The Chairboys opened the scoring through Brandon Hanlan in what proved to be as tough a night as expected at the Etihad, with City hitting the net six times.

Wycombe Wanderers travelled up to Manchester to enjoy some Premier League glitz and glamour at the Etihad Stadium in the Carabao Cup.

A full-strength Chairboys side lined up against the Carabao Cup holders, with both Dominic Gape and Jason McCarthy returning to the side after periods of injury.

The Premier League champions gave starts to a number of young players, as well as some big names in Kevin De Bruyne, Riyad Mahrez and Phil Foden.

It took Wycombe a while to get going, with nearly every member of the home side making contact with the ball before the Chairboys were able to get anything on it. However, in the 3rd minute, it looked like it would be Wycombe with the first chance of the game as Adebayo Akinfenwa chested the ball down on the edge of the box, only to be dispossessed by a young centre-back.

Akinfenwa continued to show his experience, pressuring Zack Steffen between the City sticks. Steffen, moving the ball across his box with a sloppy touch, was put under the cosh by the Beast, who won the ball but was also deemed to have fouled the City keeper in the process.

It took City until the 6th minute to see their first sight of goal, as Riyad Mahrez chipped a ball over the top to England international Raheem Sterling, who couldn’t quite stretch to get his shot away.

It was Wycombe with the next chance. Brandon Hanlan getting on the end of a cross from the right and heading goalward. Steffen was equal to the header, tipping the ball away for a corner, before the referee called the ball back for a foul.

The Chairboys had to absorb a period of high-pressure from the hosts as the clock ticked past the 15 minute mark. Ryan Tafazolli did well to deny Phil Foden on the first occasion, before a scrappy clearance led to more issues, which the centre-back again did well to snuff out.

Jordan Obita did well on the left-hand side to fashion himself an opportunity after what felt like an agonisingly long period of City pressure. Cutting in from the touchline, he raced past his man, unleashing a low strike across the face of goal which was tipped around the post by Steffen.

It was Wycombe that opened the scoring less than a minute later as a corner from Joe Jacobson caused issues for the young City defence, allowing Tafazolli to win the ball and square it to Brandon Hanlan, who made no mistake in side footing into the back of the net for his first Chairboys goal in the 22nd minute.

The goal spurred the hosts into some real action, and it looked like they had the answer straight away, as Anthony Stewart slipped in the box, allowing Kevin De Bruyne to chip goalward, with David Stockdale level to the challenge.

It wasn’t long before Manchester City made their pressure count, as Foden shrugged off challenges in midfield to thread a ball through to Kevin De Bruyne who hammered a shot across Stockdale, hitting the back of the net.

On level terms again, the Chairboys had to be strong at the back as City hit the post twice in a short period of time.

It was third time unlucky for Wycombe, as Joshua Wilson Esbrand drove down the left-hand side, cut back to Riyad Mahrez who hit the ball first time and found the back of the net.

It was the home side who cemented their lead as the half came to a close. A short corner was taken quickly to Phil Foden, whose swerving shot was hit with enough pace and power to continue its trajectory into the back of the net, despite making contact with Stockdale’s glove.

The second half kicked-off with the hosts keen to expand their lead. Stockdale had to stand tall on a number of occasions, denying Mahrez and then Foden within a matter of minutes.

In the 56th minute, Jacobson was the deliverer of a textbook inswinging corner again, with the clearance dropping to Stewart, whose shot wasn’t too far away, skidding out for a corner.

Gareth Ainsworth made his first change of the game in the 64th minute, as Sam Vokes took the place of Adebayo Akinfenwa up top.

But attacking was taking a back seat, as Jacobson was called upon just after play restarted to pull off a textbook block. Sullay Kaikai, alert to the loose ball, threaded Brandon Hanlan through in the City half, and his curling effort didn’t look too far away.

Obita was the next to try his luck, as another Chairboys break put him through one-on-one with Steffen, who did well to block during a strong spell for Wycombe.

Another change for Wycombe saw Sullay Kaikai make way for Daryl Horgan in the 67th minute.

The injection of fresh legs couldn’t prevent another City goal, as Foden provided another searching cross goal assist, which Ferran Torres made no mistake in stroking home.

Dominic Gape went down with cramp in the 74th minute, to be replaced by Josh Scowen.

Sterling was pushing Stewart to his limits, and despite the Wycombe number five’s best efforts, he could not prevent a cutback to Mahrez who added to his goal tally and made it five for the home side.

Not long after, the speed of substitute Cole Palmer on the counter attack following a Chairboys chance saw a curling effort fly past Stockdale in the 88th minute.

The Chairboys pushed right until the end, with goal-scorer Brandon Hanlan sliding a tempting effort across goal just before the 90 was up, with Obita on the opposite touchline providing a cross to the head of Sam Vokes, which sailed over the bar.

Despite a valiant showing from the underdogs, it was the Premier League giants and current holders that progressed to the next round of the Carabao Cup. All attention will now turn to Saturday’s League One fixture against MK Dons as the Chairboys look to continue their strong league form. 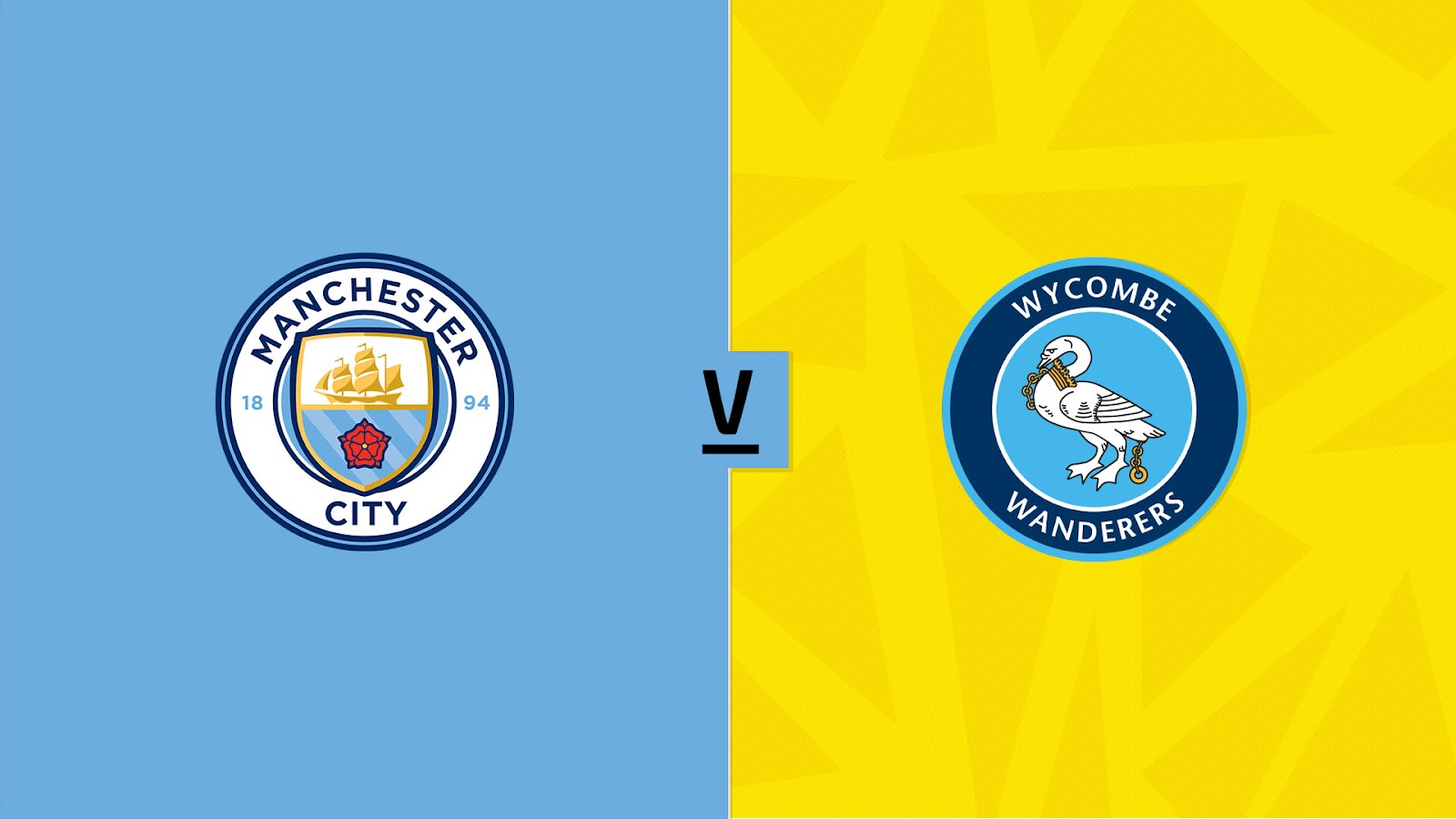 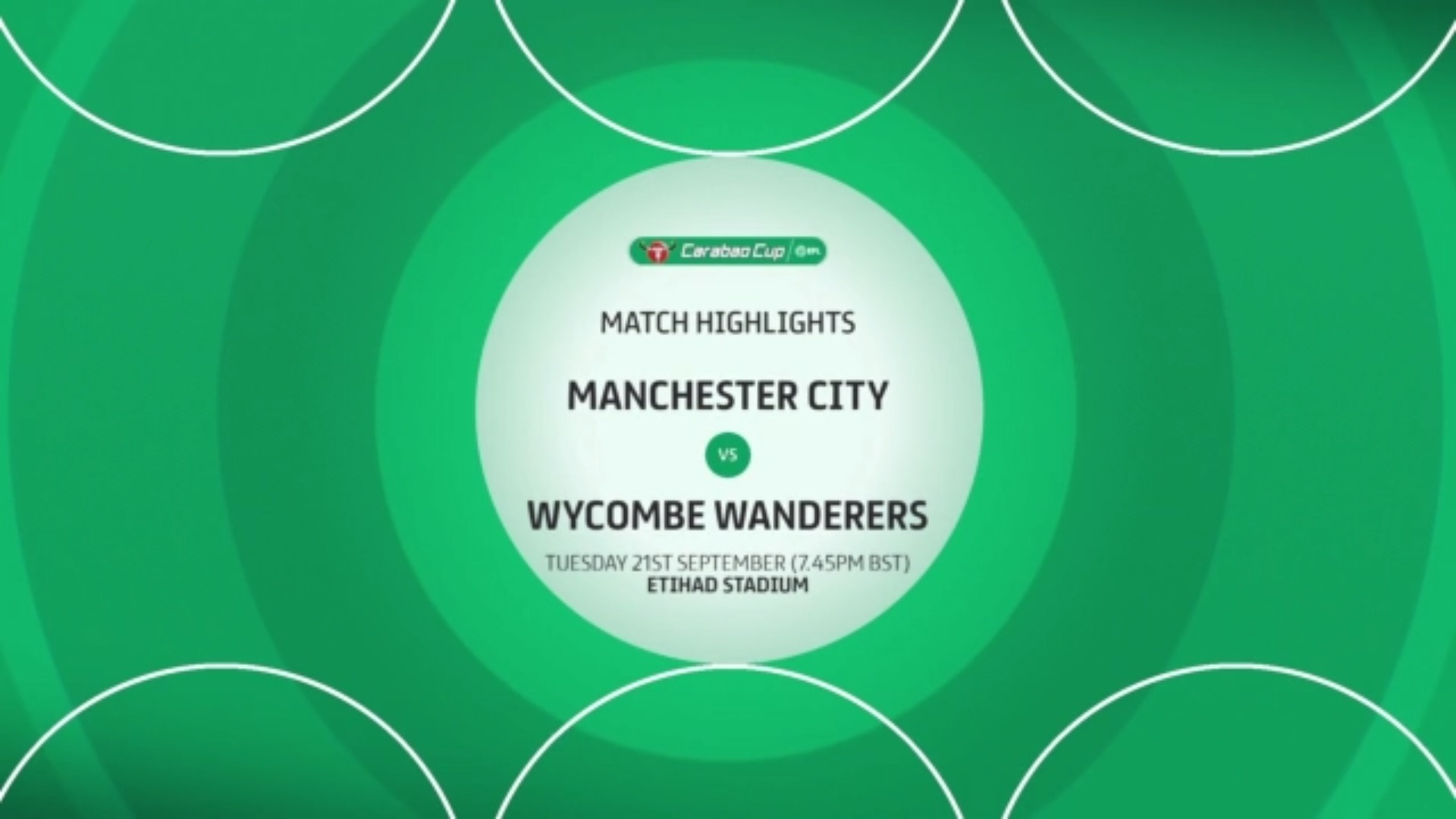 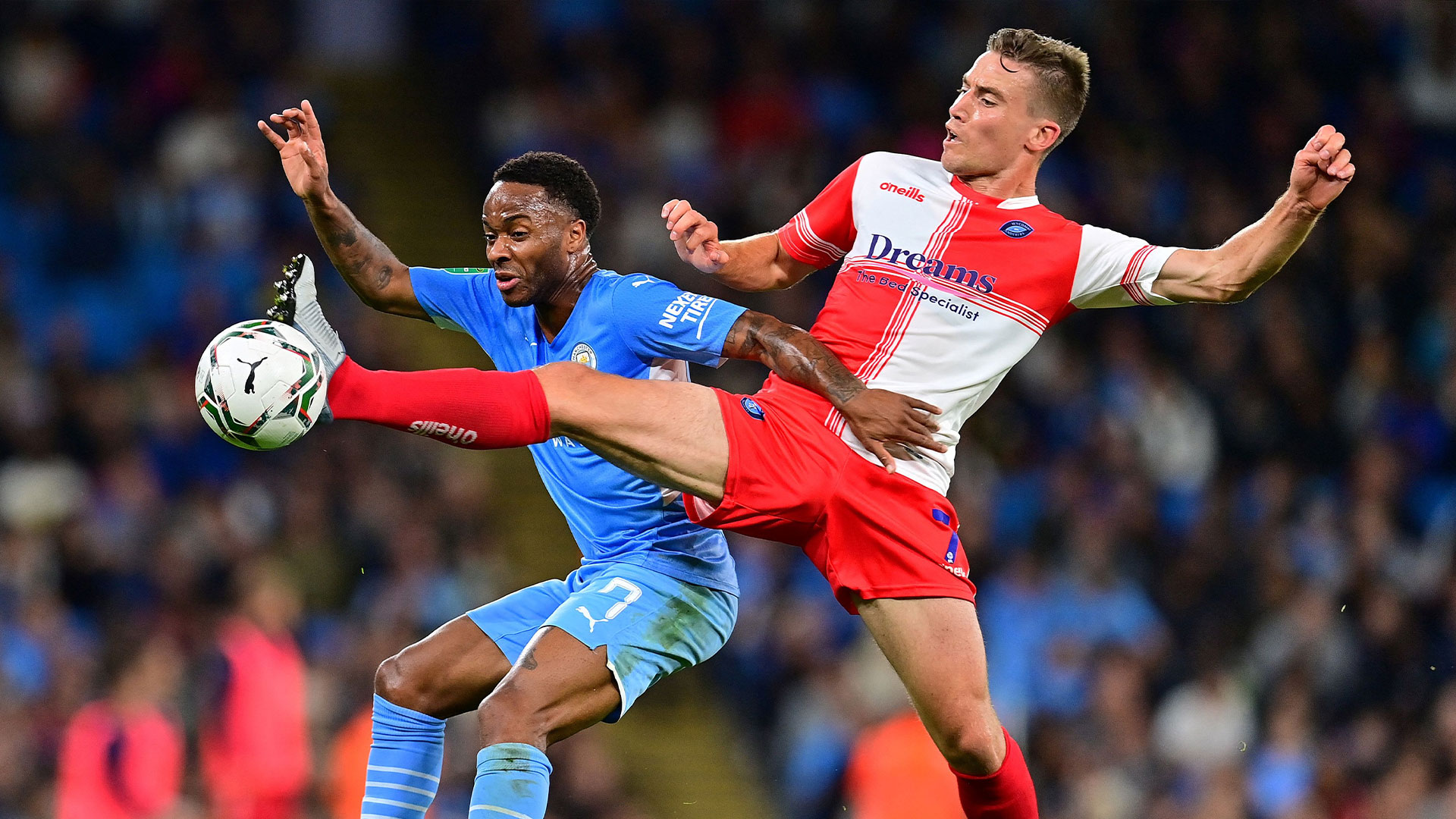