Chairboys are back in action at Adams Park looking to extend their perfect home start to the season in League 1, taking on Gillingham in just one of four games taking place in the third tier over the international weekend.

With the Premier League and Championship taking a break, there'll be plenty of eyes on Wanderers' efforts in overcoming a Gills side who've won just twice so far in the league, but boss Steve Evans' teams have always proved a tough obstacle in meetings down the years.

Adebayo Akinfenwa and Brandon Hanlan could face their former club for the Blues as they bid to replicate their goalscoring heroics of last week's dramatic 4-3 victory over Morecambe, though boss Gareth Ainsworth will no doubt have been sharpening up the squad's defensive shape in training throughout the week.

The visitors won 2-0 at Cambridge on their last away day and were victorious at Adams Park on their most recent visit in February 2019.

Team news
Nick Freeman (knee) remains the only long-term absentee for the Chairboys, while young defenders Jack Wakely, Max Ram, James Clark and Chris Forino are all carrying knocks that kept them out of the midweek game at MK Dons in the Papa John's Trophy. Dominic Gape is fit again, having come through Tuesday's game unscathed, while many first-team regulars were rested in readiness for the league battle. Sullay Kaikai and Daryl Horgan are away on international duty.

Ryan Jackson and Mustapha Carayol could return for Gillingham after injury, but Dan Phillips is still out.

Man in the middle
Premier League official Kevin Friend has refereed two top-flight games this term, and returns to Adams Park for the first time since overseeing the hotly-debated 2-1 loss to Derby County last season.

He first refereed a Wycombe game in 2004, and had teeth knocked out in an accidental collision with Matt Bloomfield the following season.

Tickets
Tickets can be purchased online up until kick-off and Ticket Office 1 will be open from 12-3pm for sales. Any tickets that have been ordered for collection can be collected in the club reception.

Parking
Parking passes must be purchased in advance for £10 until 3pm on Friday. There are no parking passes available on the day at the stadium.

You can make use of the Park and Ride scheme from West Wycombe (Cowleaze Field) for a cost of £5 per vehicle. There is also a bus service running from the High Wycombe train station with fares of £3.

The Park and Ride from Cowleaze Field will depart every 15 minutes between 1:00pm and 2:45pm, and dropping fans off at the end of Hillbottom Road. The services for the return journey will be available to board from 4.45pm, and continue as required until 6.15pm at the latest.

The bus service running from the station departing from bay X3 will run at 12:45pm, 1:30pm and 2:15pm, heading direct to Adams Park with no stops. Return journeys will run from 5:15pm and 6pm.

Food and drink
There will be the usual Hellfire BBQ in the Chairboys Village, which is open for both home and away fans, with live music from Tom Dulieu. The Away Fans Village is closed for this game.

The Caledonian Suite is open from 12pm for home fans, with a bar open. Please note that FETCH will not be in operation inside the Caledonian Suite, but fans will be able to get a wristband which will allow them to exit and re-enter in order to purchase food from the village.

The Honours Lounge and Woodlands Lounge are reserved for members only.

WiFi
You can connect to Adams Park WiFi once you're in the stadium. You will not currently be prompted to login.

Programmes
Our matchday programme BluePrint will be available to purchase from Sandie's Hut as you enter the ground. If you can't make the game, you can buy it online and have it delivered to your home. Click here to learn more.

Remembering Naz
Wanderers will pay tribute at half-time to season ticket holder Naz Bajwa, who died suddenly last weekend. Naz's friends and family will be at the game in the Family Stand.

Can't join us?
If you can't make it down to Adams Park, you can listen along on iFollow. Passes can be purchased here.


Wanderers can confirm that Daryl Horgan (Ireland), Sullay Kaikai (Sierra Leone) and Tjay de Barr (Gibraltar) have received call-ups to represent their respective countries next weekend, but the League...

A first half howitzer from Garath McCleary and a strike from Brandon Hanlan against his former club sealed a solid victory over Gillingham.

Wycombe opened the scoring after just two minutes of play. David Stockdale’s long pass was flicked on by Sam Vokes to Garath McCleary, who nutmegged the defender with his first touch before firing in an emphatic finish to bring his tally to five for the season.

Just a few minutes later, it was two. Thompson’s initial shot wasn’t dealt with properly by the Gillingham defence and Hanlan was on hand to sweep the ball home at the back post.

Just after 25 minutes, Gillingham were handed a way back into the match. Scowen’s crunching tackle on Dempsey was deemed to have been inside the box, but to the delight of the Chairboys fans, Oliver’s penalty ended up in The Terrace.

The Gills nearly pulled a goal back five minutes before the interval, but a combination of Stockdale at full stretch and a last ditch clearance from Jacobson forced the ball out for a corner.

A slow-starting second half was almost kicked into life by Joe Jacobson, but his free-kick narrowly flashed over the visitors’ crossbar.

A mix-up in defence for the Chairboys nearly gifted Gillingham a goal, but Stockdale managed to claw Stewart’s wayward header away from goal.

Adebayo Akinfenwa and Anis Mehmeti were introduced with ten to play, with the former instantly contributing at the back with a couple of stern headers from Gills set-pieces.

A solid display at the back ensured that the Chairboys kept their third league clean sheet of the season, as well as maintaining the 100% winning record at Adams Park.


Wanderers can confirm that Daryl Horgan (Ireland), Sullay Kaikai (Sierra Leone) and Tjay de Barr (Gibraltar) have received call-ups to represent their respective countries next weekend, but the League...

Tickets for the Sky Bet League 1 game against Gillingham at Adams Park are now on sale!

Wanderers take on the Gills at Adams Park on Saturday 9th October, kicking off at 3pm, and you can now book your place by logging onto tickets.wwfc.com.

Gareth Ainsworth's men have won all four of their home games so far, seeing off Accrington, Lincoln, Charlton and most recently Morecambe, in dramatic fashion.

The entertainment kicks off at noon with live sport and local food and drink served up in the Chairboys Village, before the action gets underway on the pitch at 3pm.

Head to tickets.wwfc.com to buy your tickets; match tickets can easily be downloaded to your smartphone wallet, or printed out at home and brought with you.

If this is your first time using the ticketing site, you'll need to create an account - here's how:

Ticket prices for all home league games can be found here. 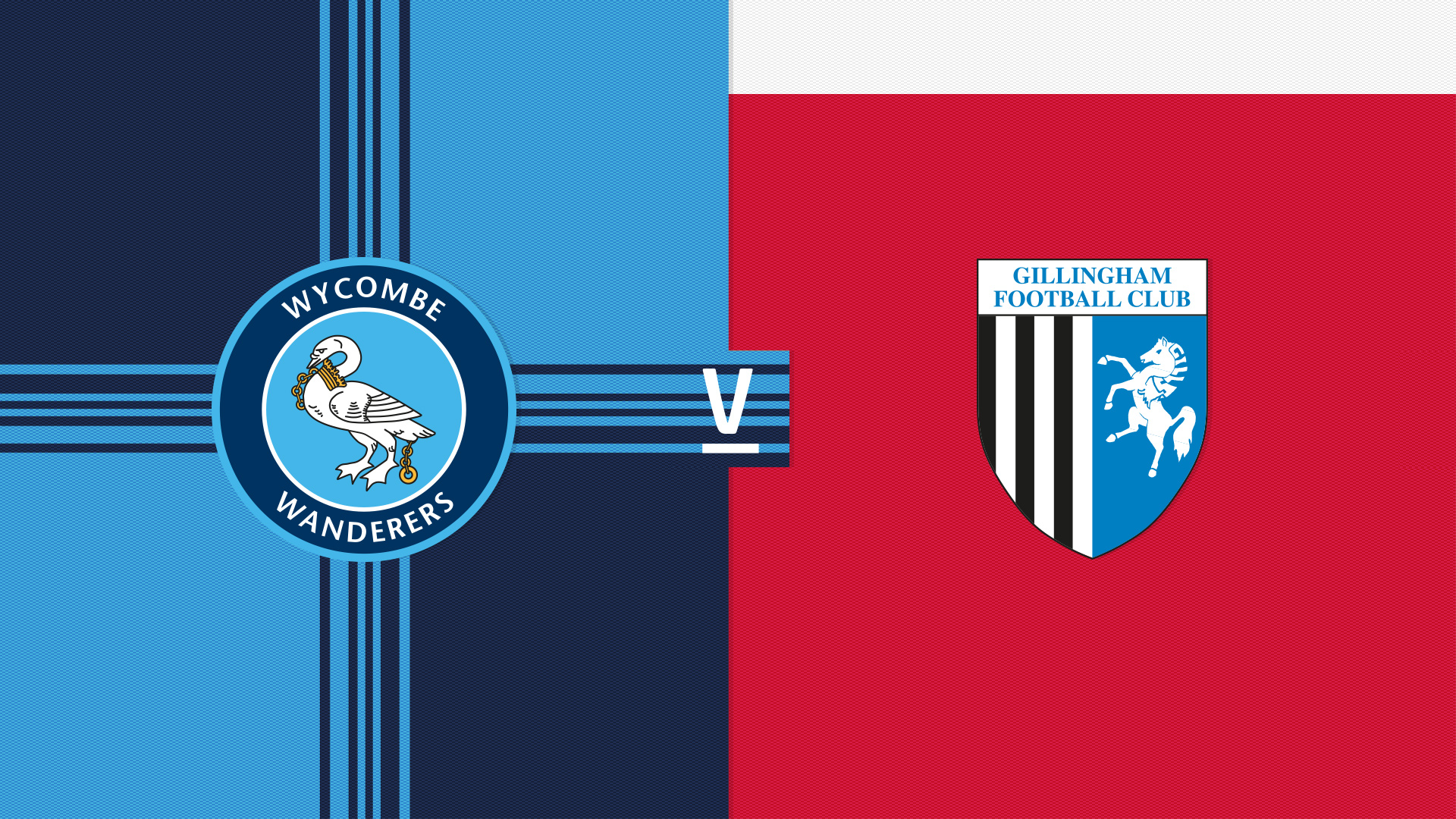 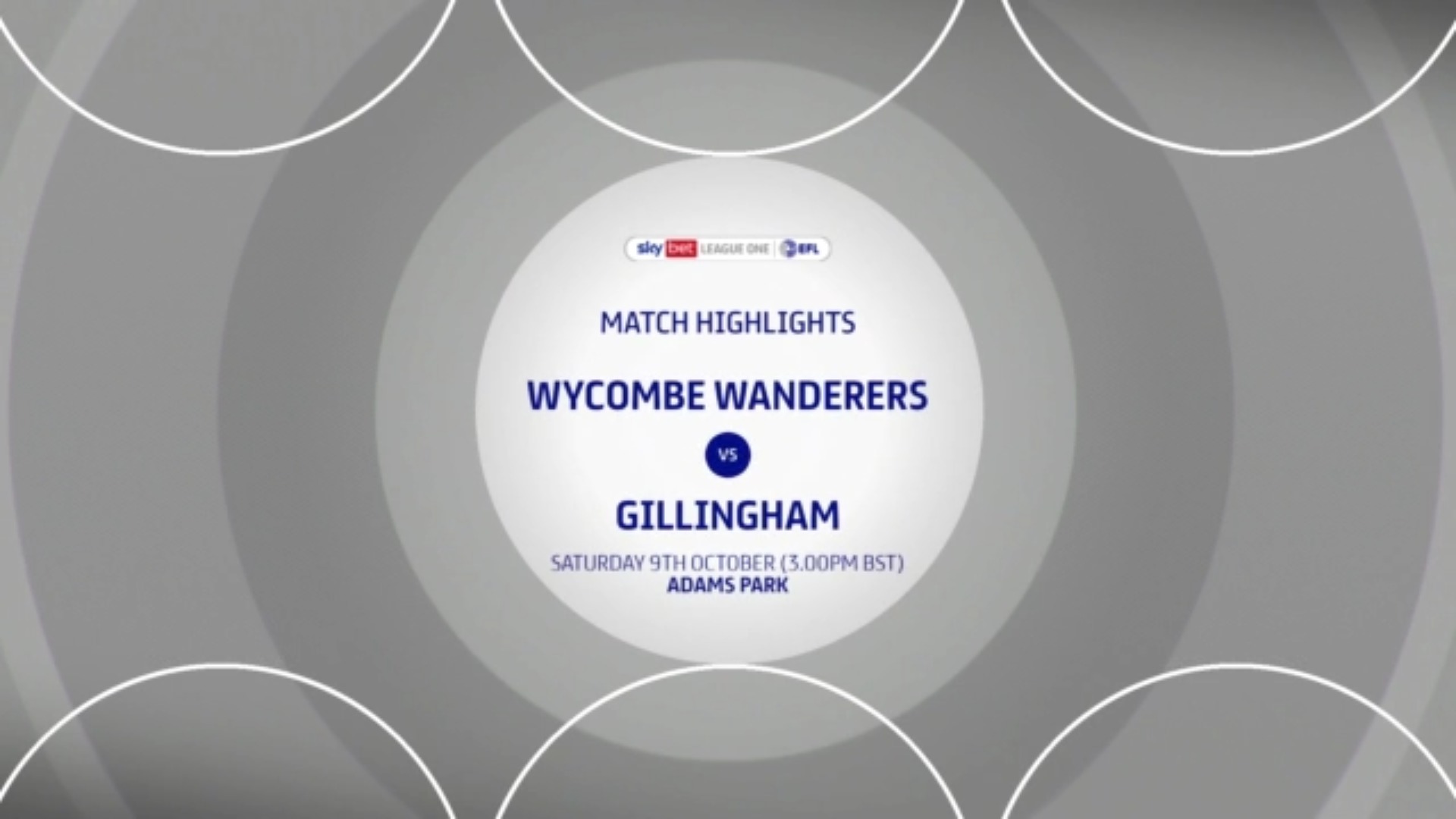 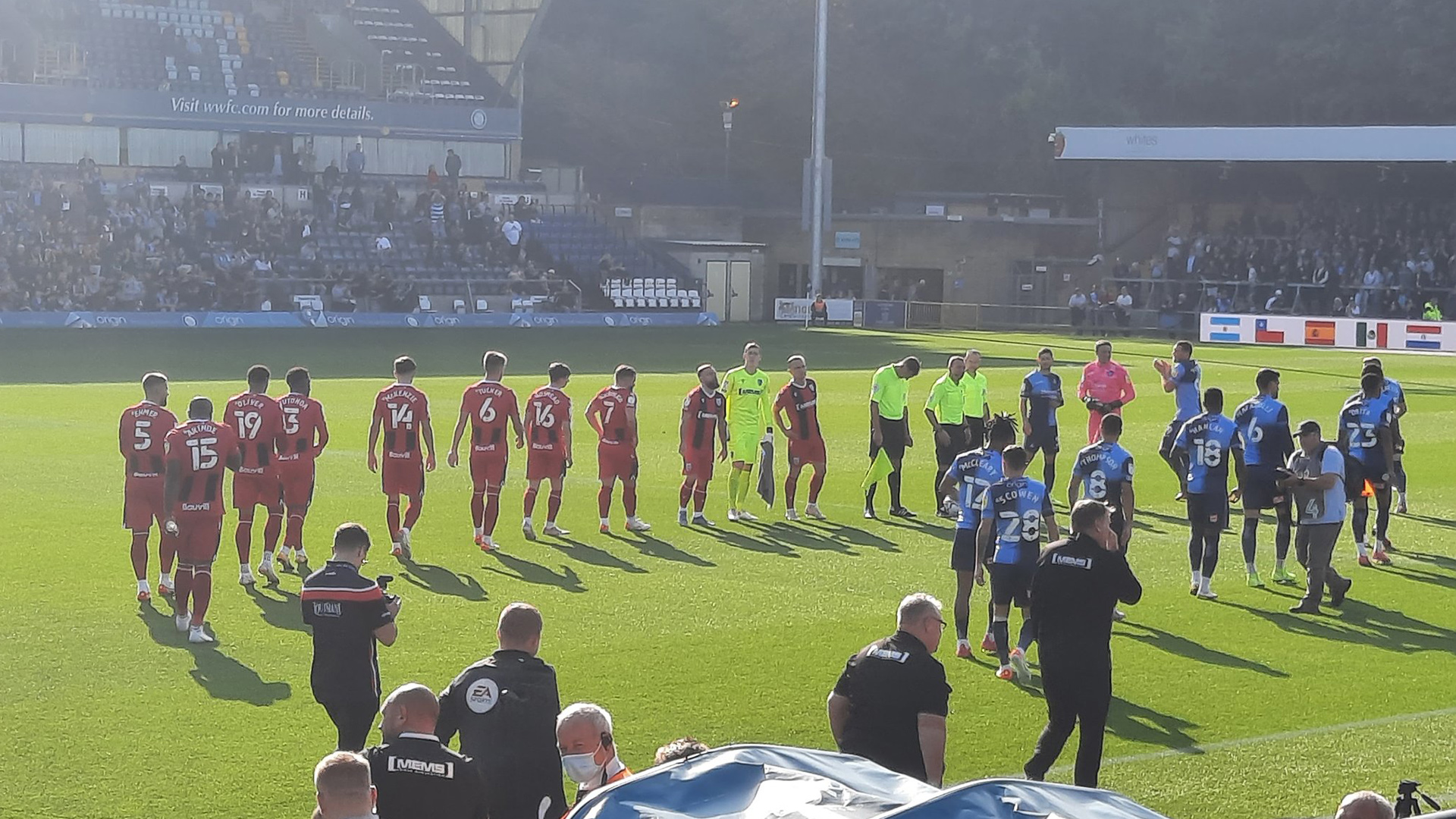