Following a convincing 2-0 home victory for the Chairboys against Gillingham, the team are back on the road for the first of a double Yorkshire header.

Wycombe will be looking for a similarly speedy start to the one they pulled off against the Gills, scoring in the 2nd and 7th minute to secure three points and keep their home league 100% record intact.

Doncaster, despite currently sitting bottom of the table with seven points from ten games, have won two of their last five, and their home record is stronger than a number of teams above them. In four league home games, Donny have won two, drawn one and lost one and will be looking to continue to build on this form.

The hosts most recent game saw them beat MK Dons 2-1 at the Keepmoat, despite Wycombe's Buckinghamshire neighbours boasting over 70% possession. They'll be looking to take their chances in order to pull off a similar shock against the Chairboys.

Gareth Ainsworth will again have a near full team at his disposal and will likely name a similar squad to the one that lined up against Gillingham at the weekend.

Doncaster manager Richie Wellens will also look to name a consistent side after an upturn in results following the international break.

Tiago Cukur could be one change to Donny's starting XI after coming off the bench to score the winner against MK Dons in their last game.

John Bostock, Ethan Galbraith and Ben Close have been key in the middle of the park for Doncaster, but the latter of the three could potentially be a doubt. Wellens will hope that this central trio will all be available in order to contend.

Tickets are available to purchase online until 12pm today. If you are unable to collect your tickets from Adams Park, they will be taken up to the Keepmoat.

You will also be able to purchase tickets on the gate.

Sebastian Stockbridge has refereed three League One fixtures this season, awarding 17 yellow cards in the process. He has refereed Wycombe six times, overseeing a balances three wins and three losses.

Doncaster Rovers have a comprehensive away supporters guide which can be found here. The guide contains useful information about getting to the ground, food and drink options and accomodation choices.

You can follow the action live with an iFollow audio pass; Get yours here.

Wanderers collected a fourth successive league victory, and a second clean sheet in a row, with a comfortable 2-0 triumph at Doncaster Rovers.

Anthony Stewart sent home a bullet header inside three minutes and Adebayo Akinfenwa doubled the lead a quarter of an hour later, giving Rovers no way back.

Gareth Ainsworth made one change to the side that defeated Gillingham at Adams Park seven days earlier, bringing Adebayo Akinfenwa into the starting XI against his former club, with Sam Vokes staying at home to be with his wife following the birth of their second child on Friday.

Vokes would've relished the delivery that led to Wanderers' opening goal inside three minutes, with Joe Jacobson curling an impeccable corner right into the heart of a packed penalty area where Anthony Stewart crashed home a header. The move had started with a sublime ball from Curtis Thompson to the right wing, where Jason McCarthy won the game's first corner, and the Jacobson-Stewart axis did what it does best.

Doncaster displayed plenty of energy in attack and reached a couple of promising areas only to be denied firstly when Jordan Obita blocked Joe Dodoo's shot, and then David Stockdale intercepted two dangerous crosses.

Rodrigo Vilca then took a heavy touch when well-placed in the box, and the lively Dodoo was crowded out after jinking into the area, before McCarthy missed a glorious chance to make it 2-0, heading wide from Garath McCleary's cross with Brandon Hanlan also lurking to attack the ball.

Action swung back to the other end, where Jordy Hiwula fired wide of Stockdale's near post, but it was Wycombe who struck next through the trusted source of Akinfenwa. McCarthy again found himself in an advanced position and teed up McCleary, who hung a perfect cross into the area for Akinfenwa to out-muscle his man and head home into the top corner.

Vilca was next to threaten for Doncaster, seeing his shot deflect off Ryan Tafazolli and into the grateful arms of Stockdale, and then Hiwula crashed the ball against the crossbar from a narrow angle after jinking his way into the box.

Brandon Hanlan was booked on 42 minutes for obstructing keeper Pontus Dahlberg as he launched into a drop-kick, and Rovers almost halved the deficit in stoppage time, only for Stockdale to produce a wonderful save down to his right to keep out Tiago Cukur's low drive.

A quieter start to the second period saw Cukur shoot wide via a deflection from 20 yards, and Ben Close blast a volley over the bar from distance, before Wanderers made their first change as Akinfenwa made way, collecting a wonderful ovation from all four sides of the stadium, with David Wheeler entering the fray.

Wycombe continued to stifle Rovers and reduce them to efforts from distance; Kyle Knoyle was the latest to have a go on 65 minutes, but drilled wide when off-balance from 25 yards.

All three of the home subs were made midway through the half, but the desired shift in momentum didn't look like coming, with the Blues keeping their discipline and composure at the back.

Along came another Rovers effort from distance - an Ethan Galbraith rocket repelled by Stockdale - before Daryl Horgan replaced Brandon Hanlan.

Chances dried up as the clock ticked towards 90, and the closest Wycombe came to a third goal was a first-time drive from McCleary which landed straight in the keeper's arms after a miscued Ryan Tafazolli volley fell in his path.

Jordan Obita then went close with a low shot from Wheeler's lay-off, and Dominic Gape headed wide from a deep cross, but the result was secure and Wycombe could celebrate a fourth success on the spin.

Tickets are now on sale for the League 1 match at Doncaster Rovers on Saturday 16th October (k.o. 3pm).

Wanderers have been given an initial allocation of 777 tickets, which are available to book in advance, and on the day.

Prices are as follows.

Wheelchair and ambulant spaces are available, with the wheelchair user paying the appropriate rate and the carer FOC.

Visit owwsa.co.uk for away coach travel. 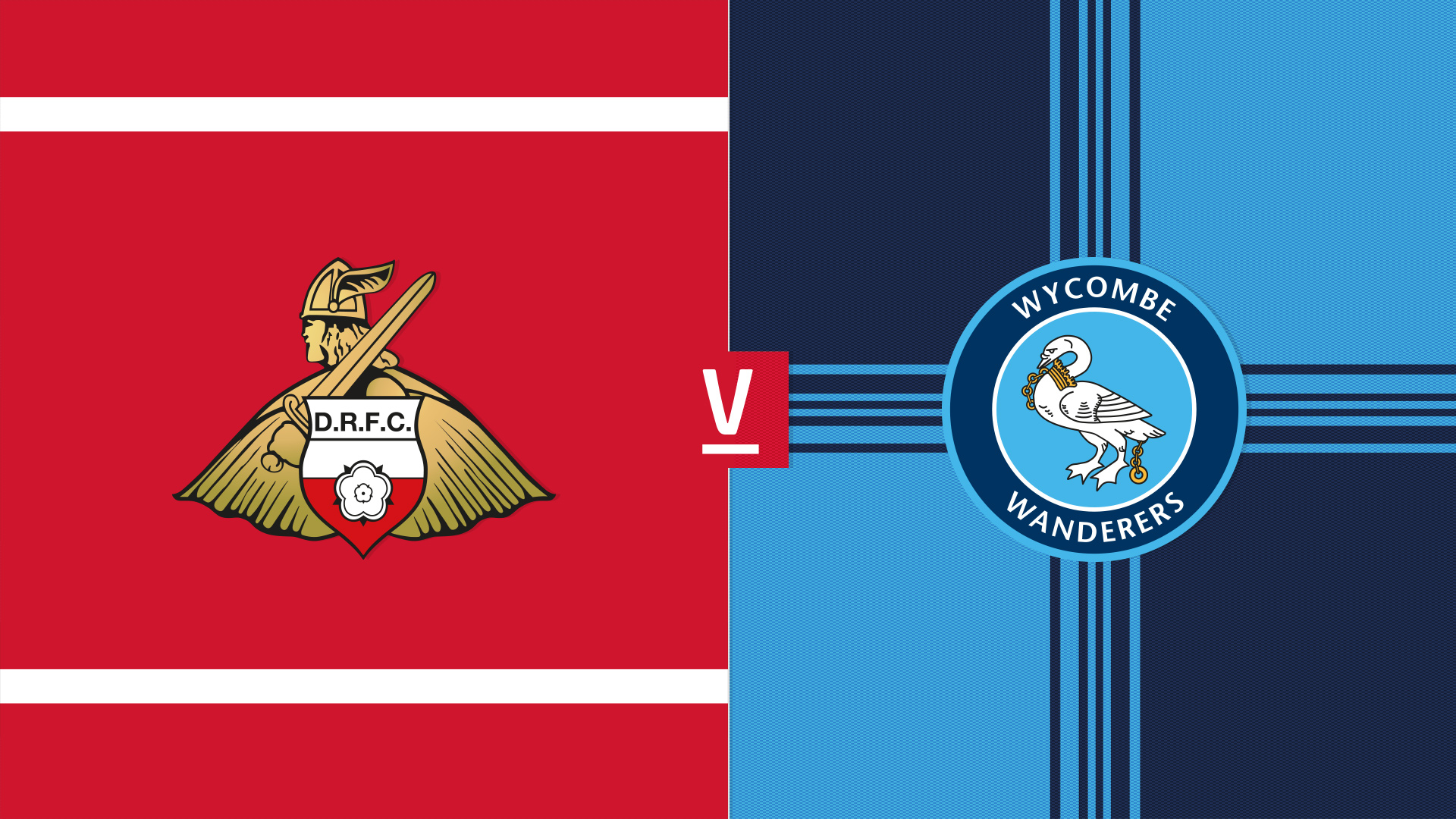 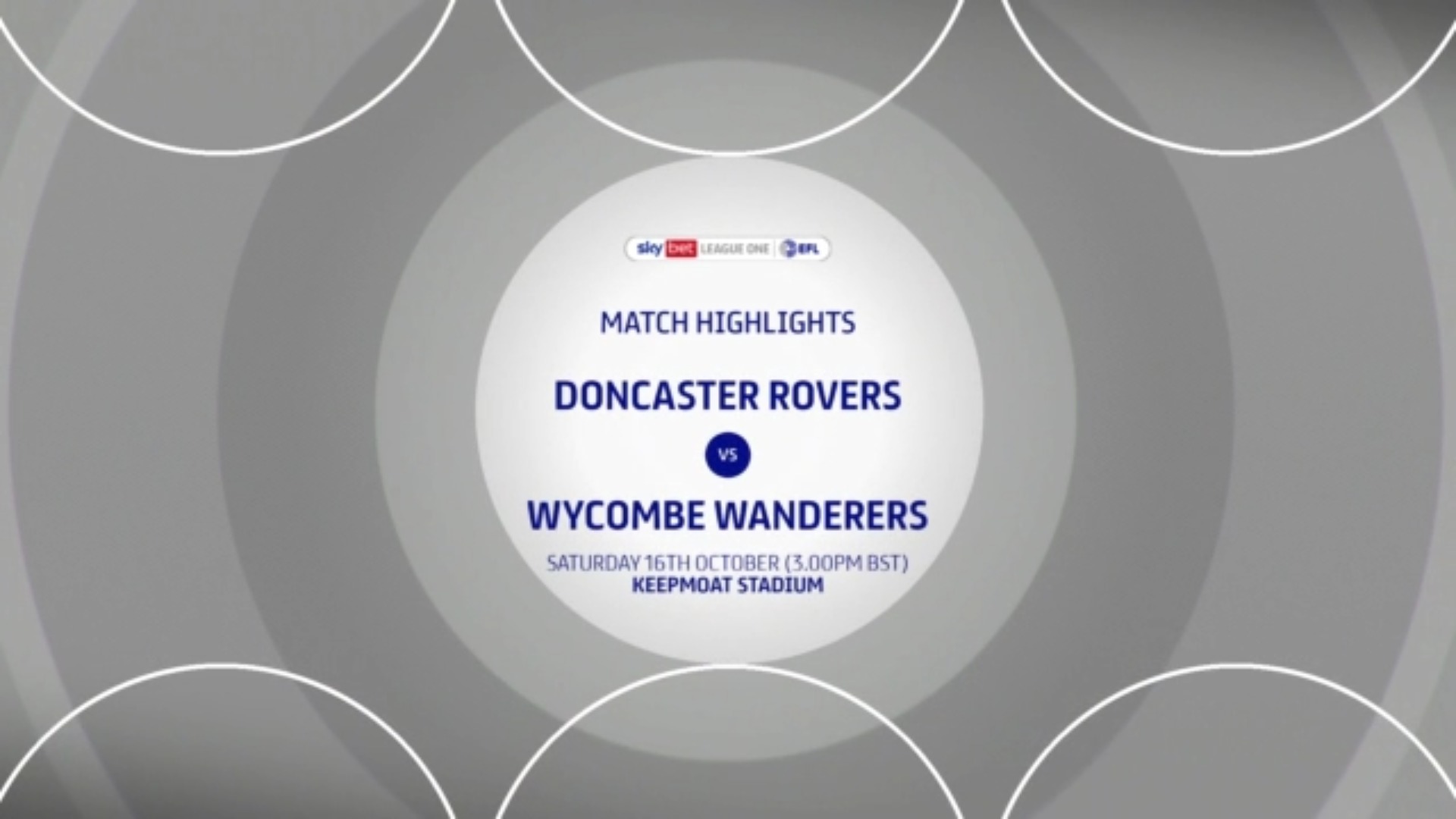 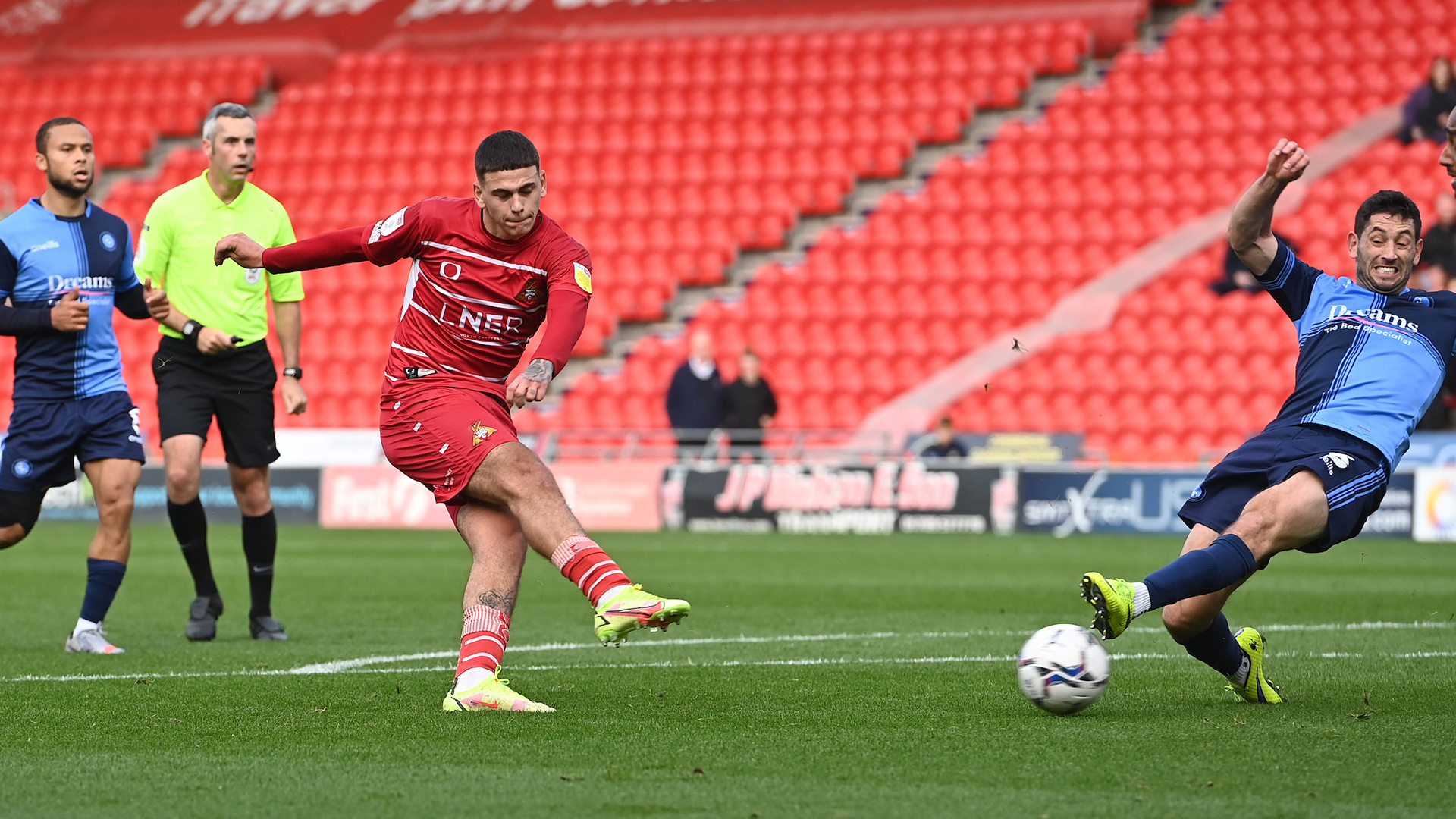