Wycombe make their first visit to the DW Stadium in 19 years, looking to continue their perfect start to the campaign against one of the title favourites after a summer of eye-catching recruitment.

Gareth Ainsworth's men head north with victories against Accrington and Cheltenham under their belts and now face a Latics outfit who slipped to defeat at Sunderland on day one, but bounced back with a last-gasp victory at home to Rotherham at the weekend.

Wigan swooped for Charlie Wyke and Max Power from Sunderland in the summer, as well as bringing Jordan Cousins, Jack Whatmough, Gwion Edwards, Tom Naylor and Stephen Humphrys to the north-west, as they bid for a return to the Championship after putting a couple of troublesome years on and off the pitch behind them.

Wanderers are looking for their best ever start to a League 1 season, which could be achieved with another three points in tonight's game which is available to watch live from anywhere in the world on iFollow.

Team News
Gareth Ainsworth has no fresh injury worries, with Matt Bloomfield, Jason McCarthy and Daryl Horgan nearing full fitness after their knocks at Exeter, while Dominic Gape, Ryan Tafazolli and David Wheeler are also close to being back in contention.

Wigan could name an unchanged side after making three changes at the weekend and collecting maximum points.

Tickets
Tickets are NOT available to purchase at the DW Stadium; click here for full details.

Man in the middle
Anthony Backhouse has only officiated one Wycombe match previously, and that was the day the Chairboys clinched promotion to League 2 courtesy of a 2-1 win at Chesterfield in April 2018. This season he's shown 12 yellow cards and no reds in three matches so far.

Can't make it?
You can watch live on iFollow with a £10 video match pass; click here to buy.

Anthony Stewart rescued a point for the Chairboys with a 90th-minute equaliser against Wigan Athletic at the DW Stadium on Tuesday night.

Callum Lang's emphatic finish soon after half-time looked to be the difference, with the Latics also having had the better of the first-half chances.

But Stewart struck late from Sullay Kaikai's corner to preserve Wycombe's unbeaten start to the season, ahead of the visit of Lincoln to Adams Park on Saturday

Gareth Ainsworth kept faith with the side that started in Saturday's 3-1 victory at Cheltenham, with the only change coming on the bench - Daryl Horgan replacing Tjay de Barr.

Wigan paraded new signing James McClean on the pitch before kick-off and their fans were on their feet again soon after the game began, with Will Keane jinking past Anthony Stewart before blasting wastefully over the bar with only David Stockdale to beat.

Then Tendayi Darikwa somehow missed the target from close range after the ball broke to him in the Latics' second attack of the game on six minutes, requiring a wake-up call from Wanderers boss Gareth Ainsworth at the next break of play.

It sparked a response as the Blues began to stem the tide and created the next chance for themselves, when Sam Vokes flicked on Jack Grimmer's throw neatly into the path of Garath McCleary, whose first-time shot from a tough angle was held by the keeper Ben Amos.

Wycombe grew more into the game and Anis Mehmeti came close on 24 minutes, starting a move with a glorious pass to Jordan Obita on the wing, and then racing into the box to meet Sullay Kaikai's knockback from Obita's cross, only for Mehmeti to see his shot deflect out for a corner. The resulting delivery almost flew straight in, but Jack Whatmough cleared from under his own crossbar.

Back came Mehmeti with another moment of magic, exchanging passes with McCleary whose scooped ball into the box was taken in Mehmeti's stride, only for his shot to be kept out by the keeper.

Wigan's first chance in half an hour arrived at the head of Charlie Wyke, and he really should have scored, as Jordan Jones' inviting cross was missed by Stewart and the striker planed his free header over the bar.

Jones was involved again moments later, reacting quickly to pounce on Jack Grimmer's under-hit backpass, but David Stockdale raced from his goal to deny the winger's first-time effort with his legs.

Back came Jones with another excellent contribution, whipping in a cross which was converted by Will Keane with a diving header only for the linesman to raise his flag for offside, before - at the other end - Mehmeti curled over the bar after some clever touches in the Latics' area.

That was the last real act of the first half, but the deadlock was broken fewer than two minutes into the second period. Wycombe were aggrieved to have conceded a free-kick moments after the referee failed to spot a foul on David Stockdale, and when the delivery came in from the home side, it fell kindly for Callum Lang to lash an unstoppable effort past the keeper into the top corner.

Wycombe's Olly Pendlebury and Wigan's Charlie Wyke were booked either side of a smart save from Stockdale, diving full-length to tip away Jordan Jones's long-range strike, before Gareth Ainsworth introduced Curtis Thompson and Daryl Horgan from the bench as Olly Pendlebury and Anis Mehmeti made way.

The move saw Wycombe move a a 4-1-4-1 shape, bringing Kaikai and Josh Scowen behind Sam Vokes as Horgan and McCleary occupied wide positions, and Scowen went for goal from a free-kick 25 yards out midway through the half, only to see his effort blocked by the wall.

Will Keane headed against the bar from Jack Whatmough's knockback as the Latics almost doubled their lead, before Sam Vokes headed a cross into the grateful arms of Ben Amos at the other end.

Vokes was withdrawn with 15 minutes to go as Adebayo Akinfenwa took his place in attack, and he hooked an awkward chance wide from a Kaikai corner after Horgan did well to unlock the defence.

Clear-cut chances were hard to come by for the Blues, despite their efforts to apply pressure to the Latics' backline as the clock ticked towards 90, and Jordan Obita was booked shortly before slicing a shot wide from 20 yards.

But then came the moment. Akinfenwa's presence from a cross earned a corner, and Kaikai's delivery was perfect for Anthony Stewart to rise highest at the back post to head home.

The celebrations had barely died down when Wigan then earned a free-kick in dangerous territory right on the edge of the box, but Max Power's effort was poor, into the wall, and nerves were eased again before the final whistle rang out.

The Chairboys have been given an initial allocation of around 700 seats in the North Stand.

Wigan have requested that tickets will NOT be available to purchase on arrival at the stadium, and that where possible, Wanderers should limit the number of pre-booked tickets required to be collected on the night.

Wycombe will post out any tickets ordered on Thursday 12th August, but none after this date, to ensure that they arrive in time for matchday. Tickets ordered after Thursday can be collected from Adams Park until 12pm on Tuesday, and the remainder will be taken to the DW Stadium for collection.

Please note you will need a paper ticket to access the stadium; fans who buy online will receive a confirmation email but this is NOT your ticket and cannot be used to enter the stadium.

Can't get to the game? You can watch it live on iFollow with a £10 match pass! 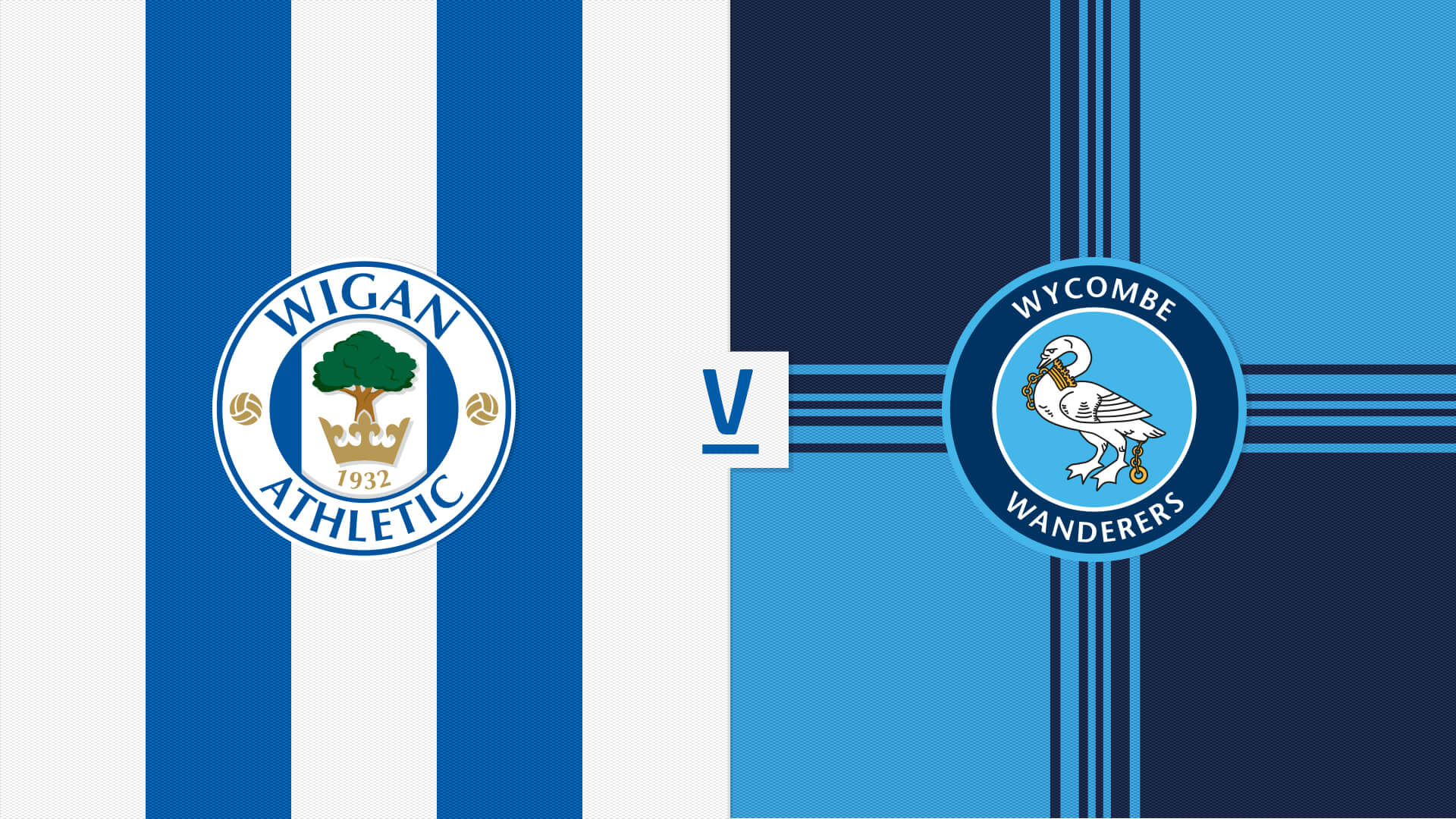 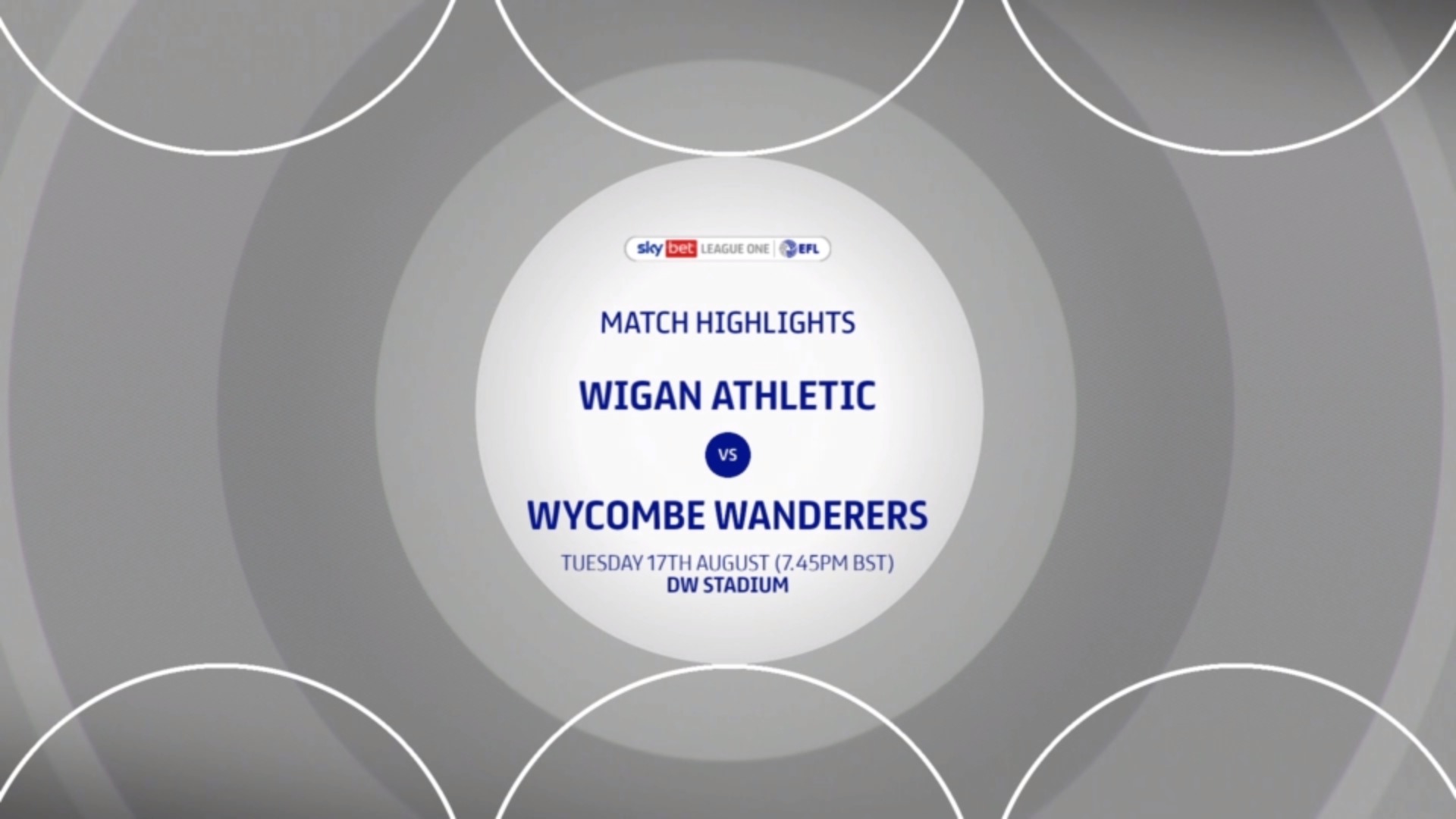 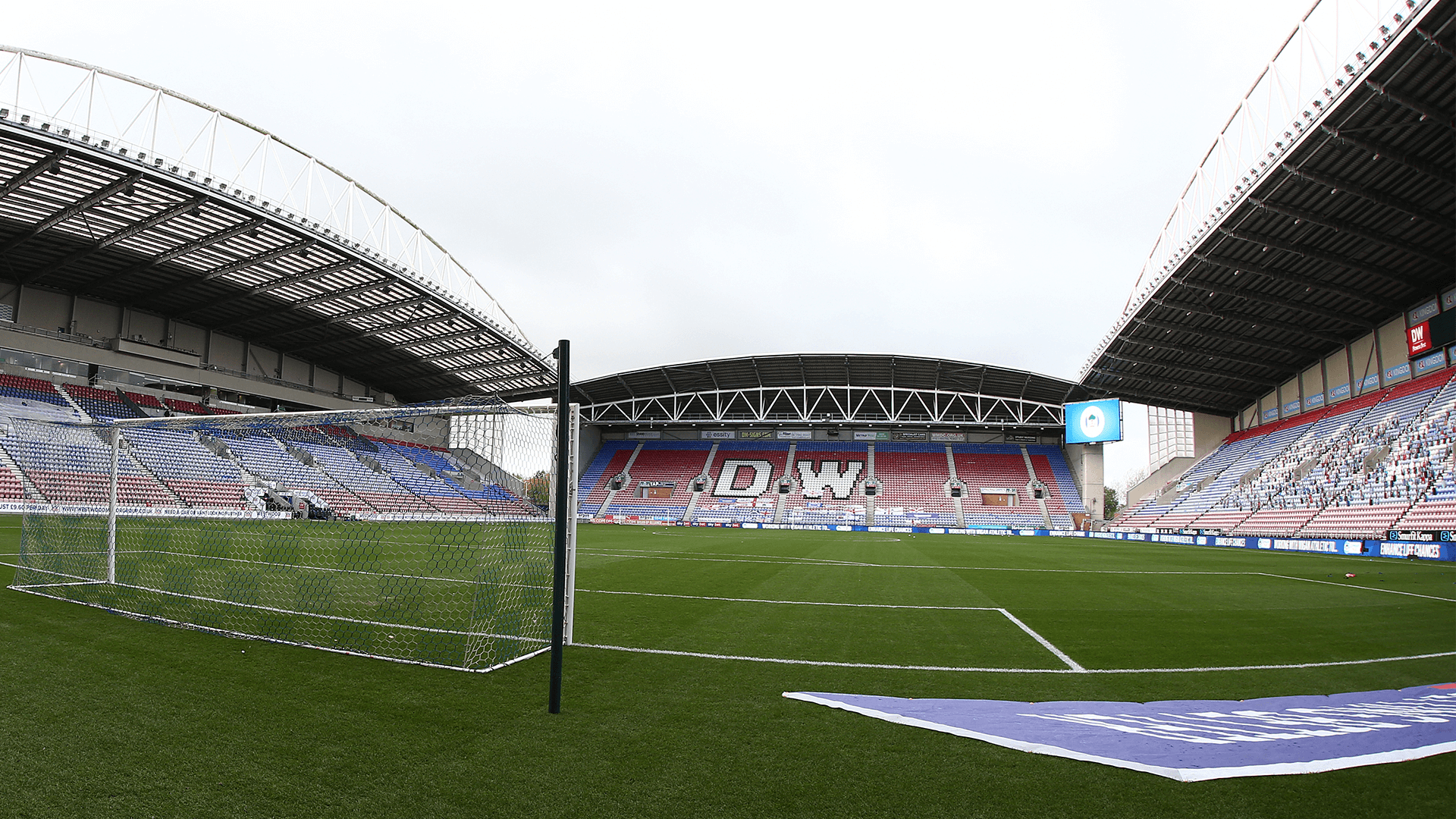