Matchday 2 of the League 1 season.

With one league win and a cup triumph under their belts already, Gareth Ainsworth's men look to continue their perfect start to the season against last year's League 2 champions, in the Robins' first home game in front of fans in 2021.

Wanderers dazzled going forward against Accrington last weekend and showed resilience when required in defence to thwart the Grecians after a series of injuries began to deplete the squad in midweek, with Ainsworth hoping each of those victims are available for action this weekend.

Cheltenham began the campaign with a creditable 1-1 draw at Crewe and saw off Bristol Rovers in the cup in midweek, with boss Michael Duff telling the press in midweek that Wycombe's rise from League 2 and subsequent consolidation and promotion serves as an inspiration to clubs of the Robins' stature.

Wycombe won 2-0 on their last visit to Gloucestershire when Adebayo Akinfenwa scored and set one up; he's scored 12 career goals against Cheltenham and will be hungry for another one at least.

Team News
Matt Bloomfield, Joe Jacobson, Jason McCarthy and Daryl Horgan all picked up knocks in midweek and are being assessed ahead of the trip, but Garath McCleary, Josh Scowen and Adebayo Akinfenwa are likely to feature after being rested. Curtis Thompson returned from injury on Tuesday, with Dominic Gape and Ryan Tafazolli still in the treatment room.

Cheltenham striker Kyle Vassell scored on his debut in midweek but is still building up match sharpness so could be rotated to the bench. Boss Michael Duff made seven changes to his side for the cup game and their impressive victory will have given him food for thought.

Tickets
Tickets can now only be bought on arrival at the Jonny Rocks Stadium; any pre-booked tickets can be collected from Cheltenham's stadium from 1.30pm. Click here for the full ticket details.

Man in the middle
Carl Boyeson has officiated 19 Wycombe matches, most recently a 1-0 loss to Gillingham at Adams Park in February 2019. His first was way back in 2002; a 0-0 draw at Huddersfield.

Can't make it?
You can listen live on iFollow with an audio match pass; click here to buy.

However, former Reading youngster Pendlebury netted twice in five minutes with stylish finishes to secure the points for the visitors, who celebrated in front of close to 1,000 supporters enjoying their first away day with the Blues since February 2020.

Gareth Ainsworth made two changes to the side that defeated Accrington in the league seven days earlier, with Jason McCarthy and Daryl Horgan feeling the effects of knocks at Exeter in midweek, so Sullay Kaikai slotted in at right wing-back while Anis Mehmeti lined up behind Sam Vokes.

Wycombe began brightly and should have scored inside two minutes; Sullay Kaikai's corner was cleared and returned into danger, being flicked on by Jack Grimmer to an onside Jordan Obita who could only plant a free header over the bar.

Cheltenham survived a risky back-header moments later, with Sam Vokes also intercepting a dangerous pass back to the keeper, but the Robins grew into the game and Liam Sercombe squandered a promising chance, delaying his shot and being forced away from goal after the ball landed kindly for him in the box.

And then came the breakthrough at the other end; a memorable one for Sam Vokes - his first in a Wycombe shirt. Joe Jacobson's first corner was sliced behind for a second by the defender, and the delivery this time was inch-perfect, inviting Vokes to rise highest and power home a header from close range on 16 minutes.

Cheltenham responded well, with Alfie May shooting tamely at David Stockdale on the turn, but the second goal could've gone the way of the Wanderers before the break when Anis Mehmeti danced his way into a superb position, only to see his low effort well saved by Owen Evans.

But instead it was the Robins who found the net just before the 45th minute, when Callum Wright's inviting cross was met by the onrushing Andy Williams, whose bullet header gave Stockdale no chance.

May then wriggled into another goalscoring opportunity in stoppage time but saw his effort beaten away at the near post by Stockdale, before the teams descended into the tunnel to reassess their gameplans for the second period.

A careless start to the second half saw too many mistakes from both sides, and Alfie May will have rued his missed chance when he stayed onside to latch on to a long ball forward, only to have his shot blocked by Stockdale when one-on-one with the keeper.

May was denied again by Stockdale on 57 minutes before being withdrawn as Kyle Vassell came on for his home debut, but Wycombe were beginning to stretch the home side with Vokes winning most aerial duels and the visitors attempting to bring Sullay Kaikai into the game more and more from the right wing.

Garath McCleary headed goalwards from a cross from Jordan Obita, who grew more and more into the match as a real attacking outlet down the left, but the keeper was equal to it.

Then Anis Mehmeti dragged a shot narrowly wide of the keeper's right-hand post after good work to drive forward, but the pressure was to pay off as a new star was born.

Olly Pendlebury was playing just his second EFL game and scored twice inside three minutes to put Wanderers 3-1 ahead, either side of the arrival of Adebayo Akinfenwa and Nick Freeman from the bench as Garath McCleary and Sam Vokes made way.

His first was a beautiful curling effort from Sullay Kaikai's cutback after good play from Mehmeti, and his second was a low arrowed effort into the corner after Mehmeti's cross was headed out to him 20 yards out, each sparking jubilant scenes behind the goal.

The quickfire double stunned the hosts, and lengthy treatment given to David Stockdale may have taken the sting out of any immediate response they were hoping for.

Curtis Thompson replaced the excellent Mehmeti in nine minutes of stoppage time, but there were to be no further chances of note as Wanderers celebrated their six-point haul from two games ahead of Tuesday's trip to Wigan.

Tickets are now only available to buy on arrival for Saturday's League 1 match at Cheltenham Town (kick-off 3pm).

Wanderers have sold out their initial allocation of 716 tickets in the Hazlewoods Stand behind one goal (all seated).

A further allocation of around 300 seats will be available to buy on arrival at the Jonny Rocks Stadium.

All tickets ordered online will be made available for collection only, and not posted. They can be collected from Adams Park before 1pm on Friday, or from the Jonny Rocks Stadium from 1.30pm on the day of the game. 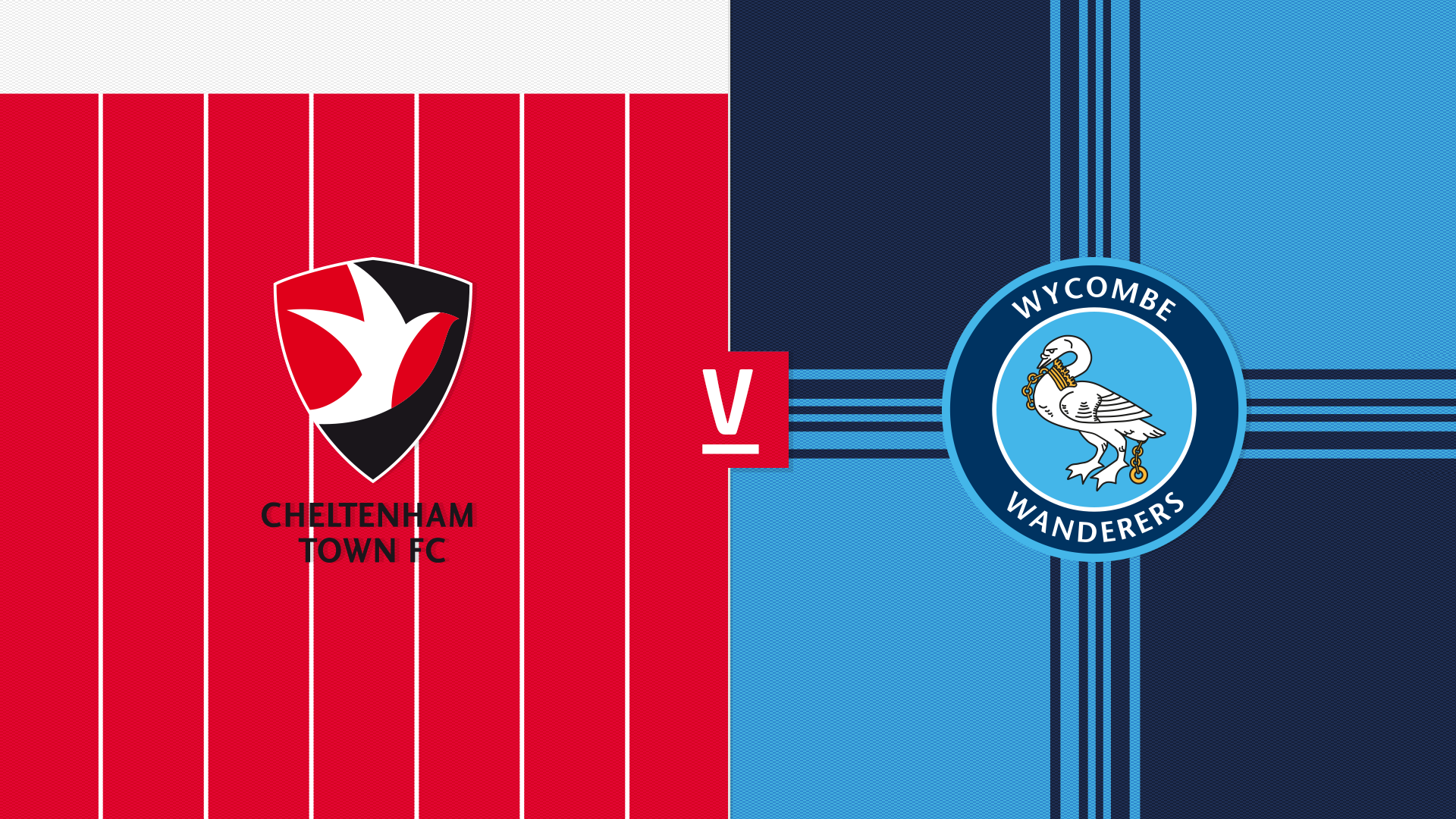 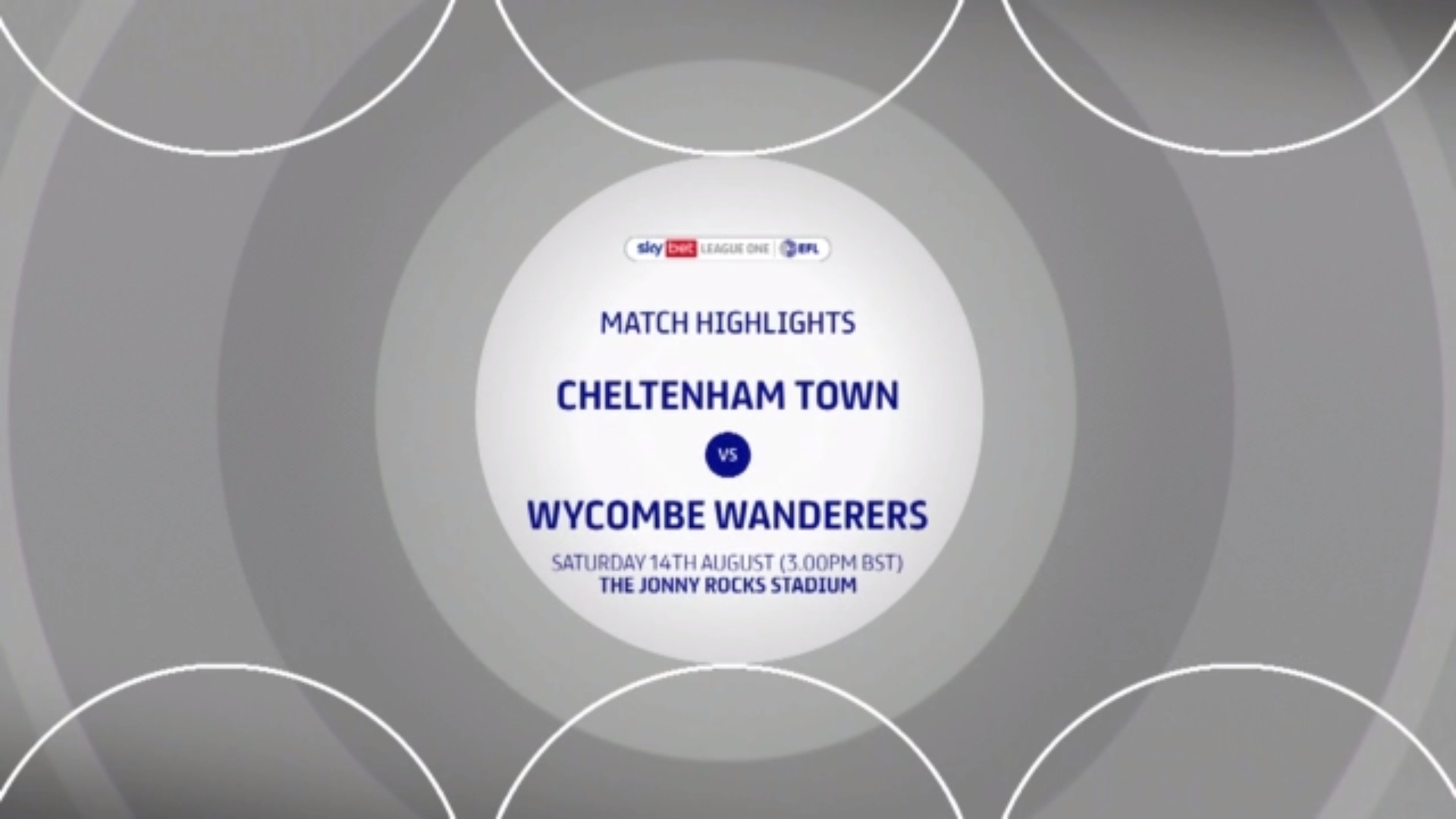 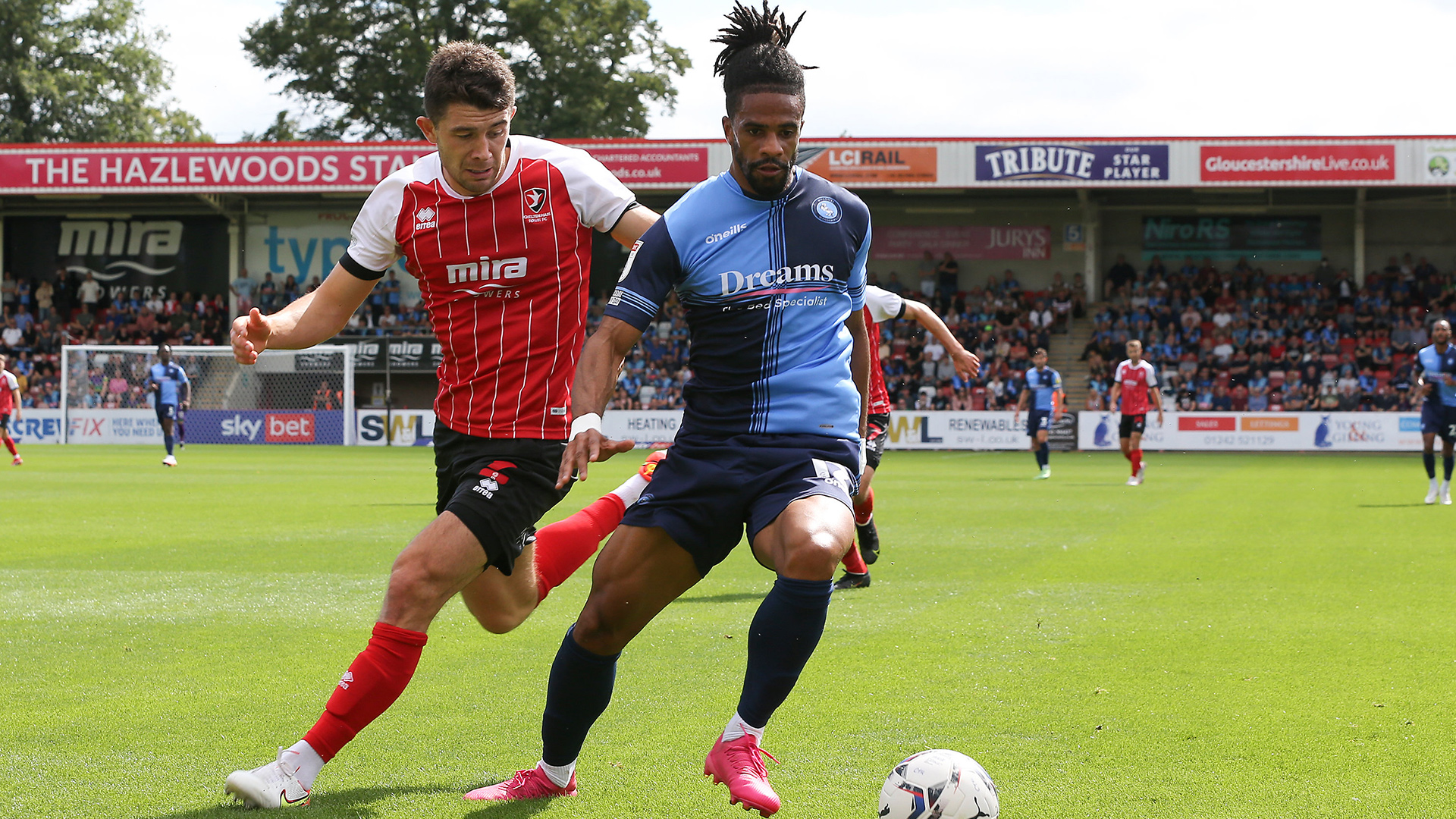