With 133 years of non-league and lower league glory behind them, Wycombe Wanderers will step out at an empty Adams Park tomorrow to embark on a new adventure in the Championship, taking on Rotherham United in the first game of the new season.

Gareth Ainsworth's men earned their place in the second tier with victory at Wembley in the play-off final on July 13th and haven't stopped working since, strengthening the squad with a number of signings to ensure they're fully prepared for the challenges ahead, and performing well in their Carabao Cup meeting with Brentford last weekend.

Paul Warne's Millers finished the curtailed 2019/20 season in second place to return to the Championship at the first time of asking, and their first competitive game since March ended in a penalty shootout defeat at Salford City in their cup encounter.

With only a handful of essential staff, media, sponsors and directors in attendance due to Covid-19 restrictions, supporters will instead enjoy a four-camera live stream on iFollow - make sure you read up on how to secure your pass in plenty of time for kick-off.

A reminder to please stay away from Adams Park so as to not jeopardise the health and safety protocols in place.

Team News
Dominic Gape is suspended following his sending-off at Brentford, while Adebayo Akinfenwa continues his rehab from a knee operation in the summer, but Ainsworth has an otherwise fully-fit squad to call upon, with Uche Ikpeazu and Alex Pattison available again after injury and illness respectively.

Rotherham are believed to have Curtis Tilt and Trevor Clarke absent due to injury, but Richard Wood and Ben Wiles are likely to be back from injury.

Kit
Wanderers will be in their brand-new Dreams-sponsored quarters.

Man in the Middle
James Linington was last in charge of a Wanderers fixture in September 2017, officiating the 2-1 home defeat to Luton. Last season the Championship referee dished out 74 yellow and three red cards in 30 matches.

How to Watch
Click here for our comprehensive guide on how to follow the action; season ticket holders should have received a free pass for iFollow, and should email tickets@wwfc.com if this hasn't arrived. For any technical difficulties relating to your iFollow account, please email ifollow@efl.com but be aware of a high volume of queries across the EFL which may cause a longer than desired waiting time.

Chairboys Live: Matchday
Tune in to a live studio show hosted by Dan Simpson on YouTube from 11.45am; click here for more details.


Wanderers' opening day fixture against Rotherham United at Adams Park will kick off at the earlier time of 12.30pm.

The first half was limited to few very good chances, as early on, Daryl Horgan on his league debut hit a shot over the bar from yards out after Scott Kashket found the Irishman free. The next best chance fell to Darius Charles, as he hit the post inside the six-yard-box after a free-kick from set-piece king, Joe Jacobson.

In what was a quiet second half, the best chance Wycombe created fell to Kashket as he was found in behind again and managed to lob the ball over the Rotherham goalkeeper, but Wes Harding stopped the ball crossing the line.

As the game went into stoppage time, Rotherham won a late corner and Ihiekwe found the back of the net, with a header into the corner, winning all three points for the Yorkshire side.

Gareth Ainsworth’s men started the game well, as Scott Kashket was found in behind the Millers’ defence two minutes in, a theme that would follow throughout the rest of the match. He squared the ball to Wycombe’s league debutant Daryl Horgan, who could only put the ball over the bar from a few yards out.

Wycombe would come even closer after 33 minutes, as Scott Kashket was fouled on the left-hand side of the pitch. Jacobson lined up the free-kick and found Darius Charles, who could only hit the post from close range.

The ball then fell to the edge of the area, where Alex Pattison made Rotherham keeper Jamal Blackman work, but it was a comfortable save in the end.

Chances were at a premium during the early stages of the second half as David Wheeler’s cross was palmed away by the Rotherham shot-stopper.

With ten minutes left to play in the game, Kashket was found in behind again as he successfully looped the ball over the 6 foot 7 Chelsea loanee Jamal Blackman. However, the ball would be blocked on the line by Wes Harding, as the Chairboys searched for a late winner.

The final moment, however, would come from Rotherham as captain Michael Ihiekwe headed the ball in, during the second minute of injury time, after a lofted corner in from Joe Mattock.

The Wanderers' next game is up against Blackburn, as the gaffer faces his hometown club in a 3pm kick-off on Saturday 19th of September.


Wanderers' opening day fixture against Rotherham United at Adams Park will kick off at the earlier time of 12.30pm. 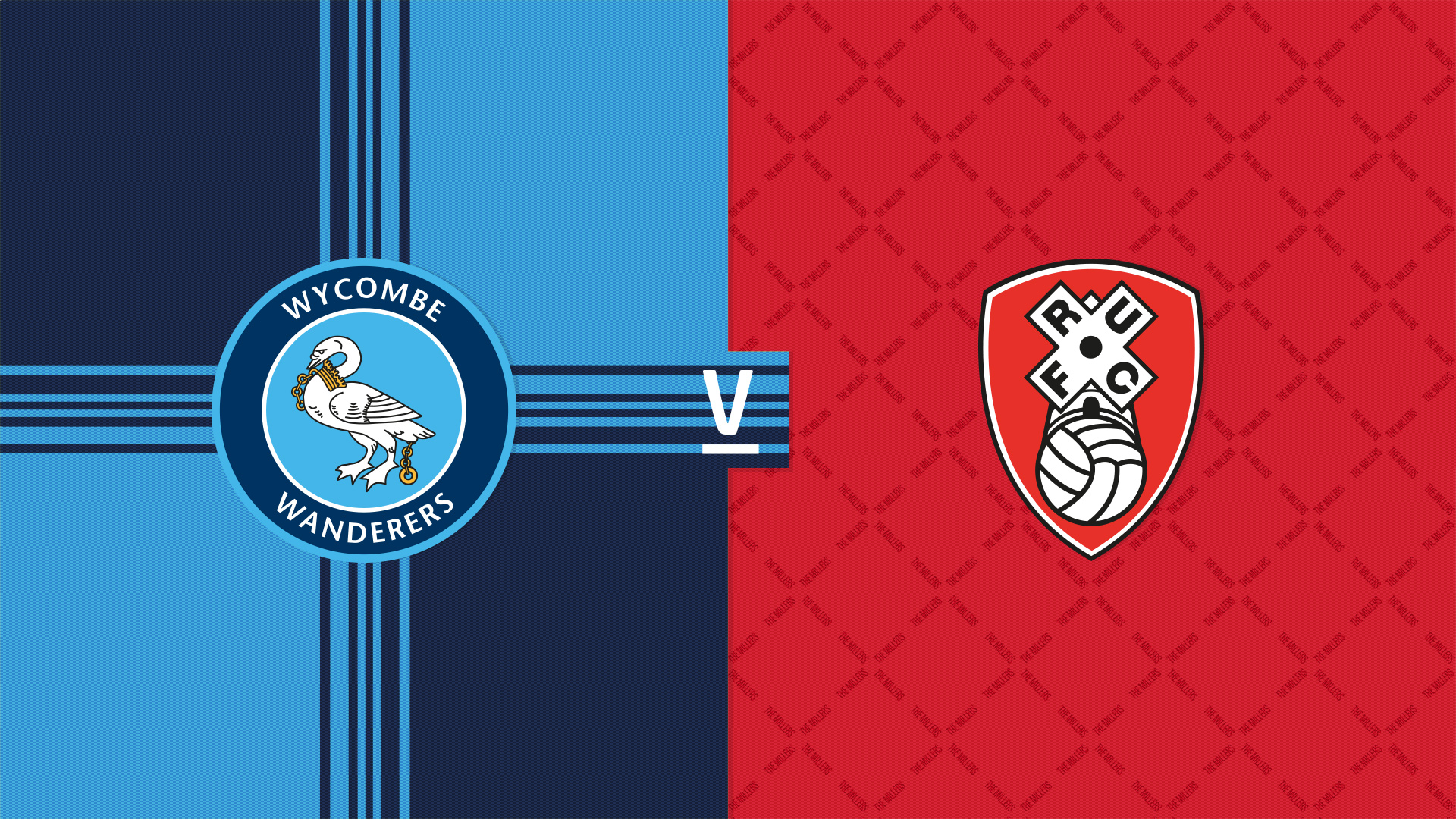 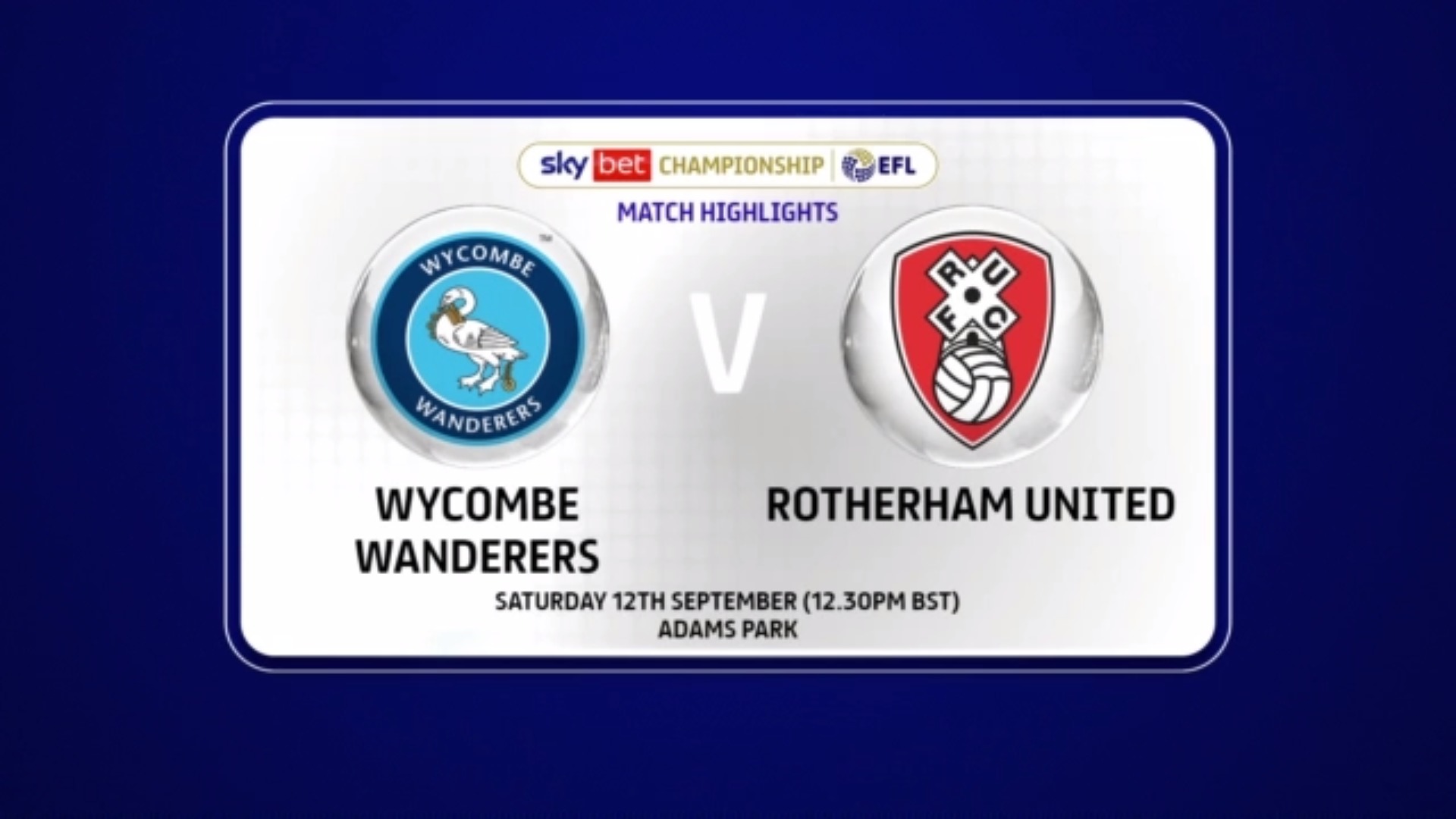 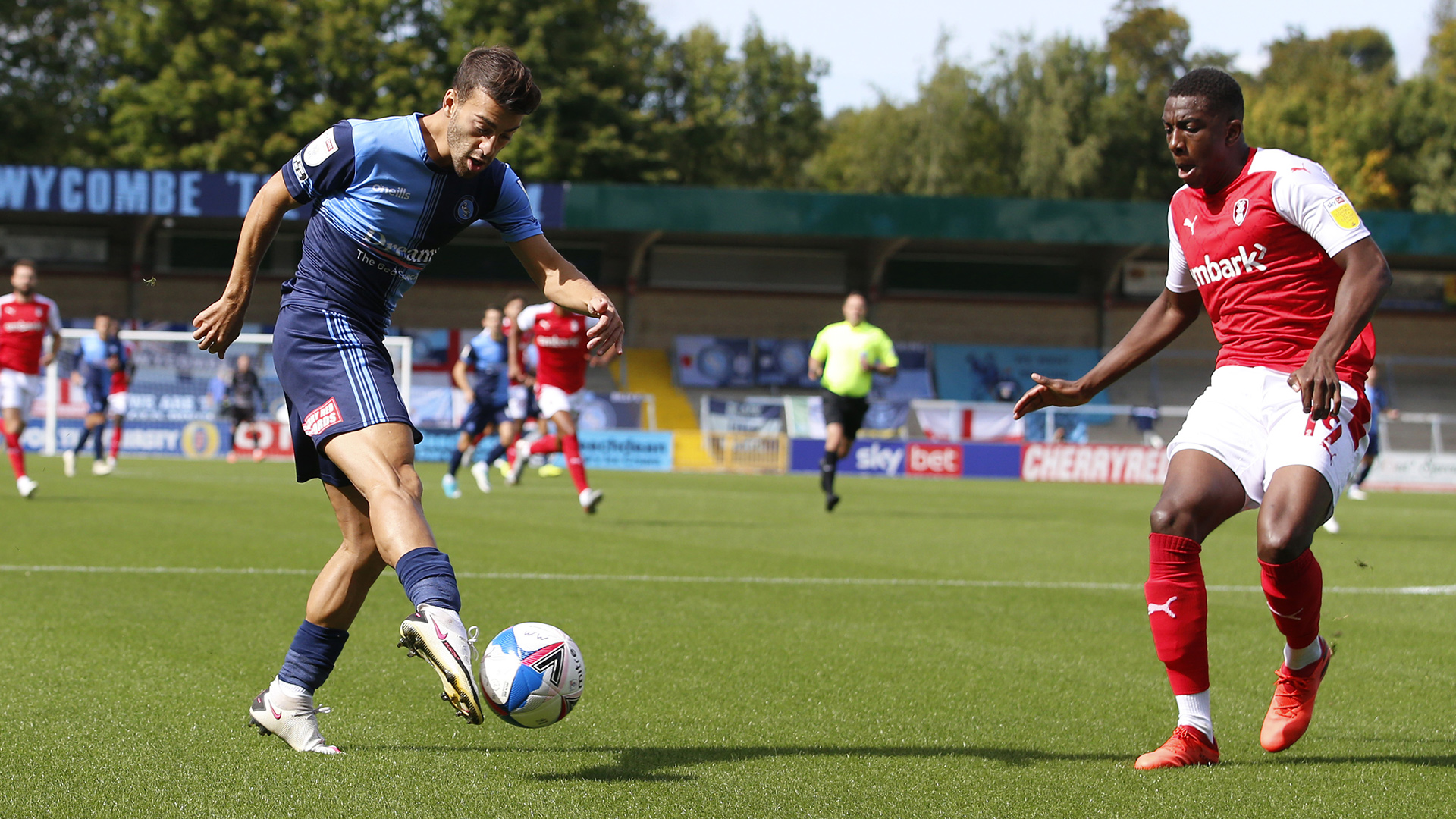