It’s been 14 years since Wanderers won a single League Cup fixture without the need for a penalty shootout, and as they take that record to the new home of the defeated Championship play-off finalists, the odds are stacked firmly against Gareth Ainsworth’s side. Now where have we heard that before?

Brentford are undoubtedly the story of the tie, attracting the Sky Sports cameras to their Community Stadium which so far has hosted only one pre-season friendly; a 2-1 victory over Oxford United.

Wycombe enjoyed the exact same outcome in their last competitive fixture and have taken on three Premier League names as part of their own preparations for the new Championship campaign.

Regular opponents in friendly matches in recent years, the Bees and the Blues haven’t crossed paths in competitive fixtures since a League 1 encounter in January 2012, and this will be their first meeting in a League Cup tie having previously contested one FA Cup and three Trophy battles in Wycombe’s Football League era.

Team News
Wanderers could hand debuts to summer signings Uche Ikpeazu, Daryl Horgan and Ryan Tafazolli, with Giles Phillips and Jason McCarthy in line for a potential second and fourth debut for the club respectively after rejoining the summer. Darius Charles could lock horns with his former side, while assistant boss Richard Dobson was a coach with Brentford's youth setup before switching to Adams Park 13 years ago.

Brentford are missing a handful of talents due to international call-ups, but could field summer capture Ivan Toney who departed Peterborough last week.

Kit
Wanderers will be in their mango change strip, now sponsored by Dreams, with the goalkeeper in the brand-new Mardi Gras kit.

Man in the Middle
Charles Breakspear was last in charge of a Wanderers fixture in February, officiating the 3-1 win over Tranmere in which he awarded the Blues a late penalty. He took charge of just one game post-lockdown; the League 2 play-off semi-final second leg between Exeter and Colchester.

Second Round Draw
The draw for the next stage will be made shortly after the conclusion of this fixture, split into north and south sections, live on Sky Sports.


Wanderers' Carabao Cup first round tie at Brentford has been selected for live TV coverage on Sky Sports, and will be played on Sunday 6th September (k.o. 12pm BST).

Wanderers exited the Carabao Cup at the first round stage, losing 4-2 on penalties to Brentford after a 1-1 draw at the Bees' new home.

Ethan Pinnock headed the hosts into a first-half lead but Wycombe overcame the adversity of losing Dominic Gape to a straight red card when debutant Daryl Horgan blased them level.

Nick Freeman and Scott Kashket missed their spot-kicks during the shootout and although Mathias Jensen was also wayward with his effort, Brentford edged through 4-2.

Gareth Ainsworth had to do without Adebayo Akinfenwa, still recovering from a summer knee operation, as well as new striker Uche Ikpeazu and keeper Cameron Yates, who missed out with knocks, and Alex Pattison was ill. Josh Parker started in a front three alongside Alex Samuel and David Wheeler, while the back five was the same as the unit that started in the play-off final win over Oxford.

Brentford’s impressive new stadium was befitting of the fanfare of a packed house rather than the smattering of applause that greeted their arrival onto the pitch, but both clubs’ experiences – albeit with mixed results – of an empty house at Wembley two months earlier would’ve made it a not all too unfamiliar experience.

Josh Parker had the game’s first chance, diverting Joe Jacobson’s free-kick over the bar, and then Tariqe Fosu skewed his shot wide at the other end from Emiliano Marcondes’s cutback.

The Bees’ marquee summer signing Ivan Toney mistimed a header from Fosu’s cross, before Alex Samuel came inches away from connecting with Parker’s inviting cross from the right.

Matt Bloomfield drilled over the bar from 25 yards as Wycombe continued to look assured and confident against one of the second tier’s classiest operators last season, but they came unstuck from a routine free-kick when Ethan Pinnock found himself unmarked to head home the first competitive goal at the new stadium on 32 minutes.

Alex Samuel came close to a leveller with a superb touch, turn and shot from Ryan Allsop’s long kick, but Luke Daniels was equal to it down to his right, before Toney glanced a header wide from a dinked cross.

Dominic Gape saw a first-time shot blocked by Darius Charles before Allsop tipped Fosu’s side-footed effort over the bar as the half drew to a close, with the visitors feeling hard done by to be trailing at the interval.

Action resumed with no changes for either side, but Wanderers’ task was made more challenging when Dominic Gape was shown a straight red card for a challenge on Jan Zamburek.

Anthony Stewart produced a fine last-ditch tackle to prevent Toney a run at goal before Rico Henry lashed a shot wide from just outside the box as the Bees looked to make their extra man count, and Toney was again involved with a snapshot which was well kept out by Allsop.

At the other end, Josh Parker’s instinctive shot from out wide almost found its way past Daniels at his near post, but Brentford again took control and almost doubled their lead when Sergi Canos’ curling effort from the corner of the box landed inches wide.

Daryl Horgan was handed his debut on 64 minutes as he and Scott Kashket replaced Samuel and Parker in attack, and Fred Onyedinma followed soon after, taking David Wheeler’s place.

And before long, Wanderers were level. Pinnock’s pass was badly underhit and Kashket took full advantage, venturing goalwards and squaring for fellow sub Horgan to blast home from close range.

Brentford were almost the makers of their own downfall again, conceding possession sloppily to Horgan who picked out Onyedinma in space away to his left, but as the ball refused to sit kindly, the winger’s shot was kept out by Daniels.

Kashket then capitalised on a Charlie Goode mistake but couldn’t get his shot away, as Wycombe looked the more likely to find a winner before the full-time whistle sounded and the penalty shootout got underway.

Jacobson and Horgan found the net with their kicks, but Freeman and Kashket's misses proved costly as the Bees progressed.


Wanderers' Carabao Cup first round tie at Brentford has been selected for live TV coverage on Sky Sports, and will be played on Sunday 6th September (k.o. 12pm BST). 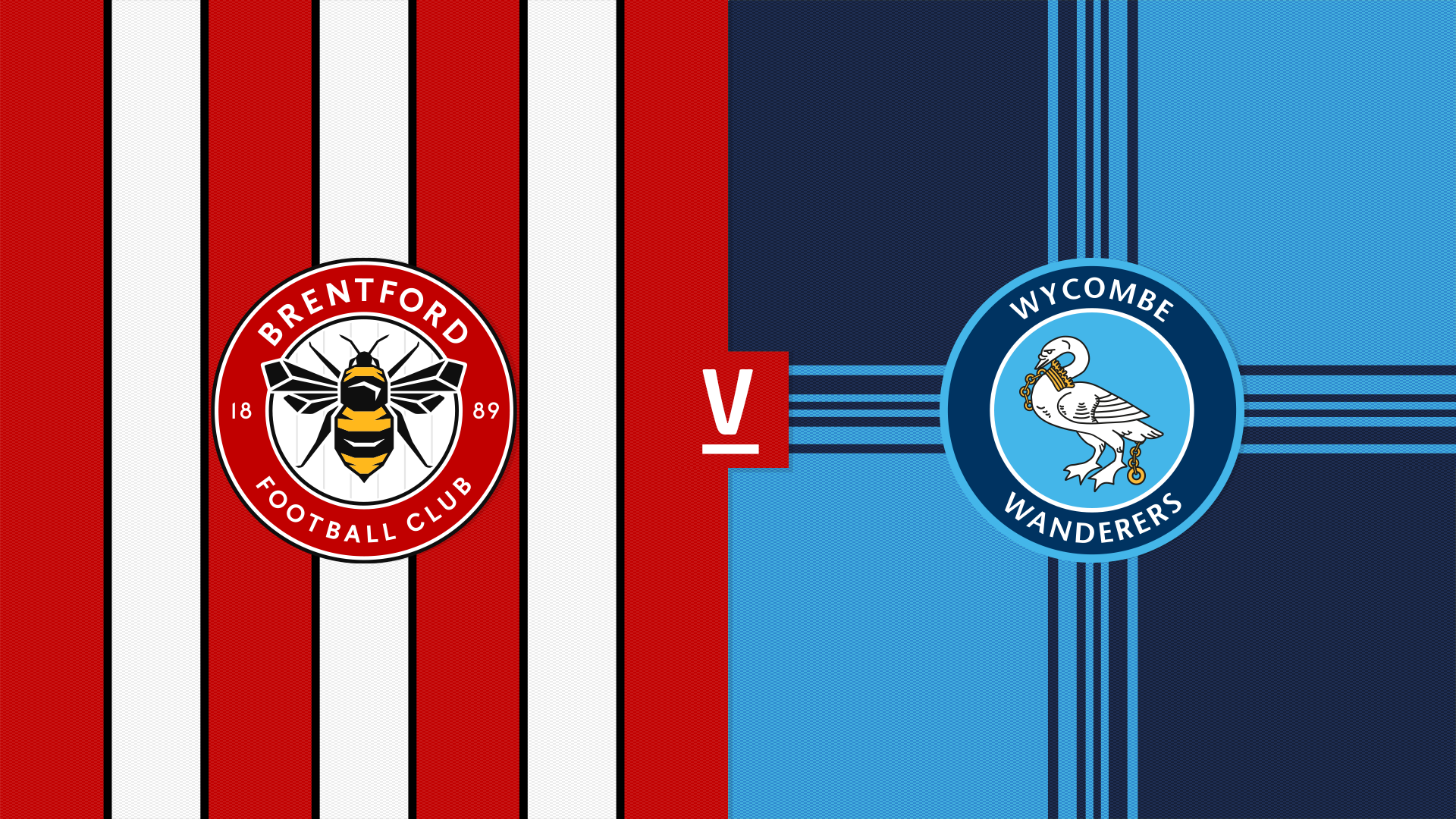 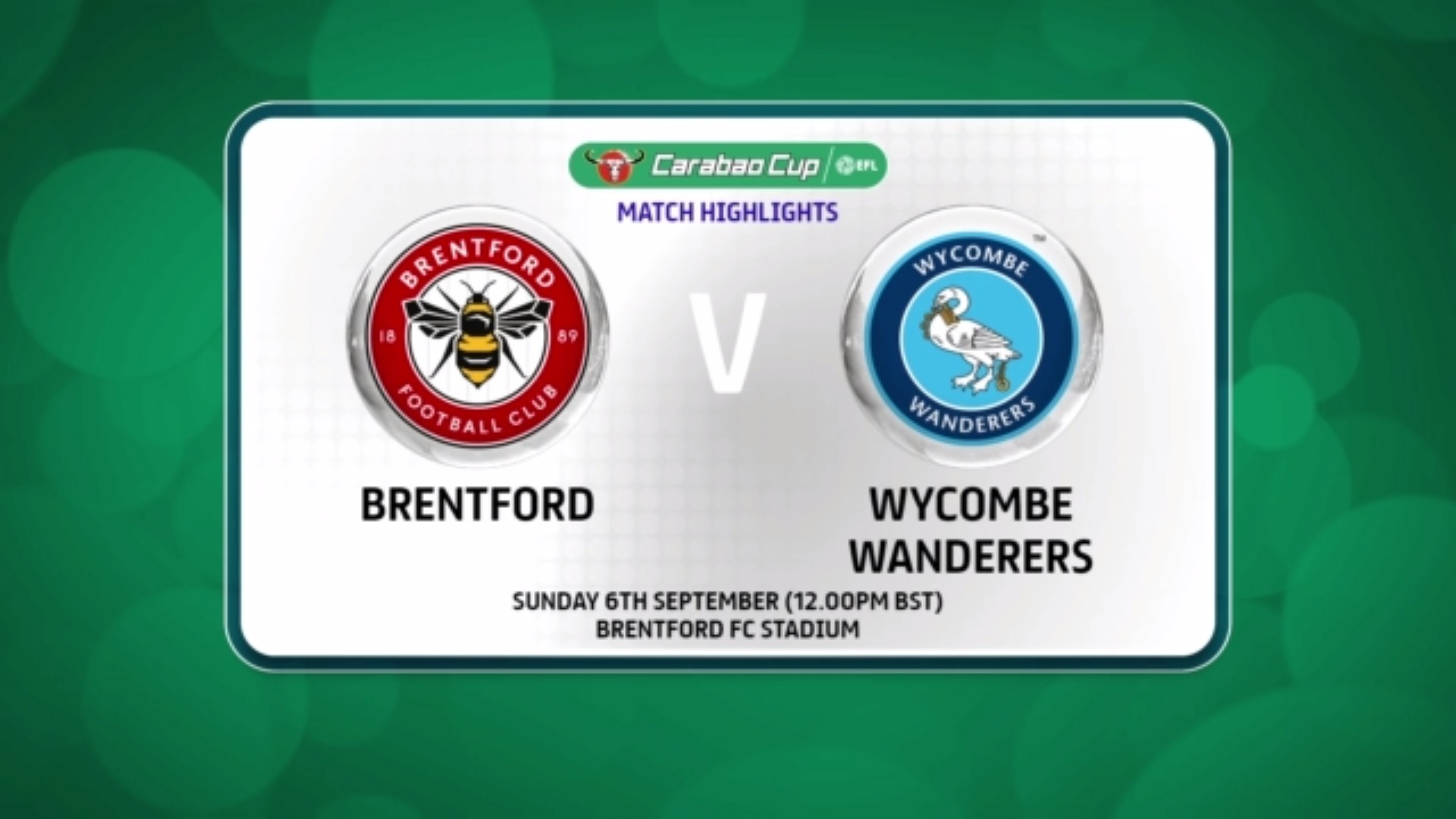 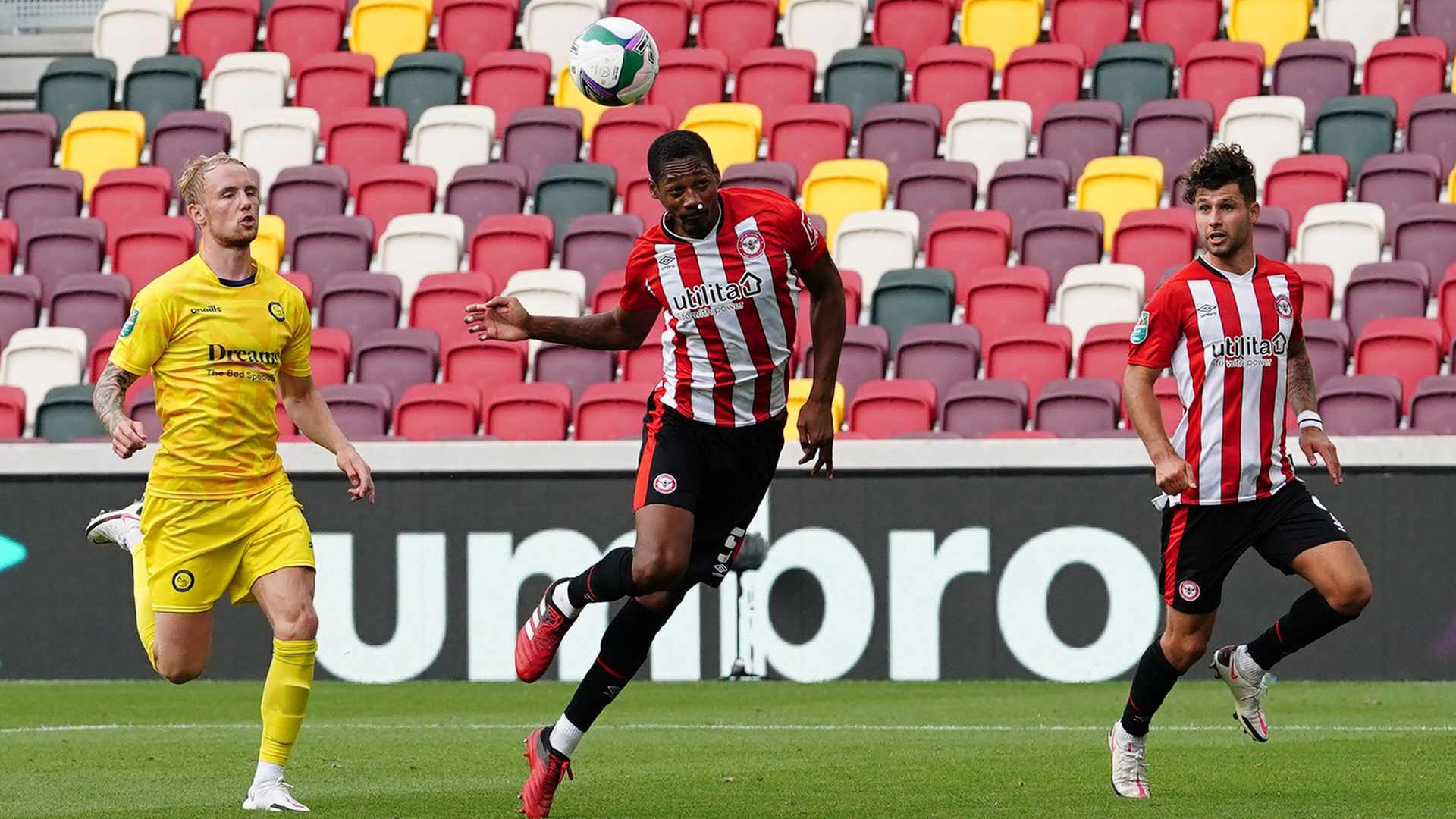