After Wanderers ran one of last season's Premier League sides close on Saturday, another arrives at Adams Park tonight as Gareth Ainsworth's men look to right the wrongs of recent weeks and get off the mark in the Championship.

Each of their past four defeats have carried a hard luck tale in terms of refereeing decisions going against the Blues, or impressive performances being unrewarded with a positive result, but the Chairboys chief won't allow his side to dwell on what might have been as they tackle the Hornets under the new floodlights on home turf tonight.

Watford have won four and drawn two of their seven games so far, but conceded a last-gasp goal to Bournemouth at the weekend to deprive them of a third successive triumph.

Wycombe also suffered late heartbreak at Norwich after a marvellous display, and are gradually growing in confidence and strength with more players returning to fitness after injury.

The standard of performances has come a long way in the past few weeks... and Gareth Ainsworth believes a positive result is just round the corner.

Here are the highlights from Wanderers' meeting with Norwich on Saturday:

Meanwhile, Watford were held 1-1 by Bournemouth at Vicarage Road:

Team News
Former Hornets striker Uche Ikpeazu came through his return to the side unscathed on Saturday and could feature, while Dominic Gape, Ryan Tafazolli and Jason McCarthy are all back in full training and come into contention.

Watford are without Troy Deeney and Stipe Perica but Andre Gray and Will Hughes could be available again.

Man in the Middle
John Brooks has shown 23 yellow cards and no reds in eight games so far this term, including Watford's 1-0 derby win over Luton, and his last involvement in a Wycombe fixture was the 0-0 draw at Lincoln in April 2018.

How to Watch
Season ticket holders can watch for free on iFollow; your iFollow accounts will automatically be upgraded to enable access to watch the match. Otherwise click here for a full list of international broadcasters showing the game.

Wanderers earned their first Championship point and arguably deserved all three after an impressive display against Watford at Adams Park.

The Blues had the better of the chances throughout but fell behind to Ismaila Sarr's header, only for Anthony Stewart to level from Joe Jacobson's corner.

A blistering first half display should have seen Wanderers take at least a one-goal lead into the break, as they outclassed their former Premier League opponents with a combination of tenacious midfield play and fast-tempo attacking.

Daryl Horgan converted an early chance but the linesman’s flag correctly spotted he was offside when he collected Scott Kashket’s deflected shot, and the Blues then rode a spell of Watford possession before launching into a series of creative moves around the box.

First Ben Foster produced a fine save down to his left to deny Kashket’s effort from eight yards, and the keeper flew to his right to hold a stylish effort from Adebayo Akinfenwa which curled towards the top corner.

Akinfenwa then planted a golden chance over the bar following excellent build-up play from Curtis Thompson and Kashket, with Horgan then being denied by a last-ditch tackle in the box after Watford had had a goal disallowed for handball.

Foster played to the same tune at the start of the second period, firstly denying David Wheeler’s first-time volley with an excellent stop down to his right, and then thwarting Akinfenwa from close range.

And then came the sucker punch. Watford hadn’t come close to looking like scoring, but broke the deadlock with an all-too-simple header from Ismaila Sarr following an inch-perfect cross from the right.

The same player came close to a second with a low drive which was well saved by Ryan Allsop as the visitors finally began to settle into the game with a goal’s advantage behind them.

But Wycombe stayed resolute and got their reward. Thompson did well to win a corner and Joe Jacobson’s delivery was as inviting as it gets for Anthony Stewart to power home a header, giving Foster – finally – no chance.

Akinfenwa headed a tough chance wide after impressive wing play from Horgan before Watford made two subs to introduce Nathaniel Chalobah and Glenn Murray from the bench, and then Akinfenwa’s flick released Kashket who shot early as the angle narrowed and Foster cleared with his boot.

Uche Ikpeazu, Fred Onyedinma and Alex Samuel came off the bench in the final 10 minutes and the latter played a part in a talking point when Joe Jacobson’s corner landed in the net, only for the referee to spot a tangle between Samuel and Foster.

Then Murray missed a golden chance to win it in stoppage time, firing narrowly past the far post with the game’s final chance before the referee called time to signify Wanderers’ first Championship point was secure. 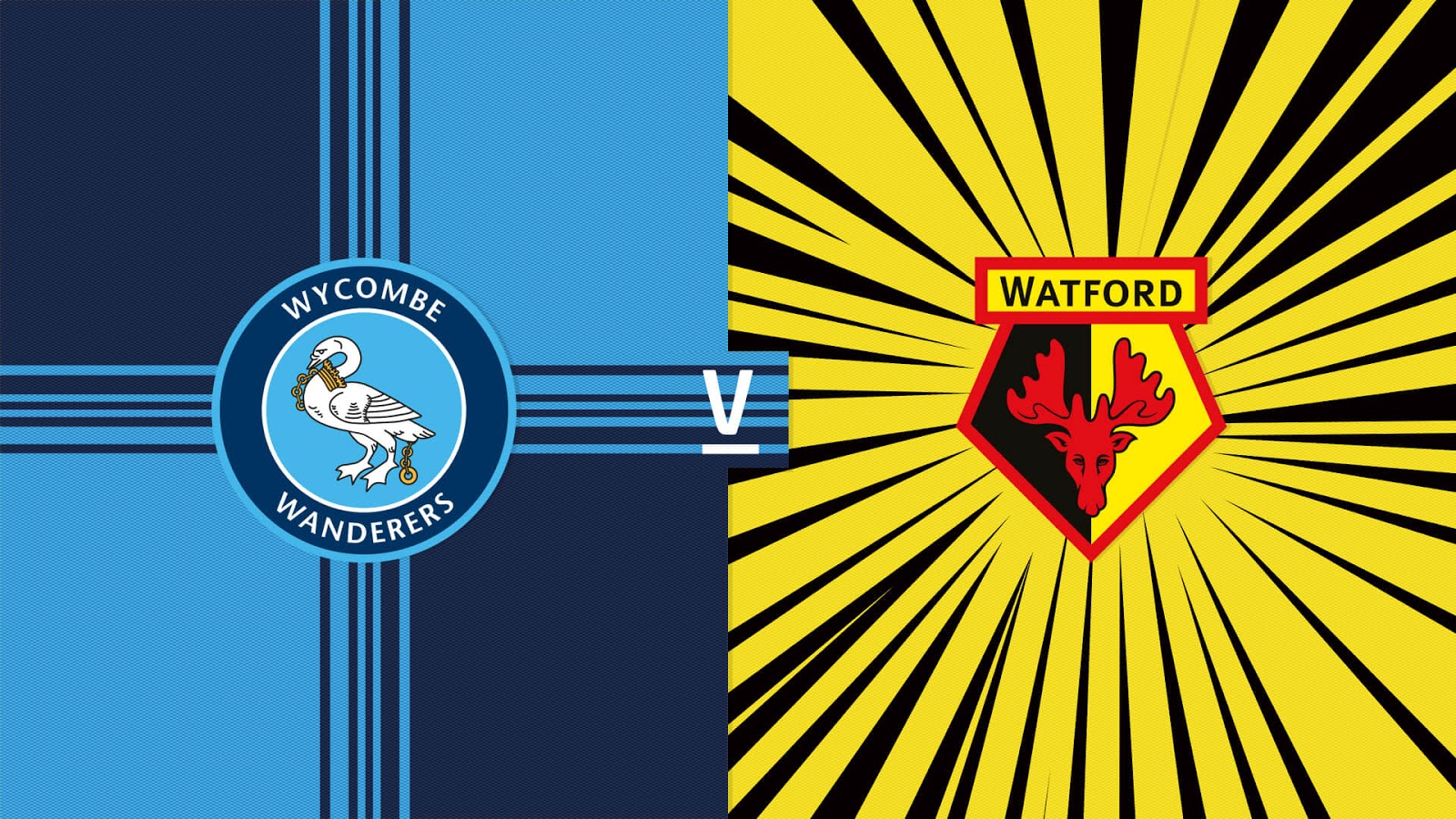 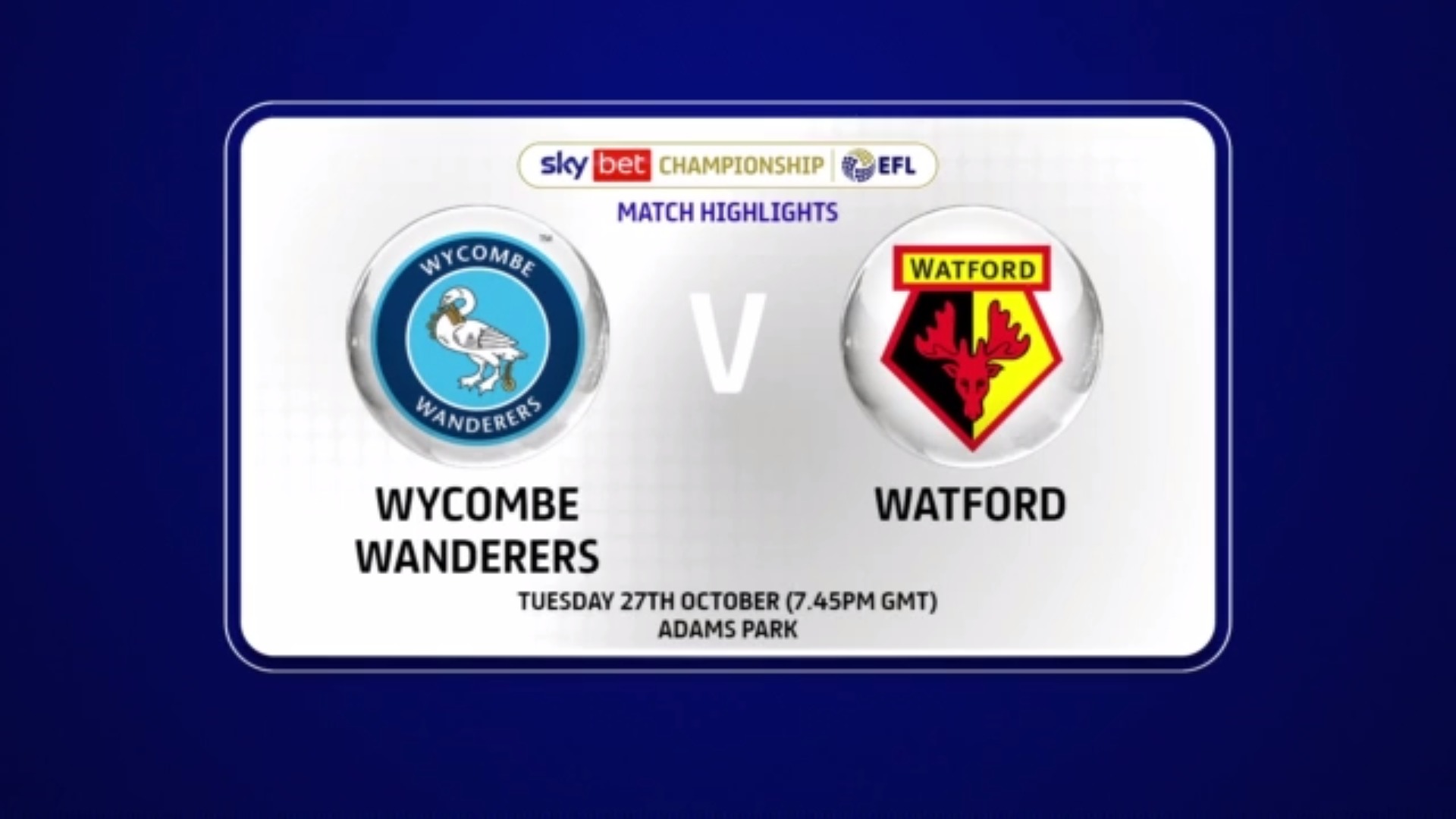 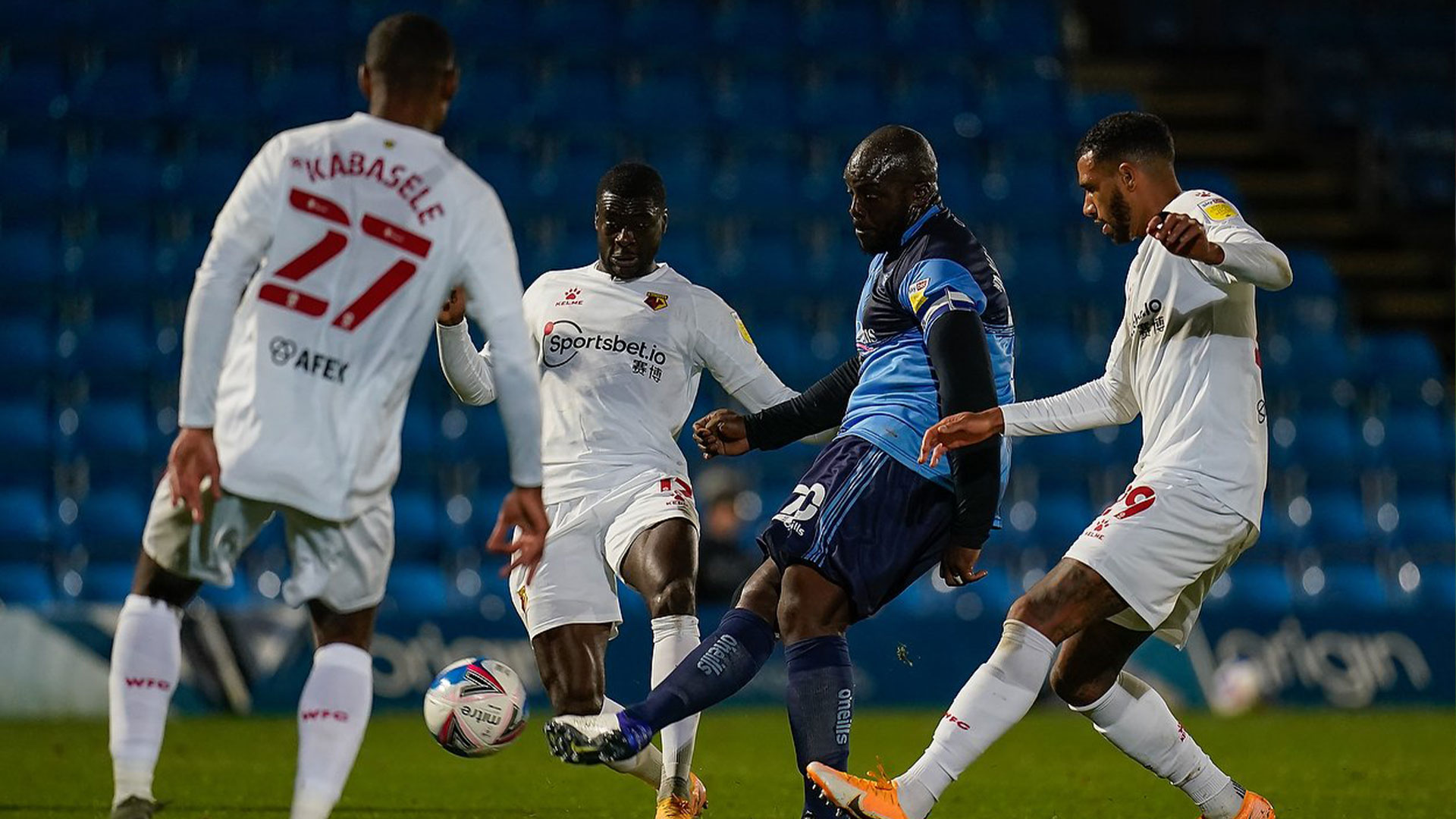