Sheffield Wednesday return to Adams Park almost nine years to the day since their last visit, hoping to avoid a Halloween horror show against an improving Wycombe who sit one place above them in the table.

The Owls started the season with a 12-point deduction and a promising opening few fixtures have been overshadowed by a poor run of form, culminating in a 3-0 loss to neighbours Rotherham in midweek.

Gareth Ainsworth's men, on the other hand, finally earned a reward for a succession of excellent performances, taking a point off Watford on Tuesday and now eyeing their first Championship victory this weekend.

Wycombe will hope that their extra day's rest will give them an edge, with Wednesday also suffering from a number of enforced absentees, particularly at the back.

Here are the highlights from Wanderers' 1-1 draw with Watford:

Meanwhile, Wednesday went down 3-0 to Rotherham:

Team News
Blues have no fresh injury worries and could welcome Dominic Gape, Ryan Tafazolli and Jason McCarthy back into the fold.

Wednesday are without the injured Aden Flint, Chey Dunkley and Massimo Luongo, with Tom Lees suspended, but Dominic Iorfa and Izzy Brown could return from injury.

Man in the Middle
Keith Stroud has shown 13 yellow cards and one red in seven games so far this term, including Watford's 1-0 derby win over Luton, and his last involvement in a Wycombe fixture was the 2-1 win at Dagenham in February 2016.

How to Watch
Season ticket holders can watch for free on iFollow; your iFollow accounts will automatically be upgraded to enable access to watch the match. Click here for full details.

Wycombe Wanderers recorded their first ever Championship victory with a 1-0 win over Sheffield Wednesday at Adams Park on Saturday.

David Wheeler was the match-winner, heading home Joe Jacobson's corner in first-half stoppage time, before the Blues clung on with a gritty, determind second-half display.

Wycombe were led by assistant boss Richard Dobson, with manager Gareth Ainsworth absent after undergoing surgery on a back problem on Friday, and the hosts began brightly with a couple of promising openings.

Wednesday hit back with Callum Paterson striking wide and ex-Blue Kadeem Harris having a goal chalked off for offside before bending a chance past the far post.

Then Wanderers grabbed a hold of the game and threatened from a series of Joe Jacobson deliveries, and only a last-ditch tackle denied Adebayo Akinfenwa a close-range tap-in from Scott Kashket’s cutback.

The visitors enjoyed a dominant spell and Wycombe were grateful to Ryan Allsop for an important save from Adam Reach’s drive, before the hosts made the breakthrough in first-half stoppage time.

Daryl Horgan almost had his name on the scoresheet with a well-placed low shot which was expertly tipped behind by Joe Wildsmith, but the keeper could do nothing about David Wheeler’s excellent flicked header from Jacobson’s inswinging corner, which sailed into the net at the far post with the final action of the half.

Wednesday enjoyed the better openings at the start of the second half, but Jack Marriott and Liam Palmer saw efforts fly off target. Wycombe then regained their composure and Horgan fired wide after a stylish move started by Curtis Thompson which resulted in Akinfenwa chesting the ball neatly into the Irishman’s path.

Matt Bloomfield replaced Dennis Adeniran in the first change of the game, with Wednesday then bringing Izzy Brown off the bench as Kadeem Harris made way.

Joe Wildsmith came to the Owls’ rescue with a fine save after Jack Grimmer broke at pace down the right and fed Akinfenwa with a long diagonal pass, and Kashket found the target with power but couldn’t beat the visitors’ no.1.

More subs followed with Elias Kachunga and Jordan Rhodes replacing Joey Pelupessy and Jack Marriott for Wednesday, and both Fred Onyedinma and Uche Ikpeazu coming on for Wycombe to replace David Wheeler and Adebayo Akinfenwa.

The visitors saw plenty of the ball but found Wycombe a well-drilled and organised outfit, with the Blues staying patient and making vital interceptions at the right time.

Wanderers needed breathing space though, with the one-goal lead remaining all too slender, and Allsop was called upon again as the game entered stoppage time, beating away Paterson’s fierce shot.

But the clean sheet remained intact as Wycombe celebrated a landmark victory ahead of the trip to Birmingham on Wednesday night. 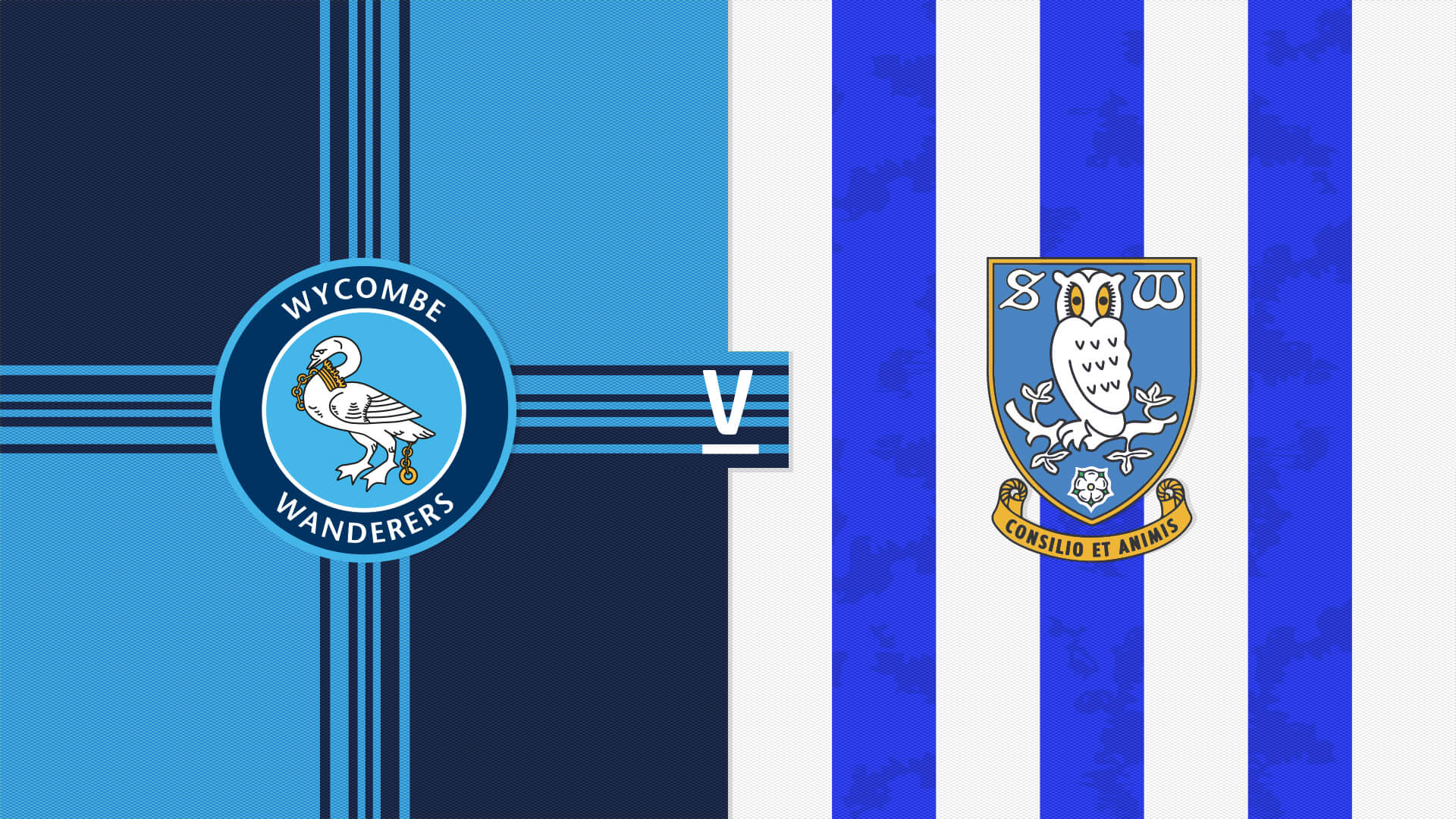 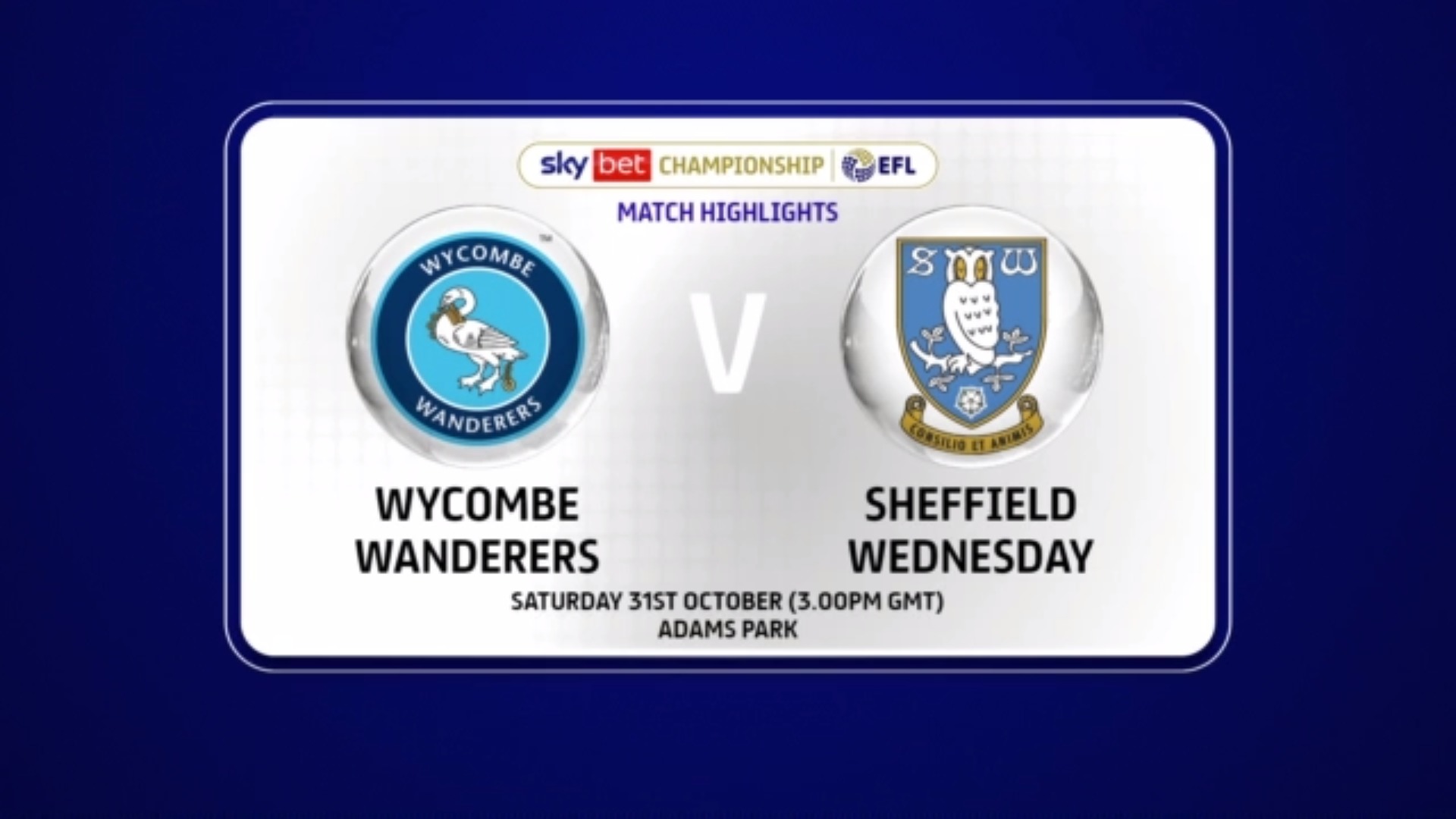 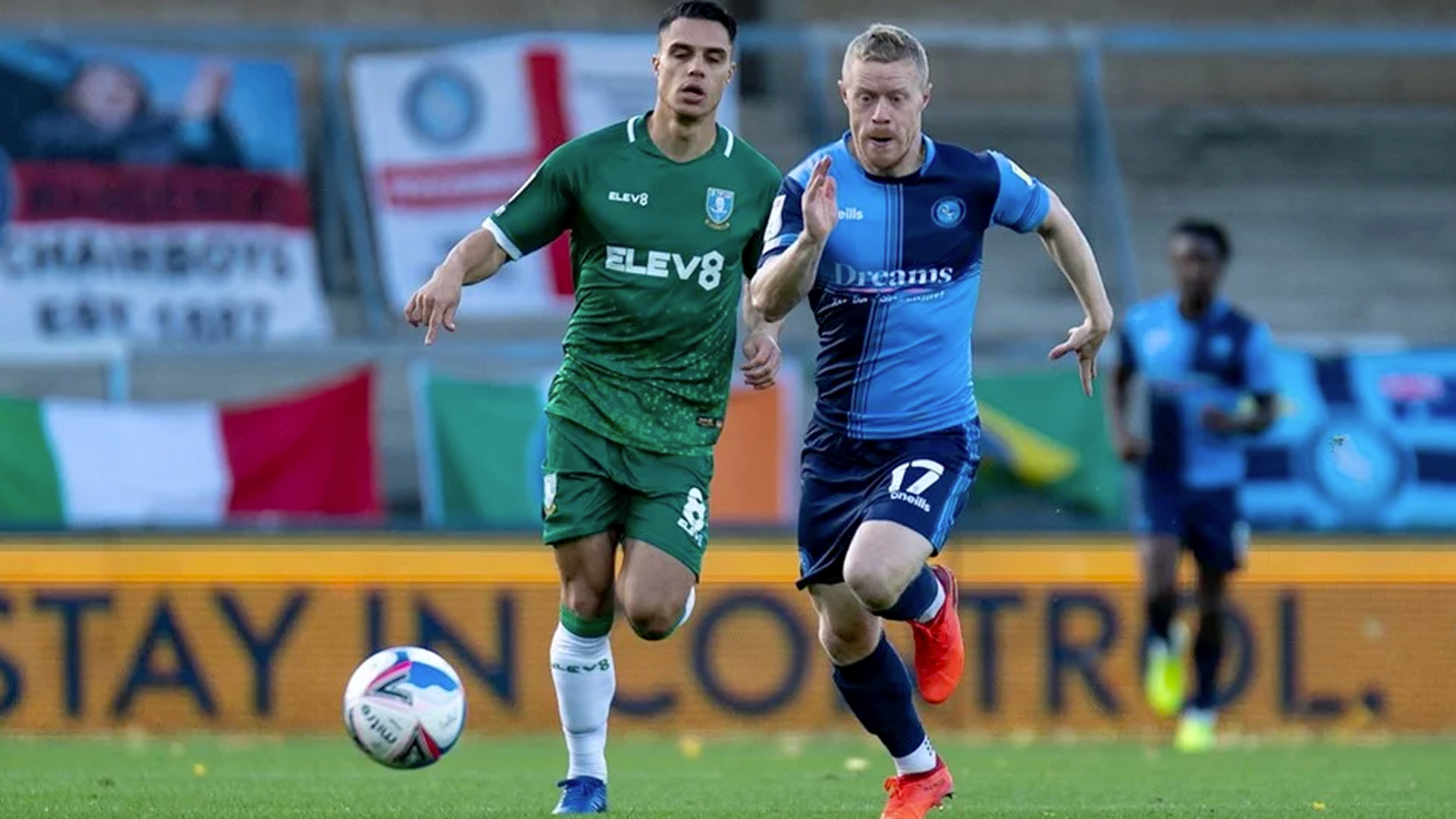