Wanderers return from an international break with renewed hope of putting their first Championship points on the board in the first of a hectic schedule of fixtures, starting with Millwall's visit to Adams Park on Saturday.

The two sides have met in each of the three competitions in the past decade but this will be their first league meeting since a League 1 affair in 2010, when the Blues completed the double against the promotion-chasing Lions.

The current generation of Lions fell just short of the Championship play-offs last season and have made a solid start to the new term under boss Gary Rowett, who's coming up to a year in charge and goes head-to-head in the dugout with old friend and former Cambridge United team-mate Gareth Ainsworth.

Wycombe's first four games have seen the squad hit by injuries and suspensions but they've shown signs of promise, particularly in the second half against Swansea last time out at Adams Park, and will look to put two weeks of hard graft on the training pitch into action come 3pm on Saturday.

Team News
Ainsworth has hinted at a possible return for former Lions striker Adebayo Akinfenwa, who's been sidelined so far following a knee operation, while Dominic Gape, Uche Ikpeazu, Ryan Tafazolli and Alex Pattison could all be in contention. Jason McCarthy could make his 100th appearance for the club against his former side, five years to the day since he made his first appearance for Wycombe, while Fred Onyedinma is another who could lock horns with a previous employer. Daryl Horgan is available after he played for Ireland in midweek.

Millwall will be without Troy Parrott and Billy Mitchell, but have the luxury of an otherwise fully fit squad. Former Wanderers loanee Frank Fielding is likely to be included in the squad.

Man in the Middle
Andy Madley was in Kosovo last weekend for a Nations League qualifier, and has overseen six matches so far this season; five away wins and one draw. His last game was in charge of Wycombe was the 3-2 victory over Swindon in 2018.

Scott Kashket scored Wanderers' first goal of the season but it wasn't enough to prevent defeat to Millwall at Adams Park on Saturday afternoon.

Kashket capped a fine start from the hosts when he made history, becoming Wanderers’ first ever Championship goalscorer in unorthodox fashion, closing down keeper Bartosz Bialkowski as he received a backpass and robbing him in the six-yard box to bundle the ball over the line.

The hosts had their tails up, moving the ball fluidly in the final third, but the Lions proved their threat particularly from set pieces. Shaun Hutchinson’s header was denied by Ryan Allsop, while Matt Smith twice went close before the interval.

Millwall levelled the scores soon after the break, when referee Andrew Madley spotted a push on Smith by Anthony Stewart and Jed Wallace blasted home, but Wanderers were robbed of a crucial second goal when Joe Jacobson’s corner sailed straight in but the linesman inexplicably found reason to disallow it, indicating a shirt pull.

And salt was rubbed into the wounds when Ryan Leonard crashed home when the ball fell for him in space, prompting Gareth Ainsworth to summon Adebayo Akinfenwa and Daryl Horgan from the bench.

Smith missed another chance for the visitors before Wycombe’s penalty appeals for a push on Kashket were waved away, and then Ryan Woods almost scored with a quickly-taken free-kick from the halfway line only to see the ball bounce back off the crossbar.

Anis Mehmeti then replaced Dennis Adeniran in midfield, becoming the first ever player born this century to play for the Blues, but a late rally in eight minutes of stoppage time wasn’t quite enough to salvage a late equaliser. 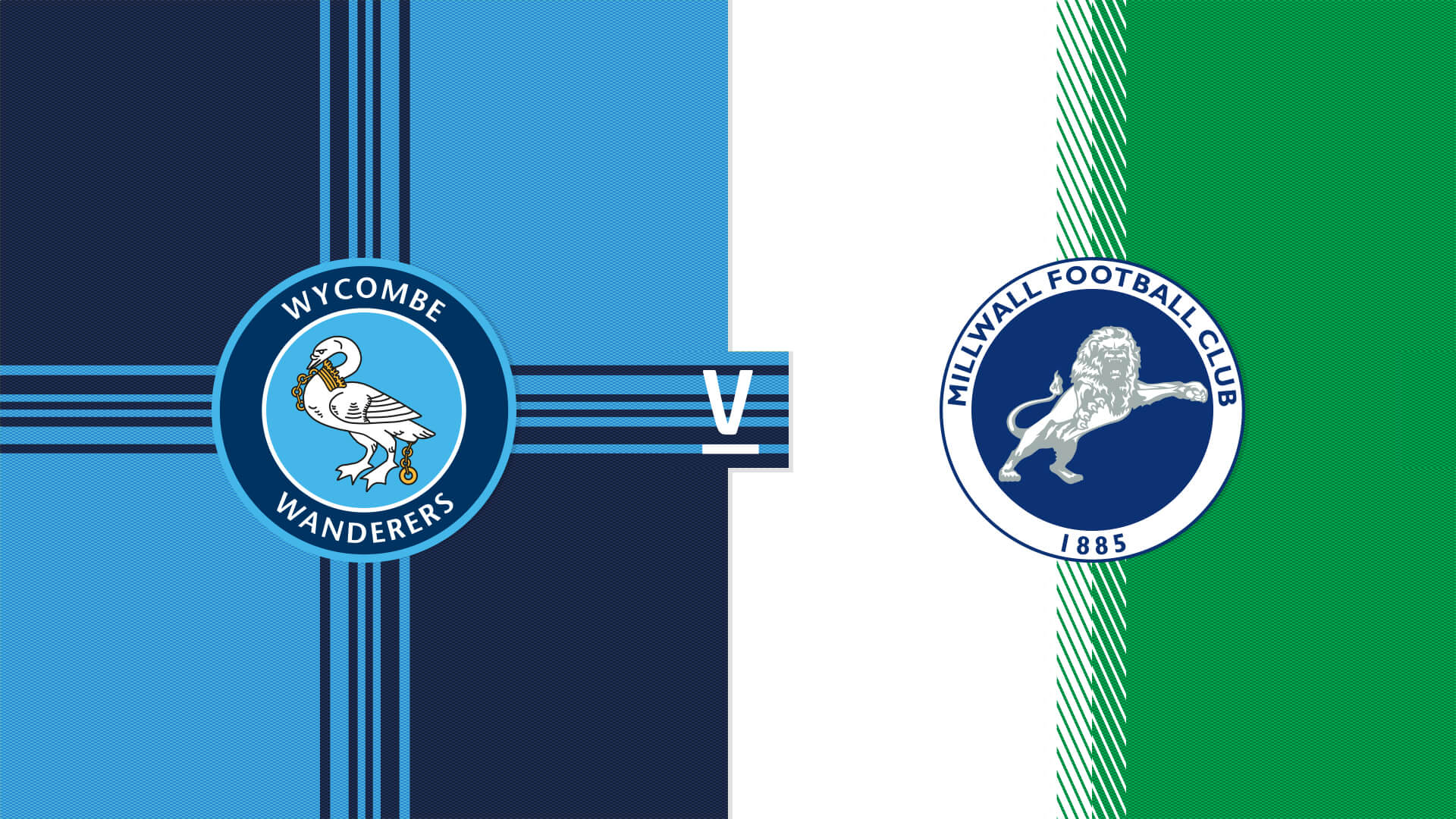 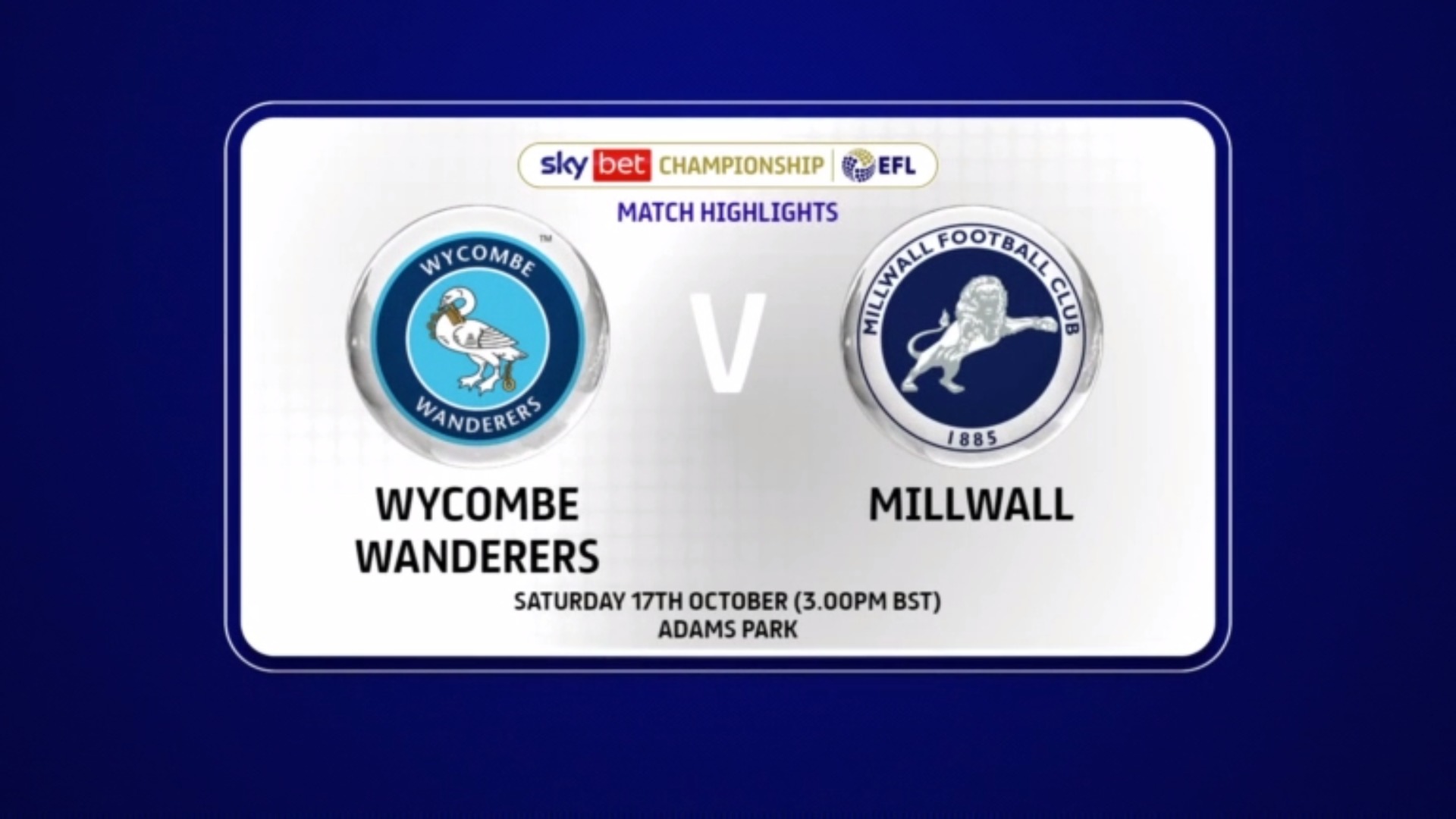