A trip to face what Gareth Ainsworth believes could be the best side in the Championship makes Wanderers huge underdogs in Saturday's clash with Norwich City, against whom they've lost all four previous encounters in league and cup... but records are there to be broken and recent signs of encouragement suggest that the Blues' form could be on the turn.

Daniel Farke's men stormed to promotion from this level two seasons ago but couldn't sustain their place in the top tier and have largely shaken off any hangover, collecting 10 points from their opening six matches.

Wycombe are yet to get off the mark despite improvements in performance, particularly against Millwall and Reading in the past seven days, but will be buoyed by the gradual strengthening of the squad with loanees impressing and key players returning from injury.

It's been over a decade since these two sides last met in a league contest in the third tier, but they served up a cup classic in the Carabao Cup two years ago, when Jordan Rhodes bagged a hat-trick in a 4-3 win for the Canaries.

Manager Quotes
"We’re in a tough league, and looking for clean sheets is going to be a challenge but we have to go and score goals at the other end which we haven't been doing.

"We’re super positive; the performances have definitely been getting there. We're coming up against possibly the best team in the league on Saturday - I think they are an outstanding football team with a great manager so this is going to be a real test.

“We’ve just taken the team sat top of the league all the way and I think people will say ‘how did Wycombe not get anything out of the game’ so that really gives me a positive attitude going into the next games." - Gareth Ainsworth

Team News
Anis Mehmeti has impressed in two substitute appearances and could feature again versus his former club, while Dominic Gape, Uche Ikpeazu, Ryan Tafazolli and Jason McCarthy were all being assessed on Thursday and Friday to assess their likelihood of a return from injury.

Norwich could keep faith with the same side that defeated Birmingham with 73% of the possession in midweek.

Man in the Middle
Experienced official Gavin Ward has shown 11 yellow cards and no reds in four games so far this term, and his last involvement in a Wycombe fixture was the 1-0 win at Yeovil in April 2018.

Mario Vrančić's 90th-minute free-kick condemned the Wanderers to a harsh defeat after a strong display against Norwich City at Carrow Road on Saturday afternoon.

In a lively opening, Norwich and Wycombe traded goals within the first 12 minutes through Teemu Pukki and Scott Kashket. The Norwich striker opened the scoring early on but Kashket drew the sides level after a long ball from Joe Jacobson was headed down by David Wheeler, and the Wycombe striker slot the ball home.

Wycombe controlled the rest of the first half, coming close with headers by Anthony Stewart and the goal-scorer Kashket. The second half was a more even matchup, as Norwich grew into the game, calling Ryan Allsop into action a few times.

Late on Norwich won a free-kick and Mario Vrančić curled a strike into the top corner to put the Canaries ahead. In stoppage time, Norwich attacker Adam Idah was sent off for an incident with Joe Jacobson. Wycombe will look ahead to two consecutive home games against Watford and Sheffield Wednesday.

The team news ahead of the game revealed two changes to the line-up that Ainsworth chose against Reading. David Wheeler and Fred Onyedinma found their places in the starting eleven, replacing Matt Bloomfield and Alex Samuel. Uche Ikpeazu returned to the bench.

The first chance of the game was the first goal of the game as Teemu Pukki was played in behind the Chairboys' defence. The Finnish international lofted the ball over Ryan Allsop into the left-hand side of the goal.

Norwich were firmly in control as they came close after a quick passing move between Todd Cantwell, Emi Buendía and Pukki, but only a corner came from a tame shot.

After a strong opening from Norwich in the attack, they showed complacency in defence as Scott Kashket levelled the score. The goal came from a long ball up to Wheeler who nodded it down to Kashket. Norwich failed to deal with the Wycombe striker who tapped the ball in from close range.

Minutes later, Wycombe appealed for a penalty as Ben Gibson brought down Onyedinma, but the referee ignored the protests. Replays showed clear contact, with the Norwich defender's arm on Onyedinma's back.

Wycombe dictated the rest of the first half, playing good football and creating decent chances including an Anthony Stewart header that went just over the bar.

Kashket nearly doubled his tally before the break, but he put the header into the side netting after a cross to the back post from Daryl Horgan. The Chairboys finished the half level, having shown great resilience to turn the game around after a very strong start from the Canaries.

The second half opened with an early chance for Wycombe as Jacobson nearly scored directly from a corner. Norwich keeper Tim Krul failed to deal with the ball in, but Grant Hanley cleared it off the line.

Lukas Rupp came close for the home side later on, but Anthony Stewart jumped in-front of a shot that looked destined for the back of the net.

Norwich substitute Adam Idah forced a good save out of Allsop, after managing to create space for a shot just inside of the box 60 minutes in.

Wycombe weren't far away from taking the lead through Onyedinma, who curled an effort to the far post and just missed by a few inches.

However, on 90 minutes Norwich won a free-kick and Vrančić curled a great strike into the top right-hand corner to win the game for the home side. In an off-the-ball incident, Adam Idah was given a straight red card for coming together with Jacobson.

Ainsworth's side dug-in and battled against a good Norwich side, but couldn't quite hold on and will instead turn their attention towards Watford at Adams Park on Tuesday. 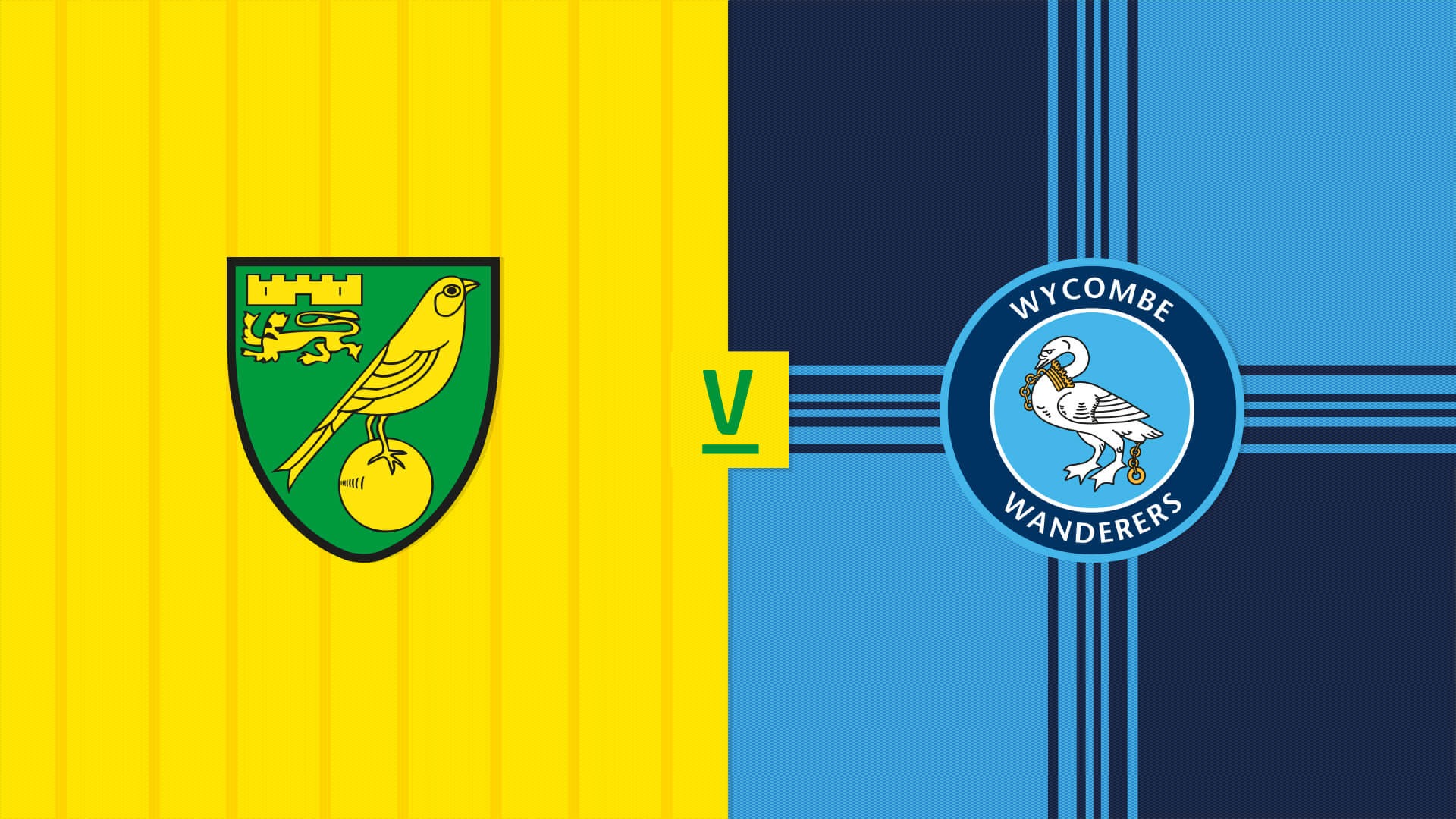 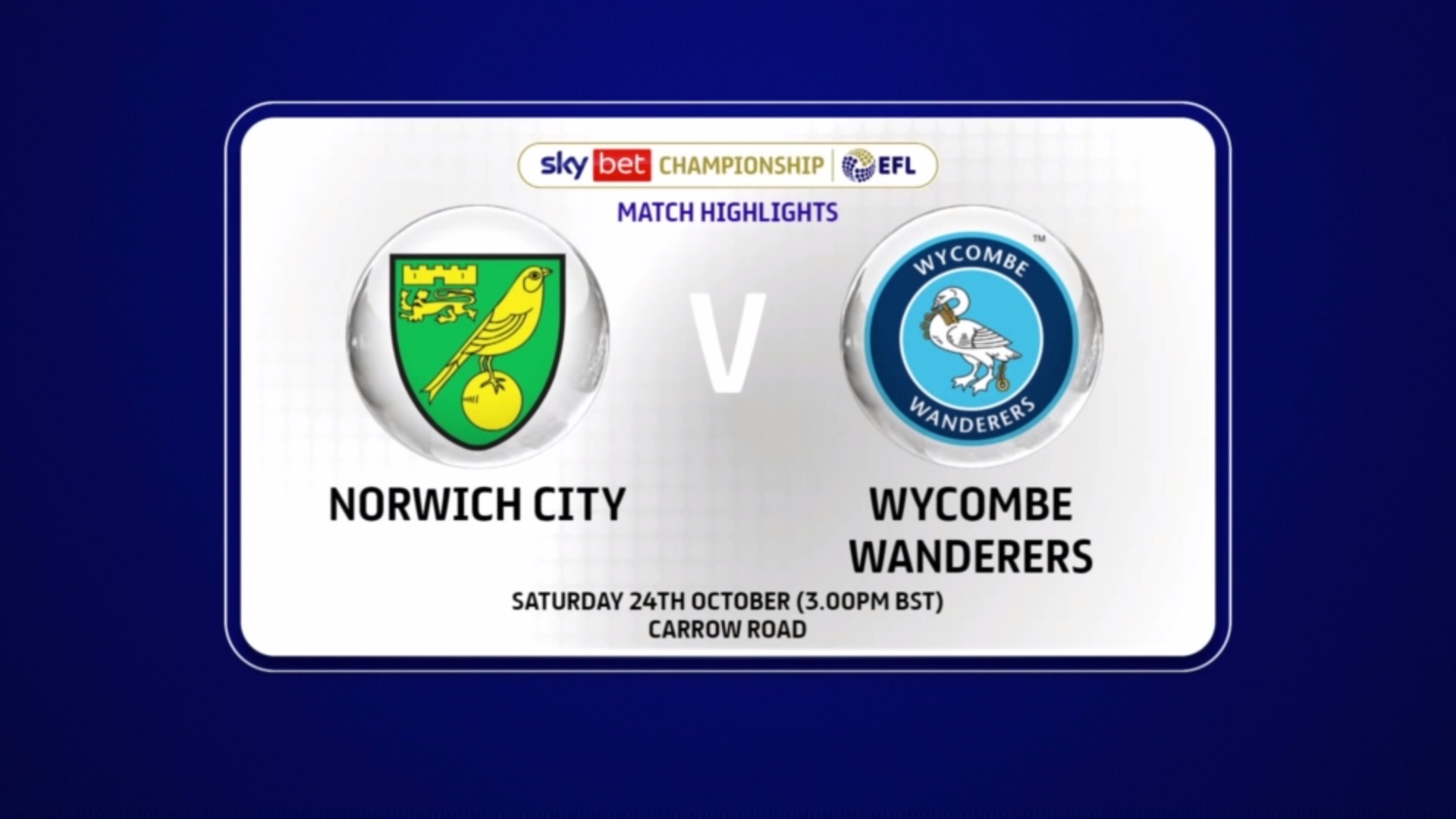 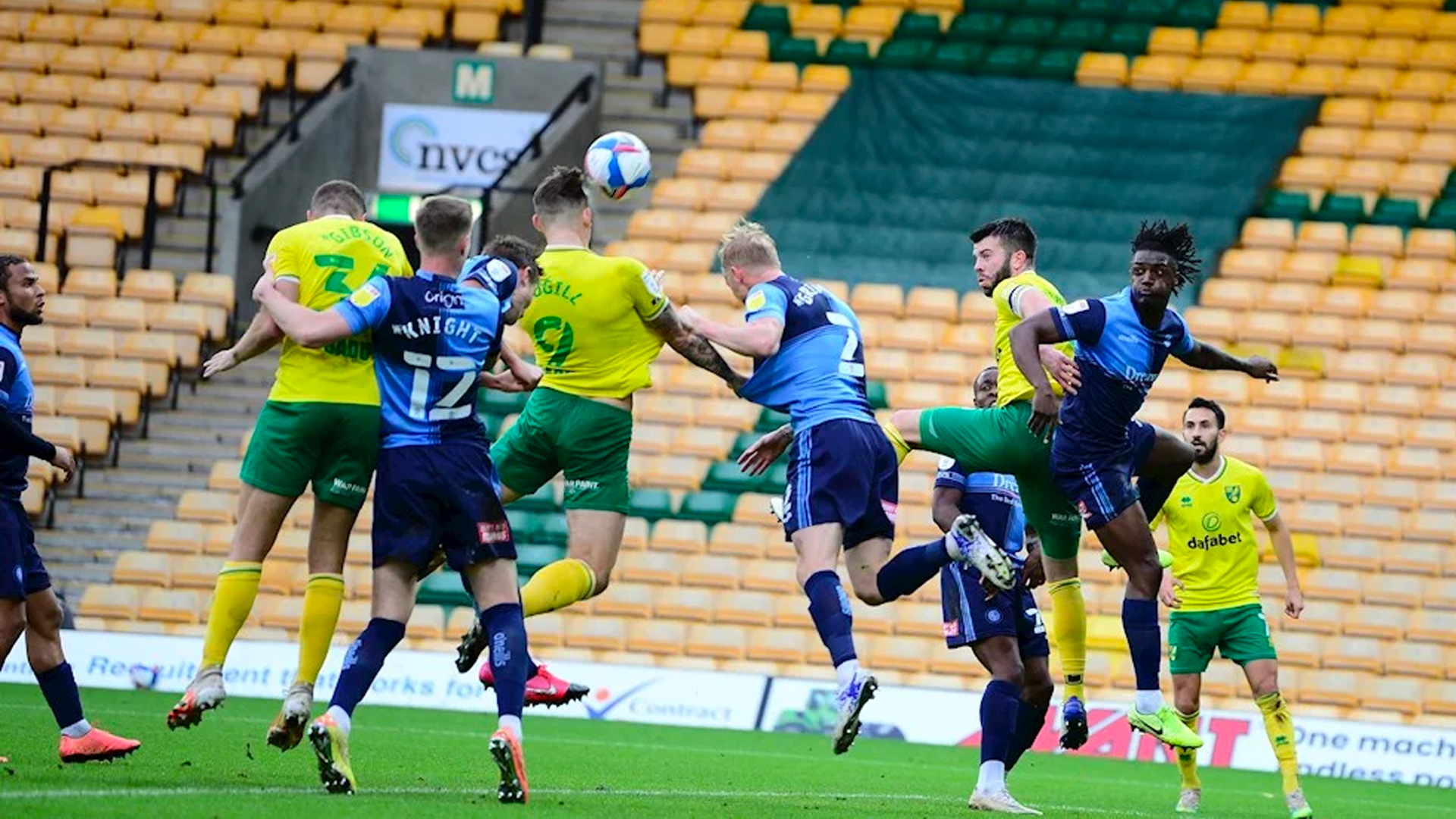