A League 2 fixture as recently as January 2018, the Hatters and the Chairboys lock horns in the second tier in the fourth game of the new season, with Gareth Ainsworth's men hunting for their first goal and points of the campaign.

Luton endured a similarly tough introduction to life in the Championship last term, but survived relegation on the final day after an impressive run of form following the return to the managerial hotseat of Nathan Jones, who'd been gone too long since guiding the Bedfordshire outfit to two successive promotions.

They started the new season with victories over Barnsley and Derby, but fell to defeat at local rivals Watford last weekend after a League Cup encounter with Manchester United.

Wycombe showed promise in their second half display against Swansea last time out and will hope that the recent return from injury and suspensions respectively of midfield duo Curtis Thompson and Dominic Gape will inspire a turn in results this time around.

Team News
Wycombe welcome Dominic Gape and Darius Charles back from suspension, while Uche Ikpeazu could also be included after missing out recently with an injury. Jason McCarthy is in line for his 100th appearance for the club.

Luton are without Dan Potts, James Bree and Tom Lockyer, but Glen Rea could be available again after a recent absence.

Man in the Middle
Top-flight official Graham Scott was in charge of the same encounter back in 2016, when Luton ran out 4-1 winners at Kenilworth Road.

Luton Town found the back of the net twice as Wycombe showed a good account of themselves but were unable to change the result at Kenilworth Road.

After a quiet first half that saw little goalmouth action, the second half burst into life after a stunning strike from Luton’s Pelly Ruddock Mpanzu, who found the top corner from range.

Substitute Scott Kashket thought he had brought the Chairboys level late on, but the assistant referee had his flag up for offside after making a tight call on the first passage of play.

Instead, Elliot Lee wrapped up the three points for the home side with a finish into the bottom right-hand corner. With an international break on the horizon, Wycombe will look to regroup in two weeks for Millwall.

In the last three calendar years, Wycombe have played Luton Town in three different divisions and for this chapter, Joe Jacobson was handed the armband, as Curtis Thompson, Daryl Horgan and Darius Charles returned to the starting eleven.

The game started positively for the Chairboys, as new boy Dennis Adeniran took control of the game. The Everton loanee worked the ball nicely, dictating the tempo between Nick Freeman and Daryl Horgan.

The early momentum allowed Jacobson to test Luton’s goalkeeper Simon Sluga with a few deep crosses, but the Croatian was up to the task.

The first chance of the game fell to The Hatters courtesy of Harry Cornick who drove into the box and found his way to the by-line, but Ryan Allsop parried Cornick’s cross which was eventually cleared.

As the game hit the 30-minute mark a Luton Town corner hit the bar, but referee Graham Scott blew the whistle for a foul on Allsop.

With the game drifting, Luton centre-back Sonny Bradley let fly from range, but the ball just went over the bar.

A first half of very little suddenly sprung into life as Luton had two dangerous chances. The first was expertly cleared off the line by Darius Charles as Pelly Ruddock Mpanzu delivered a ball to the back-post and Jordan Clark’s looping header managed to escape Allsop’s fingertips.

For the next chance, Clark became the architect and found Cornick, but the winger failed to produce a meaningful cross and Allsop collected the ball, with both sides going into the break level.

Glen Rea had the first chance of the second half, but his volley went so high that it cleared the roof of the stadium.

Wycombe however, started brightly after a set-piece clearance fell to Jacobson, but the Welshman hit his shot into the Kenilworth End. A few minutes later, Jack Grimmer’s long throw was headed on by David Wheeler which had to be saved by Luton’s keeper.

Against the run of the play though, Luton found a way through after a great strike from Mpanzu. Cornick, who had been a nuisance in the first 45 minutes, laid the ball off to the midfielder who struck the ball sweetly into the top right-hand corner from 25 yards out.

Wycombe looked for an instant reply through a Jacobson set-piece and came close as Stewart’s header was deflected off Matthew Pearson and forced the home side’s keeper into making a save.

At this point, the game had become end-to-end as Cornick looked to double Luton’s lead after beating Charles on the left-hand side. The winger found the attacking Luke Berry on the edge of the box, but he could only hit it at Allsop who saved the shot with his legs.

Wycombe hadn’t given up though, as Horgan found Jacobson arriving on the edge of the box, but his strike went just wide of the post.

Luton had the ball cleared off the line for the second time of the game as Thompson used his vision to see the imminent danger from James Collins, who found his goal-bound shot stopped by the Wycombe man.

Luton’s Mpanzu almost had his second goal from the same position as his first, but the midfielder couldn’t replicate his finish and put the ball wide of the post.

Substitutes Kazenga LuaLua and Elliot Lee combined to hit a shot straight at Allsop, but Collins seemed the better option who was screaming for the ball on the right-hand side.

As the game came to a close, Scott Kashket thought he had scored a late equaliser for the Wanderers, but the assistant referee had the flag up for offside. Replays showed an extremely tight call on Fred Onyedinma, that certainly wasn’t obvious.

Brutally, Luton’s substitutes combined one final time as Lee scored the game’s final goal. After a run from Lua Lua to the by-line found the Luton man, he slotted the ball into the bottom corner confirming the three points for the home side. 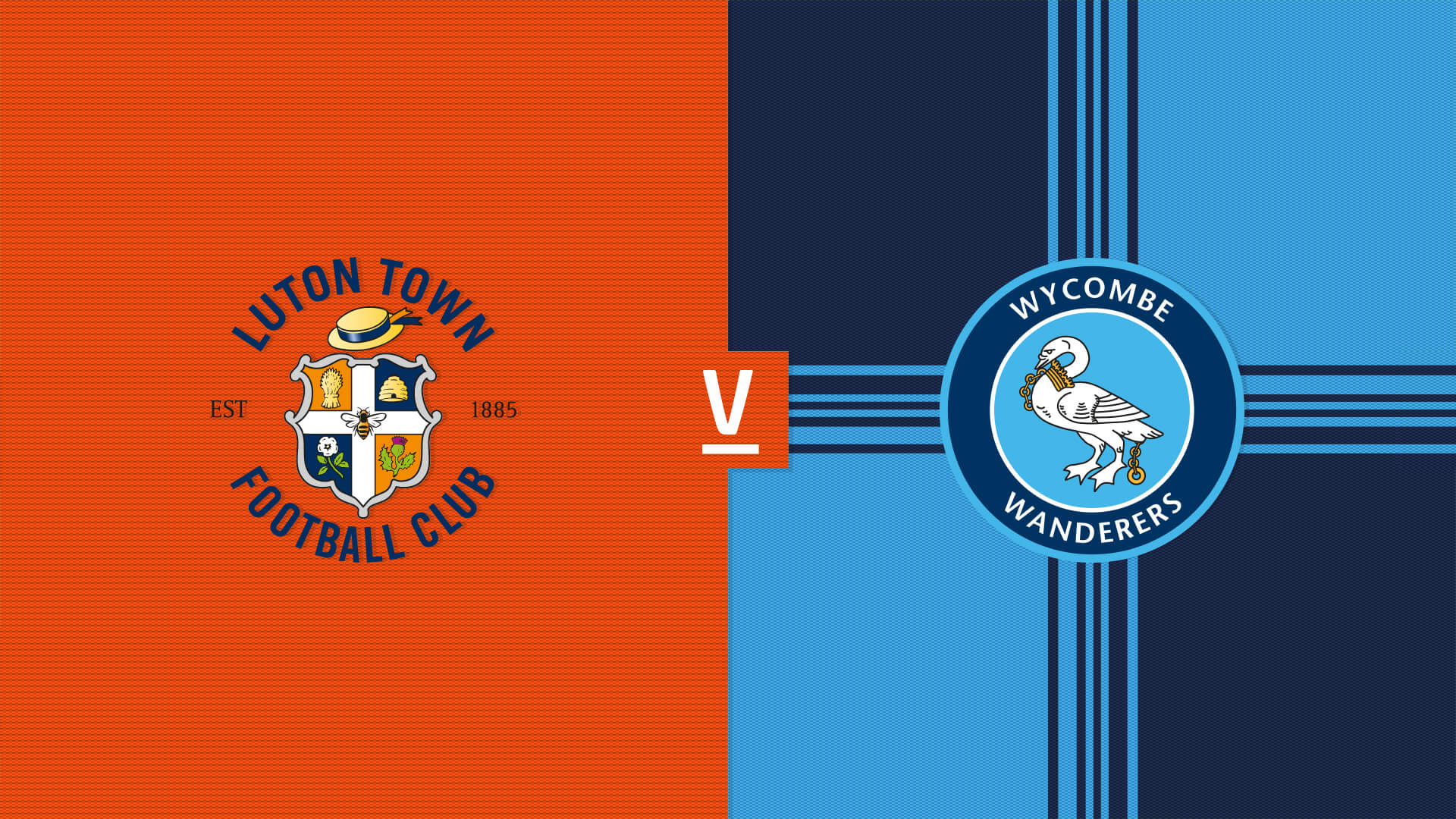 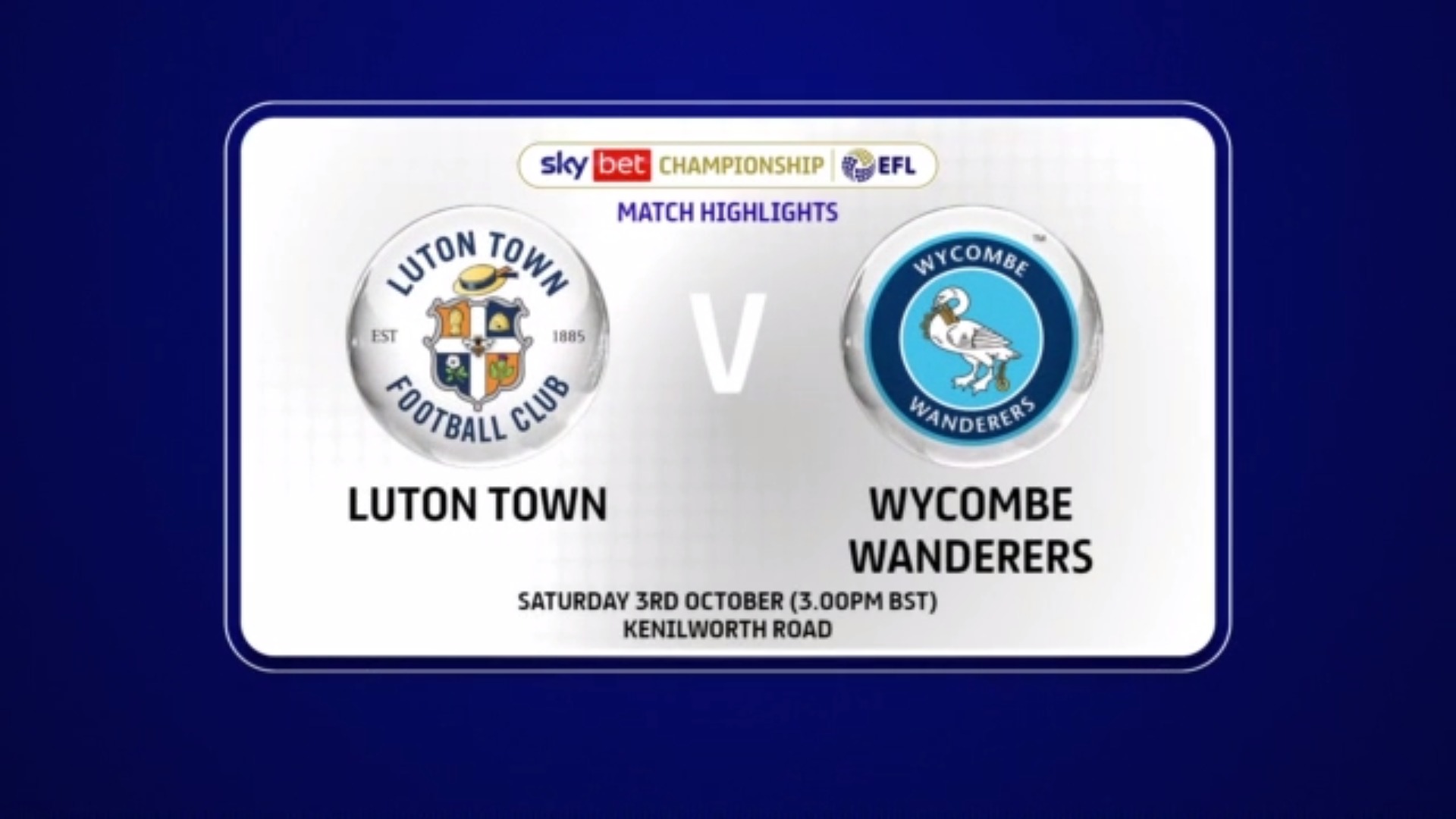 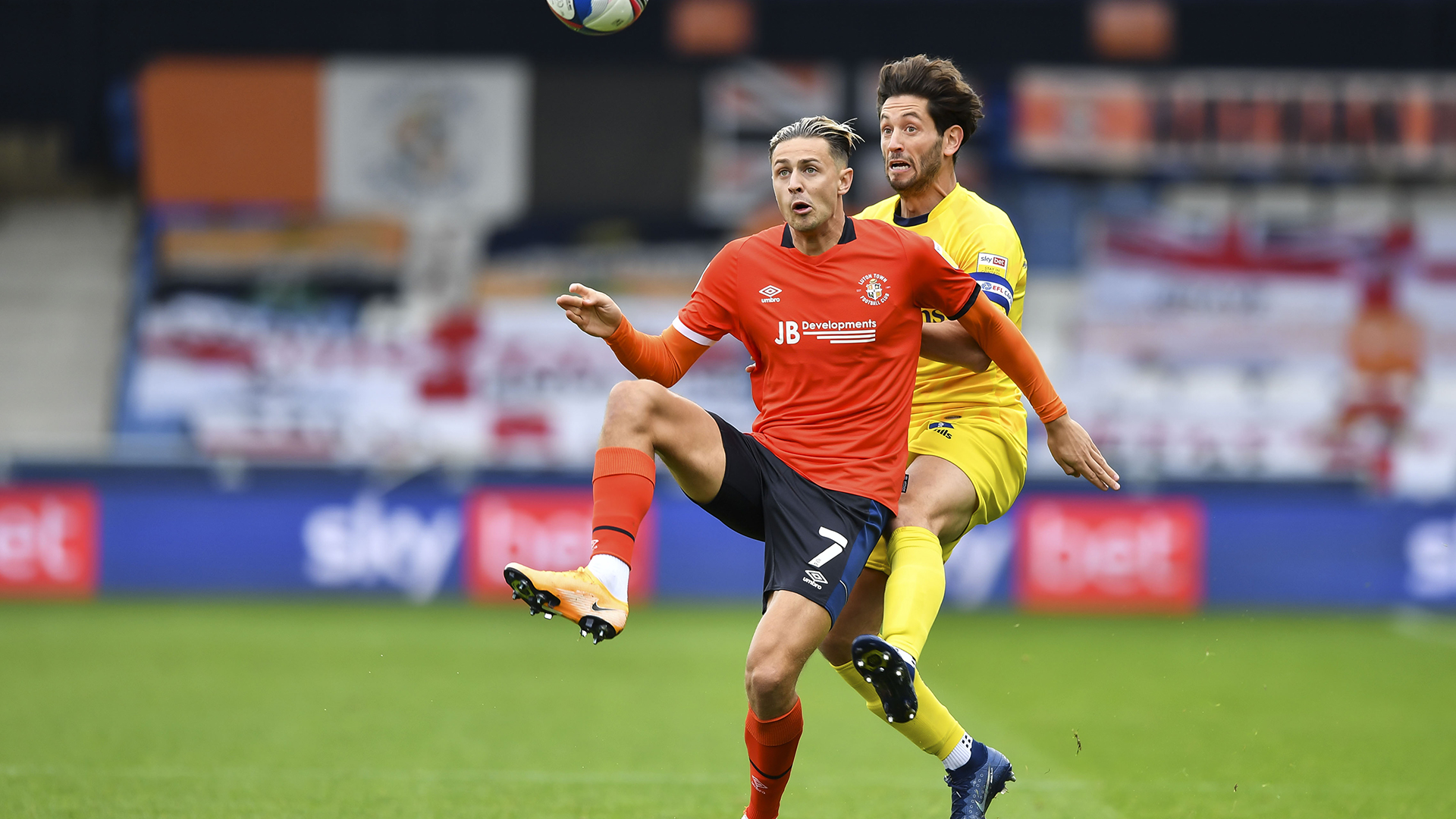