After the welcome breather of the two-week international break comes the first game of a manic schedule of fixtures in the build-up to Christmas, with Wanderers looking to maintain the standards they've reached in terms of performance over the past month.

Gareth Ainsworth's came out of the previous break with no points to their name, but impressive displays were rewarded with seven points from games against Watford, Sheffield Wednesday and Birmingham before they succumbed to defeat at Nottingham Forest a fortnight ago.

The last three games saw Richard Dobson lead the team while Ainsworth recovered at home from a back operation, but the gaffer is back to lock horns with good friend Thomas Frank in the dugouts, with the Brentford chief looking to go one better than last season when they were defeated in the Championship play-off final.

They've made a solid if unspectacular start to the new term, sitting 11th in the table, but possess the firepower to shoot up the table with Ivan Toney in particular looking to be a dangerman having scored three times against the Blues for League 1 Peterborough last season.

Last Time Out
Here are the highlights from Wanderers' 2-0 defeat at Forest:

Team News
Wycombe have no new injury worries which could mean Gareth Ainsworth has a fully-fit squad to choose from, with Jason McCarthy and Dominic Gape coming through unscathed from two practice games during the break. Garath McCleary could make a home debut after impressing off the bench at Forest.

Both clubs will be able to name nine subs, and use five, following a change in the rules which was approved this week.

Man in the Middle
Lee Mason has shown 14 yellow cards and no reds in his six games so far this season, and takes charge of a Wycombe fixture for the first time since April 2009, when John Akinde's goal earned a 1-0 win over Gillingham.

Wycombe earned a well-deserved point on Gareth Ainsworth’s return to the dugout, after an entertaining draw against Brentford at Adams Park under the floodlights.

In the first half, Curtis Thompson went closest for Wycombe with a cross turned shot, that nearly caught the Brentford keeper off-guard. Ryan Allsop produced a fantastic save to keep out Bryan Mbeumo, tipping the forward’s shot onto the post.

The second half saw a more positive and adventurous Wycombe side, with the introduction of Garath McCleary making his home debut.

As the game reached its conclusion, Daryl Horgan went close to breaking the deadlock with a powerful volleyed shot, but the score-line remained level giving Wycombe a valuable point.

Gareth Ainsworth was back on the touchline for the Blues alongside Richard Dobson. His team news revealed a first Championship start for Dominic Gape, whilst Jason McCarthy returned to the bench after a spell out due to injury.

In the first league meeting between the sides since the 2011/12 campaign, it would be Wycombe that would come closest to scoring early on through Curtis Thompson.

The midfielder tried to cross the ball into the box, but it transformed into a dangerous shot and forced a great save out of the Brentford keeper.

The away side had a few corners early on and had clearly practised a few set-piece routines, but they were unable to create anything meaningful in the early stages.

At the halfway point of the first half, Wycombe keeper Ryan Allsop produced a great save to keep out Brentford forward Bryan Mbeumo, tipping the ball onto the post. The Frenchman was free on the edge of the box after being played in by Josh Dasilva.

Allsop was called into action again by Mbeumo moments later, producing a fantastic flying save to his left to keep the score level.

Brentford marksman Ivan Toney had been kept quiet in the first half until a long looping ball fell to him inside the Wycombe penalty area. However, his shot was blocked smartly by Josh Knight before anything dangerous materialised, taking the sides into the break goalless.

As the game entered the second half, Brentford found more space behind the Wycombe backline which allowed Mbeumo to head a strike at Allsop, but it was another comfortable save for Wycombe’s number one.

Wycombe fought back in the second half and came close through David Wheeler. The Wycombe winger was found by a brilliant Joe Jacobson delivery, but his header went just wide.

The first change of the game for the Chairboys gave Garath McCleary his home debut, who looked energetic on the ball.

Moments later, Horgan found Bayo Akinfenwa with a deep cross into the box, but the attacker couldn’t get any power onto the header and the Brentford goalkeeper saved it comfortably.

The Irish international was involved in the next Chairboys move and was harshly brought down by Sergi Canós, in what looked like a great chance on the counterattack with Wycombe’s players outnumbering Brentford’s.

As the game entered the final ten minutes, Horgan tried his luck with a skilful volley on the edge of the box which took a deflection and went inches wide of the post.

Substitute Alex Samuel nearly broke the deadlock a few minutes later after a good advantage was played by referee Lee Mason, that allowed the striker to get a powerful shot away. However, David Raya was able to palm the effort away, as the game finished a goalless draw.

The result means Wycombe are just a point behind Coventry after their draw with Birmingham yesterday. The Chairboys’ next game is against Huddersfield on Tuesday at Adams Park. 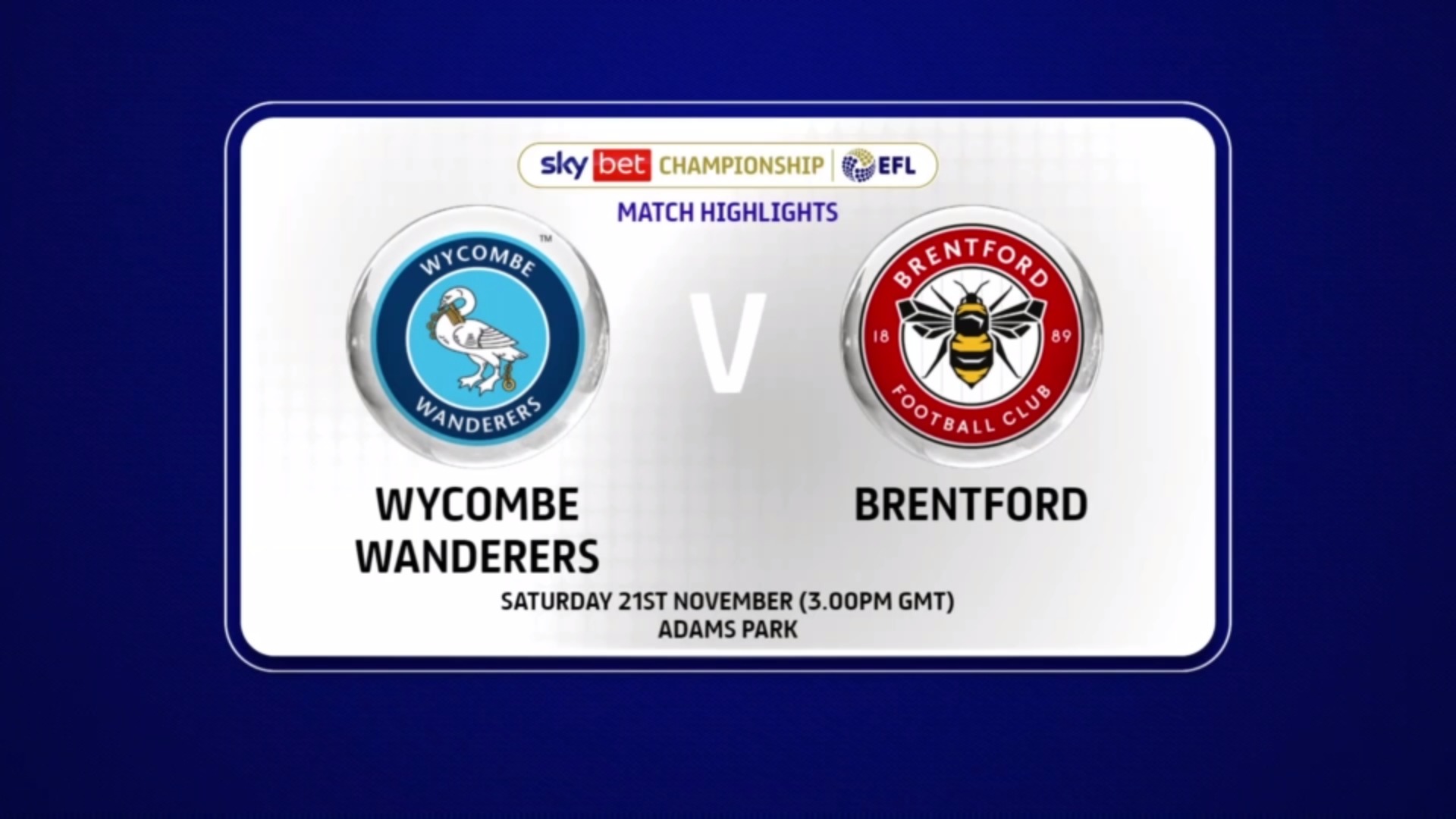 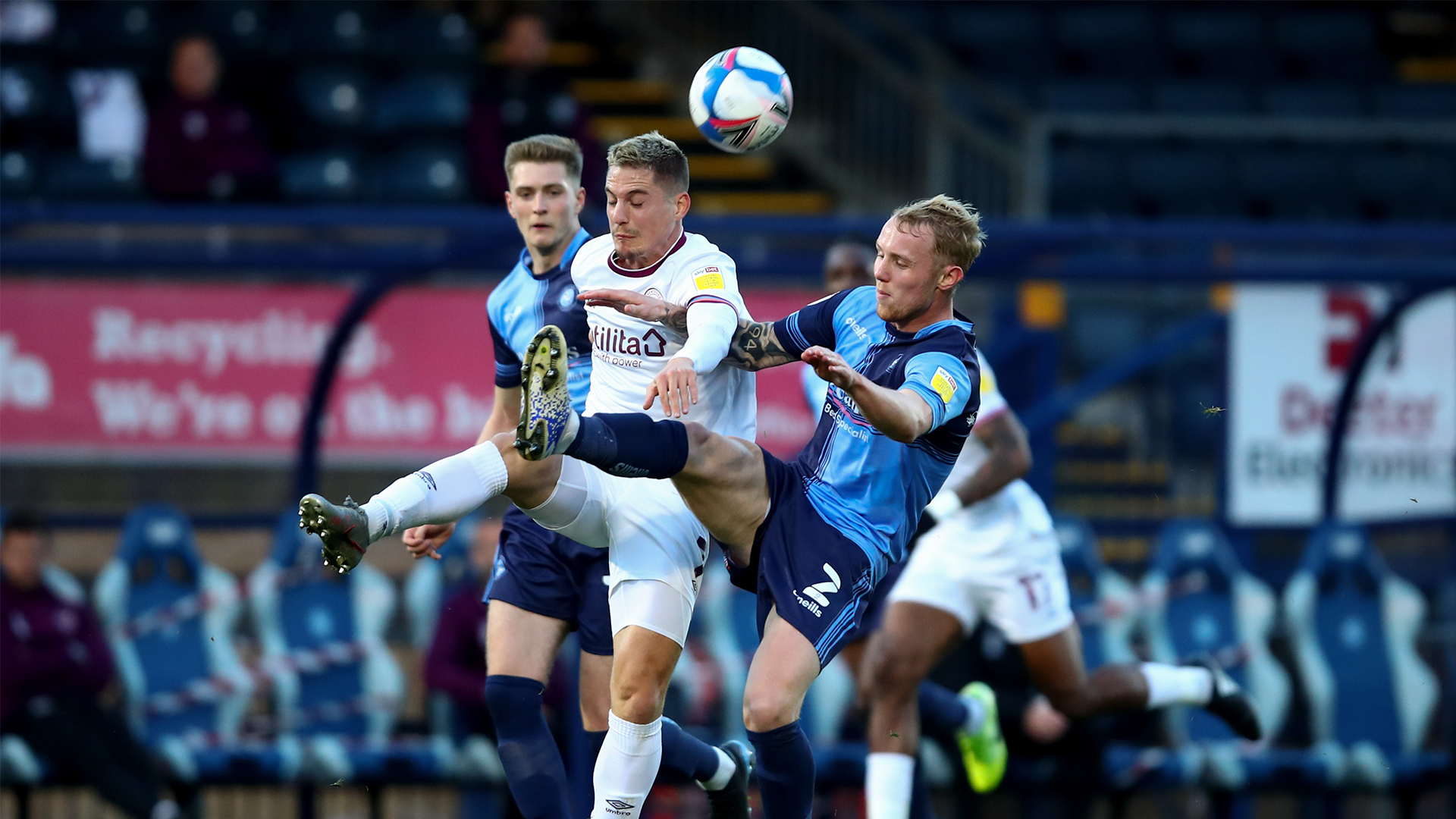