The eyes of the world's media will be on the dugouts but instead of Gareth Ainsworth's leather jacket and snakeskin boots, it'll be Wayne Rooney grabbing the limelight as he leads Derby County for the first time as solo interim manager.

The Rams parted ways with Philip Cocu following a poor start to the campaign and things haven't improved during a period of four coaches all sharing management responsibilities, leaving Rooney to attempt to steer the club off the foot of the table.

They sit three points behind an ever-improving Wanderers team who've lost just one of their last six matches, keeping clean sheets in three, and carry confidence from a succession of impressive performances which will give them realistic hope of claiming a second away win of the season.

Three points could see them climb out of the relegation zone for the first time since the opening day, with that sequence of seven straight losses appearing a distant memory.

Last Time Out
Here are the highlights from Wanderers' 0-0 draw with Huddersfield:

Team News
Wycombe hope to have Dominic Gape available after he came off injured during the midweek draw with Huddersfield, while Matt Bloomfield should be fine for a return to the bench at least after a knock. Ryan Tafazolli, Uche Ikpeazu and Darius Charles continue to be assessed on their respective injuries.

Derby expect to have Martyn Waghorn, Kamil Jozwiak, Krystian Bielik and Colin Kazim-Richards fit again after recent fitness issues, but ex-Blue Jordon Ibe may not be ready in time following an illness.

Man in the Middle
Oliver Langford has shown 46 yellow cards and one red in his 10 games so far this season, and takes charge of a Wycombe fixture for the first time since October 2015 when Wanderers were defeated by Bristol Rovers in a Football League Trophy tie.

Matt Bloomfield scored his first-ever Championship goal to secure a point late on against Derby County, under the floodlights at Pride Park.

In the first competitive meeting between both sides, Derby controlled the first half scoring the opening goal through a clever backheel from Duane Holmes.

After the break, Wycombe performed significantly better thanks to the introduction of Bayo Akinfenwa and Matt Bloomfield, as Gareth Ainsworth looked to roll the dice.

It would be the latter of the pair, Bloomfield, that would get the equalising goal for Wycombe with ten minutes to play, tapping in from close range to score his first-ever Championship goal and to secure a crucial point for his side.

In today's encounter, Chairboys manager Gareth Ainsworth went toe to toe with an ex-England international and current interim manager at Derby County, Wayne Rooney, in his first sole game in charge of the Rams.

Ainsworth’s team news revealed a first start for Garath McCleary and a return to the starting eleven for Dennis Adeniran and Anis Mehmeti, who made his second start in a Wycombe shirt.

The first threatening move of the game came from the home side after Craig Forsyth flashed a ball across the six-yard line meeting Andre Wisdom, who dinked the ball back to Louie Sibley who glanced his header over the bar.

After the Derby move had been completed, Curtis Thompson went down with an injury and was substituted for Alex Pattison after just 15 minutes.

Ryan Allsop, who was debuting the Mardi Gras goalkeeper kit in a league fixture, was called into action with his first save of the game diverting Duane Holmes’ cross behind for a corner.

From the resulting set-piece, Allsop made a crucial flying save to keep out George Evans’ header after Forsyth picked out the midfielder.

Scott Kashket’s first shot of the afternoon found the side netting after a neat move between Daryl Horgan and Garath McCleary to find the Chairboys’ top goalscorer.

Derby had the ball in the back of the net courtesy of Colin Kazim-Richards, but it was adjudged to be offside by the assistant referee.

Kazim-Richards was involved in the next attacking move for Derby and this time it counted when it hit the back of the net. A low cross from the striker found Duane Holmes who skilfully backheeled the ball into the goal. Derby took a deserved lead into the break.

Ainsworth reacted to the first-half performance, making a double change before the start of the second half with Anis Mehmeti and Scott Kashket making way for the experienced duo of Matt Bloomfield and Bayo Akinfenwa.

The presence of Wycombe’s stalwarts showed an instant change in momentum as Akinfenwa headed a looping ball from Jack Grimmer at Derby keeper David Marshall. The striker created an outlet for the crosses coming in from the full-backs.

As the Chairboys looked to maintain pressure on Derby, it allowed Holmes to find himself in space behind the Wycombe defence, but a great save from Allsop stopped the home side from doubling their lead.

Moments later, the Wycombe keeper was unable to do anything about Matt Clarke’s free header, but the Derby defender powered it wide of the post from a corner.

The Blues took full advantage of the new five substitution rule, replacing an injured Adeniran with Fred Onyedinma with just under 20 minutes remaining.

The substitute was called into action instantaneously from a Derby corner, heading Forsyth’s shot away on the goal-line after Allsop saved Clarke’s first chance.

Wycombe’s pressure in the second half finally paid off, after a ball-in from Horgan was bundled onto the goal-line by Onyedinma and Matt Bloomfield was left with a tap-in to level the score.

That goal meant that Bloomfield has scored in every Wycombe Wanderer’s season since he first signed for the club back in the 2003/04 season.

With the Chairboys pushing for a winner in added time, McCleary released a venomous strike at the Derby goal, clattering the crossbar and going agonisingly close to crossing the line, but the points were shared at Pride Park.

Wycombe will turn their attention towards Stoke City at home this Wednesday, which could see the possible return of fans to Adams Park. 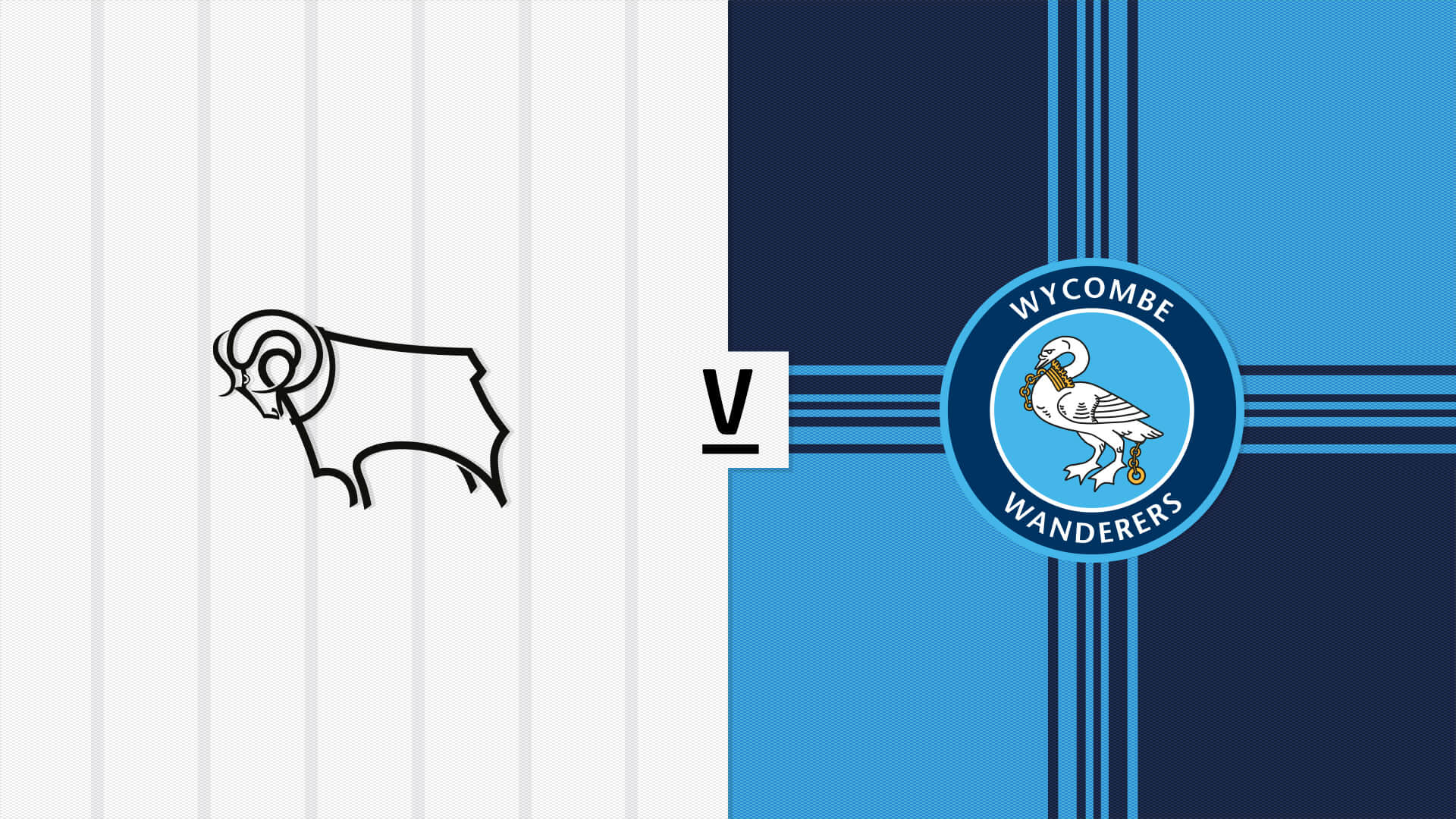 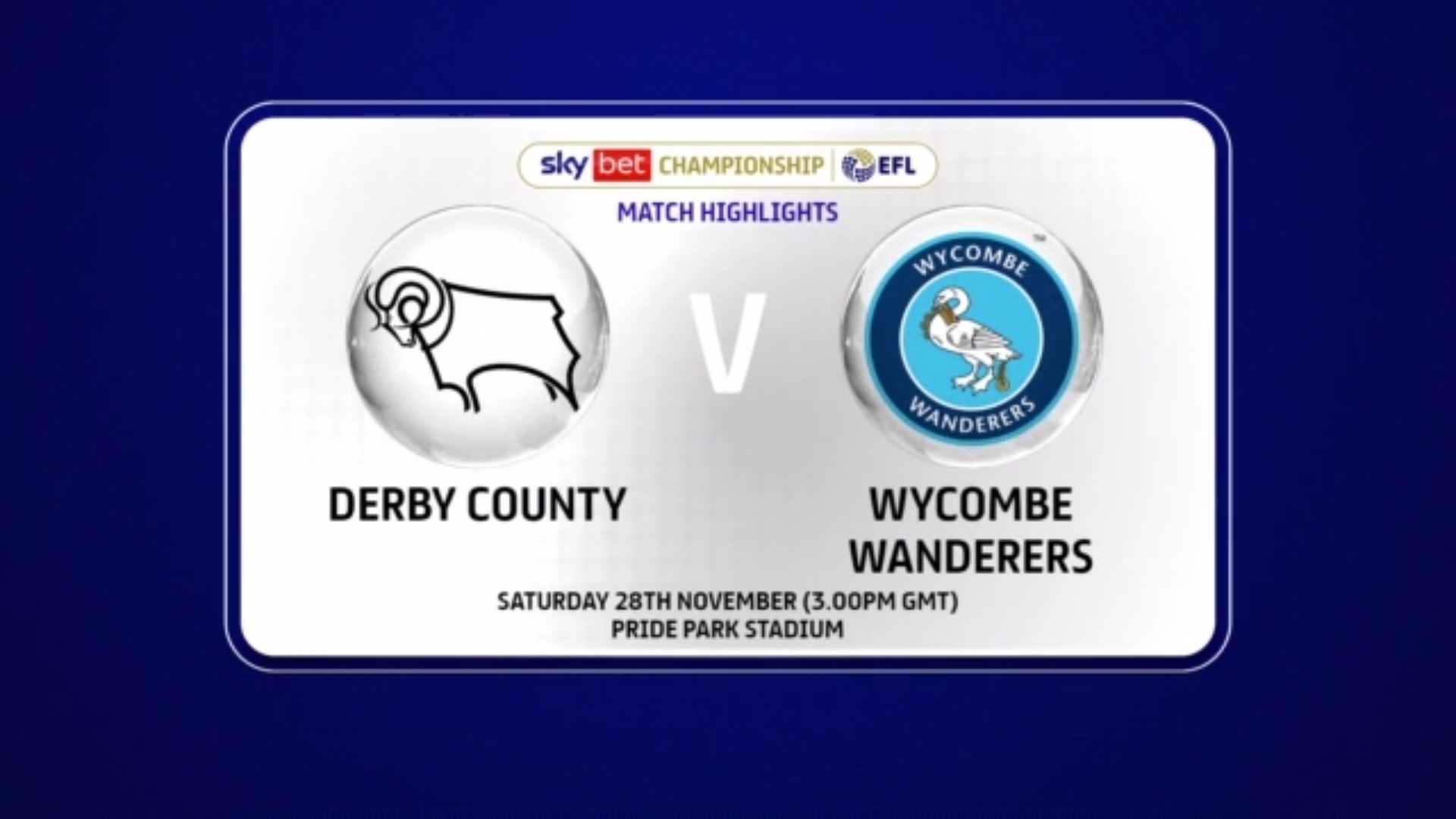 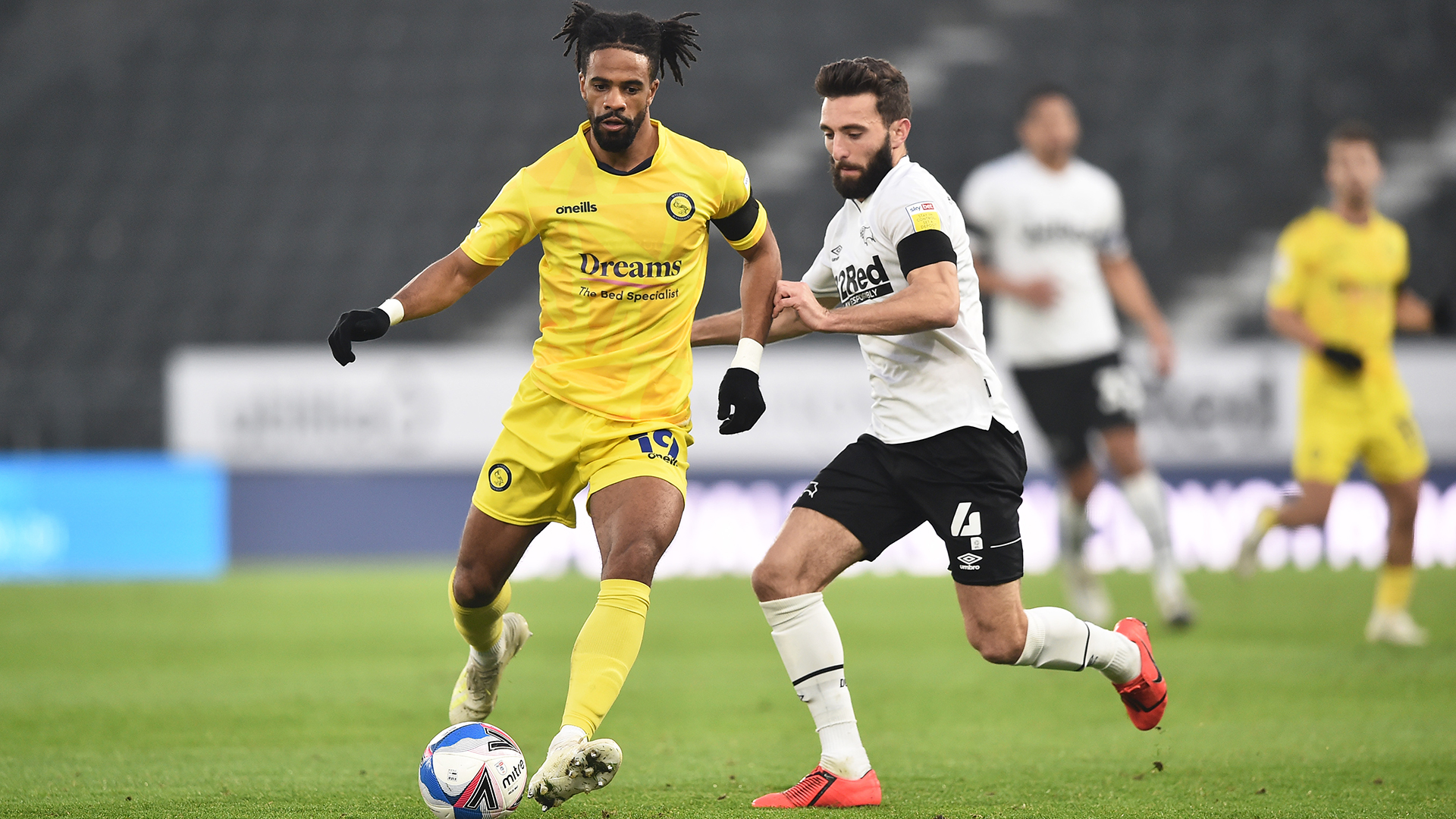