Momentum can play a big part in football and after the eight-game wait for a win was ended with Wanderers' 1-0 triumph over Sheffield Wednesday at the weekend, the Chairboys head to the Midlands tonight seeking back-to-back victories to extend the growing feelgood factor around the club.

Performances have been continually improving as Wycombe prove they've found their feet at Championship level, and they had to overcome the bump in the road of manager Gareth Ainsworth being hospital-bound due to a major back problem late last week.

He'll be watching from home on iFollow as he steps up his recovery and placing his full trust again in assistant boss Richard Dobson, who goes up against former Real Madrid defender and ex-Middlesbrough and Nottm Forest chief Aitor Karanka in the dugout.

Birmingham have won their last two after enduring a six-game winless streak since surprising Brentford on the opening day, and have been grateful to late winners against Huddersfield and Preston which have moved them into the top half of the table.

Here are the highlights from Wanderers' 1-0 win over Wednesday:

Team News
Blues have no fresh injury worries with Ryan Tafazolli returning to the squad at the weekend. Dominic Gape and Jason McCarthy's return to the squad is imminent, though new signing Garath McCleary may need time to reach match sharpness having been without a club since the summer.

Jake Clarke-Salter, Zach Jeacock and Josh McEachran are missing for the hosts, but boss Karanka will hope that another injury victim - Adam Clayton - is fine.

Kit
Wanderers will be in their red and white quarters for the first time.

Man in the Middle
Josh Smith has shown 26 yellow cards and one red in his eight games so far this season, and takes charge of a Wycombe fixture for the first time since overseeing the 1-0 loss to Stevenage in last year's EFL Trophy.

How to Watch
Season ticket holders can watch for free on iFollow; your iFollow accounts will automatically be upgraded to enable access to watch the match. Click here for full details.

A stoppage time winner gave Wanderers all three points after an outstanding performance to come from behind at Birmingham City.

The Chairboys would have felt disappointed to trail at the break to Marc Roberts' header, but their second half dominance paid off when Scott Kashket turned home Fred Onyedinma's shot before Onyedinma played a big part in the winner as he helped steer the ball over the line following a corner.

Richard Dobson – leading the side again with manager Gareth Ainsworth recovering at home from a back operation – named an unchanged squad from the one that collected its first victory of the season at the weekend, pairing Adebayo Akinfenwa and Scott Kashket in attack again with David Wheeler and Daryl Horgan supporting from out wide.

At the other end, Dennis Adeniran made an important block as space opened up for Ivan Sanchez to get a shot away from just inside the area, and then Ryan Allsop tipped over Harlee Dean’s powerful drive from the edge.

Wycombe’s number 3 went close again but this time with a classy run and piece of skill to beat two defenders before drilling narrowly wide from the edge of the area, and was denied a stunning opener on 38 minutes when his sublime free-kick was tipped away from the top corner by Neil Etheridge in goal.

But within moments, the visitors were behind. A corner from the right landed dangerously into a cluster of players and it was Marc Roberts who forced it home with a fierce header, giving Allsop no chance.

The keeper was called upon to prevent a second goal soon after when he kept out Lucas Jutkiewicz’s bullet header as the hosts cranked up the pressure, but their lead remained a slender one-goal advantage going into half-time.

Jutkiewicz stung the palms of Allsop with the first chance of the second half, seizing on Bela’s pass, before an excellent, patient build-up almost brought the Chairboys level but Akinfenwa couldn’t quite convert Horgan’s low cross under pressure from the defender.

Wycombe brought Anis Mehmeti and Fred Onyedinma off the bench on 63 minutes as Dennis Adeniran and David Wheeler made way, and the changes gave the side more impetus as Birmingham opted to sit back and attempt to soak up pressure to see out the 1-0 win.

It didn’t work. Onyedinma was the catalyst for the equaliser, finding space at the end of a patient move to get his shot away, and the ball cannoned off Kashket and into the net to bring Wanderers deservedly level.

They then almost took the lead when Onyedinma lashed the ball across the face of goal and Horgan was inches away from meeting it, with Wycombe continuing to hold the upper hand and play at the greater tempo at the clock ticked towards 90.

Daryl Horgan won the corner that led to the winner in stoppage time, with his rocket of a shot taking a deflection and going behind, and from Jacobson’s corner, Neil Etheridge’s unconvincing punch was returned to danger by Josh Knight and bundled home by a combination of Onyedinma and Blues defender Kristian Pedersen as the celebrations rang out from the away bench… and the Ainsworth household over 100 miles away. 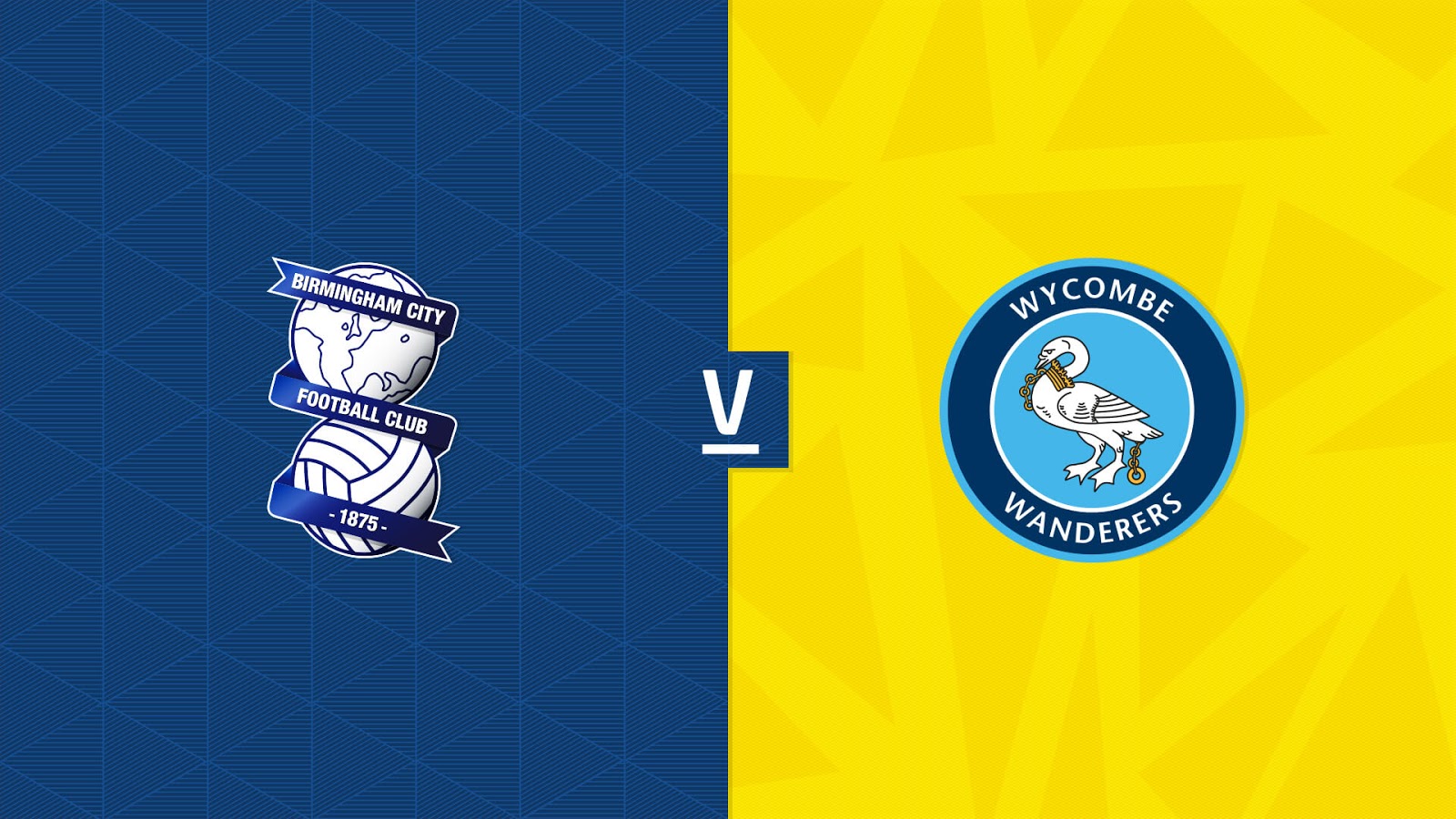 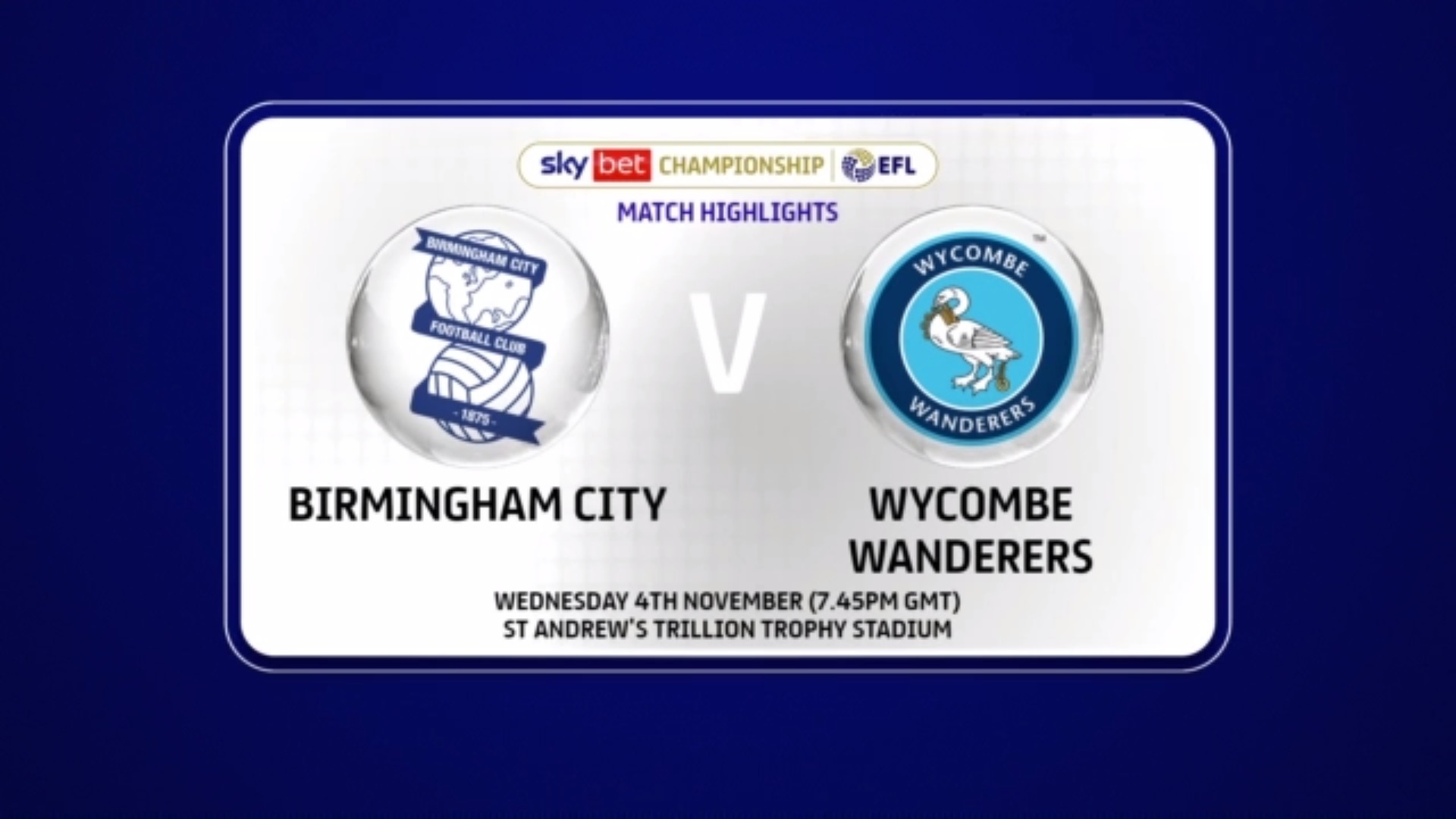 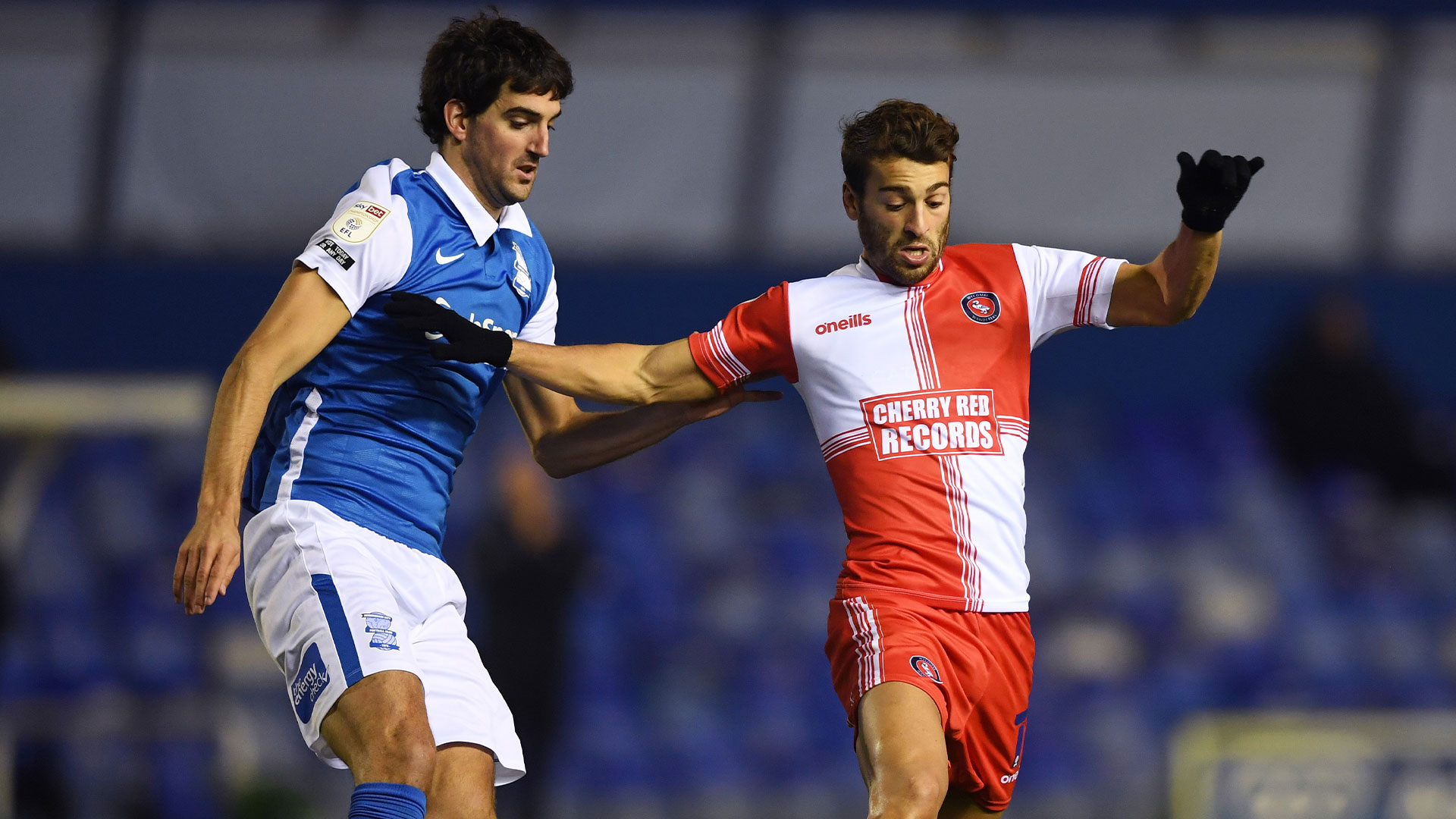