Your guide to matchday 45.

The final home game of the season brings AFC Bournemouth to Adams Park for the first time since November 2011, with the Cherries already guaranteed a play-off spot while the Chairboys know their odds of survival are stacked against them.

Gareth Ainsworth's men are one of the in-form sides in the division, seeing off Blackburn, Rotherham and Bristol City during the month of April, but last week's loss at Cardiff sees them needing an unlikely set of results to go their way if they are to beat the drop.

They would, however, love to finish the season on a high against two former Premier League outfits in Bournemouth and Middlesbrough, and go into Saturday's game buoyed by the return of Josh Knight following a three-game suspension.

Adebayo Akinfenwa scored his first Championship goal last time out at Adams Park but that feat was almost achieved on a number of occasions in the reverse fixture, when Bournemouth keeper Asmir Begovic produced a man-of-the-match winning display to keep the Blues out in a 1-0 home win.

WATCH: It's live on iFollow
PLAY: £250 up for grabs with Wyc Picks
READ: Manager's thoughts

Social Media Boycott
Wanderers are joining the wider footballing community in boycotting its social media platforms this weekend, in protest at the lack of intervention against discriminatory abuse towards football players. As such, updates will be provided on the website only.

Last Time Out
Here are the highlights from the 2-1 win over Bristol City last week.

Team News
Ryan Tafazolli returned from injury at Cardiff and Josh Knight is available again after his ban, so it's only Dominic Gape, Nnamdi Ofoborh and Scott Kashket in the treatment room. Ofoborh, in any case, is ineligible to face his parent club.

Bournemouth could shuffle the pack to rest key players for the play-offs, having ended a long winning run with a defeat to Brentford last weekend.

Kit
Wanderers will be in their regular home strip for this match.

Man in the Middle
Geoff Eltringham has shown 78 yellow and five red cards in his 27 matches in charge, which included Wanderers' 2-0 defeat at Watford, 2-1 loss at Barnsley, and 2-0 reverse at home to Swansea.

A screaming top corner finish from Uche Ikpeazu in the fourth minute was enough to give Wycombe all three points in their last home game of the Championship season. Despite Bournemouth having a number of chances in an increasingly scrappy game towards the game’s conclusion - notably Anthony Stewart’s heroic clear onto the crossbar - the Chairboys stood resolute defensively in an entertaining match-up with the promotion-chasing side.

Wycombe kicked off their final game of the season with the same team that fell to a 2-1 defeat against Cardiff City at the weekend.

Wanderers were the first to get a set piece opportunity, as Ikpeazu twisted and turned past his man, who then had to make a last ditch tackle to prevent the cross. Joe Jacobson’s inswinging corner calmly collected by the towering Asmir Begovic.

However, it didn’t take long for Ikpeazu to create another bit of magic - the Wycombe number nine driving in from the right hand side and taking on a number of players before unleashing a corker of a left-footed shot. Begovic, who had been so sure footed in collecting the corner moments before, floundered as the shot flew into the top left corner. Wycombe 1-0 AFC Bournemouth.

The Chairboys were dealt a blow at the end of the first ten minutes, as Dennis Adeniran, who had been dominating the midfield, landed awkwardly from a tackle and had to be assisted off the pitch by club physios.

The early injury to Adeniran saw the return of Leicester loanee Josh Knight, who had been suspended for three games following a red card at the home clash against Luton.

Following the break in play, both teams struggled to make a real impact. Garath McCleary looked to emulate Ikpeazu as he drove forward and sent a ball spinning low towards goal. Begovic did well to get down and parry the shot away, agonisingly close to the path of onrushing Admiral Muskwe.

It was Bournemouth that had the next opportunity, as a clumsy tackle by Anthony Stewart was enough to see referee Geoff Eltringham blow the whistle for a free kick on the right hand side of the area. David Brooks was the man who stepped up for the away side, but his inswinging shot sailed over the bar and out for a goal kick.

Bournemouth came close again as Sam Surridge looked like he was going to absolutely thrash a ball inside the 18-yards-box. Joe Jacobson came to the aid of goalkeeper David Stockdale, expertly blocking, before the rebound was hit goalwards once again, this time cleared off the line by Jack Grimmer.

Despite the Bournemouth chances, Wycombe were still working immensely hard and were creating opportunities for themselves. Fred Onyedinma was being particularly troublesome to right back Jack Stacey.

A fantastic cross park ball from Jason McCarthy completely bypassed the Bournemouth defence and was controlled beautifully by Onyedinma whose cross found the head of goalscorer Ikpeazu. His header was perfectly placed to bring McCleary into play, and the latter’s header had to be tipped over the bar by Begovic.

Wycombe piled the pressure on with the ensuing corner. Jason McCarthy’s perfectly weighted delivery was met by a rising Muskwe, whose header beat the keeper but was cleared off the line and away.

Despite Bournemouth enjoying more possession, the Chairboys continued to test the away team’s back line. Another long ball was collected expertly by Onyedinma, and this time, instead of crossing, the Wycombe number 23 danced past his man with a few stepovers and whipped a shot goalward - not far off.

Another Chairboys injury saw Jack Grimmer replaced with David Wheeler. It didn’t take long for Wheeler to get involved, as his header to Muskwe was then flicked on to Onyedinma, whose shot flew high into the stands.

Wycombe started the second half brightly and McCleary came close after around five minutes of play. A free kick won by Curtis Thompson was dinked forwards by Jacobson towards McCleary. He managed to battle his way through and tap a cross in, but off balance, McCleary couldn’t do enough and Begovic was able to claim.

Up the other end, Bournemouth should have scored. A free kick from the right hand side made its way to Chris Basham who found himself in acres of space with only Stockdale to beat. The Bournemouth man somehow couldn’t get himself in the right position and his header flew harmlessly over the bar.

Following that scare, Jacobson stepped up again in the 55th minute, intercepting on the edge of the box before unleashing a ferocious effort goalwards. Bournemouth’s Cameron Carter-Vickers did his goalkeeper a favour by blocking the shot - unfortunately for him, it was his face which took the brunt, and there was a short pause in play as he received treatment.

The short pause did favours for Bournemouth and they caught Wycombe on the break as play resumed. Brooks was played through one-on-one and managed to take it past Stockdale and dink an effort goalwards. Stewart did immensely well to slice his boot at the ball off-balance and tip the effort onto the underside of the crossbar and away.

Gareth Ainsworth made two more changes in the 77th minute - Josh Knight who had just gone down with a head injury, and Curtis Thompson making way for Ryan Tafazolli and Jordan Obita.

As the half ticked on, it became more and more scrappy, with a number of tired tackles hitting both sides. Wycombe were absorbing a lot of pressure, but were doing so well. Ikpeazu continued to push, winning another free kick deep in Bournemouth territory late in the game, which Bournemouth did well to clear away.

With six minutes of extra time indicated by the fourth official, the Chairboys did well to hold on for their 10th victory of the Championship season against a team in the playoffs.

Wycombe make the long journey to Middlesbrough next Saturday in their last game of the season, hoping to finish their Championship season with a bang. 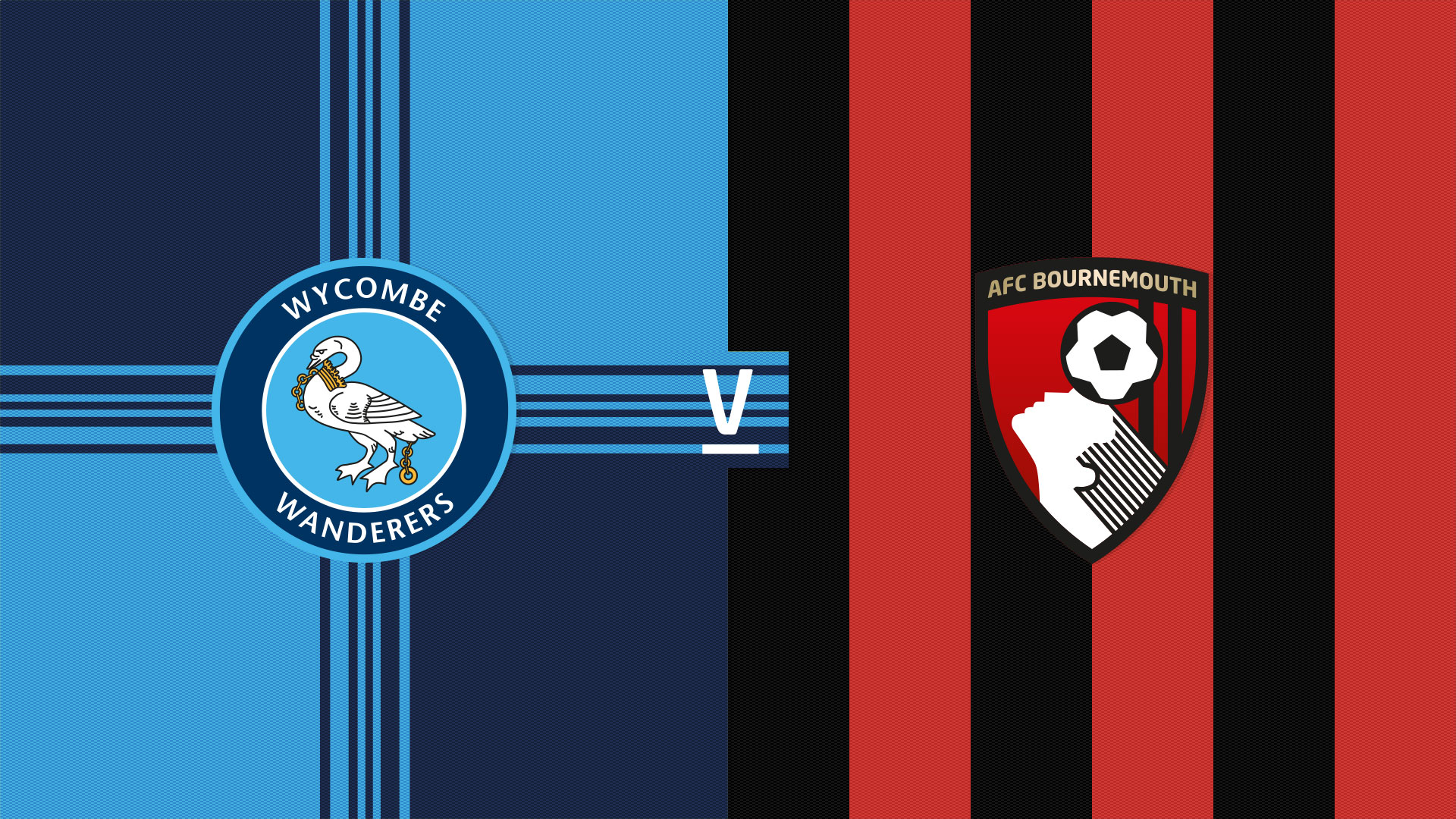 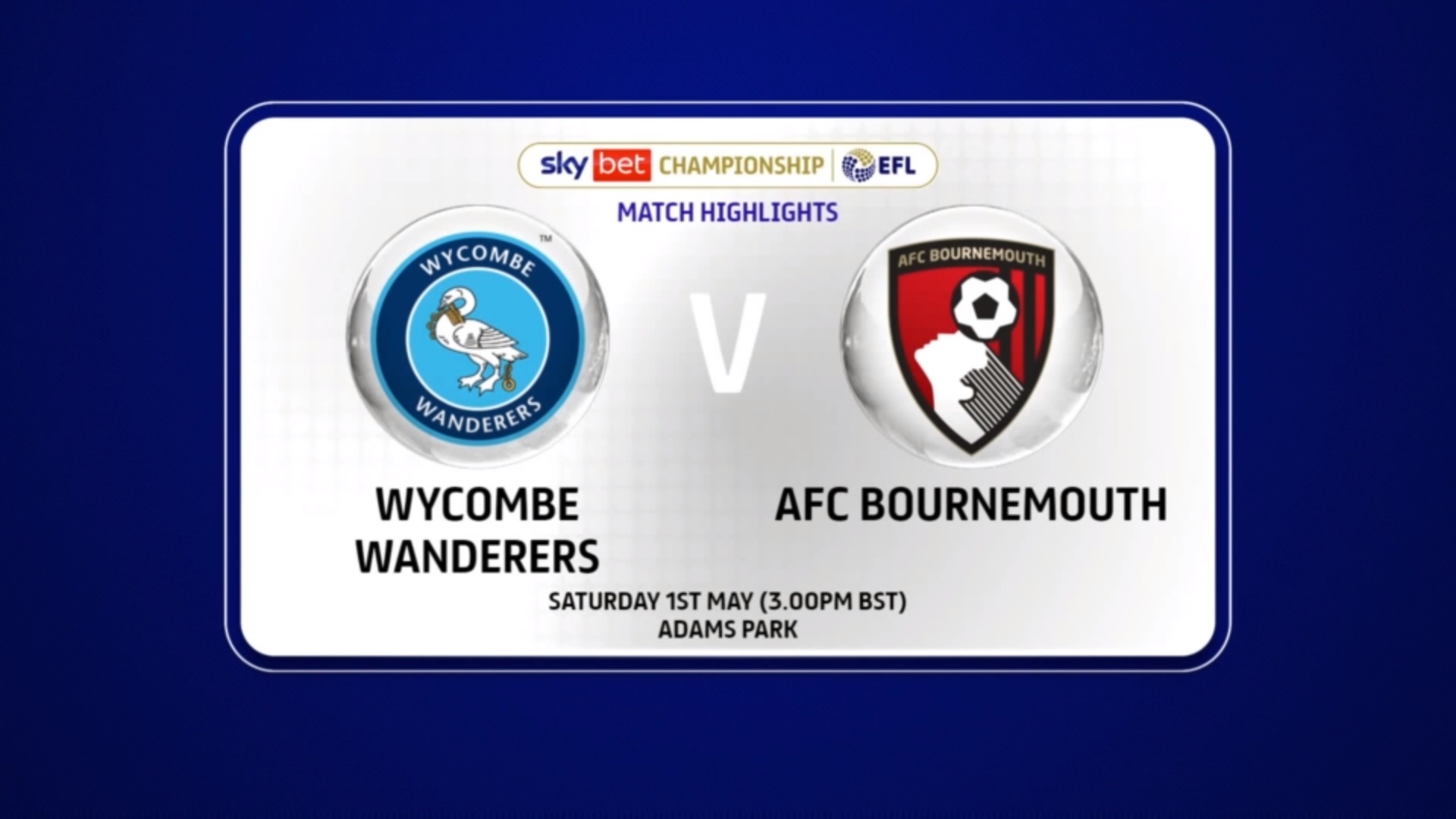 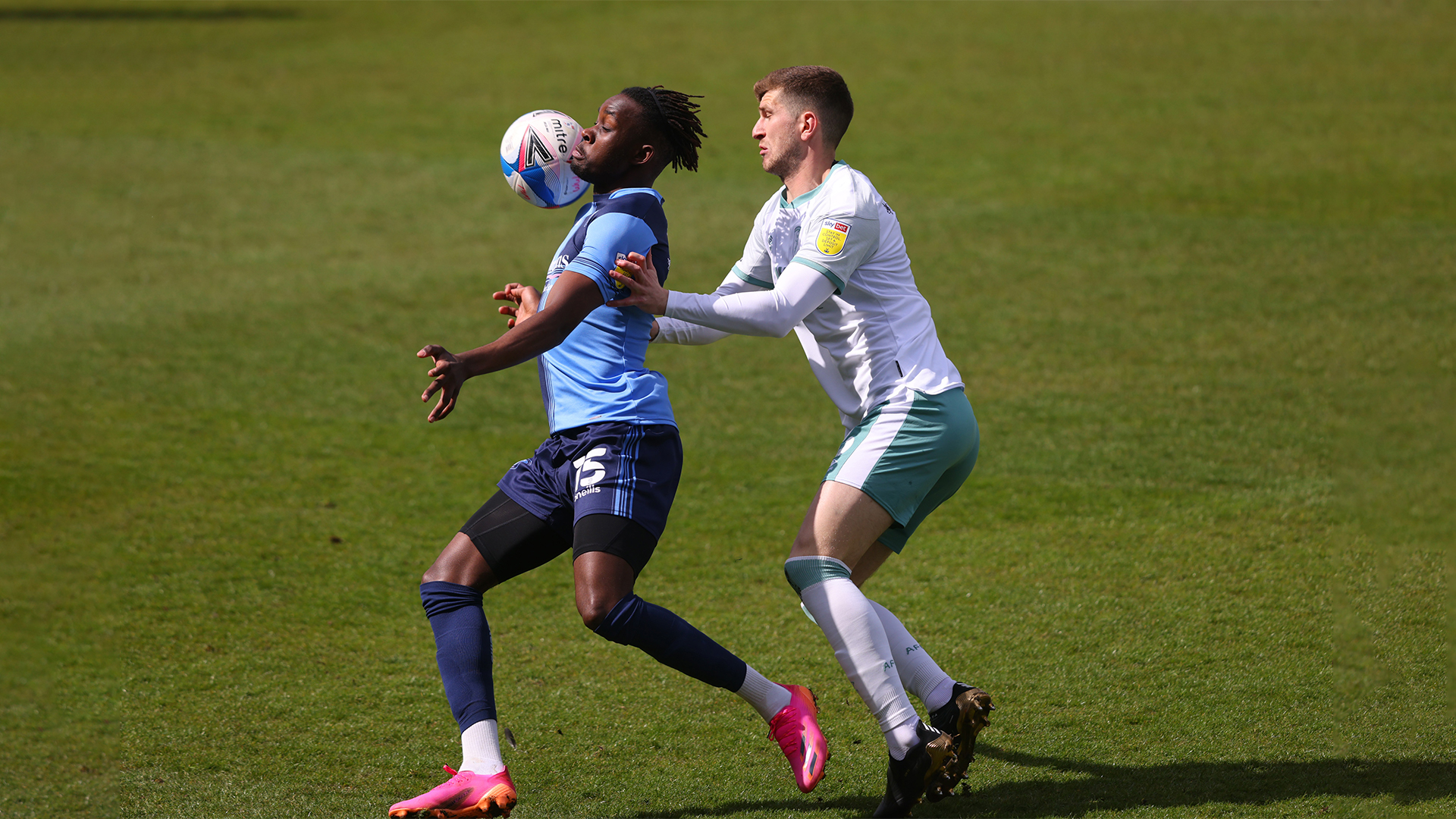