Your guide to matchday 46.

Sign off in style: that's the message to the Chairboys squad as their first Championship adventure draws to a close at the Riverside Stadium on Saturday.

Gareth Ainsworth's men need an unprecedented results to go their way to avoid a return to League 1, but the first target is to finish the campaign with a victory which hopefully takes them off the bottom and continues their excellent recent form.

Neil Warnock's men will finish in a comfortable mid-table spot and won the reverse fixture 3-1 at the start of January, but have won just two of their last eight matches.

Nostalgic Chairboys fans will reminisce about the FA Cup third round meetings between the two clubs in 1975, with the non-league Blues succumbing to a narrow 1-0 loss in the replay at Ayresome Park after a 0-0 home draw with the top-flight outfit. Wycombe's only previous visit to the Riverside Stadium was a 2-0 defeat in the first leg of a 1998 League Cup tie.

Last Time Out
Here are the highlights from the 1-0 win over Bournemouth last weekend.

Team News
Ryan Tafazolli returned from injury last weekend so could feature, while Josh Knight, Jack Grimmer and Dennis Adeniran have all been assessed following the knocks that forced them off against Bournemouth and will hope to be available. Dominic Gape, Nnamdi Ofoborh and Adebayo Akinfenwa have also been sidelined but Gareth Ainsworth mentioned to the press that all players are hopeful of featuring in the final game of the season.

Kit
Wanderers will be in their regular blue strip for this match.

Man in the Middle
Martin Atkinson has shown 63 yellow and two red cards in his 26 matches in charge this season. The last Wycombe matches he took charge of came in 2003/04; the most recent being the 2-2 draw with QPR in which Matt Bloomfield scored his first goal for the club.

A phenomenal performance from the Chairboys in their last Championship game of the season saw them clinch all three points away to Middlesbrough. First half goals from Fred Onyedinma and Garath McCleary were cemented by a headed goal from Jason McCarthy in the second period.

Middlesbrough struggled to deal with the onslaught of Chairboys chances, with Gareth Ainsworth’s men looking every bit the Championship side as they dominated all over the pitch.

The Chairboys travelled to the Riverside Stadium to take on Middlesbrough in their final game of the 2020/21 Championship season. A strong side lined up against Neil Warnock’s Middlesbrough side - Ryan Tafazolli returned to the starting-eleven after injury, while Jack Grimmer dropped to the bench following a knock in the Bournemouth tie.

Middlesbrough were the first to get a set piece chance less than a minute into the game. Curtis Thompson used his strength to win the ball in the Wycombe half, but was deemed to have fouled his man. Paddy McNair stepped up to take and popped a ball over the top for his teammates. The initial clearance fell to a red shirt, but Joe Jacobson was on hand to provide the block.

Despite the early chance for Middlesbrough, Wycombe were playing some attractive football, with Uche Ikpeazu and Garath McCleary linking up incredibly well on the counter down the left-hand side. It looked like the pair would charge all the way into the box, but the home side got enough shirts back to smother the attack.

Moments later, Ikpeazu nearly caused another real issue for Boro. Closing down the back line, he was inches from latching onto a poorly timed back pass. Jordan Archer just about got there to clear, but the home side were looking increasingly nervy at the back with Ikpeazu running himself into the ground to put them under pressure.

That pressure paid off in the 13th minute, as a wonderfully timed through ball by Ryan Tafazolli was met by Fred Onyedinma who still had a lot still to do sandwiched between two red shirts and with an onrushing Jordan Archer to beat. However, he released his shot just on the edge of the box, and despite getting a touch off the Boro keeper and bouncing high, it still nestled itself in the back of the net. The Chairboys had that all-important opening goal. Middlesbrough 0-1 Wycombe.

The Blues continued to push on, and a cynical foul on Ikpeazu on the edge of the area five minutes later saw them awarded another chance. Great link-up play on the left-hand side saw the ball inches away from our number nine, but George Saville’s body check prevented any danger and saw referee Martin Atkinson blow his whistle. Jason McCarthy stepped up to take, but his shot flew high and wide.

Neil Warnock’s side struggled to get a handle on the game as Ikpeazu and McCleary continued to cause issues for Grant Hall and Paddy McNair, forcing their way into the box a number of times, and demanding a save from Archer in the 21st minute. Minutes later McCarthy nearly steamrolled his way into a goalscoring opportunity from a Thompson through ball as well, but Marvin Johnson did enough to prevent the shot.

It was an Ikpeazu-McCleary link-up that doubled the Chairboys’s lead. McCleary played in Ikpeazu who got past his player and returned the favour from a tight angle. It almost looked like McCleary hadn’t got hold of enough of the ball as he lost his balance, but it just about dribbled into the back of the net. Middlesbrough 0-2 Wycombe.

The Chairboys continued to pile on the pressure as the half ticked on, while Middlesbrough carried on in the same rather lack-lustre fashion. Dennis Adeniran was deemed to have piled on too much pressure in the closing minutes of the half, as a gritty challenge saw Martin Atkinson brandish the yellow card at the Everton loanee.

The Chairboys went into the break with a two-goal cushion and likely with a positive outlook for the second half. Dominating all over the pitch and not looking like conceding - more of the same would have been the ask from Gareth Ainsworth.

Wycombe sped out of the blocks for the second half while Middlesbrough still looked lethargic. Onyedinma, who had been running rings around the home side’s defence in the first half, caused issues from the off - delivering some searching balls early into the half, with one culminating in a stinging McCleary shot having to be blocked in the box after a flick on by Ikpeazu.

The Wycombe number nine then became the distributor - driving down the right-hand side before unleashing a corker of a cross-park ball into the feet of Onyedinma whose characteristic stepovers allowed him to get a shot off. Again, taking a deflection and winning the corner.

Tafazolli, who had returned to the side after a period of injury, was a towering presence at back-post as the subsequent Jacobson delivery sailed in. The former was able to head back across the face of goal, and McCarthy was there to head home from close range to provide Wycombe’s third of the game. Middlesbrough 0-3 Wycombe.

The Chairboys didn’t slow down though, and the home side, despite their superior possession, were unable to create any real chances. Some great pairings were emerging - Ikpeazu and Admiral Muskwe were linking up expertly, and Onyedinma went one-on-one from a well-timed McCleary flick.

Gareth Ainsworth made his first changes in the 73rd minute as Garath McCleary and Dennis Adeniran made way for David Wheeler and Daryl Horgan.

It didn’t take too long for the substitutes to make a difference, with Horgan whipping in a cross towards the back post. Ikpeazu rose up to meet it, with space, but headed harmlessly away for a corner.

Two more changes saw a new-look front line for the Chairboys, as Uche Ikpeazu and Admiral Muskwe made way for Alex Samuel and Anis Mehmeti in the 82nd minute.

A final substitution also saw Mr Wycombe himself, Matt Bloomfield, enter the fray in place of Curtis Thompson, receiving the captain’s armband in the process - a fantastic way to finish the season for a player who has been such a huge part of the club’s history.

The final whistle blew with the Chairboys securing all three points. Not enough to keep them in the Championship but enough to drag them off the bottom and just one point from survival. 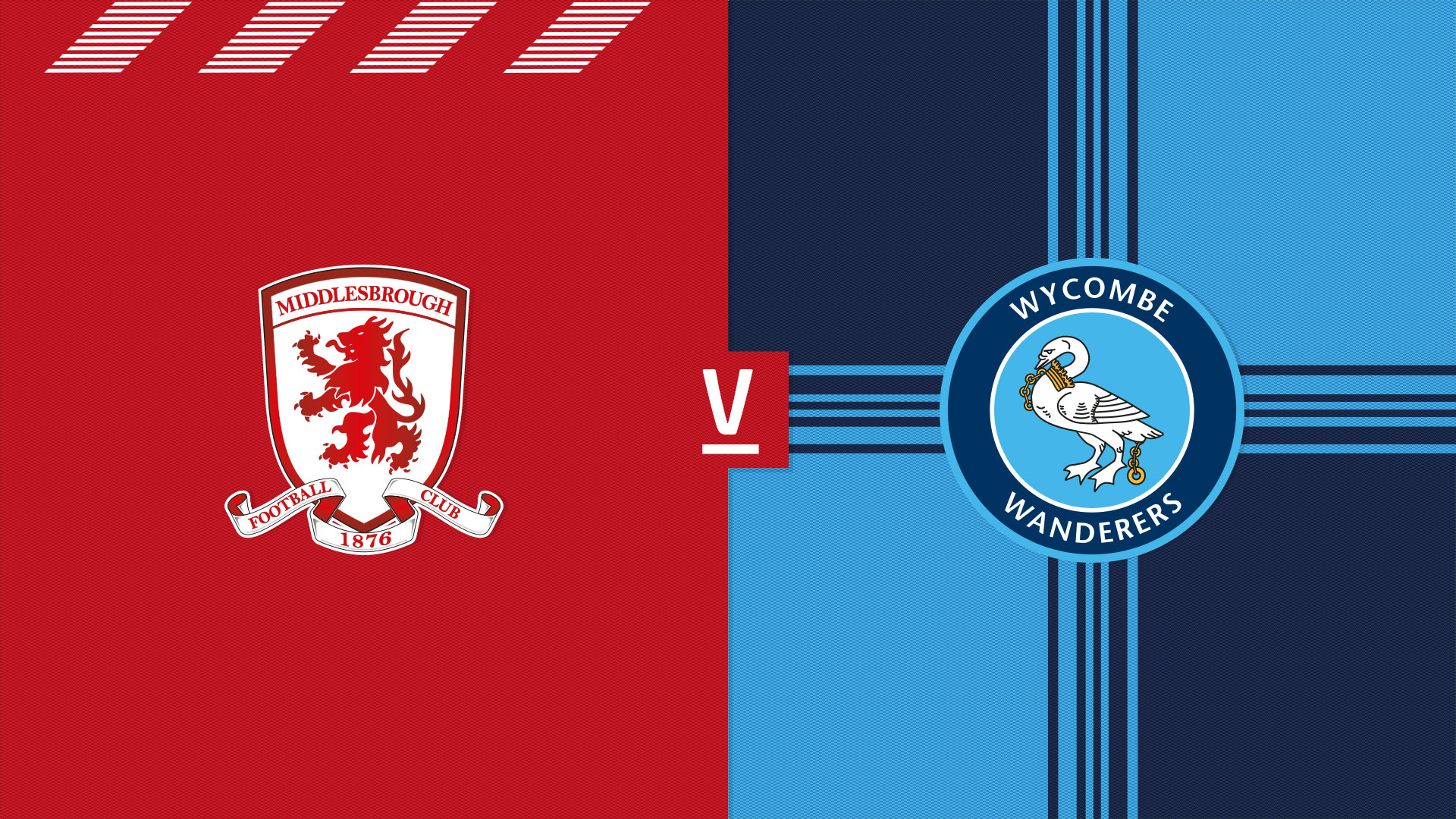 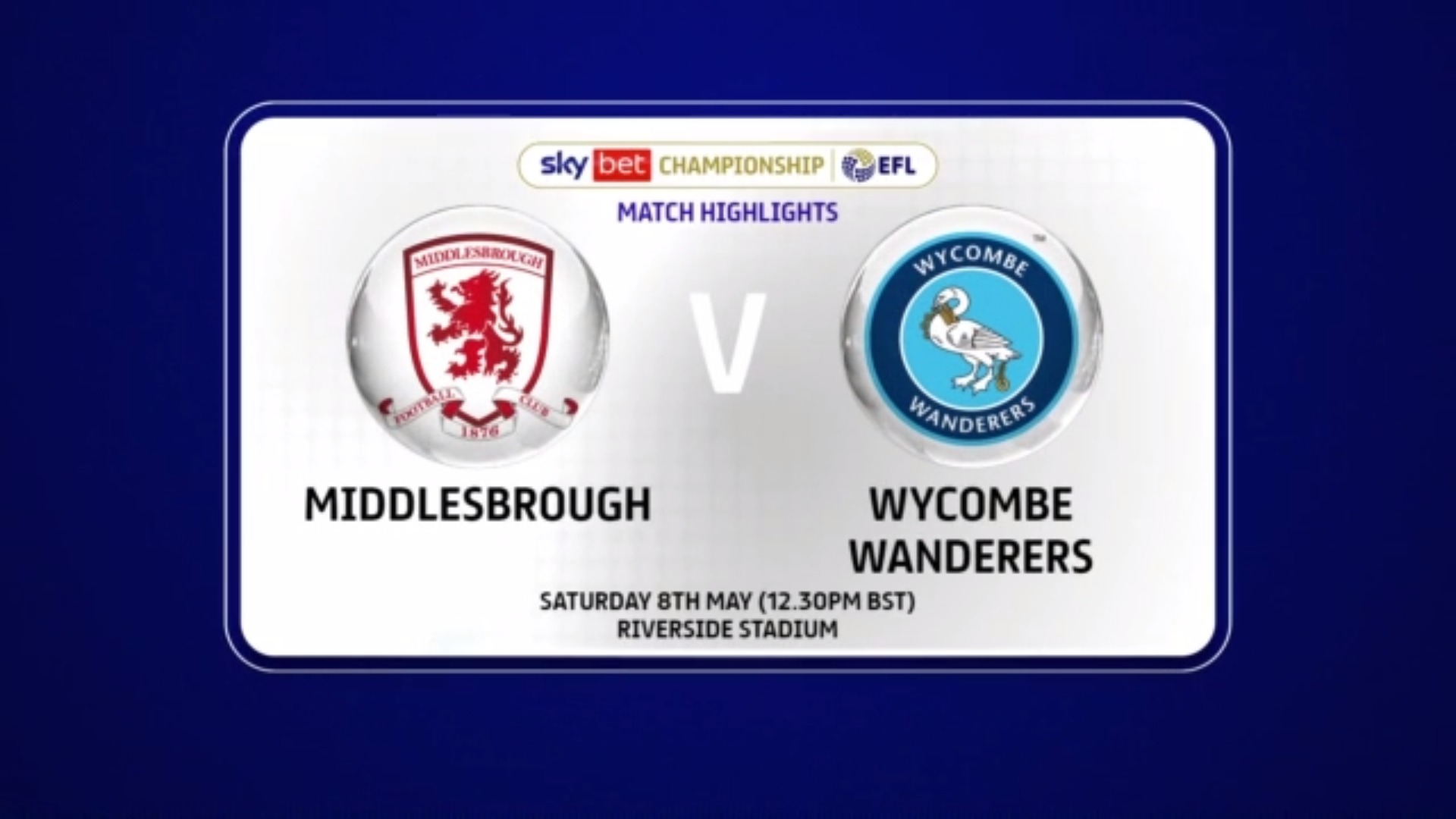 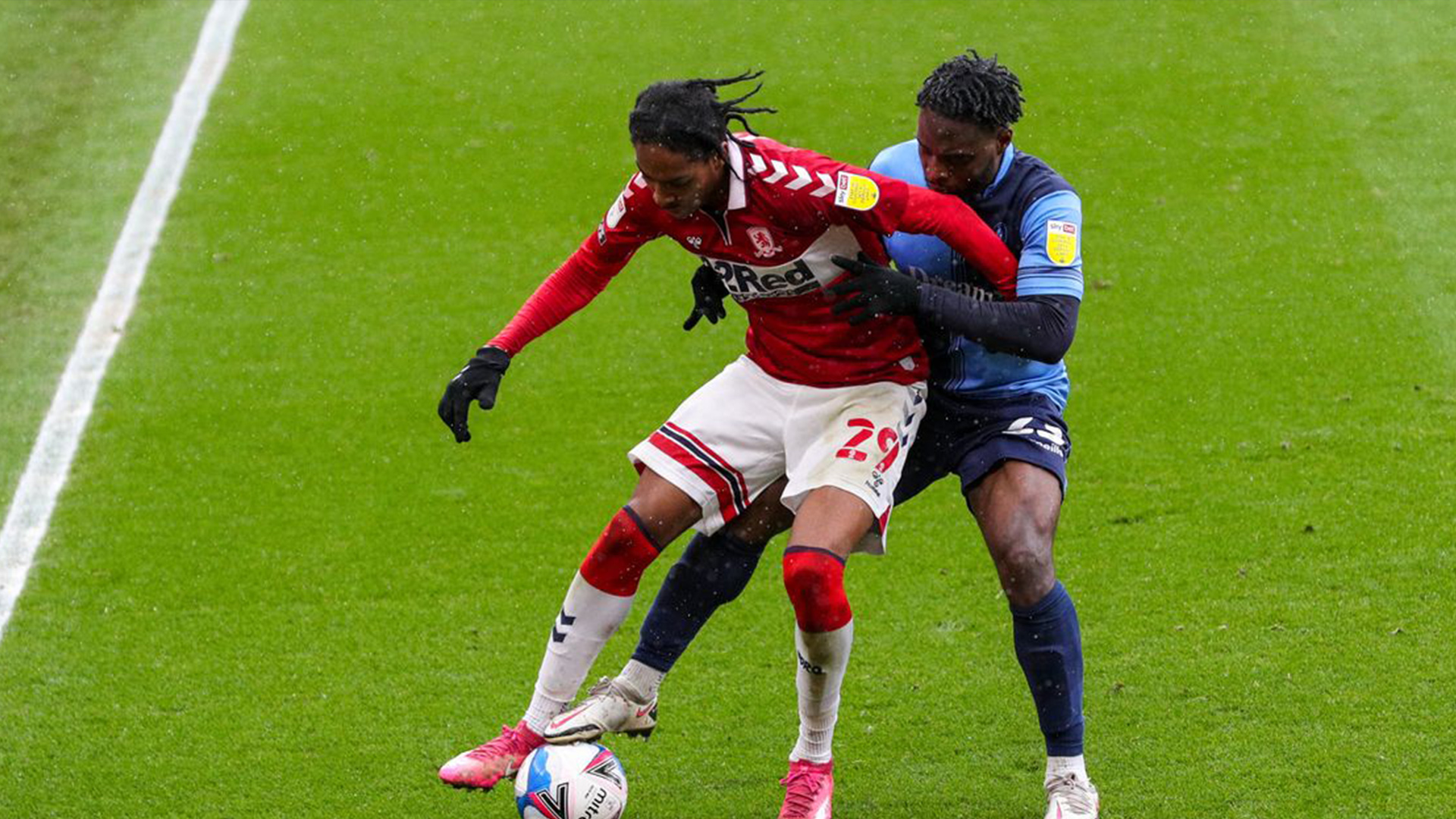