A gruelling sequence of fixtures has taken its toll on both of these sides, who between them have faced all of the top four over the past week and come away empty-handed, heightening the need for points to be added to their respective tallies this weekend.

Stoke's win in the reverse fixture at Adams Park in December - the first match attended by fans this season - bore all the hallmarks of a promotion-chasing side: defensively sound, clinical up-front, and well-organised.

But Michael O'Neill's side - now in the 11th place - have only won four of their 19 matches since then, and lost each of the last three, going down to a dubiously-awarded penalty in stoppage time against Swansea in midweek.

Wycombe collected deserved victories over Huddersfield and Reading in recent weeks, but found Norwich and Watford too strong in their last two outings, and can't lose faith in their survival efforts as they return to Stoke for the first time since being hammered 5-1 20 years ago.

WATCH: It's live on iFollow

Last Time Out
Here are the highlights from the 1-0 win for the Potters at Adams Park:

Team News
Joe Jacobson returned at left-back in midweek with Jordan Obita sidelined through injury, but there are no fresh injuries, giving Gareth Ainsworth food for thought with his starting XI.

Stoke defender Danny Batth suffered a head wound in midweek and will be assessed, but James McClean, Sam Clucas, Morgan Fox, Nathan Collins and Tyrese Campbell are definitely out. Rabbi Matondo could return after injury.

Kit
Wanderers will be in their first-choice light and dark blue quarters.

Man in the Middle
Andy Woolmer has shown 69 yellow cards and just one red in his 24 games so far this season; he's overseen 11 Wanderers fixtures in his career, but none since a 1-0 win over Stevenage in 2016. There've been 12 yellow cards, no reds, and one penalty in those games.

A quickfire double from Stoke City in the second half halted a resurgence from Wycombe at the Bet365 Stadium.

The Potters controlled the early stages of the game as Nick Powell hit the crossbar only a few minutes after kick-off. Still, Wycombe ended the half the stronger of the sides as Uche Ikpeazu and Anis Mehmeti combined well to create opportunities on the counterattack.

After the break, Wycombe continued to apply pressure on the Stoke City defence, forcing goalkeeper Angus Gunn into a few saves including Ryan Tafazolli’s downward header and Admiral Muskwe’s close-range strike. The home side finally broke the deadlock through Rhys Norrington-Davies following some neat interplay between Steven Fletcher and the goalscorer.

Five minutes later, the home side doubled their lead as Jack Clarke’s corner was met by Harry Souttar who was able to power a header into the back of the net. Wycombe nearly got one back after Adebayo Akinfenwa headed just wide of the post, but in the end, Stoke City were able to hold onto the result.

Gareth Ainsworth’s team news revealed four changes from the side that missed out to Watford midweek. Admiral Muskwe was back into the starting eleven, alongside Anis Mehmeti, Garath McCleary and Jason McCarthy.

The home side were the first to challenge through Nick Powell, whose header hit the crossbar. Tommy Smith’s cross was pinpoint and managed to pick out the midfielder, who was a free man on the edge of the six-yard box. Powell had scored in the reverse fixture at Adams Park back in December.

Stoke City striker Steven Fletcher had a great chance to break the deadlock a few moments later after finding himself in-behind the Chairboys defence, but he mistimed a header and Joe Jacobson was able to clear the ball.

Wycombe came closest themselves from a Joe Jacobson free-kick as the left-back managed to pick out Uche Ikpeazu, but the Blues striker couldn’t get a good enough connection and headed wide.

The home side, who had maintained their pressure for most of the first half, nearly managed to score before the break. Powell rolled a ball into the path of Jacob Brown, but the Stoke winger couldn’t reach it to tap it home at the far post.

The Chairboys finished the half strongly though as Ikpeazu and Mehmeti combined nicely to allow the latter of the duo to get a shot away, which was saved by Stoke keeper Angus Gunn. However, both sides went into the break goalless.

At the start of the second half, Powell, who had been heavily involved in the first half, had the ball in the back of the net, but it was ruled out for a foul on Anthony Stewart in the build-up.

Minutes later, Stoke had a golden opportunity to go a goal ahead after a ball to the far post went past Stockdale leaving an open goal for Joe Allen, but the experienced midfielder completely miscued it and couldn’t even get a shot away.

The Blues went down the other end almost immediately and Muskwe got a shot away at goal which Gunn had to parry away.

Wycombe continued their advance on goal as Ryan Tafazolli forced a great save out of Gunn, as the centre-back headed the ball down and towards goal from a corner.

The home side eventually managed to break the deadlock following a one-two between Fletcher and the goalscorer Norrington-Davies, which allowed the left-back to slide the ball underneath Stockdale. It was Norrington-Davies’ first goal of the season.

Stoke City completed a quick-fire double soon after, as Harry Souttar headed past the goalkeeper after getting on the end of Jack Clarke’s delivery from a corner kick.

Wycombe certainly kept at it with Mehmeti creating a great chance for Akinfenwa who just headed wide of the mark.

The goalscorer Norrington-Davies sought to double his account into injury time but hit a wayward shot from close range which meant the score ended two goals to the home side.

The Chairboys will now look towards QPR where they will meet in West London on Tuesday. 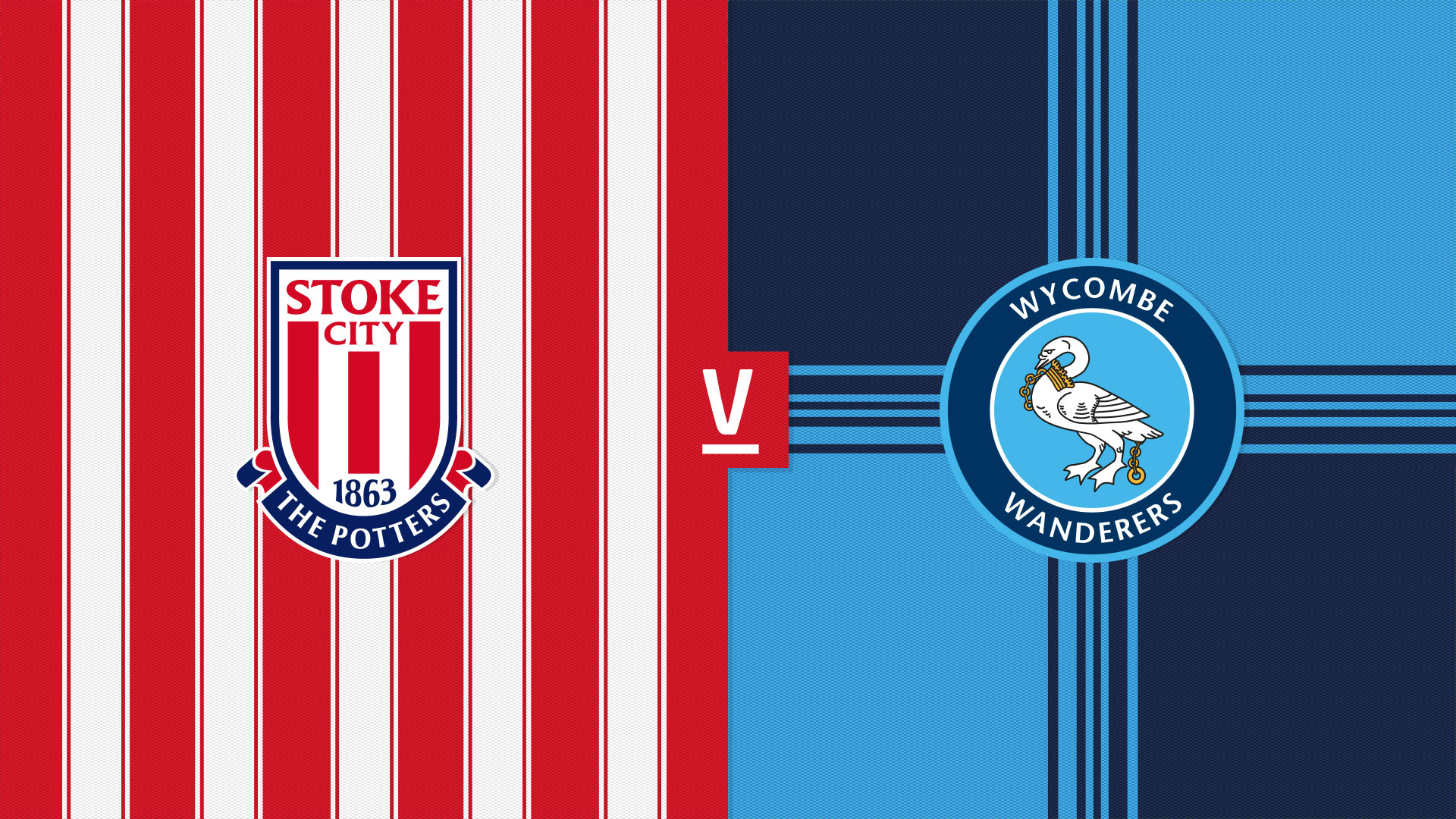 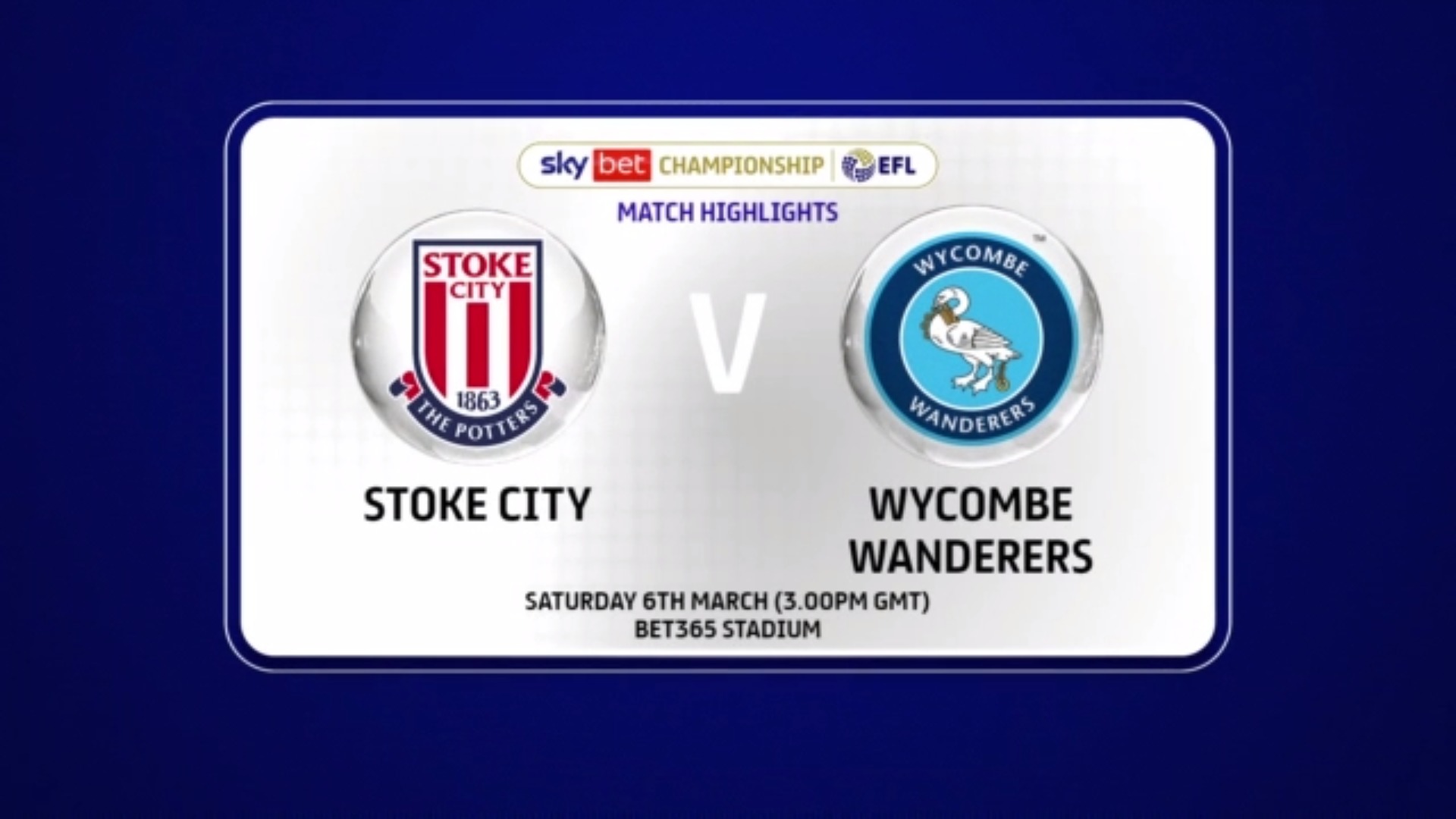 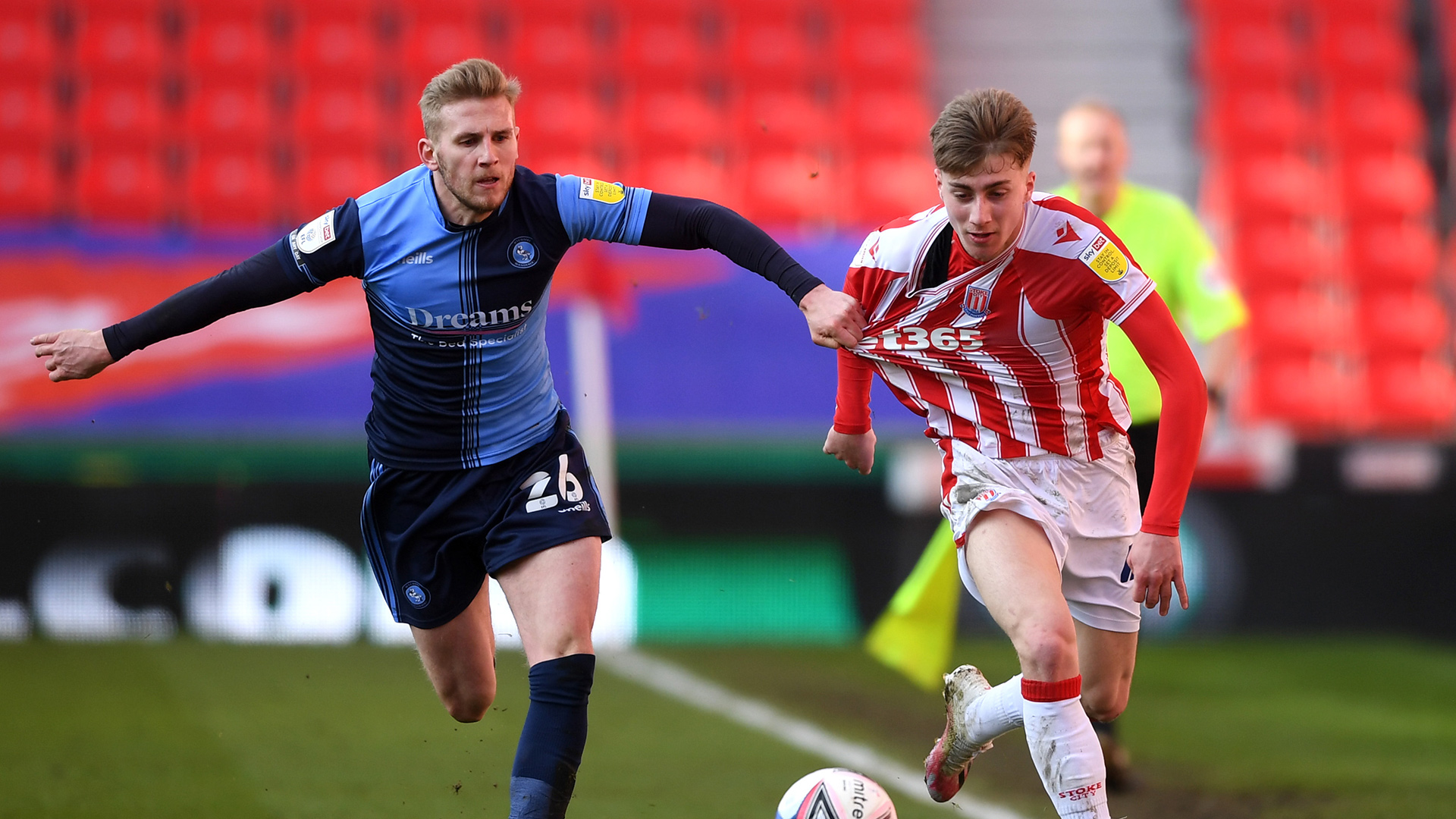