A sixth midweek fixture in successive weeks takes Wycombe to West London and a first visit to the Kiyan Prince Foundation Stadium (formerly Loftus Road) for the first time since 2003, in a rearranged game that was due to take place in January before a Covid-19 outbreak in the Wanderers squad prompted a postponement.

Gareth Ainsworth - returning to the ground where he enjoyed many happy memories as a player - remains defiant that the tide can turn for his team, who hoped to build on superb recent victories over Huddersfield and Reading but came up against former Premier League sides Norwich, Watford and Stoke in their last three outings, succumbing to defeat against each.

Anis Mehmeti was the man to rescue a point for the Blues when they met QPR in December; a game the men from Bucks arguably should have won, but came unstuck to a first-half own goal and contentious non-award of a penalty as they cranked up the pressure, and now the Chairboys have no room or time for hard luck stories as they embark on a sequence of five out of six matches against sides currently in the bottom half.

Last Time Out
Here are the highlights from the 1-1 draw between the sides at Adams Park:

Team News
There are no new injury or suspension concerns for the Blues, with Jordan Obita close to a return. Ryan Allsop is fit again.

QPR expect to welcome back Geoff Cameron after injury, but Jordy de Wijs could keep his place after an impressive debut in the weekend win at Bristol City.

Man in the Middle
Simon Hooper has shown 43 yellow cards and no reds in his 18 games so far this season. He's overseen nine Wanderers fixtures in his career, most recently a 2-1 loss at Oxford in March 2019, and also the League 2 play-off final in 2015.


Wycombe's Championship fixture at Queens Park Rangers has been rearranged for Tuesday 9th March, kicking off at 7pm.


Wycombe Wanderers’ next Sky Bet Championship fixture against Queens Park Rangers, due to take place tomorrow, has been suspended.

A tap in from Ilias Chair against the Chairboys was enough to edge the scrappy contest at the Kiyan Prince Foundation Stadium, as QPR took all three points in a 1-0 victory.

Although creating a number of second half chances, Gareth Ainsworth’s side couldn’t stage a comeback despite throwing in some top attacking power in the second half.

Wycombe travelled to the capital in search of their first win since Reading in February. The opening few minutes brought a cagey start in which neither team were able to retain enough possession to mount a serious attack. Alex Samuel, earning a rare start and his first appearance since scoring against Preston in the FA Cup, attempted an audacious flick from just outside the six-yard-box which fell comfortably into the arms of Seny Dieng in the Hoops goal.

Despite a scrappy start, both sides were soon able to settle into more of a rhythm. An intelligent interception by Jason McCarthy teed up Daryl Horgan to try his luck from range, before QPR created two decent chances for themselves and began to take greater control of the game. The first corner of the match was dealt with comfortably by David Stockdale as the Chairboys continued to weather a decent spell of QPR pressure.

Just as Wycombe began to push for their own spell of possession, the Hoops quickly put their foot back on the gas and drew the first save of the game. Stefan Johansen found a pocket of space on the edge of the box and sent a low, fizzing strike towards the bottom right-hand corner, but Stockdale was able to parry the shot away for another corner.

Shortly after, QPR were rewarded for their pressure. A moment of magic from Chris Willock saw him weave between two Chairboys defenders as he burst into the box from the right touchline. His subsequent effort cannoned off the near post and into the path of Ilias Chair who comfortably tapped in for his seventh goal of the season. A disappointing goal to concede meant plenty of work would be needed if the Chairboys were to fight their way back into the tie.

After the goal, possession flip-flopped between the two sides which perhaps suited the visitors as QPR’s fluidity was heavily disrupted. Anis Mehmeti, who has been so impressive in recent weeks, created an opening for himself with some dazzling footwork before drawing a fine save from Dieng. This proved to be the catalyst for a decent Wycombe spell that brought a flurry of half-chances, with Admiral Muskwe, Daryl Horgan and Ryan Tafazolli all drawing ‘oohs and ahs’ from the visiting Wycombe entourage. Although to no avail, there was evidence of a potential Chairboys fightback that would have to wait until the second half as the first 45 minutes came to an end.

Wycombe started the second half strongly and with a clear desire to turn around the deficit. The optimism was almost stifled when Chair cannoned an opportunistic strike from a tight angle off the outside of the post, but the Chairboys continued to take the game to the home side in search of an equalizer. Wycombe mounted a number of attacks, culminating in a brilliant piece of play from Mehmeti and a stinging effort that deflected wide. They then were anticipating a dangerous opportunity with Jacobson standing over the ensuing corner, but a poor delivery resulted in a swift QPR counterattack.

A half-hearted penalty appeal for a tackle on Muskwe was quickly dismissed by the referee in the 62nd minute as the game entered the latter stages. Despite switching to a back three in a defensive substitution, QPR immediately threatened down the other end of the pitch and struck the post for the second time in the game.

The contest was becoming more open and stretched. Wycombe’s more expansive style of play left space in dangerous areas but both sides continued to give the ball away cheaply and neither could muster a sustained period of pressure. Wycombe rolled the dice and introduced Adebayo Akinfenwa and Uche Ikpeazu as the game entered the closing stages, a strike force not many Championship defenders would want to face. The latter showed brilliant strength and skill to set up a Wycombe attack as the match entered 6 minutes of additional time, but the move eventually came to nothing.

With time running out, it was kitchen sink time as Wycombe began to throw everything they had at QPR. It was, however, too little too late.

We’re back at Adams Park this Saturday to take on Preston and will be looking to replicate our impressive showing against them in the FA Cup.


Wycombe's Championship fixture at Queens Park Rangers has been rearranged for Tuesday 9th March, kicking off at 7pm.


Wycombe Wanderers’ next Sky Bet Championship fixture against Queens Park Rangers, due to take place tomorrow, has been suspended. 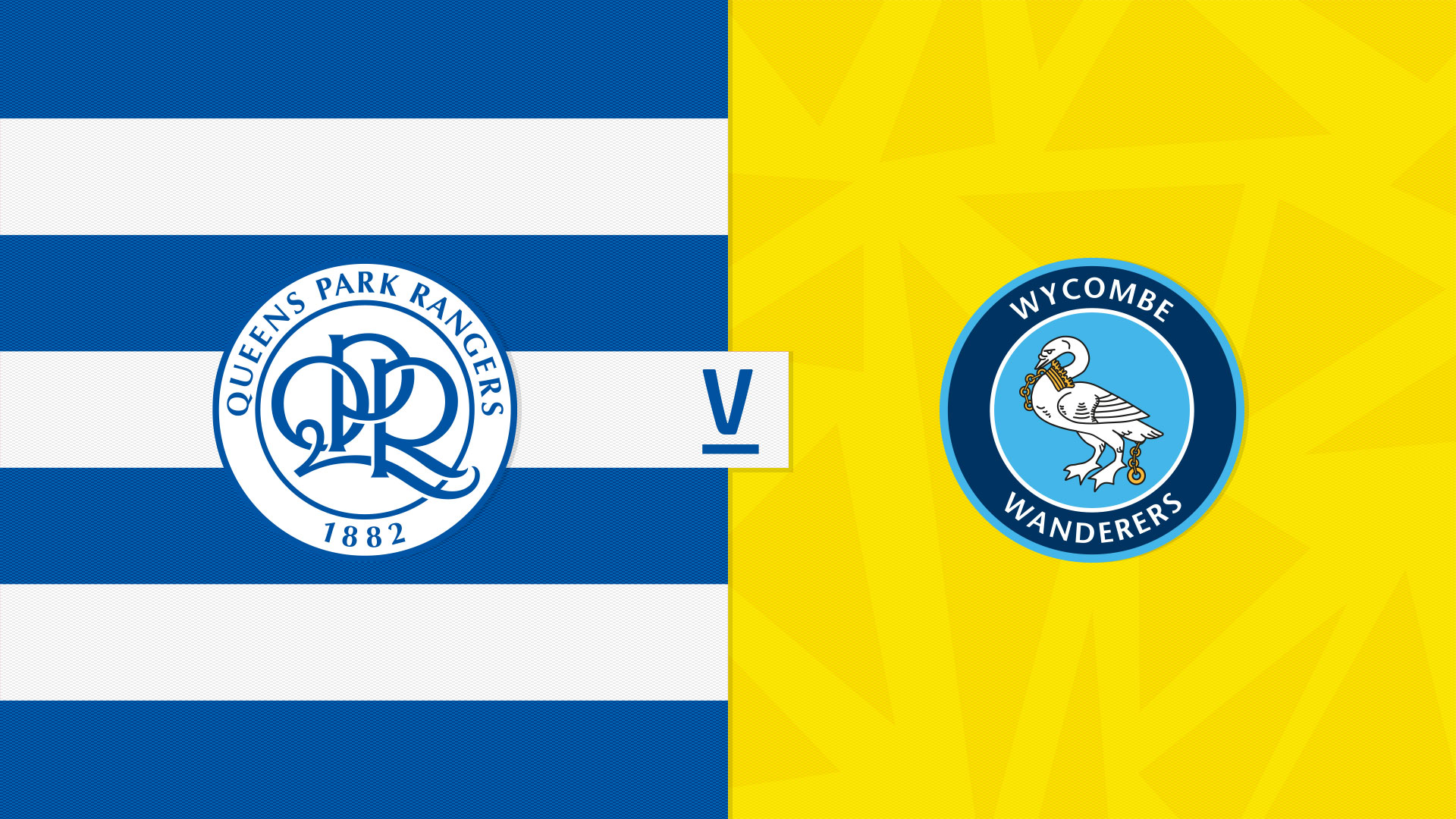 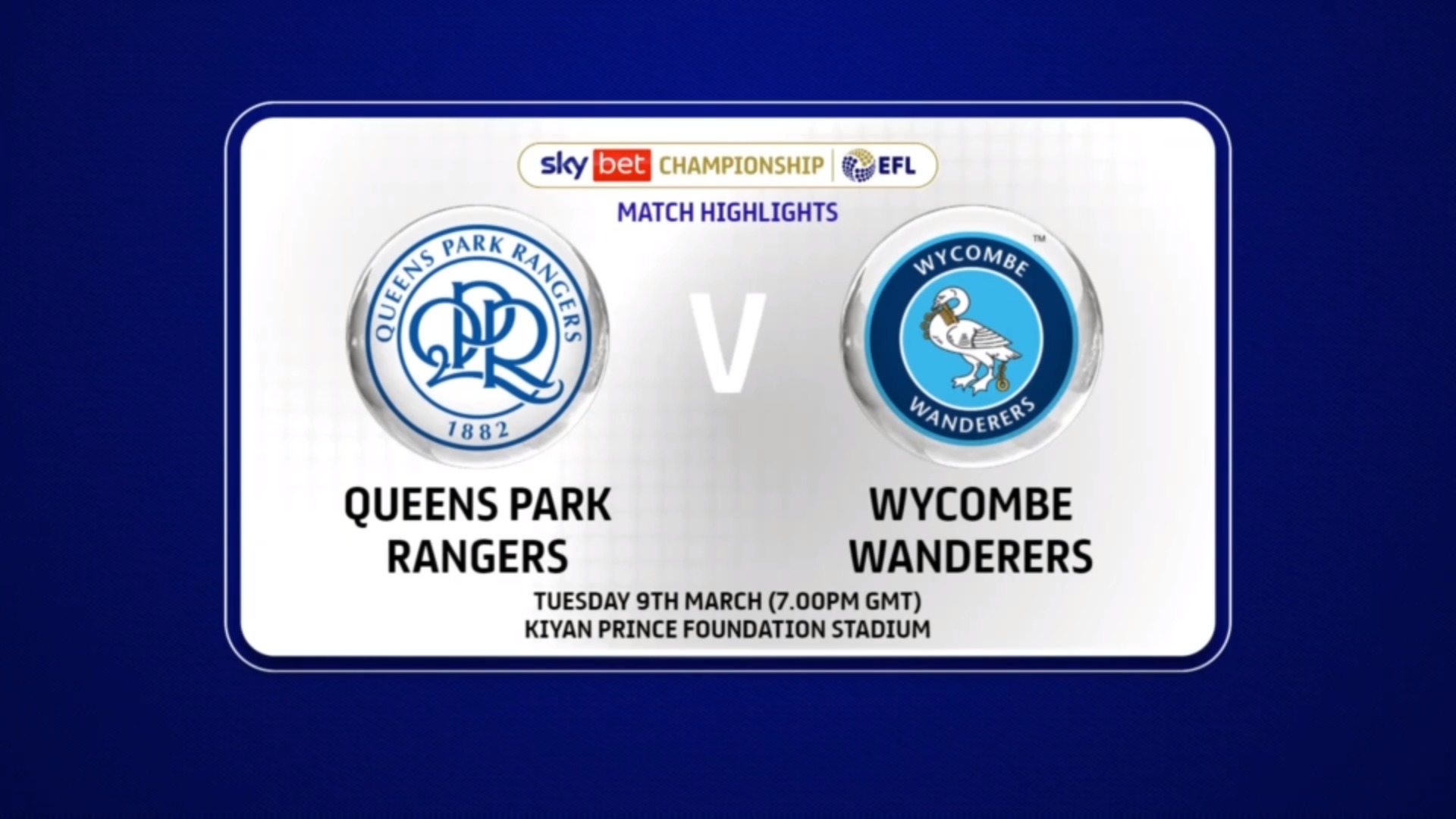 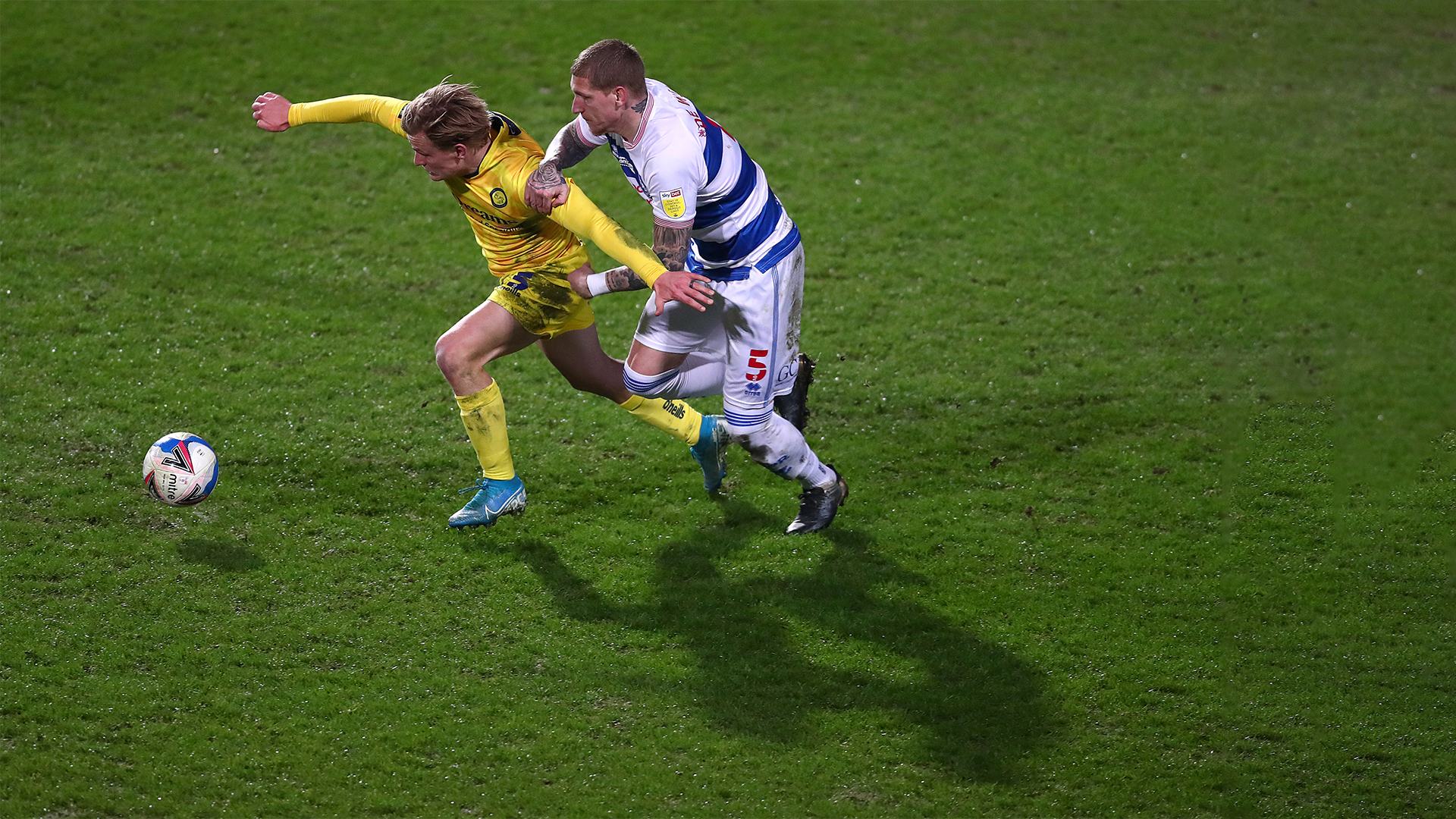