The second half of Wanderers' maiden Championship season gets underway at the scene of their first game of the 2020/21 campaign, with Gareth Ainsworth's men knowing they need to develop a consistent run of results in order to climb the table and stay in the division.

In the four-week gap since their last league outing, the Chairboys have been cut further adrift from safety by clubs around them collecting points, but Wanderers know their destiny remains in their own hands with plenty of opportunities to string together enough victories to secure second-tier status.

It's a second visit to Brentford's new Community Stadium, having been the first opponents for a competitive fixture in the League Cup clash in September, which was settled in the Bees' favour on penalties after a 1-1 draw.

The sides couldn't be separated in the league either, with Wycombe at full value for their point in a 0-0 draw, but the Bees have gone from strength to strength since then, racking up a 17-game unbeaten run to more than prove their promotion credentials, giving Wanderers a second stiff test in a week following their admirable showing against a star-studded Tottenham on Monday.

Last Time Out
Here are the highlights from Wanderers' 4-1 loss to Tottenham:

Team News
Joe Jacobson has undergone assessments on the knock that forced him off against Tottenham but boss Gareth Ainsworth hopes to have him and Ryan Tafazolli both fit and ready to feature in defence, while Anthony Stewart made his comeback from injury in a midweek win over the Bees' B team, and Jack Grimmer is in line for his 50th appearance for the club. Daryl Horgan and Dominic Gape were also both absent against Spurs but could be in contention.

Brentford are without Charlie Goode with a long-standing injury issue, while Christian Norgaard, Shandon Baptiste and Pontus Jansson have also been sidelined with knocks but could feature.

Kit
Wanderers will be in their mango change strip, with the goalkeeper in the mardi gras strip.

Man in the Middle
David Webb has shown 55 yellow cards and four reds in his 21 games so far this season, and officiates a Wanderers match for the first time since 2018 - a 0-0 draw against Oxford at Adams Park.

Wycombe put in a good showing of themselves in the first half as Uche Ikpeazu scored and Admiral Muskwe opened his account in a Chairboys shirt, but it wasn't enough to stop a quality Brentford side.

In a breath-taking first half, Brentford opened the scoring from an inviting corner as Ethan Pinnock poked the ball past Ryan Allsop. Wycombe responded quickly through Uche Ikpeazu who produced an outstanding move to score with a classy finish from outside the box.

The home side eventually managed to retake the lead courtesy of Tariqe Fosu. Almost immediately, Wycombe hit back and found an equaliser just before the break as Admiral Muskwe got his first goal in Chairboys' colours with a smart header.

However, the second half was dominated by Brentford as Fosu got his second of the game to put his side ahead. The Bees were quick to capitalise on the pressure and won a penalty which Ivan Toney rolled into the bottom corner. Sergi Canós, Josh Dasilva and Toney's second goal concluded the game.

Gareth Ainsworth's team news revealed two changes from the side that faced Tottenham Hotspur in the FA Cup a few days prior. Darius Charles captained the side, whilst Jack Grimmer made his 50th appearance for The Blues. Alex Pattison was originally in the first eleven but was injured in the warm-up and was replaced by Dennis Adeniran.

In the third meeting between the sides this season, it was Ryan Allsop who was called into action first to make a fine stop to keep out Jack Grimmer's unintentional clearance. The save fell to Saman Ghoddos for Brentford who headed over from close range.

Brentford marksman Ivan Toney was involved for the first time and forced Allsop to turn a shot behind the post for a Brentford corner. The corner was delivered by Mathias Jensen and Ethan Pinnock was able to poke it home to give The Bees an early lead. It was Pinnock's second goal against The Chairboys this season.

Wycombe responded almost instantly. Following some good pressing, Uche Ikpeazu conjured up a magical moment drifting past multiple Brentford players and hit a strike from the edge of the box that nestled into the bottom right corner. With just 15 minutes gone, the game was lively to say the least.

The Chairboys' number nine was involved almost immediately once more, linking up spectacularly with Adeniran who went down in the box and inadvertently picked out Ikpeazu. The forward was able to hit a strike at David Raya, but the keeper was able to palm the ball onto the post and clear the danger.

With Wycombe trying to hold their momentum they won a free-kick on the halfway line. Allsop's delivery was fantastic as Ikpeazu's presence allowed David Wheeler to find space to get a header away at goal, which forced David Raya into a great stop.

The home side did eventually manage to get the goal to put them in-front after Allsop made a fantastic save to keep out Ivan Toney's volley towards the goal, but Tariqe Fosu was able to bundle the ball over the line.

The last action of an end-to-end first half was instigated by Wycombe as they equalised instantaneously as McCarthy delivered a free-kick to the far post which was headed back across goal smartly by Darius Charles.

Admiral Muskwe timed his run perfectly and was there to head the ball home and to get his first goal for Wycombe. The sides went into the break level at two goals apiece.

The second half started in the same manner as the first, as Fosu bagged his second of the game as Wycombe failed to clear following another brilliant save from Allsop. The Brentford winger was able to get a strike away and Allsop was rooted to the spot.

The Bees maintained their pressure and won a penalty as Fred Onyedinma and Canós contested the ball. Ivan Toney stood up to take it and rolled the ball into the corner to put the home side two goals up.

Wycombe came close to reducing the deficit soon after, as Muskwe volleyed the ball over the crossbar following another smart set-piece from The Blues.

The ever-reliable Josh Knight intelligently blocked a shot from Fosu, as the Brentford man went looking for his hat-trick.

Brentford scored once more as Dasilva burst down the wing and played a ball back to Canós who was arrived late to pick out the top corner. Toney got his second of the game as he rounded Allsop and scored into an empty net and Dasilva got his name on the scoresheet to wrap up the game, sliding the ball past Allsop.

Wycombe will take positives from their first-half performance and will look towards Birmingham on Tuesday evening at Adams Park. 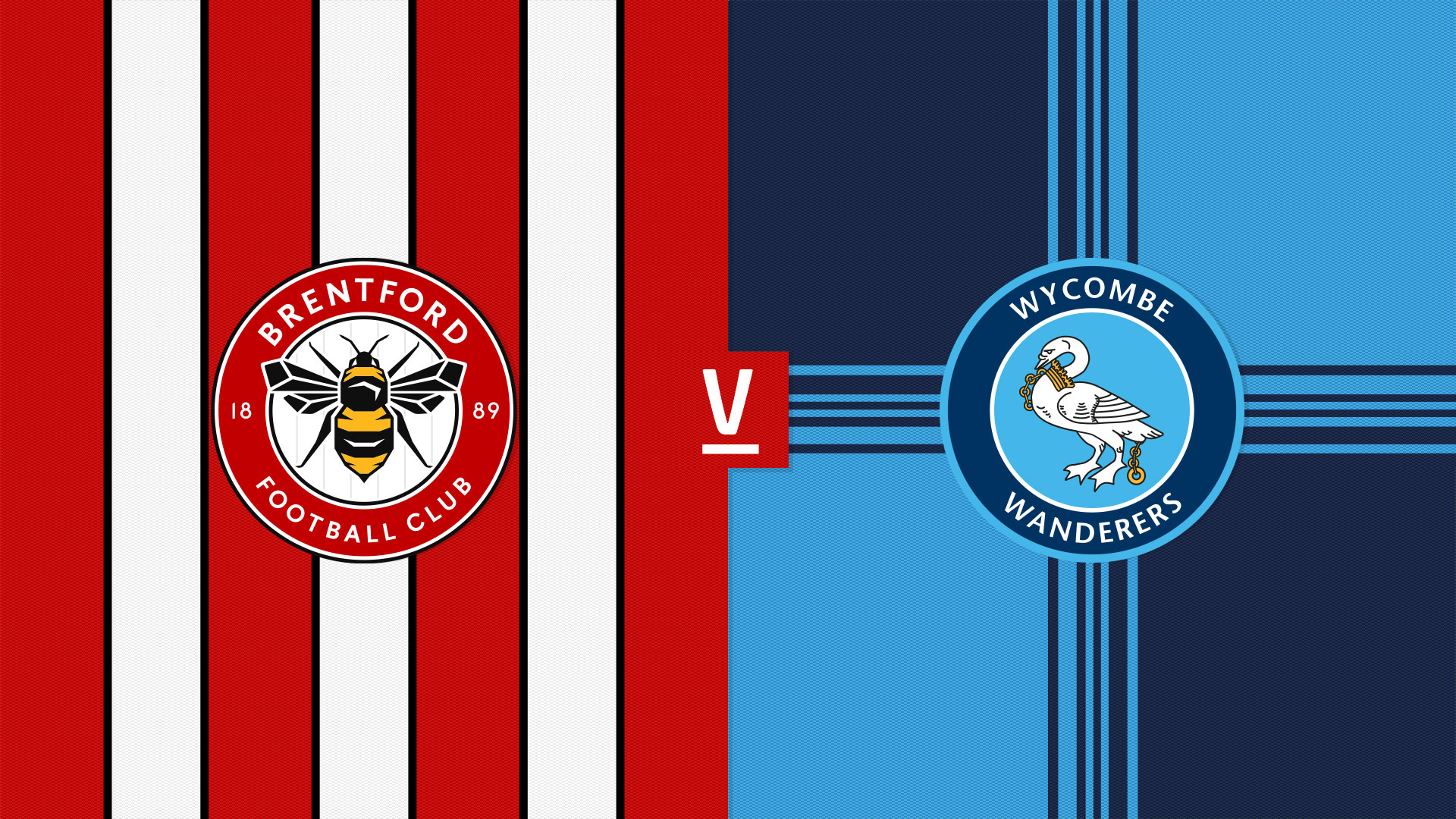 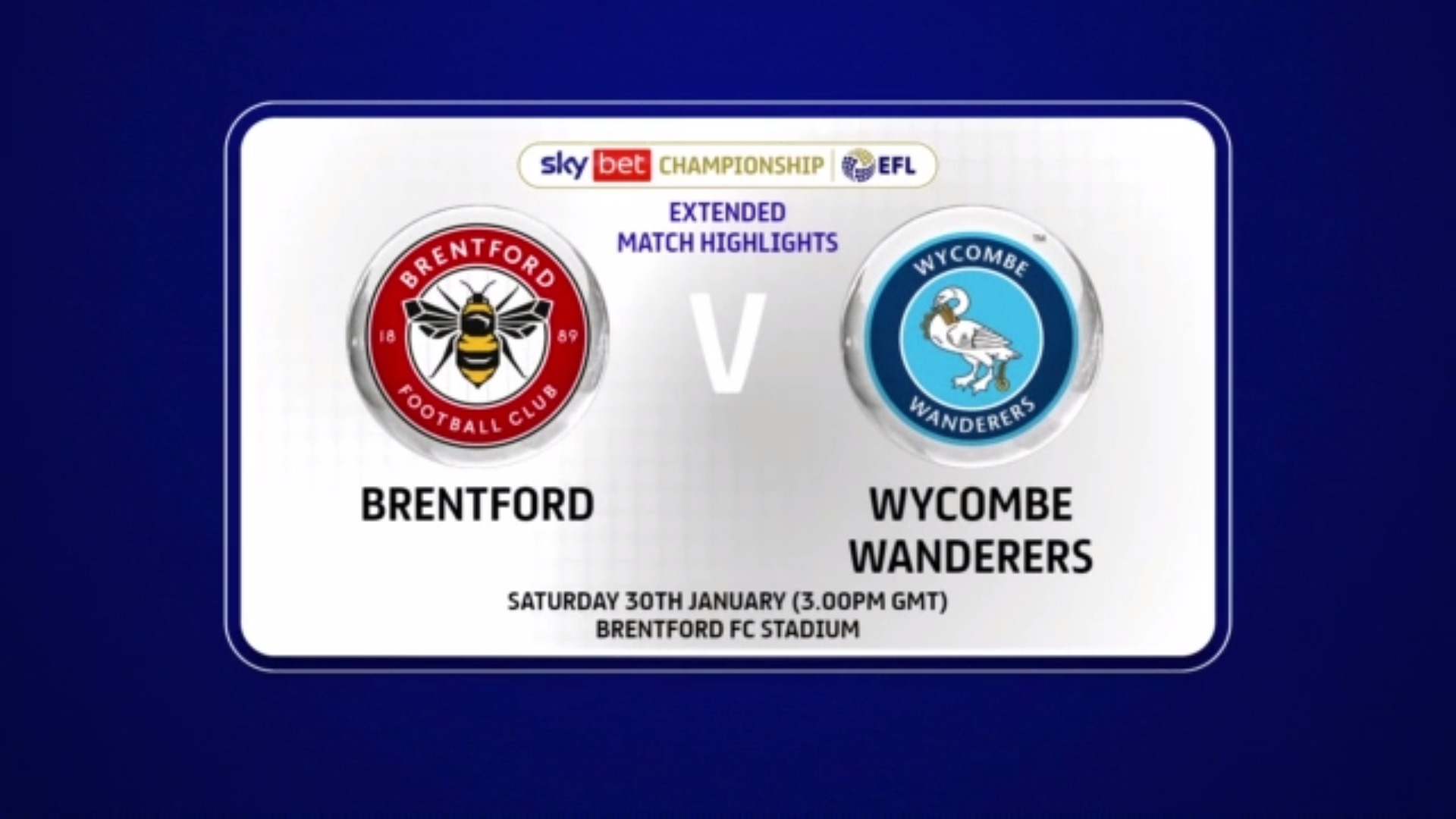 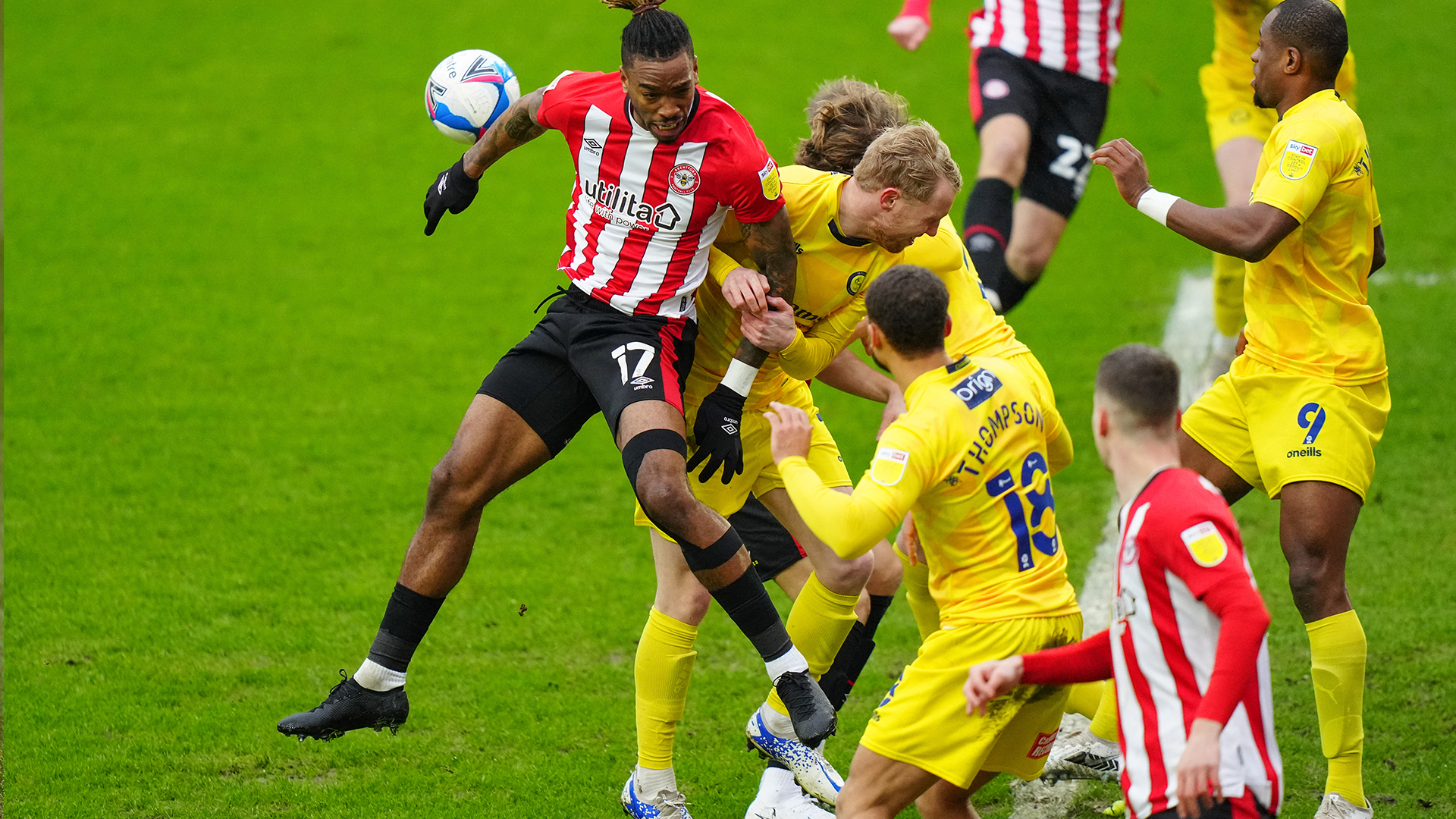