Reading are first up in a double-header of visits of promotion-chasing sides to Adams Park this week, with Wycombe looking to avenge a harsh defeat at the Madejski Stadium earlier this season and the frustrating last-gasp defeat to Derby last time out on home turf.

Recent performances have breathed new life and optimism into the Chairboys' survival charge and they now need the fine margins to fall in their favour, having missed key chances to snatch a point at least when they lost 1-0 to the Royals in October.

A second clean sheet in five outings at the weekend saw them return from Millwall with a point, and now the aim is to collect all three points this evening against a Reading side who've lost three of their last four games, but boast one of the best away records in the division.

Uche Ikpeazu, Garath McCleary and Jordan Obita are all in line to face their former clubs, with former Wycombe youth-teamer Josh Laurent likely to start for the Royals.

Last Time Out
Here are the highlights from the 1-0 loss at the Madejski Stadium in October.


Team News
David Stockdale could keep his place between the sticks after keeping a clean sheet on Saturday due to Ryan Allsop's absence through injury, while Joe Jacobson, Curtis Thompson and Adebayo Akinfenwa are all edging closer to a return and could be considered.

Reading are without the injured trip John Swift, Yakou Meite and Felipe Araruna, but Liam Moore and George Puscas both returned from knocks at the weekend and are expected to feature.

Man in the Middle
Dean Whitestone has shown 40 yellow cards and two reds in his 22 games so far this season; he referees a Wycombe game for the first time since December 2018 - a 2-2 draw at Gillingham. The experienced official first took charge of a Wanderers fixture in February 2006, and his overall record in 18 fixtures reads: 29 yellows shown, one red, and two penalties awarded.

It was a tale of two missed penalties and a solitary Fred Onyedinma goal as Wycombe snuck past fifth place Reading to claim all three points at Adams Park.

A sharp start from the Chairboys set the pace of a well-contested match that would see both sides have real opportunities in front of goal but unable to take many. David Stockdale continued his strong return from Stevenage with a number of vital saves, whilst a red card for Ryan Tafazolli pushed the Wycombe back line to their limits in the final 20 minutes.

The Chairboys had a bright opening ten minutes, pressing Reading back into their own half and moving the ball quickly and with purpose. Anis Mehmeti looked particularly convincing on the ball, doing well to slot a few balls down the wide channels.

The Wycombe pressure saw Reading give away a foul against Fred Onyedinma a short way from the 18-yard-box in the 8th minute, which Jordan Obita curled in front of an onrushing Chairboys front line. No blue shirt could make any real contact, and the subsequent corner came to nothing.

Chairboys continued to press the Royals back line, and were getting in some good positions to test Rafael Cabral in the Reading goal. Onyedinma, given some time and space on the edge of the box, tried his luck from range, sending a tantalising shot just left of the post. Obita and Mehmeti also looked strong in the build up, slicing through the Royals with some neat one-touch football.

Minutes later Garath McCleary showed great skill to get past his player and deliver a searching ball towards the far side of the box. Uche Ikpeazu rose high to meet it with his head, but was unable to get enough power on the ball to cause any real issue.

Reading seemed to wake up as the 20 minute mark approached, and David Stockdale was called into action as Andy Rinomhota got through one-on-one and released a stinging shot. A fantastic save kept the scoreline at 0-0.

The Royals kept up the pressure, winning a free-kick on the right hand side which came to nothing, shortly followed by a goalmouth scramble which saw Ovie Ejaria ultimately strike wide.

Not to take anything lying down, the Chairboys pushed on, searching for the all-important opening goal. Uche, who was being put under heavy pressure and man-marked by what seemed like the majority of the Reading back line, won a free kick within shooting distance just before the half an hour mark, which Jordan Obita was only able to send comfortably into the keeper’s hands.

The last 15 minutes of the first half saw both teams get increasingly feisty and frustrated. The Royals were able to get a few shots away, with Stockdale making yet another top drawer save to deny Ovie Ejaria.

Wycombe were strong on and off the ball, with the referee deeming Josh Knight and Garath McCleary to be giving a little too much as they both received yellows. All in all however, a strong end to a strong half.

The second half kicked off and Reading were quick to nab themselves a chance. Andy Rinomhota found himself in space on the edge of the box, and if it weren’t for a perfectly timed Knight block, Stockdale would have found himself with a lot to do to keep things level.

It was, however, Wycombe that took the lead less than five minutes into the second half. A ball delivered into the box saw Anthony Stewart head towards Cabral, but Onyedinma was on hand to do just enough to dink it past the keeper’s outstretched hands. Wycombe 1-0 Reading.

Reading were looking menacing on the counter, but both Jack Grimmer and Stewart did well on numerous occasions to prevent Lucas Joao from getting through on goal. An off-target Josh Laurent shot was also a let off for the Chairboys who were holding on.

It was only going to get harder for Wycombe as Tafazolli was shown a red in the 68th minute for a last man challenge on Rinomhota. It was the Championship’s current third highest goal scorer,  Lucas Joao, who stepped up to the spot against Stockdale. There were audible sighs of relief from Wycombe as the penalty flew off the crossbar and behind for a goal kick. The Chairboys still had the lead, but they were now down to ten men and under the cosh from a strong Reading side.

The player deficit was telling, and Wycombe did well to keep Reading from having too many real goal scoring opportunities; David Wheeler clearing off the line before some changes saw the game slow up. Mehmeti made way for Curtis Thompson as the Chairboys looked to tighten up at the back.

It was a huge final ten for the Chairboys. McCleary and Onyedinma then made way for fresh legs in the form of Jason McCarthy and Dominic Gape. It looked like Wycombe might even double their lead, as Uche was mown down in the box and was awarded a penalty. He stepped up to take as well, but Cabral did enough to keep out the shot, and keep Reading in the game.

Wycombe did well to slow the Royals down as the clock ticked down. Despite a number of Reading corners, the Chairboys were able to clear the ball effectively, and Uche was on hand to chase non-stop until he made way for Admiral Muskwe in the 91st minute.

Ultimately, the fight and spirit of the ten Wycombe men was enough to see the game out and take all three vital points. 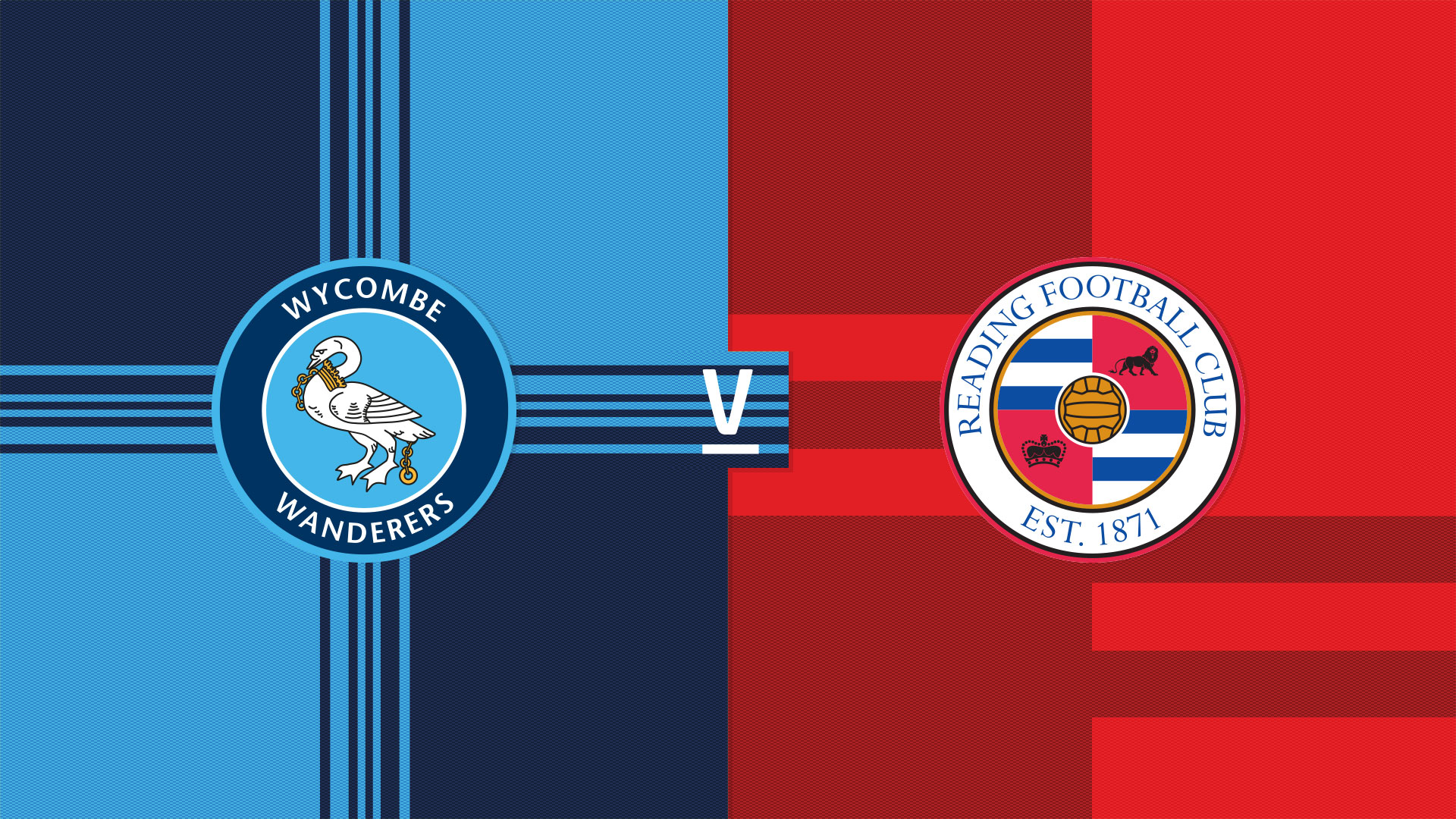 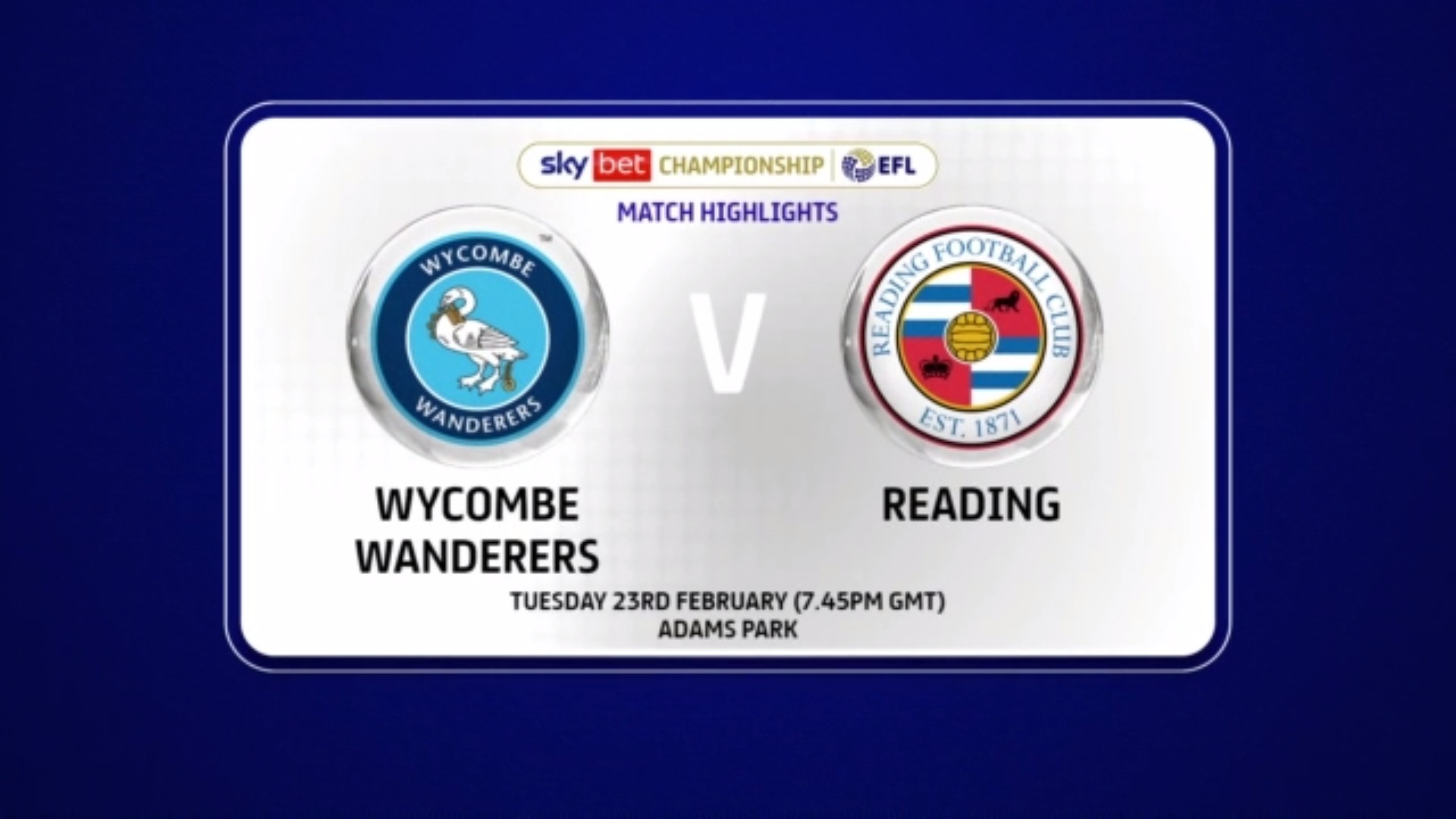 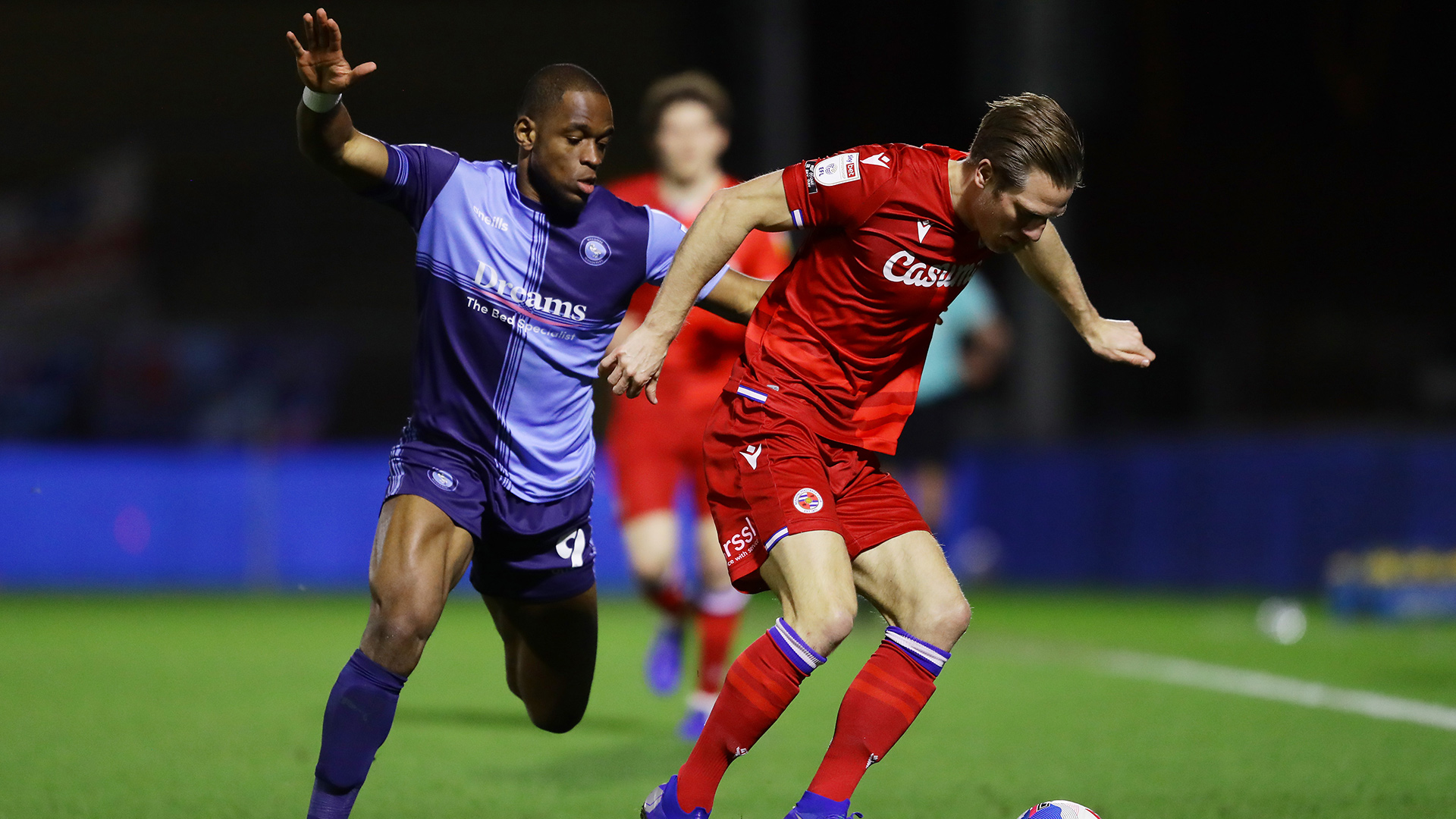