It's top vs bottom in the Championship under the gaze of the Sky Sports cameras, but Wanderers will keen - and confident - at the challenge of bridging the gulf between the clubs after seeing off another promotion candidate in midweek.

The 1-0 win over Reading was arguably the most assured and complete performance of the season from Gareth Ainsworth's men, who were excellent in all departments and enhanced the growing optimism that this club can survive and thrive at this level.

The reverse fixture against the Canaries resulted in the Chairboys' seventh consecutive defeat at the start of the season, but there was a deeper story beneath the result that day, with the visitors performing magnificently and succumbing to a last-minute free-kick after seeing some contentious refereeing decisions go against them.

They may need a combination of ability, resilience and fortune to help them topple Daniel Farke's league leaders, who have won their last four and only lost once in the league since Boxing Day, but Wycombe have defied the odds countless times down the years and will believe they can do it once again on Sunday.

Last Time Out
Here are the highlights from the 1-0 win over Reading.

Norwich's last game saw them run out victorious over Birmingham.

Team News
Joe Jacobson, Adebayo Akinfenwa and Ryan Allsop are all close to full fitness and could be considered, although Gareth Ainsworth may be tempted to stick with the majority of the same side that defeated Reading, which would see Anis Mehmeti start against his former club, but Ryan Tafazolli is suspended.

Norwich will be missing influential midfielder Todd Cantwell, and Onel Hernandez could also miss out, joining Josh Martin, Sam Byram and Michael McGovern in the treatment room. Ben Gibson is expected to return after injury.

Man in the Middle
Robert Jones has shown 26 yellow cards and one red in his 13 games so far this season; he referees a Wycombe game for the first time since July when he oversaw Wanderers' 2-1 win over Oxford in the League 1 play-off final.

Chairboys Live
Join Dan Simpson as he grills talkSPORT reporter Ian Abrahams (the Moose) about THAT interview with David Stockdale, while you can see footage from Gareth Ainsworth's press conference, the virtual mascot interview, team news and more from 11.15am across the club's Twitter, Facebook and YouTube channels.

Norwich scored a second-half double as Wycombe put in a good showing of themselves at Adams Park.

During the opening half, Wycombe were assured in their defending finding chances on the break. Former Norwich player, Anis Mehmeti, struck a half-volley just wide of the post, in the Chairboys’ best chance, whilst Emi Buendia hit the bar for the Canaries.

Norwich finally broke the deadlock following the restart, as Teemu Pukki’s deflected effort managed to get past David Stockdale in goal after Emi Buendia cut back from the by-line to pick out the Finnish international. In response, Wycombe manager Gareth Ainsworth made five changes at once in an attempt to improve his side's fortunes.

It certainly worked as Wycombe grew into the game with chances falling to Anthony Stewart and substitutes Scott Kashket and Daryl Horgan. However, with Wycombe in the ascendancy, Norwich went down the other end and managed to double their lead through substitute Adam Idah.

Ainsworth’s team news before the game revealed an enforced change due to Ryan Tafazolli’s suspension midweek, which meant that Dominic Gape started in midfield with Josh Knight moving back into the centre of defence.

The first ten minutes were composed as the team’s battled for possession. Norwich’s shape included a high-line which Wycombe would look to exploit on the counterattack. Tim Krul, the Norwich goalkeeper, was regularly near the halfway line.

Mario Vrančić had the first chance of the game from a free-kick. The Norwich midfielder had scored from the same position in the reverse fixture, but on this occasion, David Stockdale was able to produce a world-class stop to prevent the away side from breaking the deadlock, diving high to his left-hand side.

Wycombe were defensively astute throughout the opening stages with little goalmouth action. The Canaries tried their best to break down the Chairboys, using Pukki and Buendia as outlets.

Wanderers’ first clear-cut chance of the game fell to former Norwich City academy player, Anis Mehmeti, who anticipated play well to get onto the ball into the box. The attacker managed to get in behind the Norwich defence and half-volleyed a shot just wide.

Norwich kept chipping away at Wycombe’s backline and eventually, a chance fell to Kenny McLean, but with a first-time strike, he put his shot wide of the post.

A few moments later, Buendia hit the bar with a looping header that nearly caught out Stockdale. Pukki could only hit the rebound into the terrace behind.

Both sides got back underway after the break to much of the same as Norwich tried to break Wycombe down. Onel Hernandez had the first chance of the second half, heading wide from close range.

After a period of pressure, Norwich’s Buendia managed to beat his man to cross back from the by-line where Pukki was waiting to tap home for the away side. The strikers’ effort appeared to take a slight deflection off Josh Knight, but Norwich went a goal up.

The away side seemed to click into gear following the goal, creating numerous opportunities with the best falling to the provider of the goal, Buendia. The winger blasted a golden chance over the bar from close range.

Ainsworth made five changes with under half an hour to go introducing Joe Jacobson, Nnamdi Ofoborh, Daryl Horgan, Curtis Thompson and Scott Kashket, who scored against Norwich in the reverse fixture. Thompson was making his 100th appearance in a Wycombe shirt.

Kashket was involved soon after his change as Stockdale picked him out in a dangerous position with a pinpoint drop-kick and the attacker tried to lob Krul, but his strike was too high.

Stockdale played provider once more, coming out to the halfway line to pick out Anthony Stewart who was found in-behind the away sides’ defence. However, a poor touch meant that the Norwich keeper was able to claim the ball.

With ten minutes to go, Wycombe ramped up the pressure as Daryl Horgan managed to get a shot away at the goal. Krul parried his strike but was able to stop Ikpeazu from jumping on the rebound.

Wycombe looked to be edging closer and closer to finding the breakthrough, but with one set-piece the away side was able to double their advantage through Adam Idah. Kenny McLean managed to flick the corner on at the near post which Stockdale parried but, Idah was there to tap it in and wrap up the game.

The Chairboys will look to towards their next game against Watford at Vicarage Road on Wednesday. 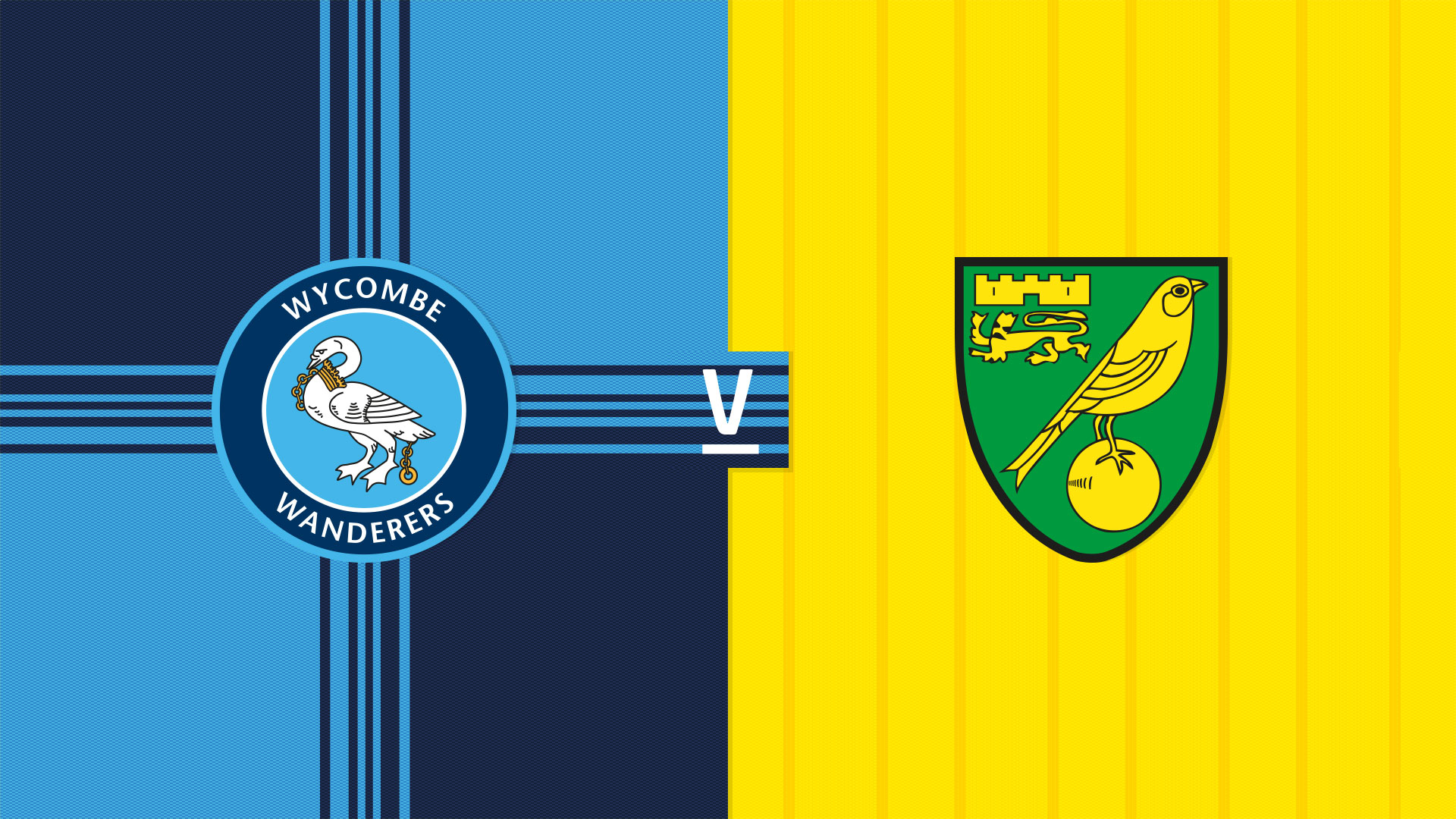 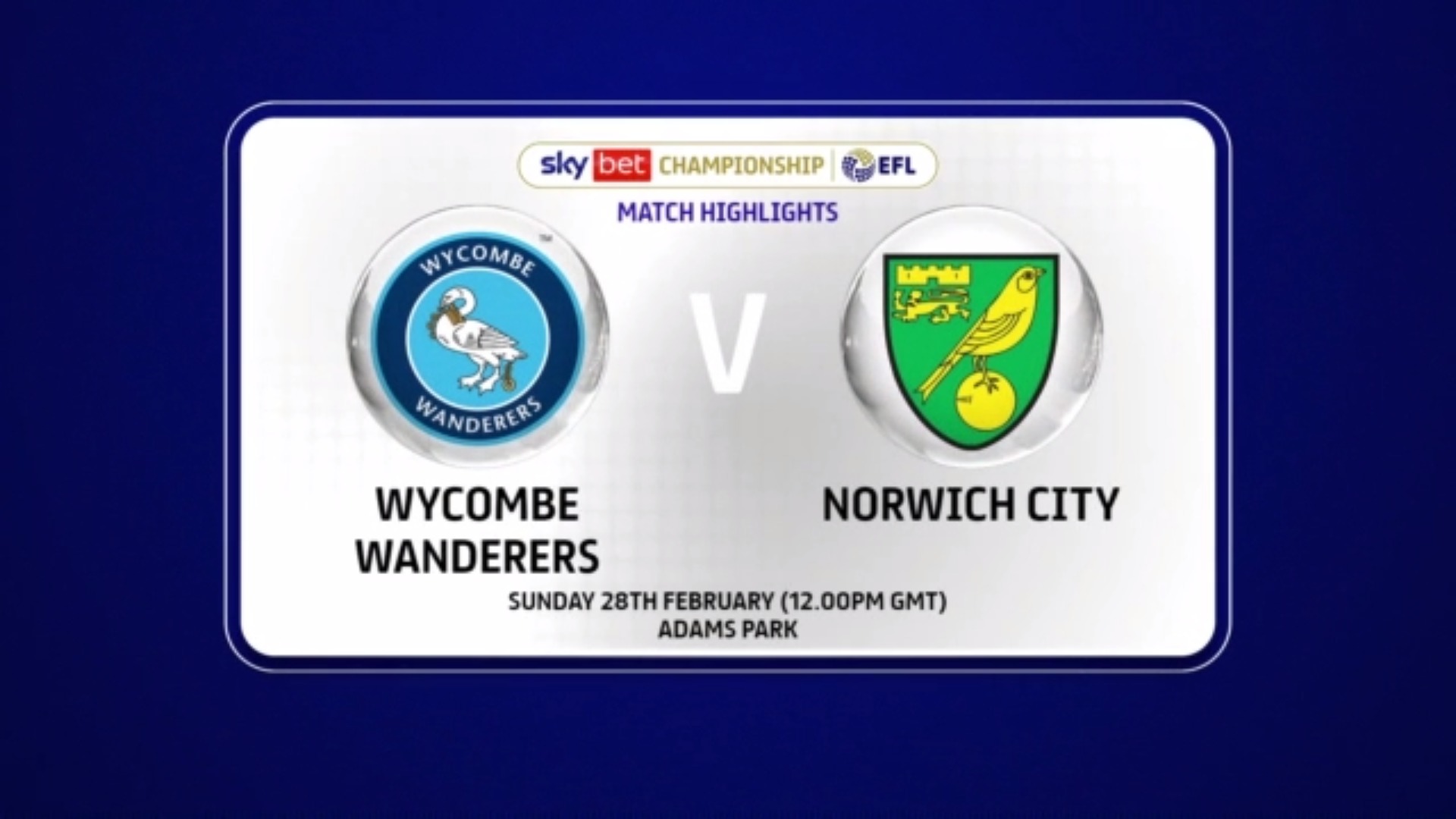 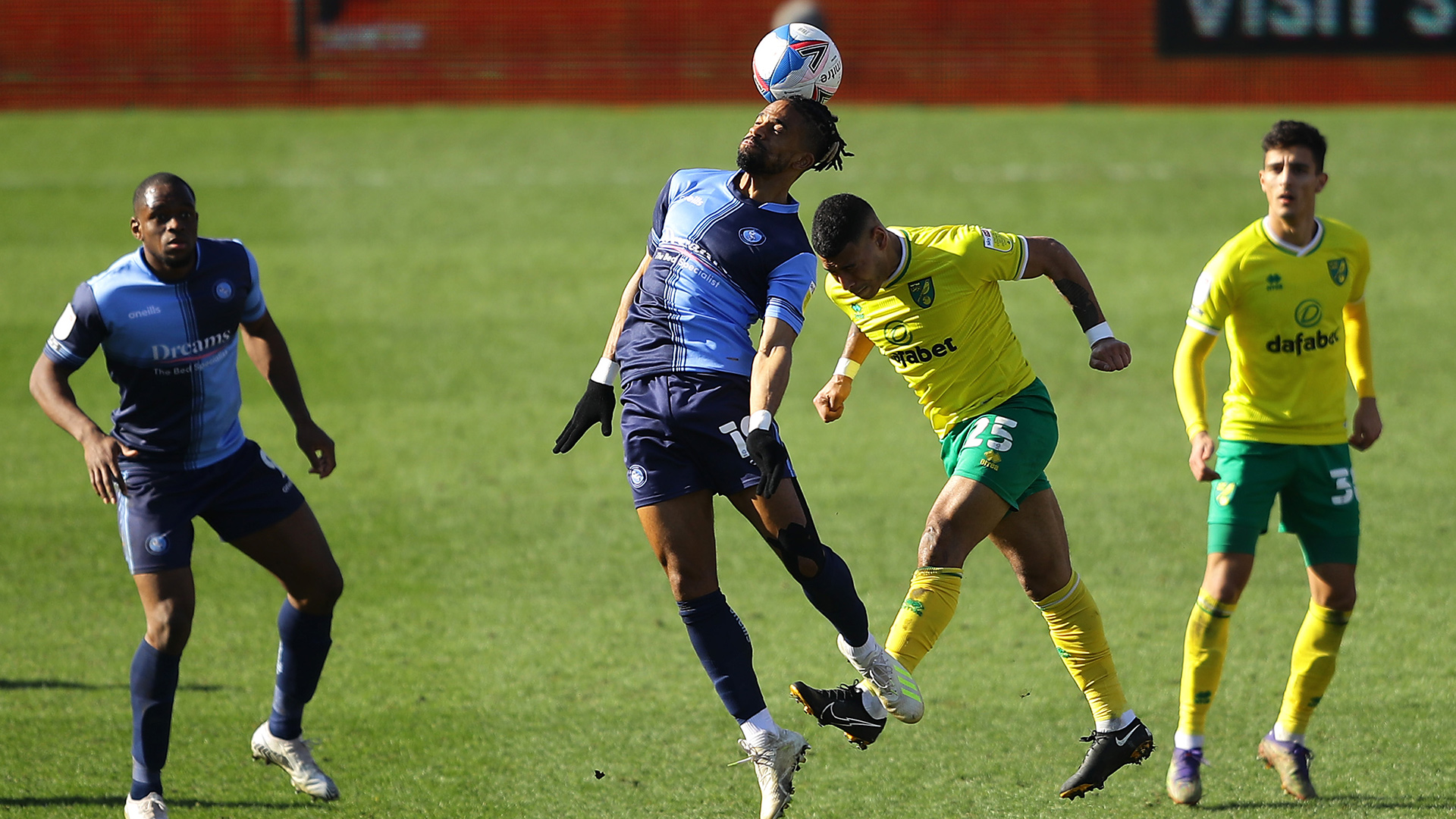