Wycombe return to Yorkshire for the second time this week, determined to right the wrongs of Tuesday's defeat to Sheffield Wednesday and get back to winning ways against a Huddersfield side winless in seven games in all competitions.

The goalless draw between these sides at Adams Park in November came during Wanderers' best period of the season so far, and they'll need to reach and surpass that standard of performance in the coming weeks, starting on Saturday.

The Chairboys were the first ever opponents at the stadium when it opened in 1994, and spoiled the party with a 1-0 victory, but the Terriers have held the upper hand since then, winning three and drawing one of the subsequent meetings of the sides in Yorkshire, including one 6-0 thrashing live on Sky Sports.

Huddersfield went from winning five in a row at home to losing the next three, but the 1-1 draw with Stoke stopped the rot and they now sit in 17th place, five points above the drop zone.

WATCH: It's live on iFollow

Last Time Out
Here are the highlights from the 0-0 draw between the sides at Adams Park:

Team News
With Dominic Gape back in full training and Joe Jacobson returning to the bench in midweek, there is a clean bill of health at Adams Park with no new injury concerns.

Man in the Middle
Keith Stroud has shown 52 yellow cards and two reds in his 22 games so far this season, which included Wanderers' 1-0 win over Sheffield Wednesday and 2-1 loss at Bristol City.

Chairboys Live
Regrettably there'll be no Chairboys Live this weekend due to the unavailability of presenters, but an episode will be aired ahead of Tuesday's match against Derby.

Wycombe recorded a spectacular comeback victory at the John Smith's Stadium after trailing 2-0 against Huddersfield Town.

Goals from Juninho Bacuna and Isaac Mbenza put the hosts in the driving seat but Anis Mehmeti pulled one back before the interval, and Joe Jacobson's penalty levelled matters before Josh Knight drilled home a late winner to complete the turnaround.

Huddersfield enjoyed much of the early possession at the John Smith’s Stadium, with Duane Holmes and Fraizer Campbell looking dangerous for the home side. Wycombe’s long balls seemed to be their best asset in the opening 10 minutes, as Uche Ikpeazu managed a few flicks towards the Huddersfield box, but unfortunately, the final ball was often lacking.

It didn’t take too long for the Terriers to make the most of their early possession. Campbell, who’d been looking dangerous early on, received a well-timed through ball and was able to deliver across the box to the onrushing Juninho Bacuna, who slotted home at close range past Allsop. Huddersfield 1-0 Wycombe.

Wycombe continued to press and nearly had joy on a few occasions; The Chairboys benefitting from the return of Joe Jacobson, who’s left footed cross-field balls were causing some issues for the Huddersfield defence. Daryl Horgan also looked very sharp - running his man ragged down the left-hand side and delivering a number of dangerous crosses into the box.

The Chairboys piled on the pressure during a period of strength at the half an hour mark. A fantastic chance saw Uche’s shot cleared off the line after Mehmeti outpaced his man down the right-hand side and delivered a great cross into the box.

Unfortunately, the pressure Wycombe were putting on in the final third appeared to leave them slightly vulnerable at the back and Huddersfield took the opportunity to capitalise on that. A counterattack saw the ball reach Isaac Mbenza on the left-hand side and the Belgian made no mistake in burying an effort low and hard into the bottom corner in the 41st minute. Huddersfield 2-0 Wycombe.

Wycombe, who had been building up some great momentum before the Huddersfield goal, continued to push on well into injury time, and it paid off! Anis Mehmeti with some great footwork in a tight 18-yard-box saw him able to get a well-placed shot off and reduce the deficit to one. Huddersfield 2-1 Wycombe at the end of the first half.

Wycombe kicked off the second half with fantastic intensity. The Huddersfield possession from the first half seemed to have been flipped on its head, as the home struggled to get any traction on the ball.

Uche Ikpeazu was working incredibly hard in the final third to keep the Huddersfield defence under constant pressure. Indeed, the pressure was starting to frustrate the back line, who were moaning to the referee and whoever would listen.

In the 62nd minute, Uche did fantastically well to win a penalty driving in from the left-hand side. Captain Joe Jacobson stepped up and completed a fantastic return to the starting-eleven by coolly slotting the penalty home. Huddersfield 2-2 Wycombe.

There was no slow-up from Wycombe as they continued to pile on the pressure in the Huddersfield half. Garath McCleary went agonisingly close in the 69th minute, as he slipped past his man and sent an effort narrowly over the crossbar.

The addition of Jordan Obita in the 73rd minute did nothing but boost the Chairboys, as he delivered a number of top-drawer balls forward to Horgan and Uche. Uche and Horgan continued to link up well as the clock ticked on, with the latter unable to get a couple of efforts on target.

Wycombe were enjoying the lion's share of the chances in the second half. Obita’s perfectly delivered free-kick in the 83rd minute was headed back across goal by Tafazolli and nudged into Schofield’s arms by a Huddersfield shirt. So close!

Minutes later, Obita stepped up for another free kick. Again, he delivered a searching ball into the box. Tafazolli sent the ball back across the box for an onrushing Josh Knight to bring down and make no mistake in putting Wycombe ahead. Huddersfield 2-3 Wycombe.

A clearly frustrated Huddersfield threw everything and the kitchen sink at Wycombe in the closing minutes of the game, but the Chairboys stood firm. Five minutes of extra time ticked on agonisingly slowly, and we in the Wycombe camp held our breath as Huddersfield called for a hand-ball penalty following a free-kick delivery into the box, only to have appeals waved away by the referee.

In the end though, it was Wycombe who took all three points, in one of their most spirited performances of the season; The Chairboys completing the turnaround from 2-0 down against a tough Huddersfield side. 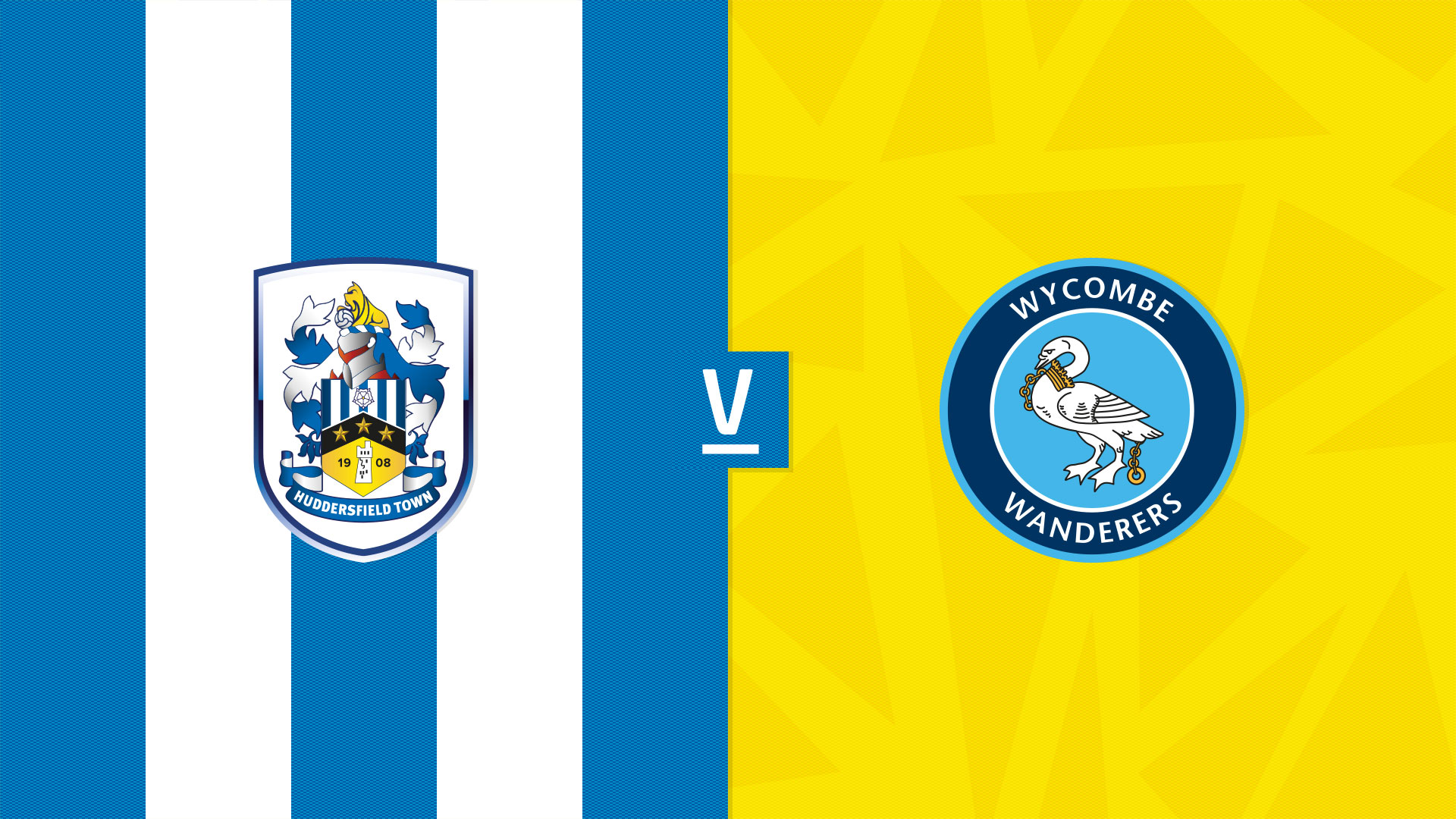 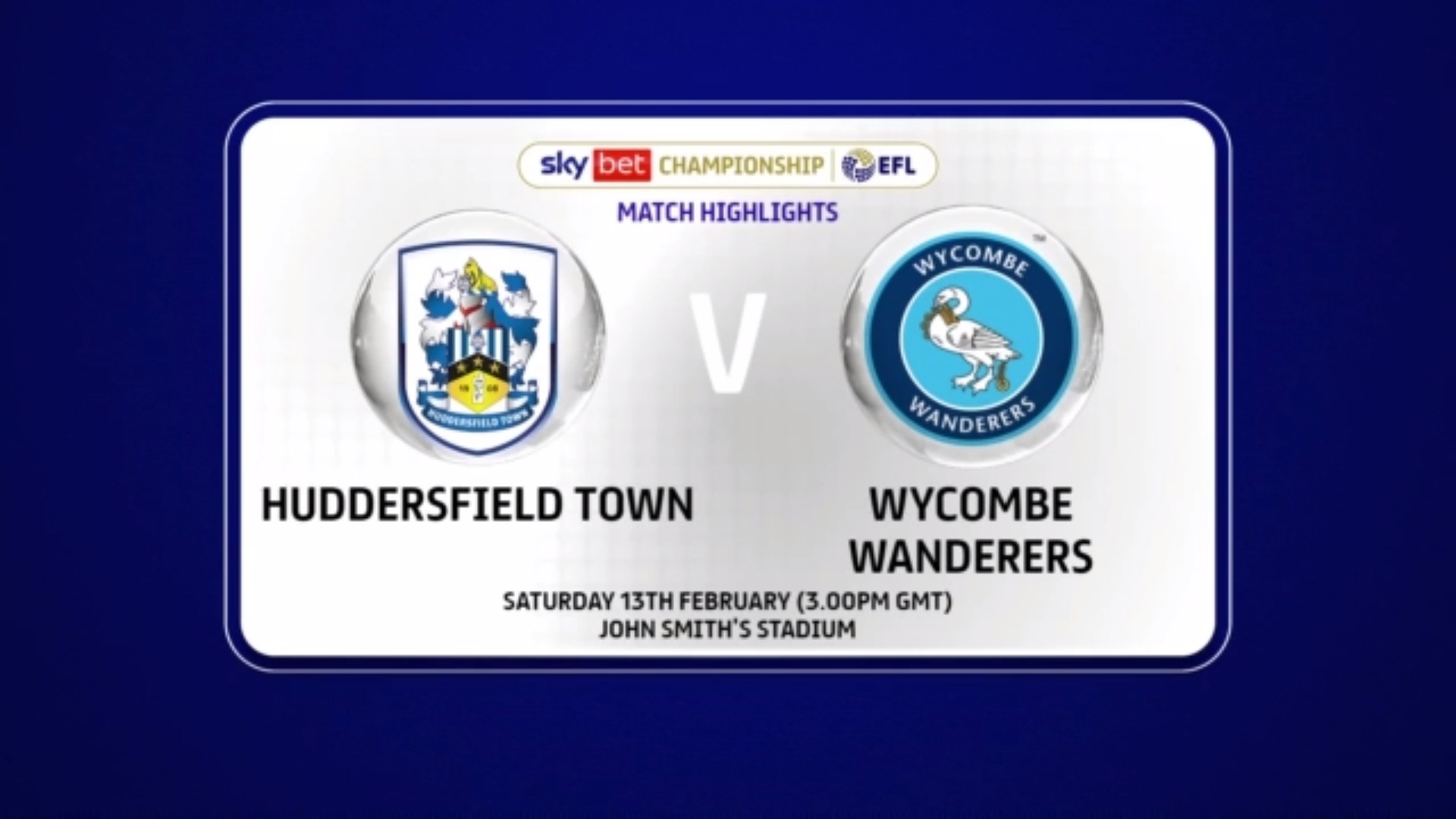 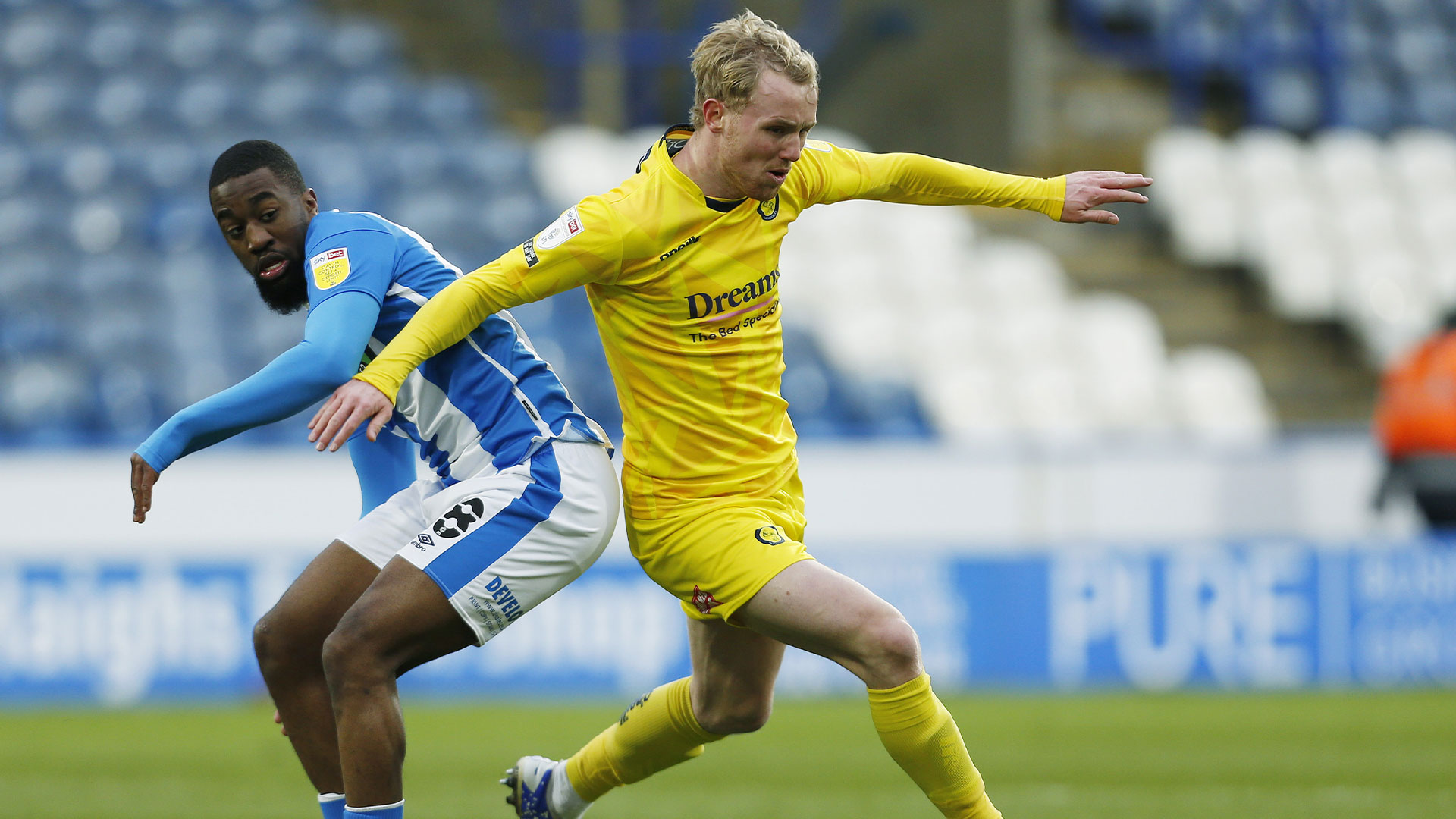