After 40 weeks and four days... fans are back at Adams Park.

It won't be the dream, packed-out, electric atmosphere that anyone would have wanted or envisaged as the Chairboys step out in front of a crowd for the first time ever in the Championship, but it's a start, as 1,000 season ticket holders take their seats to see Gareth Ainsworth's men take on Stoke City under the lights.

Those fans have been watching games up to now on iFollow and seen gradual improvements from their team throughout the campaign, holding Derby County to a draw in their most recent impressive display at the weekend.

Tonight the Blues welcome strong opposition in Stoke City with matters off the pitch dominating all the pre-match build-up... but those wearing quarters on the field will want to see their names in the headlines after guiding the team to hopefully three more points tonight.

Tickets
Those season ticket holders eligible to attend received a link to our ticketing portal where they could select their seat. Once the booking is complete, those fans will receive email confirmation containing a QR code which they should bring with them and have scanned at the gate specified on their ticket.

Parking
The club endeavours to limit cash transactions as much as possible and therefore urges fans to pre-book parking in the upper tier by clicking here. Cars are charged at £5 each.

A number of independent car parks will be open along Hillbottom Road.

Arrival
Your e-ticket will specify a Check-In Time Number, which correlates as follows:

Please make sure you have arrived at the Gate specified on your ticket during these Check-In times.

Covid-19 Precautions
You must not attend Adams Park you have a new cough, a fever or temperature, are unusually short of breath during exercise or at rest, or have a loss of smell or taste. Failure to comply may jeopardise the health of other WWFC supporters and club staff. The club will be conducting temperature checks on randomly selected spectators on arrival; anyone with a temperature above 37.8C will not be permitted entry. Fans should wear a mask at all times.

Seating Arrangements
You should sit in the seat marked on your ticket, and are asked not to move seats even to sit next to someone in your social bubble. As this is a pilot event, the club needs to make sure that all precautions are adhered to.

For this fixture, season ticket holders can select seats in the Origin Family Stand, Frank Adams Stand and Lords Builders Merchants Stand, or the very outer blocks of the PreSonus Stand. The terrace will be closed, and the centre of the PreSonus Stand will be used partially as a ‘red zone’ for playing and coaching staff, and partially for corporate guests and media.

Food And Drink
For this fixture, there will be no catering provision available, and therefore the club will allow fans to bring their own food and drink. No alcohol is permitted on site.

Last Time Out
Here are the highlights from Wanderers' 1-1 draw with Derby:

Team News
Wycombe will make a call on the fitness of Curtis Thompson and Dennis Adeniran who came off injured at the weekend, with Dominic Gape, Darius Charles, Uche Ikpeazu and Ryan Tafazolli also undergoing checks on their injuries.

Man in the Middle
Darren Bond has shown 27 yellow cards and one red in his nine games so far this season, and takes charge of a Wycombe fixture for the first time since July when Wanderers drew Fleetwood 2-2 in the second leg of the play-off semi-finals.

Chairboys fans were back at Adams Park under the floodlights for the first time in 284 days, as Stoke City scored a late winner.

Adams Park opened its gates to 1,000 season ticket holders and whilst the stands were loud, action on the pitch during the first half was quiet, with both sides lacking any major quality to make an impact on the scoreline.

The Chairboys created a few good chances in the second half, but Stoke managed to get a goal with 15 minutes to go after Nick Powell headed home from close range.

Even though Wycombe fought hard to end, coming close with shots from Anthony Stewart and Daryl Horgan, the away side took all three points. Wycombe’s next outing is away to Preston.

Gareth Ainsworth’s team news revealed a 100th appearance for Jason McCarthy in a Wycombe shirt and a start for Matt Bloomfield, after scoring last time out away against Derby.

The home fans presence clearly had an effect in the early stages, with the first chance of the night falling for the Chairboys. Alex Samuel glanced a corner onto the far post, met by a huge roar from the home crowd.

Stoke kept Wycombe focused though as Daryl Horgan was called into action moments later clearing away a header on the goal line after Jacob Brown leapt highest to win the ball.

The away side then had a succession of headed chances that went over the bar, with former Burnley striker, Sam Vokes, on the end of most of them.

Wycombe had one final chance before the half was up through Horgan. The Irishman was teed up for a half-volley, striking it sweetly, however, the Stoke goalkeeper, Joe Bursik, had it covered. The sides went into the break goalless.

It was a lively restart with a strong tackle from Jordan Cousins on Fred Onyedinma. There were huge appeals for something more than a yellow from both the fans and the players, but the referee waved away any pleas.

After the introduction of Bayo Akinfenwa and Scott Kaskhet, the Chairboys looked like a better side. Horgan skilfully created space to get a shot away, only just going over the crossbar.

Stoke City did get a chance though, after a period of Wycombe possession, courtesy of James McClean who picked out Nick Powell and the unmarked midfielder was there to head it home for the away side.

As the game entered the final ten minutes, Ryan Allsop was called into action to keep out Tyrese Campbell, making a good save low down to his right-hand side.

The Chairboys came close with one final chance in injury time through Anthony Stewart, but he could only power his shot over the bar after a scramble in the opposition area. 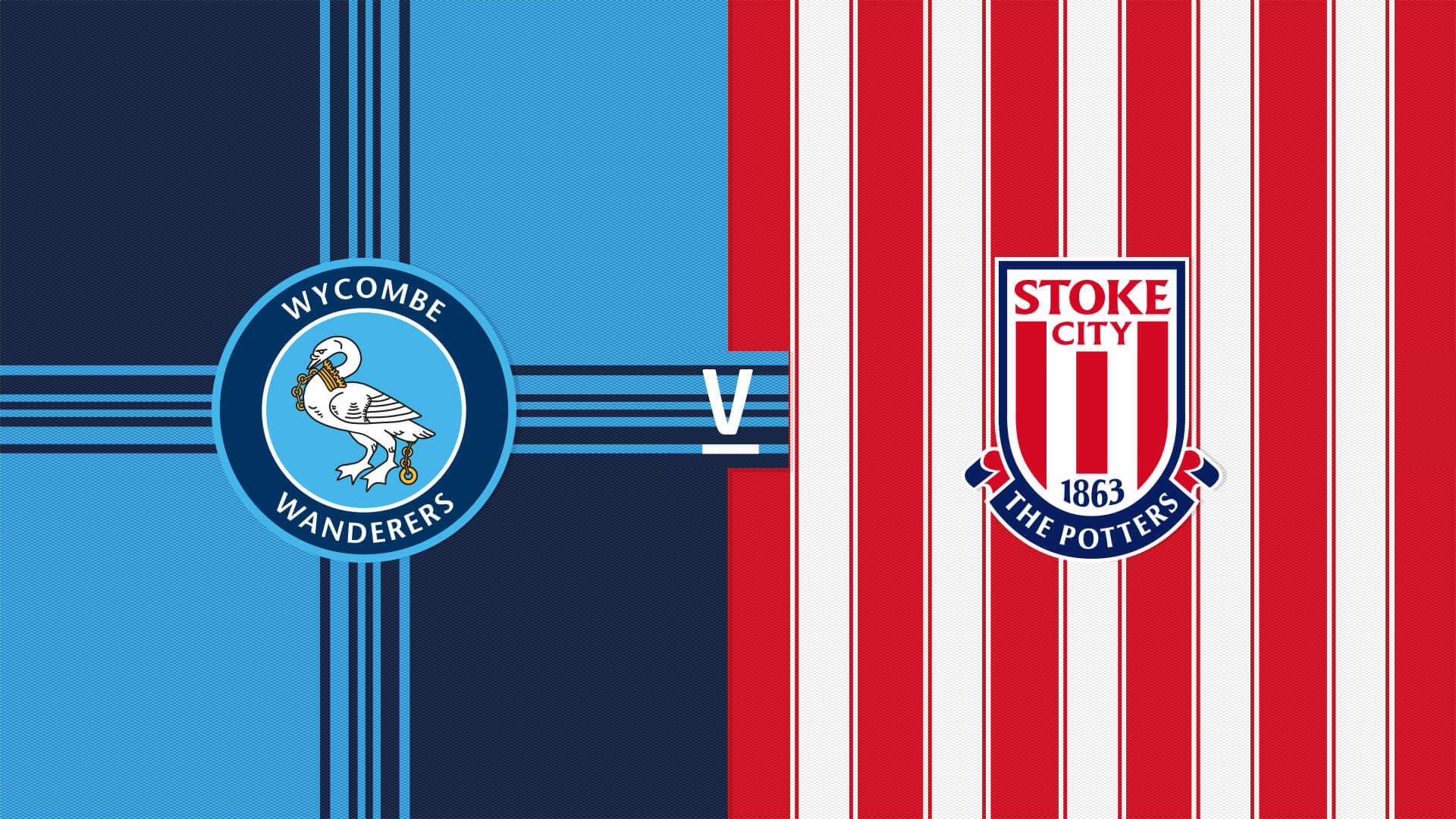 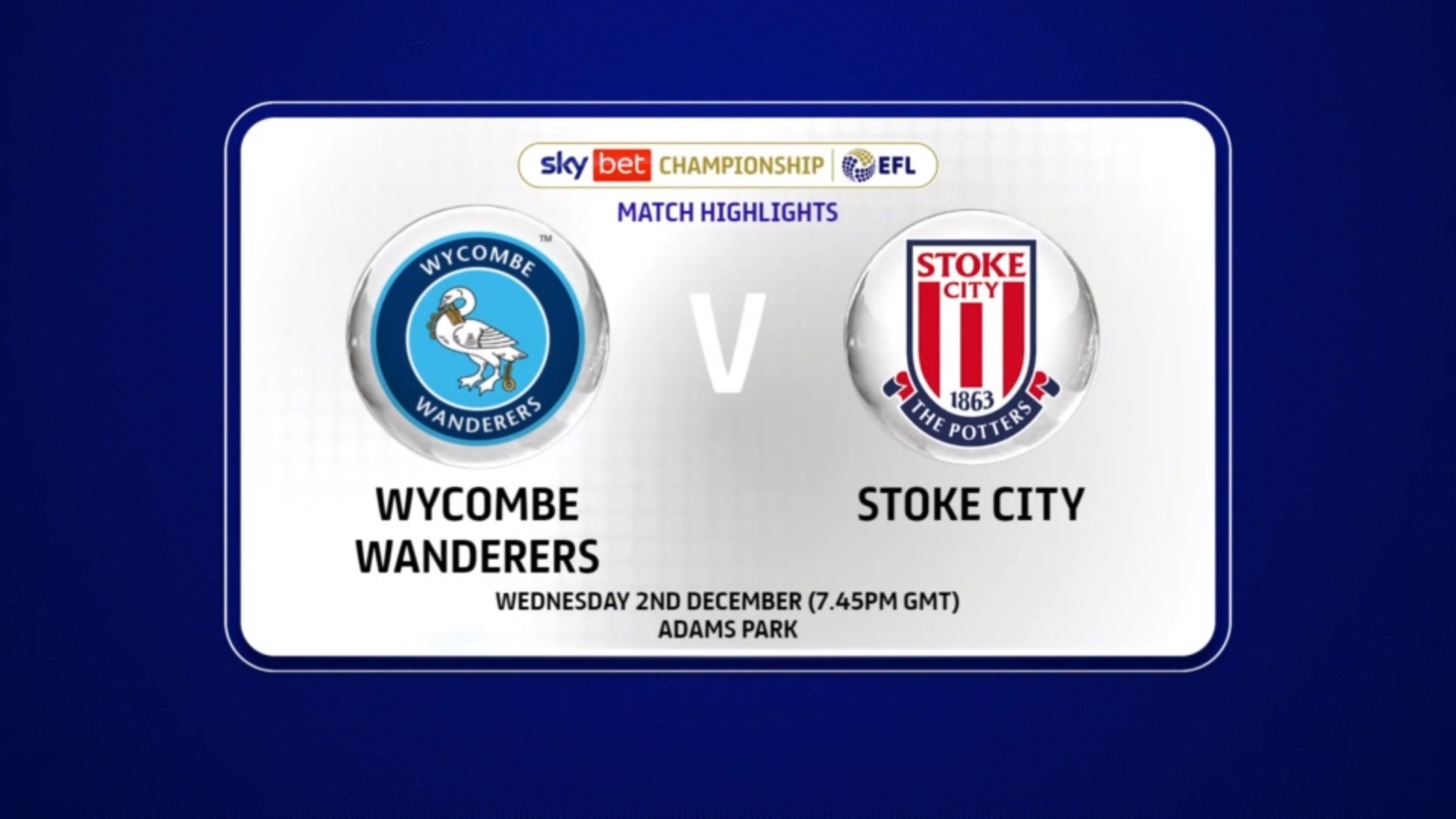 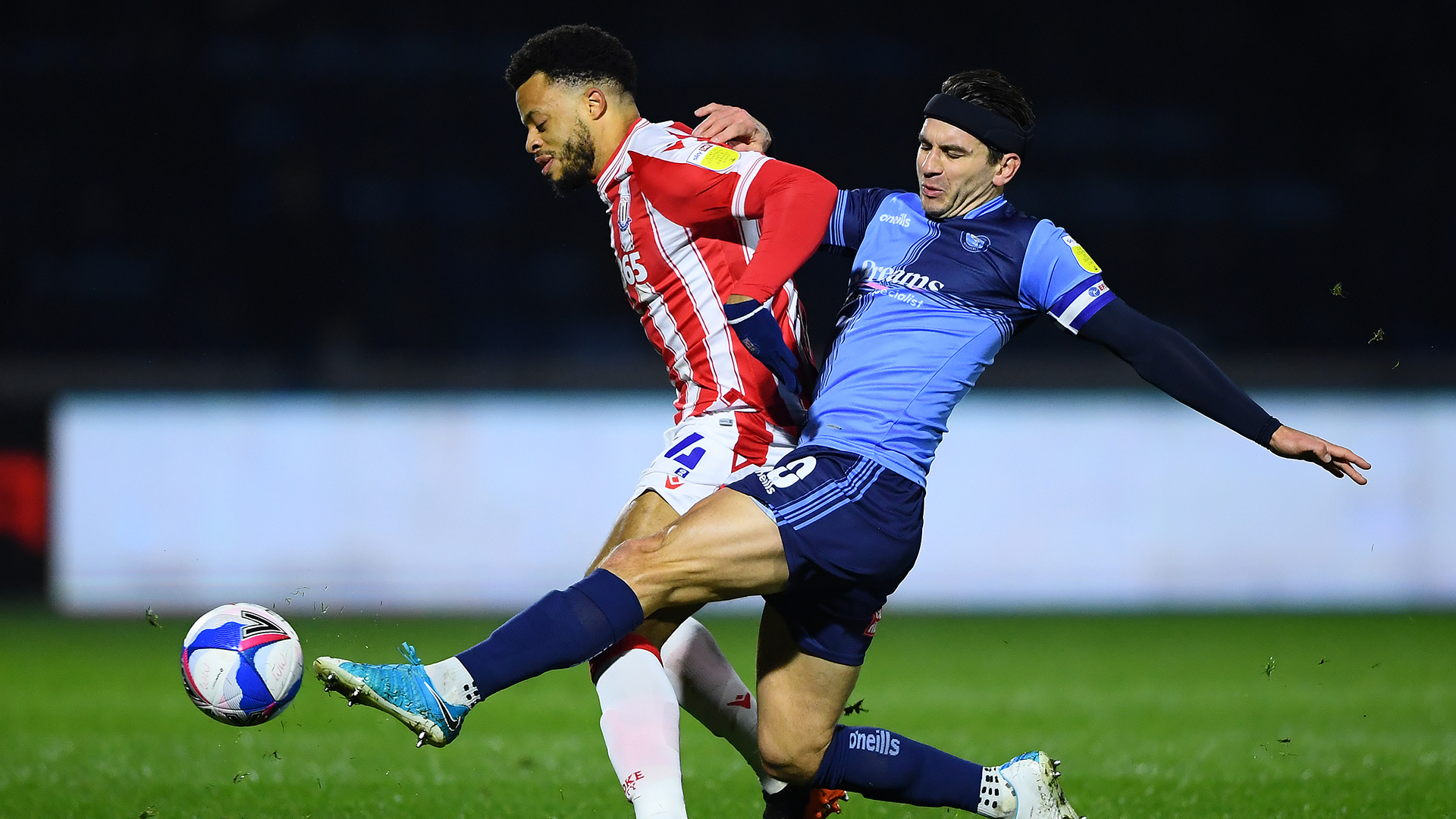