A perfect Easter weekend yielded the maximum six points for the Chairboys, with a new-look system paying dividends for Gareth Ainsworth's side and extending their run of successive clean sheets to three, or four from the last five outings.

Next up are a Luton side who masterminded a great escape from relegation in their first Championship season last year, and look well on course to secure a comfortable mid-table finish this time around.

They lost both games over Easter but have already reached the 50-point mark, thanks in no small part to an admirable record of seven away wins despite scoring only nine goals in total on the road.

Wycombe's results over the last six games put them 7th in the form table, but they may need to raise standard even further over the final half-dozen games to secure survival, starting with the visit of the Hatters who are unbeaten in all 14 of their games at Adams Park.

WATCH: It's live on iFollow
PLAY: £250 up for grabs with Wyc Picks
WATCH: Manager's press conference

Last Time Out
Here are the highlights from the 3-0 win over Rotherham on Monday:

Team News
Dominic Gape is awaiting news on the calf injury he sustained on Good Friday as he joined Jordan Obita in the treatment room, but everyone else is fit and available for duty.

Luton are expected to welcome keeper James Shea back to the squad after illness.

Man in the Middle
Oliver Langford has shown 99 yellow and five red cards in his 27 matches in charge; he last oversaw a Wycombe fixture in November - the 1-1 draw at Derby.

Despite leading 1-0 at half-time thanks to an Anis Mehmeti penalty, a red card for Josh Knight proved to be the decisive moment as Luton came from behind with three late goals to take all three points.

After observing a two-minute silence to commemorate the death of Prince Phillip, Wycombe got the action underway in search of their third consecutive win.

It only took three minutes for Wycombe to try their luck with the first effort of the game through Anis Mehmeti. Luton were caught napping at a short corner and the Albanian aimed for the top corner only for his shot to sail narrowly over the crossbar.

The following twenty minutes brought few successful passages of play with neither side managing to find a rhythm nor create many meaningful chances. A challenge by Matty Pearson resulted in Uche Ikpeazu going to ground in the Luton penalty area, but the referee signalled for a goal-kick, much to the dismay of the Wycombe bench.

However, 10 minutes later the referee was pointing to the penalty spot. Ikpeazu beat his man with some brilliant play down the left-hand side before fizzing in a low ball to Admiral Muskwe. The Leicester loanee was bundled to the ground by Kal Naismith after a deft first touch. Anis Mehmeti stepped up to put Wycombe into the lead, firing to the keepers left with enough power to beat Simon Sluga.

The visitors began to threaten more after the goal although any dangerous situations were predominantly crosses that David Stockdale snuffed out consummate ease. Wycombe were able to contain Luton until the end of the first half and headed into the break 1-0 to the good.

Luton were knocking on the door early after the game resumed, a cross from the right finding Kiernan Dewsbury-Hall who drilled in an effort on goal only to be parried away by Stockdale.

The game would take an significant and gut-wrenching turn only five minutes later as a challenge by Josh Knight was deemed a red card by the referee.

Goalscorer Anis Mehmeti was replaced by David Wheeler as the Chairboys looked to solidify their formation in the absence of Knight, although as the minutes went by, Luton began to assert their ascendancy and create more and more opportunities. Elijah Adebayo had the first of the newly-created chances when he cannoned a well-struck volley over the bar, before a sensational last-ditch block from Anthony Stewart denied James Collins from close range.

Moments later and Luton had their reward. A free kick from 25 yards out was struck low and hard by substitute George Moncur, creeping just inside the post after sneaking through a gap in the wall. Although a disappointing one to concede, the goal was the result of constant Luton pressure since half-time and the hosts would have to dig deep to ensure they got anything from the game.

Moments later, the Luton turnaround was complete. The ball broke for Kazenga Lua-Lua outside the box and the winger whipped a ferocious, spectacular curling effort that ripped into the back of the net. Luton now had the wind in their sails, as well as the extra man, and the remainder of the game was now a vastly different story to how it was only moments ago.

The nail in the coffin was delivered by Elijah Adebayo, rising home to power in a close-range header and put the game to bed. Finding space amongst the Wycombe defence, the former Walsall man’s powerful header was followed closely by the referee’s final whistle before Wycombe could attempt to mount any comeback. Full time, 3-1 to Luton Town.

The boys are back on the road next weekend as we head to Wales to take on Swansea. 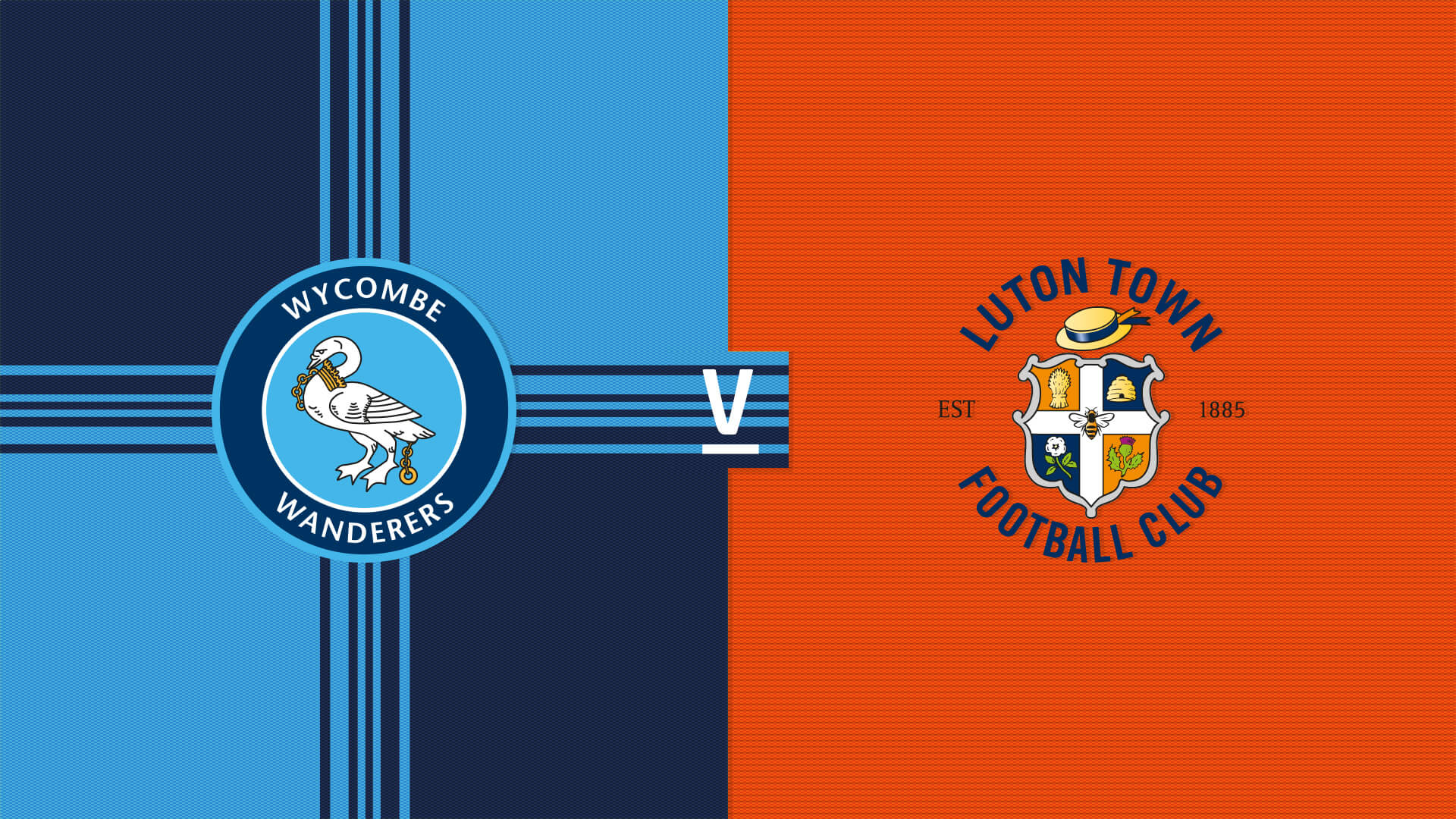 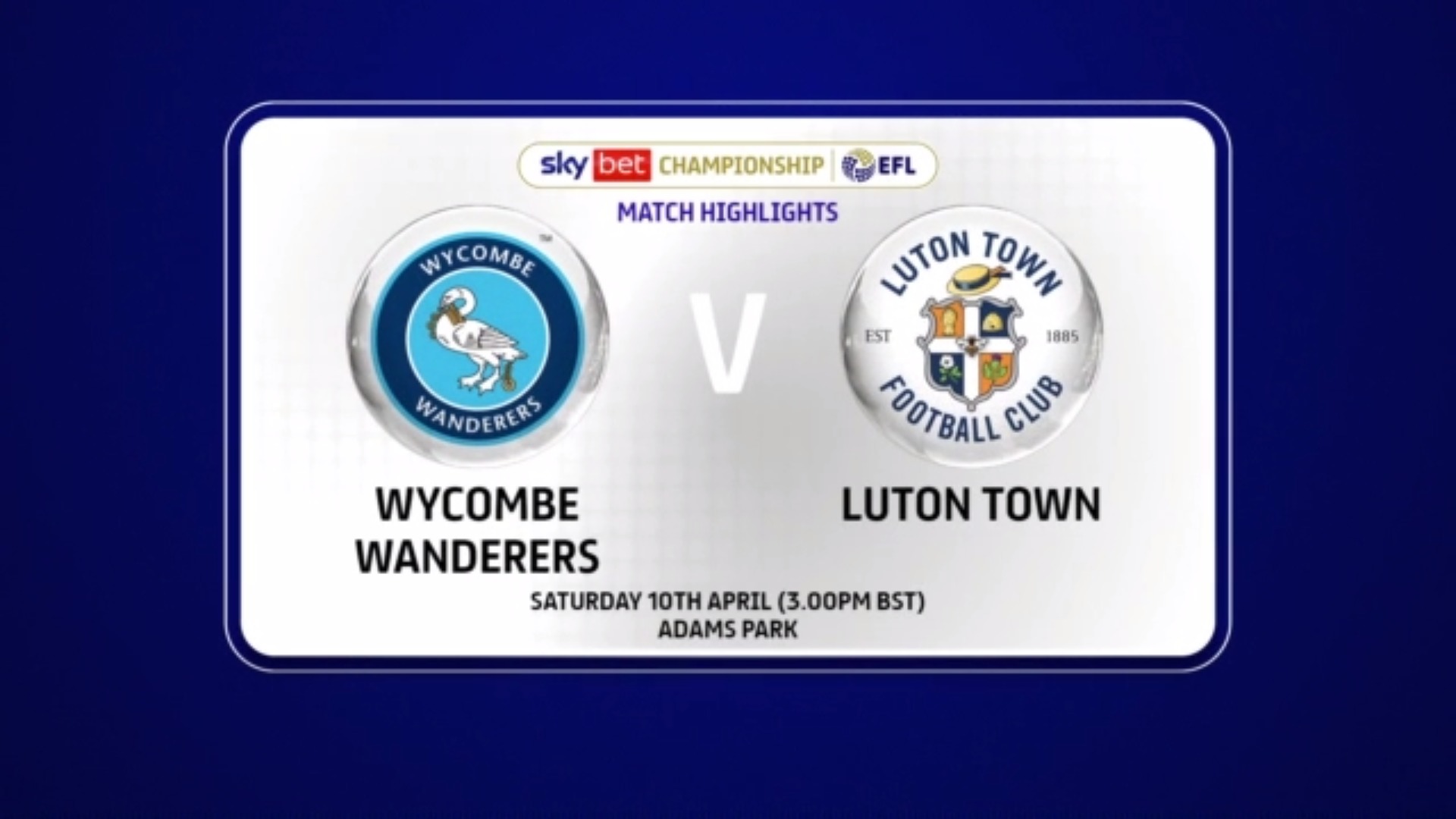 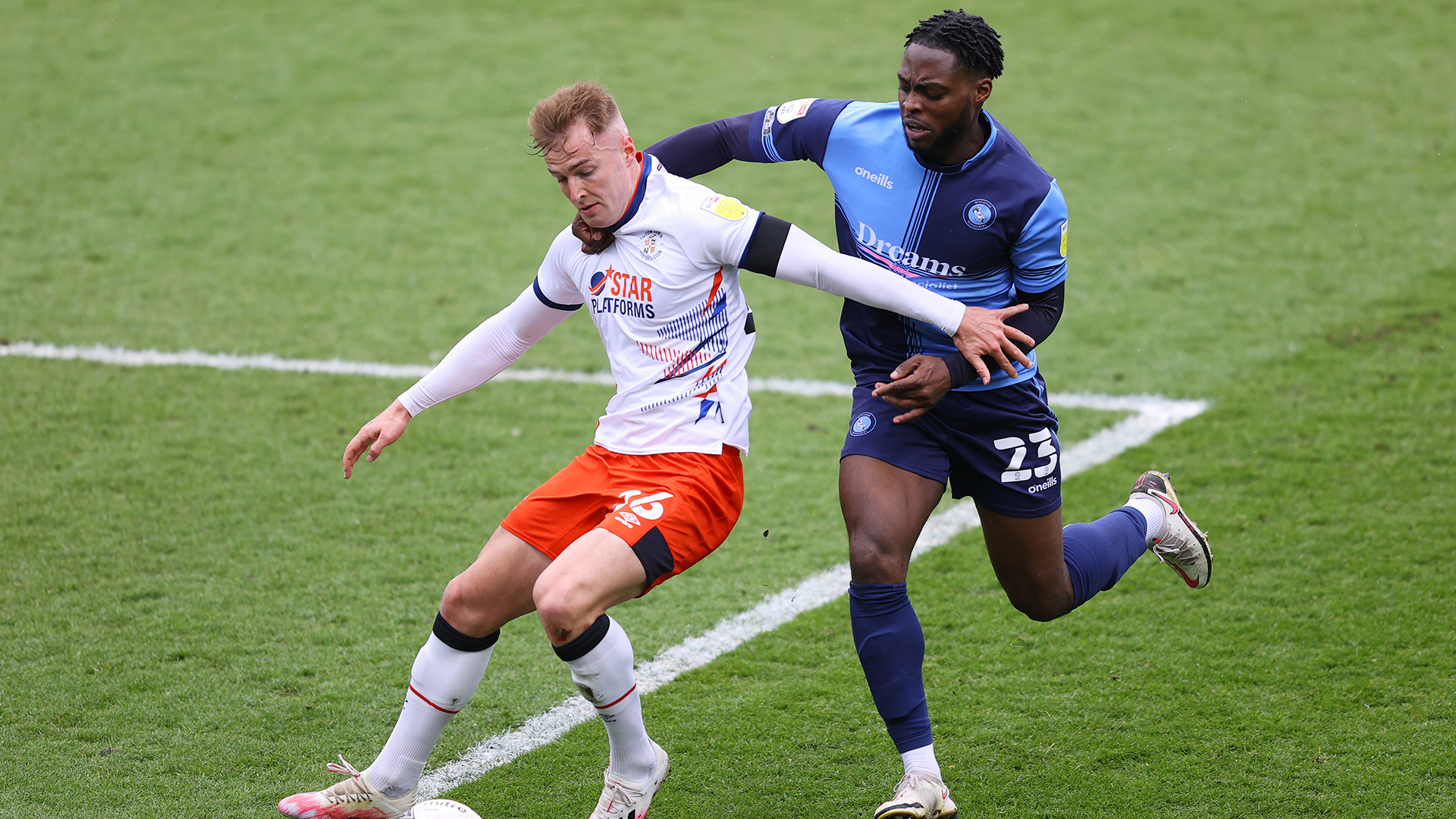