Your guide to matchday 43.

Wanderers look to follow up one of their best performances of the season with a display of similar quality when they take on 15th-placed Bristol City at Adams Park this evening.

Gareth Ainsworth's men took the game to promotion-chasing Swansea and were unfortunate not to leave with all three points, but results elsewhere on Tuesday mean there's still a chance of a great escape if the Blues can win each of their four remaining fixtures.

The reverse fixture saw the Robins score a late winner at Ashton Gate on Boxing Day but they've since parted ways with boss Dean Holden, with Nigel Pearson stepping into the hotseat.

These sides last met in South Bucks in 2016, when Tammy Abraham struck the only goal of the game in a 1-0 League Cup win for the visitors, while the Blues were victorious in the Football League Trophy tie three years earlier.

Last Time Out
Here are the highlights from the 2-2 draw at Swansea on Saturday.

City won an appeal against Henri Lansbury's red card at the weekend so he's available to play.

Kit
Wanderers will be in their regular blue strip for this match.

Man in the Middle
Dean Whitestone has shown 59 yellow and three red cards in his 30 matches in charge, which included Wanderers' 1-0 win over Reading in which he awarded two penalties and dismissed Ryan Tafazolli.


Wanderers' Championship fixture against Bristol City on Wednesday 21st April will now kick off at the earlier time of 7pm.

Adebayo Akinfenwa netted his first Championship goal in stoppage time to help Wycombe to a vital 2-1 win over Bristol City at Adams Park.

The Blues did it the hard way, coming from behind following Tyreeq Bakinson's stunning opener, but Uche Ikpeazu's header levelled the scores before Akinfenwa struck from the spot after David Stockdale forced a handball in the box following A crisp, spring evening made a refreshing change from the usual dark and cold midweek fixtures, but the aim was the same for this spirited Chairboys side – three crucial points.

Promising Bristol centre midfielder Han Noah Massengo had the first chance of the game, a long ball finding Famara Diedhiou and his touch falling nicely to allow the 21-year-old to cut inside and get a shot away. Enough pressure from Joe Jacobson ensured it trickled wide of the post, but it was an early warning sign for the hosts.

Wycombe responded by creating an opening of their own, Admiral Muskwe bearing down on goal only to fire straight at the City goalkeeper.

After enduring a slow-paced and scrappy following 20 minutes, Tyreeq Bakinson sparked the game into life with a moment of pure brilliance. Just outside the box, he unleashed a ferocious shot that sailed into the top left-hand corner past a helpless David Stockdale to give the visitors the lead. It was a moment of pure quality to give the Robins winger his 4th goal of the season.

After the goal, neither side managed to settle into a rhythm, with few meaningful passages of play and neither side managing to retain possession long enough to create any chances. The sun began to set over Adams Park and the first half drew to a close, with the visitors leading 1-0 thanks to Bakinson’s marvellous strike.

The second half brought a lively start, with both sides having decent chances in the first 10 minutes. First, Uche Ikpeazu tried an audacious overhead kick flew over the bar, then, Nakhi Wells broke through on goal at the other end and similarly blazed his effort into the stand behind the goal. There were promising signs that the game could open up and Wycombe would have their chances.

In the 64th minute, a golden chance arrived. Recently introduced substitutes David Wheeler and Anis Mehmeti combined beautifully, allowing the Albanian to dink a teasing cross to the back post where Uche Ikpeazu was on hand to apply the headed finish. His 5th goal of the season meant Wycombe were right back in it, and suddenly the wind was in their sails.

With Wycombe attacking more, the high line had to be cautious as Bristol began to threaten more themselves. Stockdale had to be alert to keep out an effort from Antoine Semenyo at the near post as the game headed into a rather uncomfortable final 10 minutes.

Daryl Horgan had a decent chance, albeit from a narrow angle, before Adebayo Akinfenwa almost stole the show with what would have been his first Championship goal. A fine piece of play to weave his way into the box before curling a strike to the keeper's left, Bentley had to be at full stretch to tip the ball around the post, denying what would have been one of the moments of the season.

However, the moment of the season arrived just moments later. David Stockdale ventured up in the dying moments for a corner and was involved in a flick on before the City defence cleared to the wing. The visitors were not out of danger yet, and Wheeler returned a teasing cross that caused chaos in the box. The ball fell invitingly to none other than Stockdale, positioned on the edge of the box, who fired in a spectacular half volley, goal bound only to be prevented by the arm of a Robins defender.

The referee pointed to the spot, and Akinfenwa stepped up have the final word in a mesmerizing climax to the game. Dispatched to the bottom right corner, the Beast's first goal of the season proved to be the winner, earning Wycombe a crucial three points and a 2-1 win.

A truly incredible end to the game, the character and resilience amongst this Wycombe team continues to shine through.

Back on the road on Saturday, on the hunt for a further three points against Cardiff City.


Wanderers' Championship fixture against Bristol City on Wednesday 21st April will now kick off at the earlier time of 7pm. 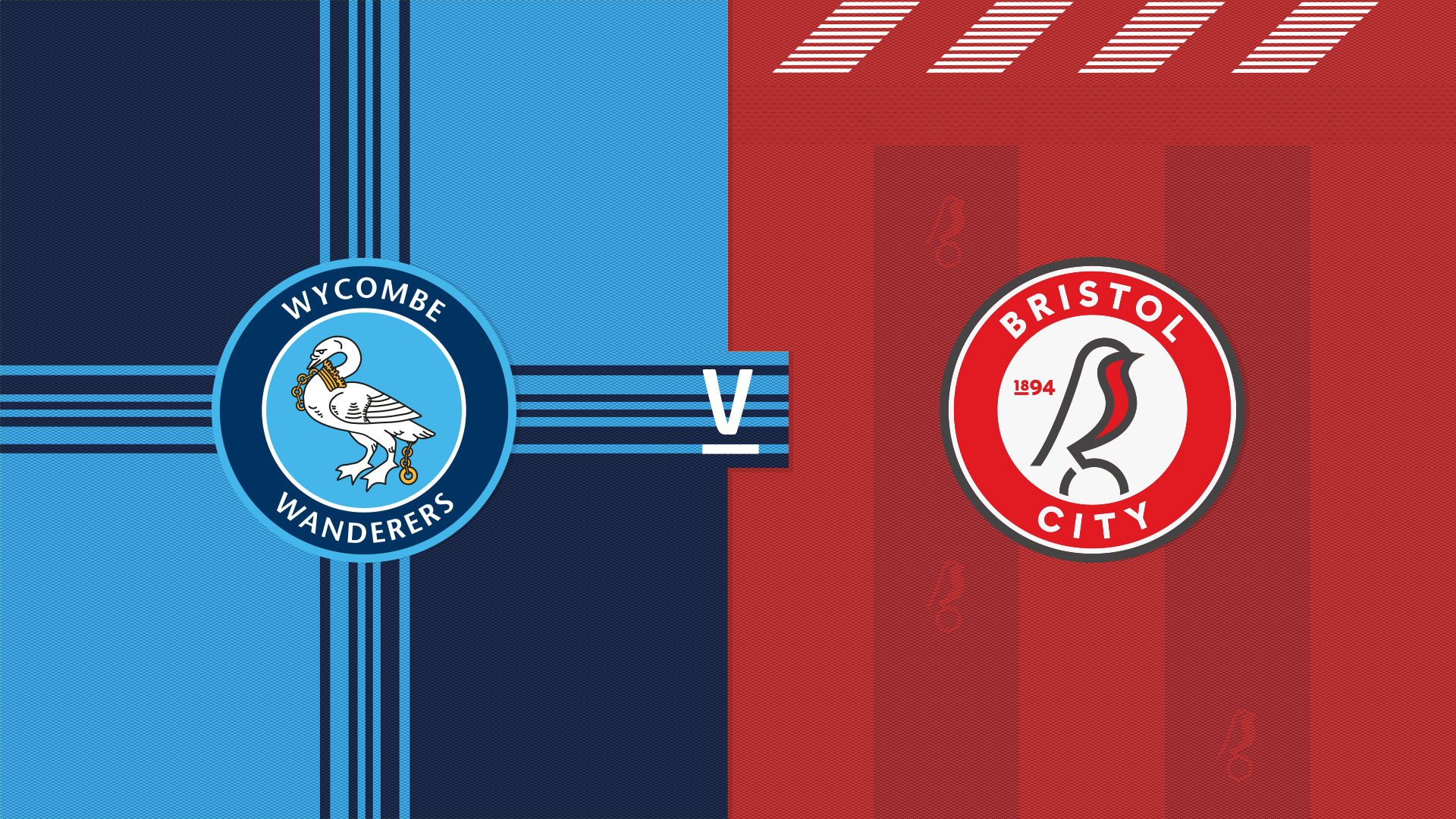 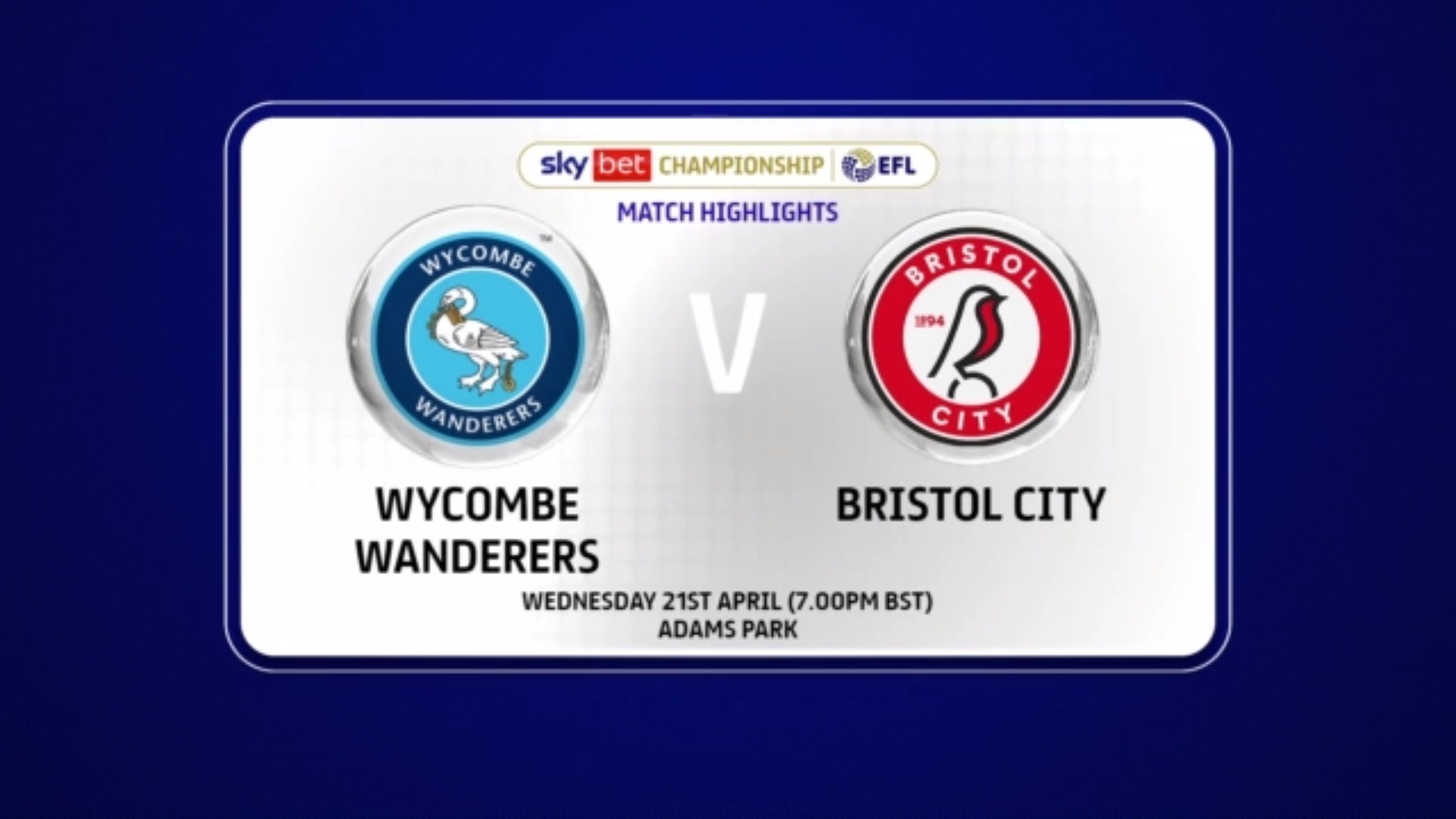 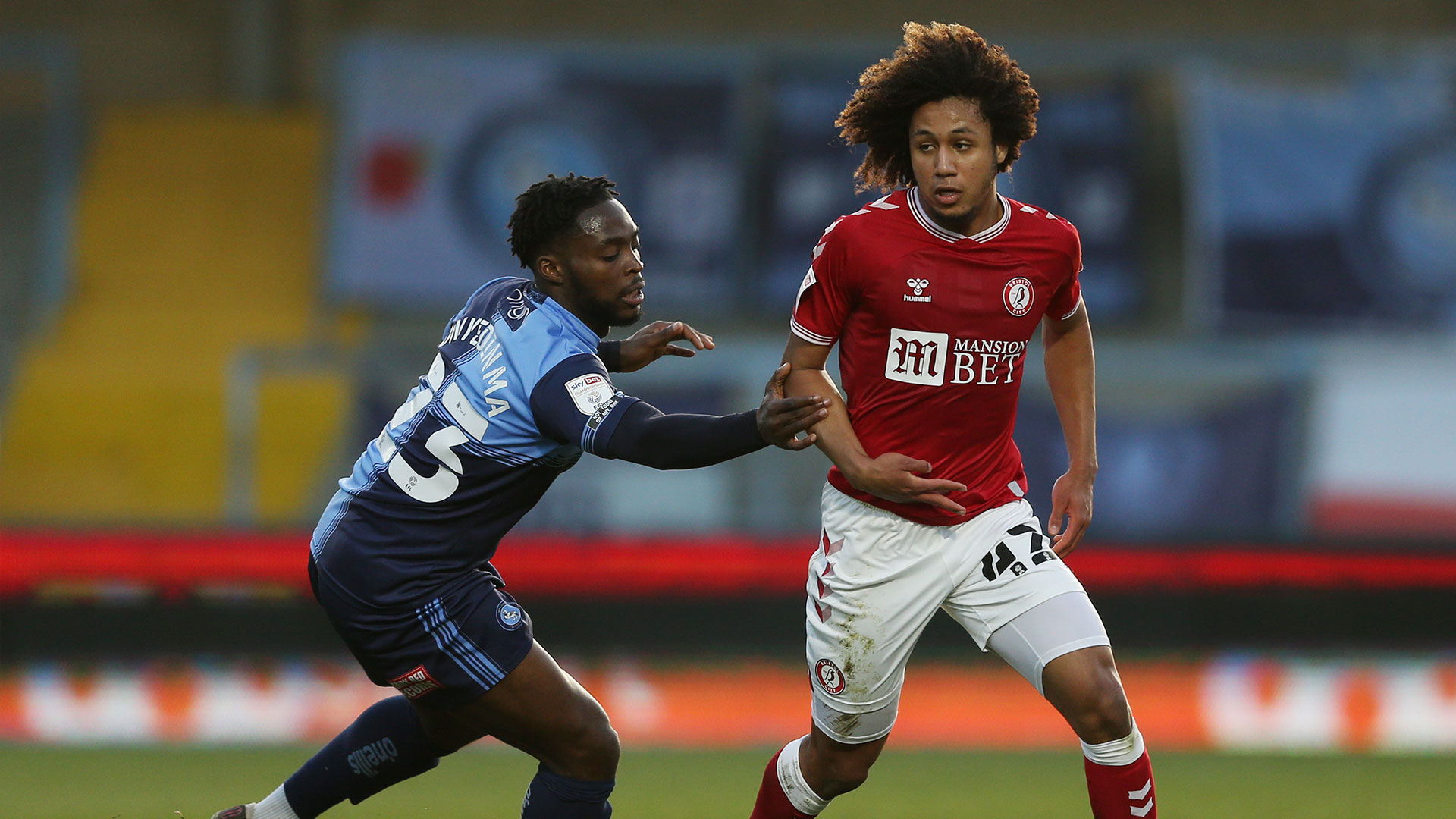