Your guide to matchday 42.

3rd plays 24th in the Sky Bet Championship at the Liberty Stadium, with Wanderers looking to recapture the form that saw them record back-to-back wins and earn their lead against Luton before succumbing to defeat with 10 men last weekend.

Swansea have recovered from a poor run of results which leaves them seven points adrift of the automatic promotion places and more likely to be forced into the play-off lottery, which last season saw them defeated at the semi-final stage by Brentford, though they have won their last two games, scoring five without conceding.

Steve Cooper's side were successful in the reverse fixture at Adams Park, recording a relatively comfortable 2-0 win on matchday 3 in October, and welcome the Blues for the first time since a Johnstone's Paint Trophy tie in 2007.

The previous year, Wycombe had won 3-2 at the Liberty Stadium at the first stage of a run all the way to the semi-final of the League Cup, with Adebayo Akinfenwa amongst the Swans squad that night, and he returns to the Welsh club for the first time ever as an opposing player.

Last Time Out
Here are the highlights from the 3-0 win at Rotherham in Wanderers' last away game:

Team News
Former Swans Adebayo Akinfenwa and Alex Samuel return to their old home, while ex-Cardiff man Joe Jacobson hopes to be fit again after injury, with Dominic Gape, Ryan Tafazolli and Nnamdi Ofoborh also in the treatment room and undergoing assessments. There's no news yet as to the availability of Josh Knight following his red card last week.

Ben Cabango is absent for the Swans, but they have no fresh injury concerns.

Kit
Wanderers will be in their yellow change strip for the final time.

Man in the Middle
Keith Stroud has shown 84 yellow and two red cards in his 32 matches in charge, which included Wanderers' wins against Sheffield Wednesday and Huddersfield, as well as the loss at Bristol City. He refereed a Football League Trophy match between these two teams 17 years ago.


Wanderers' Championship fixture at Swansea City on Saturday (17th April) has been brought forward to the earlier kick-off time of 12.30pm BST, to avoid a clash with the funeral of HRH Prince Philip,...

Wycombe saw their two-goal lead pegged back in an enthralling second half at the Liberty Stadium, with Admiral Muskwe and Garath McCleary on target for Gareth Ainsworth's men.

After an impressive first-half showing, in which the Blues could have been awarded a penalty for a handball for Matt Grimes, Muskwe lit up the game with a superb strike just 15 seconds after the interval.

McCleary's powerful low drive doubled the lead as Wycombe stunned the promotion hopefuls, but the home side clawed their way back through Jamal Lowe's penalty and Liam Cullen's close-range header.

Wanderers made two changes to the side that succumbed to defeat to Luton seven days earlier, with Josh Knight absent due to suspension while Anis Mehmeti also moved to the bench, with Joe Jacobson and Garath McCleary bringing experience into the starting XI.

An early sign of the visitors' counter-attacking intent came inside 90 seconds when Gareth Ainsworth's men left three players high up the pitch when defending a set-piece, and David Stockdale's quick distribution to Fred Onyedinma down the left was clear evidence of a gameplan to catch the Swans cold when Wycombe were able to seize possession.

Swansea were forced into a change just nine minutes in when Andre Ayew collected a muscle strain and couldn't continue, prompting Wayne Routledge's arrival into action from the bench.

The hosts upped the pressure and were presented with a big chance for Connor Roberts, whose on-target shot was expertly diverted behind by David Stockdale's outstretched leg, before Conor Hourihane's rocket from distance flew just wide.

But then Wanderers swung momentum in their favour, with Admiral Muskwe's low drive striking a Swansea hand in the box and not quite falling kindly enough for either Uche Ikpeazu or Garath McCleary to convert.

Dennis Adeniran then went close twice in quick succession, firstly steering wide after Curtis Thompson's excellent work to shrug off two tackles down the left, before seeing a shot blocked after neatly fashioning the chance for himself following Stockdale's free-kick.

But for all their hard work in getting on top of the game, they almost came unstuck when a slip at the back allowed City to venture forward two-on-two, and fortunately Roberts' shot after cutting inside was comfortable enough for Stockdale to hold.

Muskwe had a shot saved at the near post after neat play between Onyedinma and Ikpeazu down the left, before Jay Fulton headed Swansea's final chance of the half wide from Hourihane's corner.

But the frantic end to the first half was bettered by an incredible opening to the second. Just 15 seconds were on the clock when Admiral Muskwe traded passes with Ikpeazu and belted home an unstoppable left-footed drive from 20 yards; his second goal in as many away games.

Swansea could have been level when Jamal Lowe's first chance of the game was denied by Stockdale's right boot in a crowded box, before Wycombe went up the other end and created a succession of chances from set pieces leading up to their second goal.

Anthony Stewart's header was cleared off the line but the resulting corner was played short and ultimately worked to Garath McCleary, who unleashed an unstoppable low drive into the far corner.

Swansea were shell-shocked, and needed changes, which arrived when boss Steve Cooper made a triple sub to bring Yan Dhanda, Korey Smith and Morgan Whittaker into the fray.

They almost halved the deficit when Jamal Lowe rounded Stockdale but found the angle too tight, and by the time he'd cut back to get his shot away, the keeper had recovered to make a superb block before Jason McCarthy cleared Routledge's follow-up off the line.

McCarthy's low cross-shot after a flowing move, and Ikpeazu's turn and shot soon after, saw the Blues come close to stretching their lead further, but Swansea were literally handed a lifeline when referee Stroud spotted a handball by McCarthy in the box and Lowe blasted home the penalty with just over 10 minutes remaining.

Moments later, it was 2-2. The cross from the right was as inviting as they come, and young sub Liam Cullen attacked it well to head home from close range.

Game well and truly on. Adebayo Akinfenwa entered the field for the Blues and nodded a deep cross back into danger for Muskwe, who could only fire wide on the turn.

Fred Onyedinma headed wide and saw a low shot blocked in seven minutes of stoppage time, but neither side could find the winner they needed.


Wanderers' Championship fixture at Swansea City on Saturday (17th April) has been brought forward to the earlier kick-off time of 12.30pm BST, to avoid a clash with the funeral of HRH Prince Philip,... 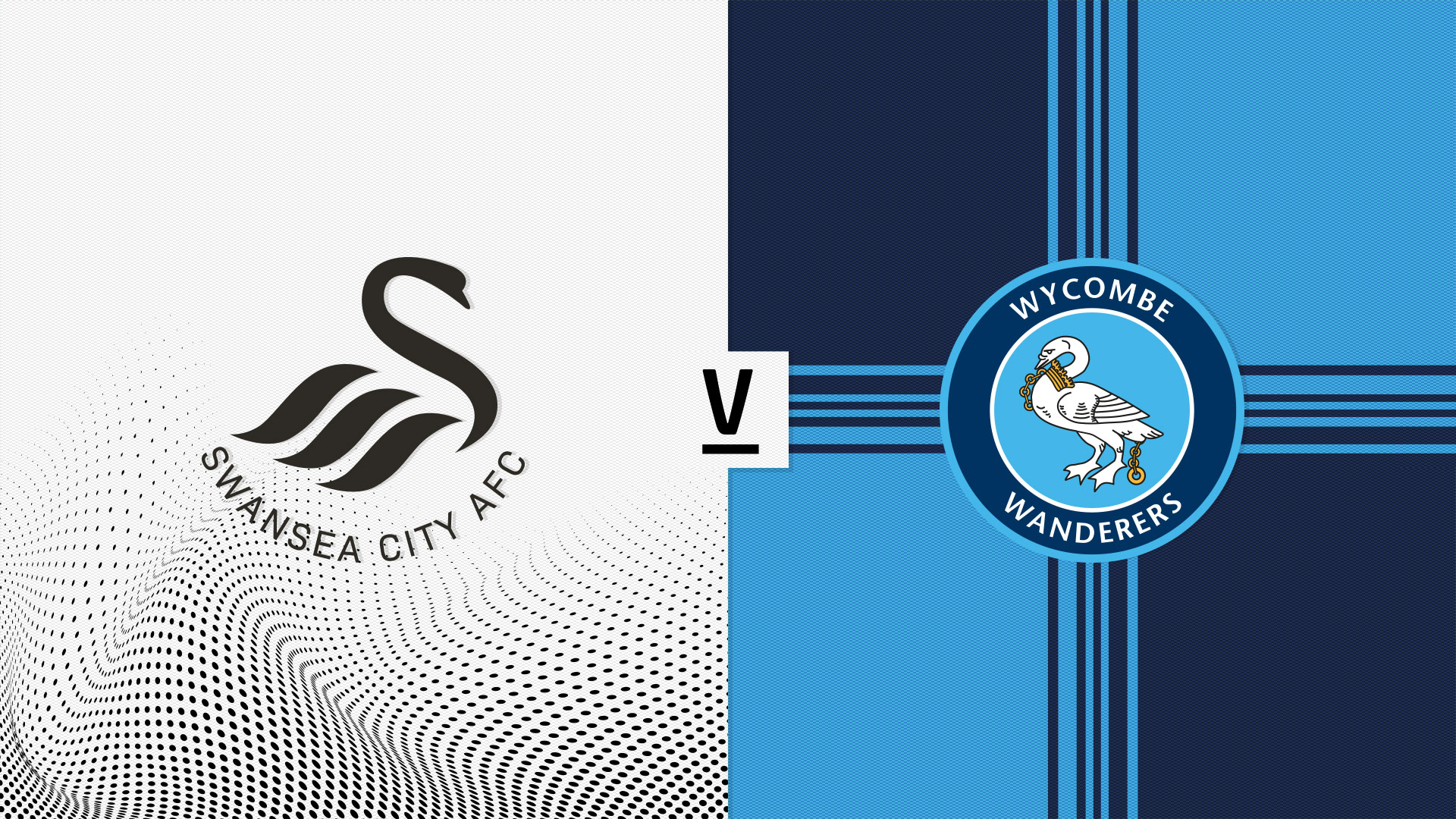 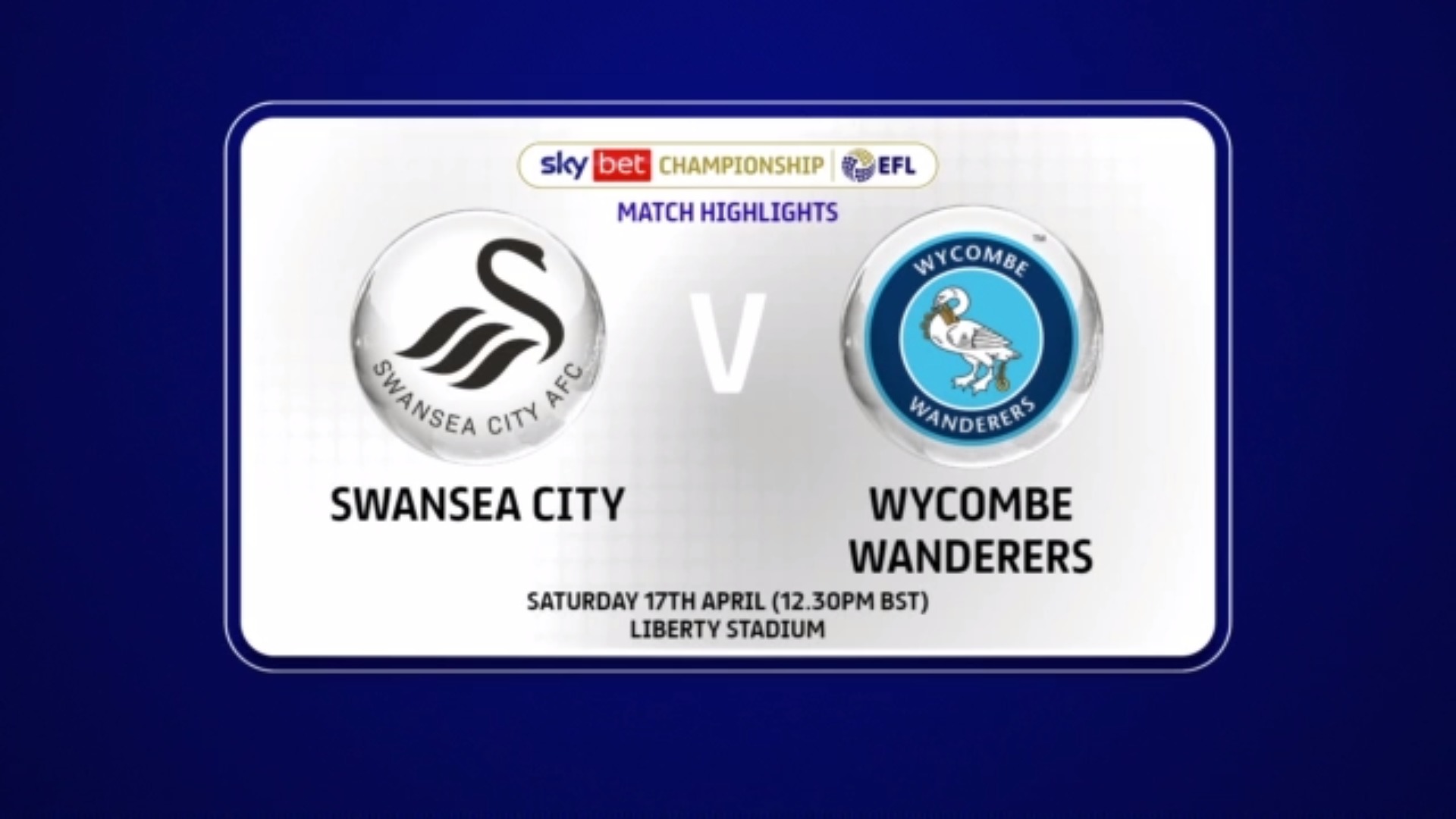 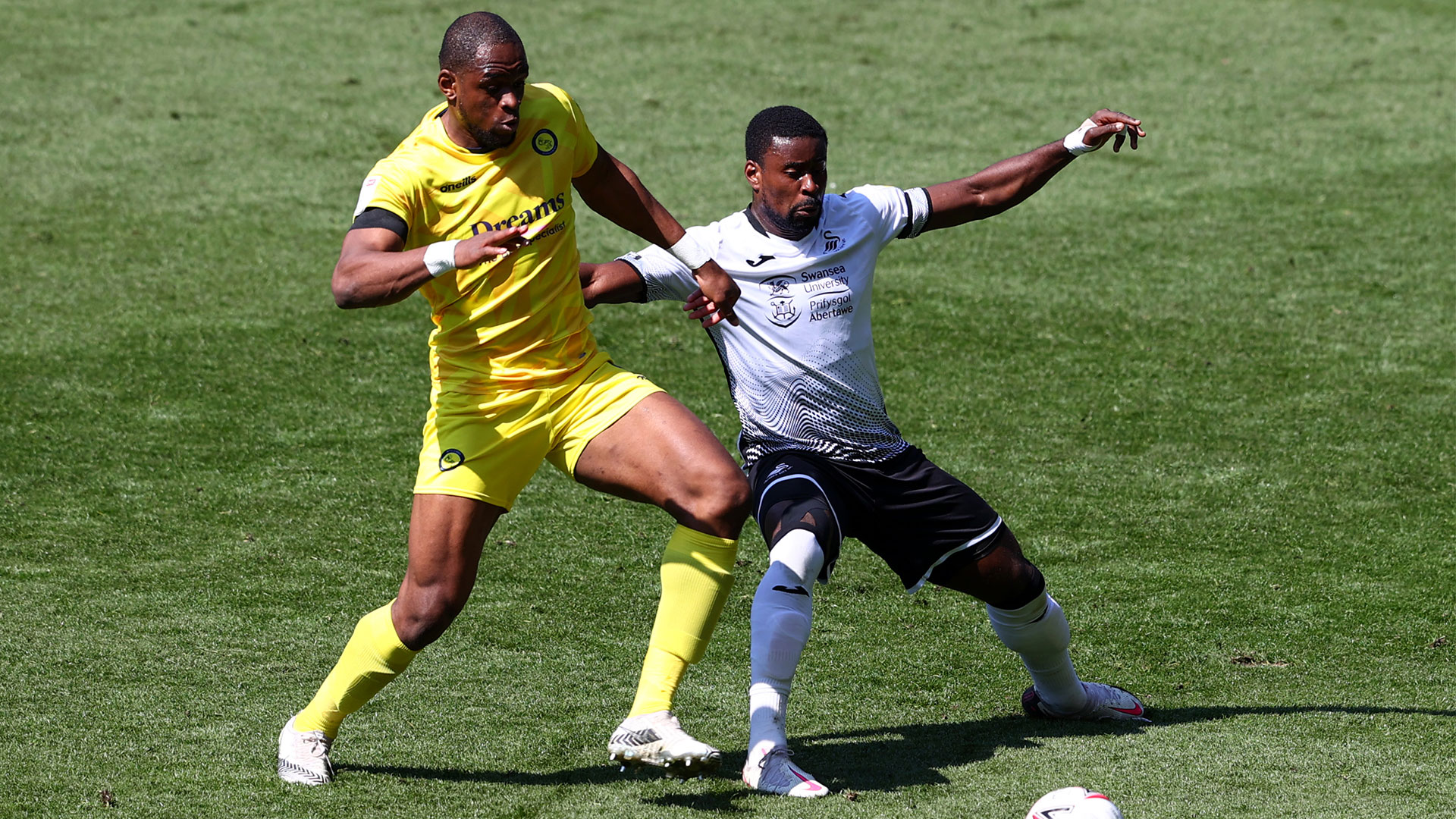