Wanderers head north for the second game of their Easter weekend double-header looking to complete back-to-back victories, which would cut the gap between themselves and Rotherham to just two points.

Both promoted from League 1 last season alongside Coventry, the Chairboys and Millers met on the opening day of the Championship season and it was the visitors who snatched the points with a last-gasp winner at Adams Park.

They suffered late heartache at the weekend with Michael Smith's penalty being saved to deny them a point at Millwall, leaving Paul Warne's side 22nd but with three or four games in hand on the sides around them due to a series of weather and Covid-19 enforced postponements.

Gareth Ainsworth's men collected a third clean sheet in four games with Friday's excellent 1-0 triumph over Blackburn, and hope to repeat the success of arguably their most impressive triumph of their promotion-winning season: the 1-0 win at the New York Stadium in October 2019.

WATCH: It's live on iFollow and a host of international networks
PLAY: £250 up for grabs with Wyc Picks

Last Time Out
Here are the highlights from that 1-0 win at Rotherham last season:

Team News
Dominic Gape was forced off with an injury on Friday and awaits news of the damage to his calf, but David Wheeler was involved in a small-sided game after full-time and could make the trip north after his lay-off.

Millers defender Richard Wood was sent off on Friday and sits out through suspension.

Man in the Middle
James Linington has shown 55 yellow and three red cards in his 25 matches in charge; he oversaw the reverse fixture at Adams Park in September, as well as the 2-2 draw at Preston and 3-0 home loss to Nottingham Forest.

Wanderers recorded their biggest victory of the Championship season so far, defeating Rotherham United 3-0 at the New York Stadium.

A goal within the first couple of minutes from Admiral Muskwe put the Chairboys in the driving seat as they took on Rotherham United. Jason McCarthy’s deflected shot on the 23rd minute doubled the lead, before substitute David Wheeler sealed the deal with the third goal in the second half.

Gareth Ainsworth’s new-look defence absorbed pressure from the Yorkshire side who threw everything at the blues throughout the second half, but the back-three stood resolute to keep the clean sheet and pull Wycombe off the bottom of the table.

Wycombe travelled to the AESSEAL New York Stadium to take on Rotherham United on Easter Monday. Both sides were as desperate to pick up three points as their position at the bottom of the Championship table might have suggested.

Ainsworth only made one change from the Chairboys side that beat Blackburn Rovers on Good Friday, with Dennis Adeniran entering the starting-eleven in place of injured Dominic Gape.

Wycombe made a near-perfect start against the Millers, taking the lead within the first minute. A long ball from midfield was flicked on and into the path of Admiral Muskwe, who made no mistake in stroking the ball past Viktor Johansson in the Rotherham goal and putting the Chairboys in the driving seat. Rotherham 0-1 Wycombe.

Despite taking the lead, Wycombe did have a little tremble in the fourth minute, as a long ball over the top saw some miscommunication from Josh Knight and David Stockdale - the miscue seeing Stockdale have to take the ball forward with his feet to avoid any danger.

It was Wycombe with the next few chances. First, a free-kick from Joe Jacobson on the left-hand side floated into the box, met by the head of Uche Ikpeazu - his effort ricocheted off his defender, into the path of goalscorer Muskwe, who this time fired high and wide off-target. Then, Muskwe again made an impact, winning the ball inside the Wycombe half, delivering a well-placed through ball for Anis Mehmeti, who beat his player but could only hit the side netting.

Wycombe had to absorb some pressure around the 15 minute mark as Rotherham looked to get level. The Millers’ captain Michael Ihiekwe headed wide from a well-timed cross, before Jack Grimmer’s tiniest of touches put Michael Smith’s cross beyond any Rotherham shirt and away for a corner.

Despite the pressure, it was Wycombe that doubled their lead in the 23rd minute. Ikpeazu bringing down an aerial ball, driving forward and delivering a cross from the left - initially cleared, the ball made its way to the feet of Jason McCarthy on the edge of the 18-yard-box whose powerful shot took a deflection to see it hit the back of the Rotherham net once again. Rotherham 0-2 Wycombe.

David Stockdale showed great agility in the 32nd minute to deny not one, but two Rotherham shirts from inside the 18-yard-box. Joe Jacobson also put his body on the line defensively as the half ticked on, and the Welshman paid the price as he had to go off injured - replaced by Anthony Stewart in the 43rd minute.

It was Muswke with the final chance of the half, combining well with McCarthy and getting the shot off. It was off target, but the blues were continuing to put the Millers under pressure to the very end of the half.

The Chairboys made another change at half time, with Anis Mehmeti making way for David Wheeler. Wheeler did well in the opening moments of the half, driving forward and winning a free kick from Rotherham’s Matt Crooks who had to elbow the Chairboy in the back to impede the attack.

The next 10 minutes or so were scrappy from both sides as they looked to get a foothold in the second half. Despite the scoreline, Rotherham looked the brighter side with some real chances to get back into it.

Adeniran, who had come into the starting squad for Gape, was proving to be a menace in midfield, breaking down a number of Rotherham runs of play, before winning a free kick in a good position on the right-hand side. McCarthy’s delivery towards the back post looked tasty, but Johansson was on hand to snatch it from the air and prevent any Chairboy effort on goal.

Wycombe were having to make every tackle count in order to impose themselves in the midfield, but Rotherham still had chances. David Stockdale was on hand to deny the Millers once again, before a collision with his upright saw the Wycombe number 31 down and receiving treatment.

Gareth Ainsworth made another change in the 77th minute, and it was big man for big man as Uche Ikpeazu made way for Adebayo Akinfenwa. It didn’t take long for the number 20 to make an impact - a long ball forward saw him flick on towards David Wheeler, who made no mistake in controlling and sending his shot under the onrushing Johansson and into the back of the Rotherham net. Rotherham 0-3 Wycombe.

Ainsworth looked to keep his team running at high-tempo as Curtis Thompson and Admiral Muskwe made way for Daryl Horgan and Garath McCleary.

Unsurprisingly, the fourth official indicated a long period of injury time - seven minutes for the Chairboys to see out. McCleary did well to put Angus MacDonald under constant pressure and win a number of throw-ins in the Rotherham half.

Rotherham threw everything and the kitchen sink at the Chairboys as injury time ticked on. Stockdale being called into action a couple of times, to punch away and collect Millers’ crosses. However, on the flip-side, Daryl Horgan was also throwing himself forward down the left hand side - the speedy Irishman worrying Wes Harding on a number of occasions.

Despite the pressure from the Millers, it was the Chairboys that came out victorious - a result that will see them jump off the bottom of the table for the first time in a while. A fantastic team performance which they will look to replicate against a hardy Luton side at home on Saturday. 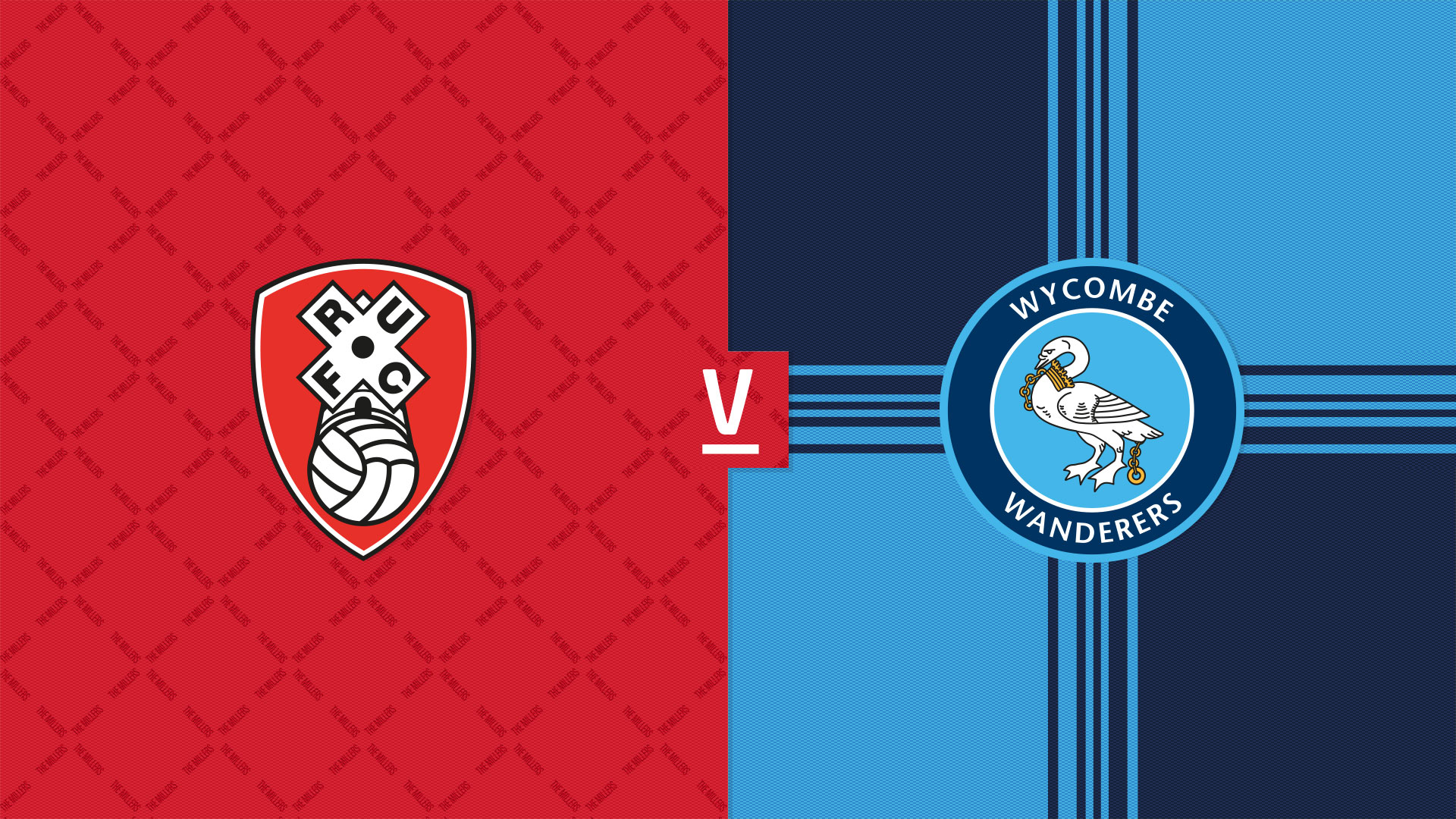 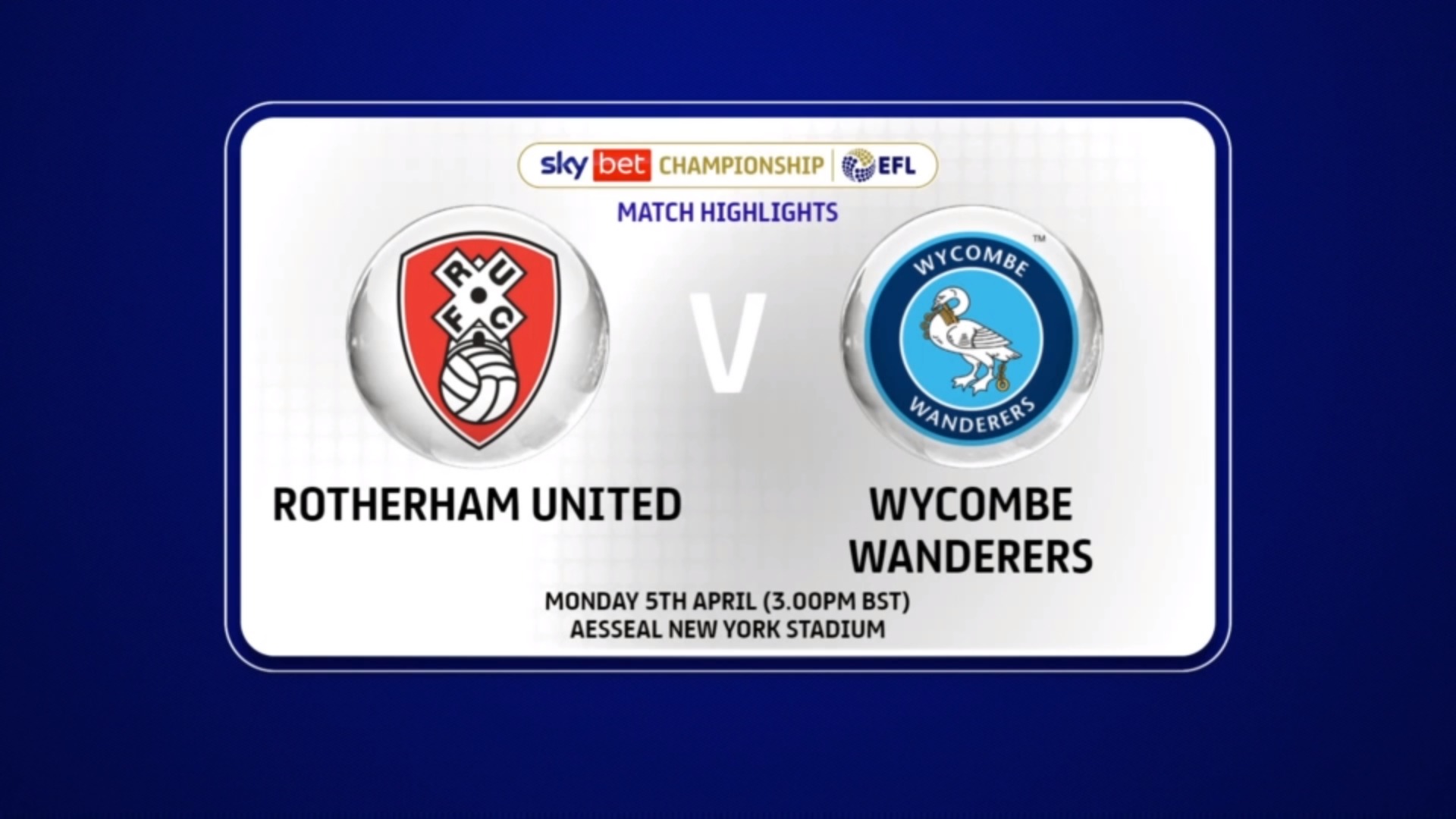 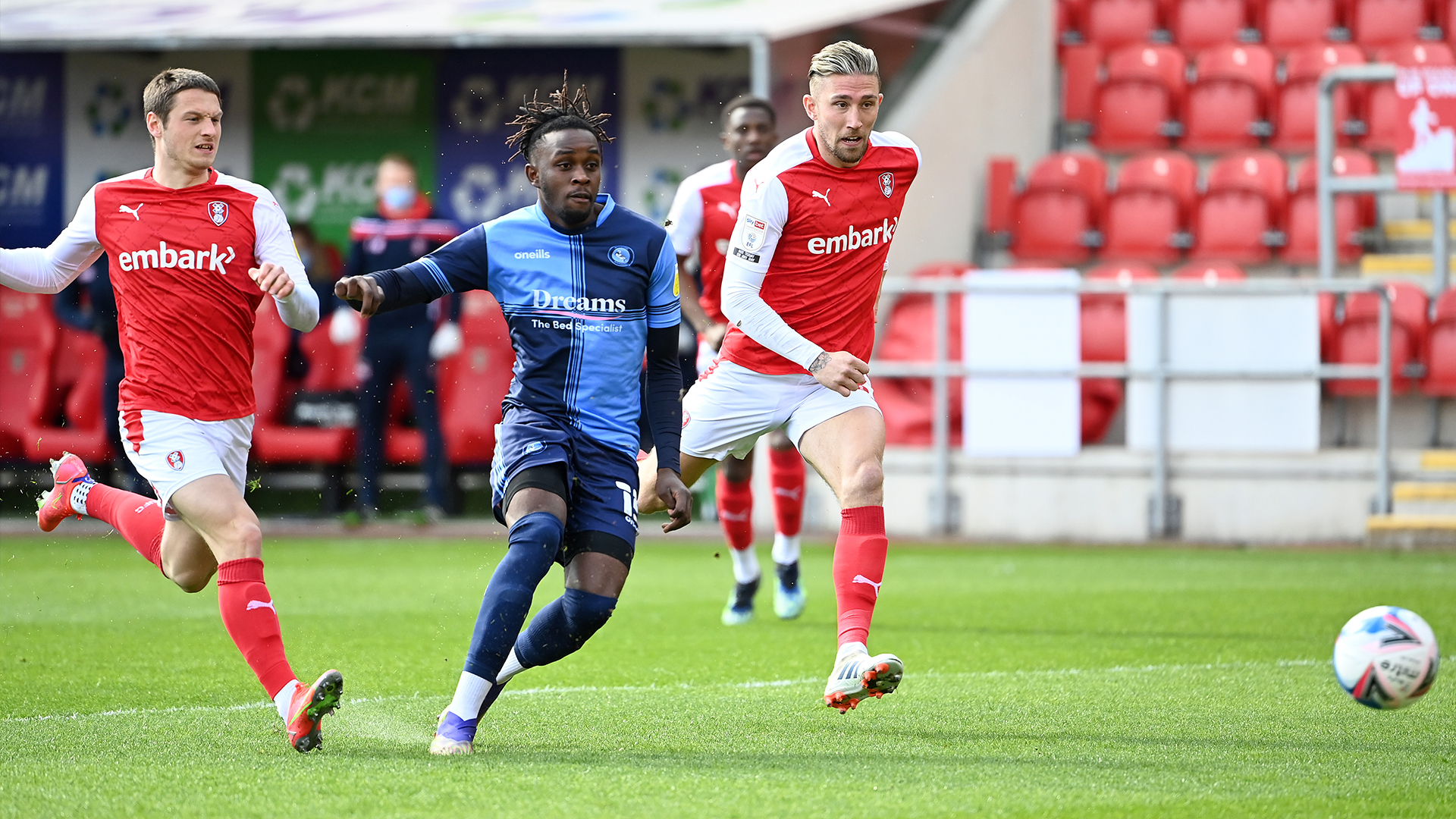