Your guide to matchday 44.

Adebayo Akinfenwa's last-gasp winner against Bristol City on Wednesday breathed new life into the Chairboys' survival hopes, and they return west again a week after a creditable display at Swansea, aiming for three points which could play its part in a grandstand finale to the Championship season.

Former Cardiff man Gareth Ainsworth knows his side need favours elsewhere, with Sheffield Wednesday, Rotherham and Derby all required to drop sufficient points to enable the Blues to leapfrog them, but will take heart from having the third-best form in the division over the past five games, and having defeated the Bluebirds earlier in the season.

That 2-1 win in December came in the midst of a seven-game winless streak for now-departed City boss Neil Harris, and new manager Mick McCarthy made a flying start to life in the dugout, though they've now only won of their last nine outings.

It's a first ever visit to the Cardiff City Stadium for the Wanderers, and a return home for former Bluebird Joe Jacobson, but there's no time for sentiment - three points are a must.

Last Time Out
Here are the highlights from the 2-1 win over Cardiff in December.

Kit
Wanderers will be in their red and white change strip for this match.

Man in the Middle
Matthew Donohue has shown 70 yellow and five red cards in his 27 matches in charge, which included Wanderers' 1-0 defeat at Bournemouth in which he showed a straight red card to Alex Pattison. He was also in charge of the 2-0 loss at Nottingham Forest.

A strike from Kieffer Moore on the 21st minute put Cardiff City in front and it wasn’t until late in the half that a foul on Fred Onyedinma in the box saw Joe Jacobson slot home from the penalty spot against his boyhood club. Moore was on hand again to hit home an effort after some scrappy defending in the second half, leaving Wycombe with too much to do.

Wycombe set up with the same starting-eleven that clinched all three points from Bristol City on Wednesday night, with Ryan Tafazolli coming back onto the bench for injured Adebayo Akinfenwa as the only change.

Neither side managed to get a real grip on the game during the first ten minutes. Wycombe were pressing high, but this did leave them exposed at the back at times. The first clear chance fell to the Bluebirds as some poor defensive play saw Joshua Murphy drive into the box from the left-hand side. To the relief of the back three, the Cardiff player’s shot wasn’t enough to beat David Stockdale in the Wycombe goal, who got down fast to smother the chance.

Despite the early chance for Cardiff, Wycombe were also creating chances. Uche Ikpeazu caused issues in dangerous areas - initially, some excellent solo work down the right saw the number nine in a good area to deliver, only to have his cross blocked by Cardiff captain Sean Morrison. Then some beautiful link up play in the same area of the pitch between Garath McCleary and Ikpeazu allowed the former to deliver a searching cross into the danger area. Curtis Thompson did well to get on the end of it, but the Cardiff defence did just enough to put him off, and his header flew high over the bar.

The Chairboys continued to press high up the pitch causing issues for the Bluebirds back line. Gareth Ainsworth’s shout of ‘cause some havoc’ to his attacking players was heeded, as Fred Onyedinma and McCleary outran their players on a number of occasions without creating the end product.

However, frustration began to creep into the Chairboys’ game as their chances didn’t come off - Cardiff drawing cheap fouls from Wycombe players all over the pitch. The Cardiff set-piece onslaught was ridden out, but Cardiff were able to carve a chance from open play. Kieffer Moore was the man who broke the deadlock on the 21st minute, as he picked up the ball on the edge of the 18-yard-box with some space and stroked the ball sweetly into the bottom corner.

The Bluebirds almost carved open the Wycombe defence again minutes later, as Perry Ng found himself in acres of space down the right-hand side. Dennis Adeniran did well to track back and Jacobson’s block of the Cardiff man’s shot saw the effort dribble into the gloves of Stockdale.

McCleary had a very bright ten minutes or so in which he was threaded through on numerous occasions. Firstly, a link up with Ikpeazu - whose chested ball evaded the Cardiff line - and saw McCleary deliver into an empty box. Then, his ball gave Onyedinma the perfect opportunity to drive into the box - his shot hitting the side netting.

Wycombe were then rewarded for their persistent pressure as Onyedinma was deemed to have been fouled in the box - the referee pointing to the penalty spot. It was fitting that Welshman Jacobson who spent his youth days with Cardiff City, stepped up to take. The captain slotted home past Alex Smithies, drawing the Chairboys level on the 41st minute.

Wycombe saw out the half, staying level. It was all to play for in the second half.

As the second half got underway, McCleary was again causing issues. Stockdale nearly got himself his second assist of the season as his long ball released McCleary down the right-hand side. The Wycombe number 19 was able to drive goalwards and get the shot off, but it flew into the empty stands behind the Cardiff goal.

Wycombe were really piling the pressure on, and Cardiff struggled to deal with it. Bluebirds captain Sean Morrison telling his side to ‘lift it’, as the Chairboys enjoyed some long periods of possession.

McCleary again brought Wycombe close to taking the lead as a beautifully timed ball from Adeniran saw a low, hard delivery into the box. The ensuing shot from amongst the melee is somehow stopped by Alex Smithies.

A minute later, the Chairboys had the ball in the back of the net, but it was not to be. Admiral Muskwe piling the pressure on the keeper who spilled into the feet of Onyedinma to hit home. The referee eventually bringing it back for a supposed foul on the keeper.

It was Cardiff that had the ball in the net next, and this time the referee wasn’t on hand to disallow it. Some scrappy defending saw the ball fall to the feet of Kieffer Moore, who made no mistake in doubling his goal tally for the day.

Gareth Ainsworth rang in the changes as the half ticked on, as Adeniran, Muskwe and Grimmer made way for David Wheeler, Anis Mehmeti and Ryan Tafazolli.

Wycombe continued to push for the equaliser, with a number of Jacobson corner deliveries flying into the box with no finish in sight - the closest chance coming off the head of substitute David Wheeler and flying behind. Cardiff also came close in the closing stages, as Marlon Pack’s effort flew off the post and off for a corner.

Gareth Ainsworth’s final change came in the 88th minute, as McCleary, who had worked unbelievably hard throughout the game, made way for Alex Samuel. But with five minutes of time to be added on, it was too much for the Wycombe boys to bring back. They threw everything at it in the closing minutes, with Stockdale making his way up the pitch again for a number of corners only to head wide in stoppage time.

Will Vaulks was sent off deep into the last five minutes for a foul on Curtis Thompson, but the free-kick that followed just didn’t go anywhere, and Cardiff were able to clear their lines once again.

A hard one to take for the Chairboys, who had some really clear cut chances throughout the game. 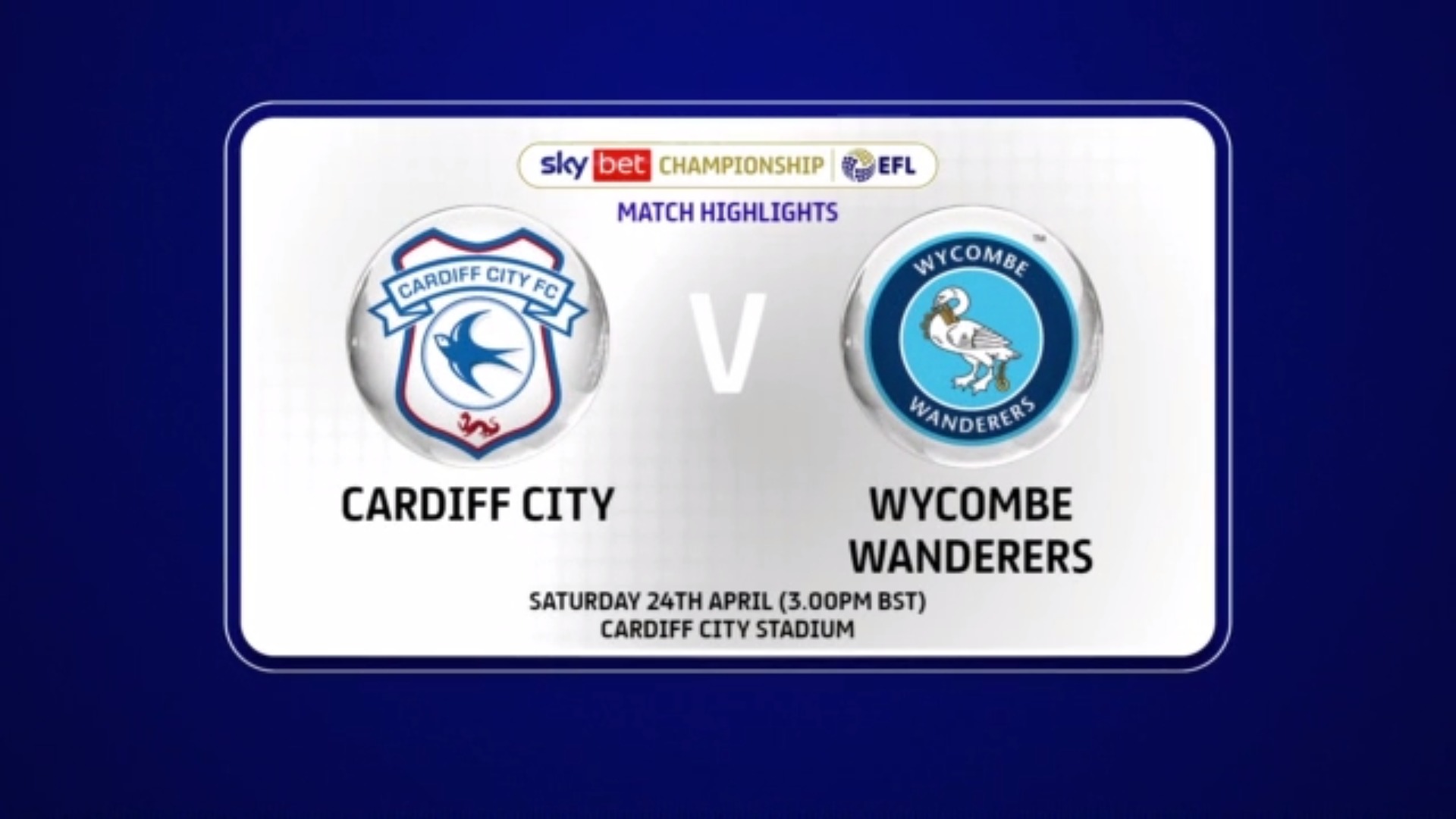 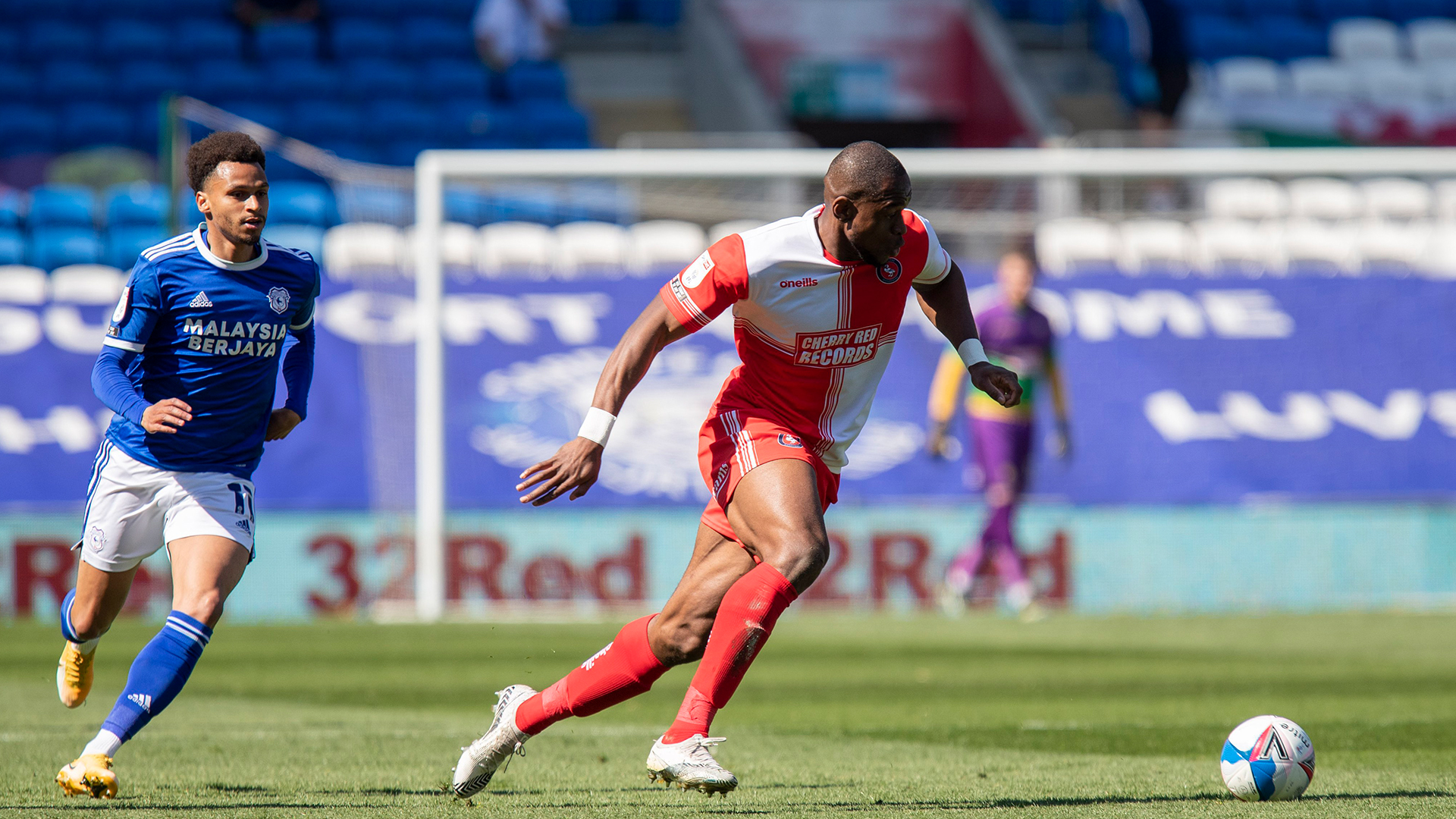